SEVENTEEN people have died and dozens are injured after a restaurant collapsed during a birthday party.

A huge rescue operation has been launched to save diners still trapped in the rubble in Linfen, China. 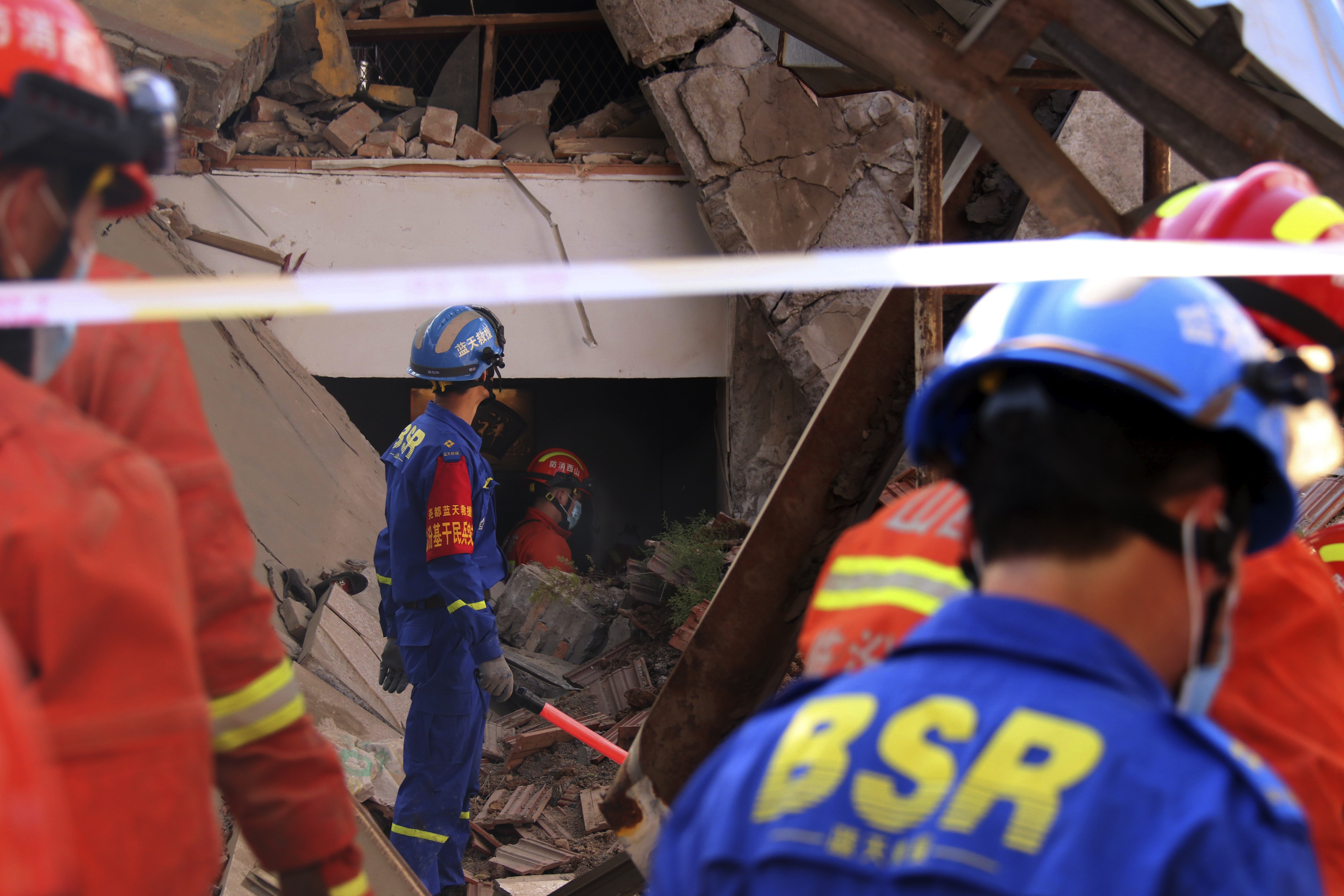 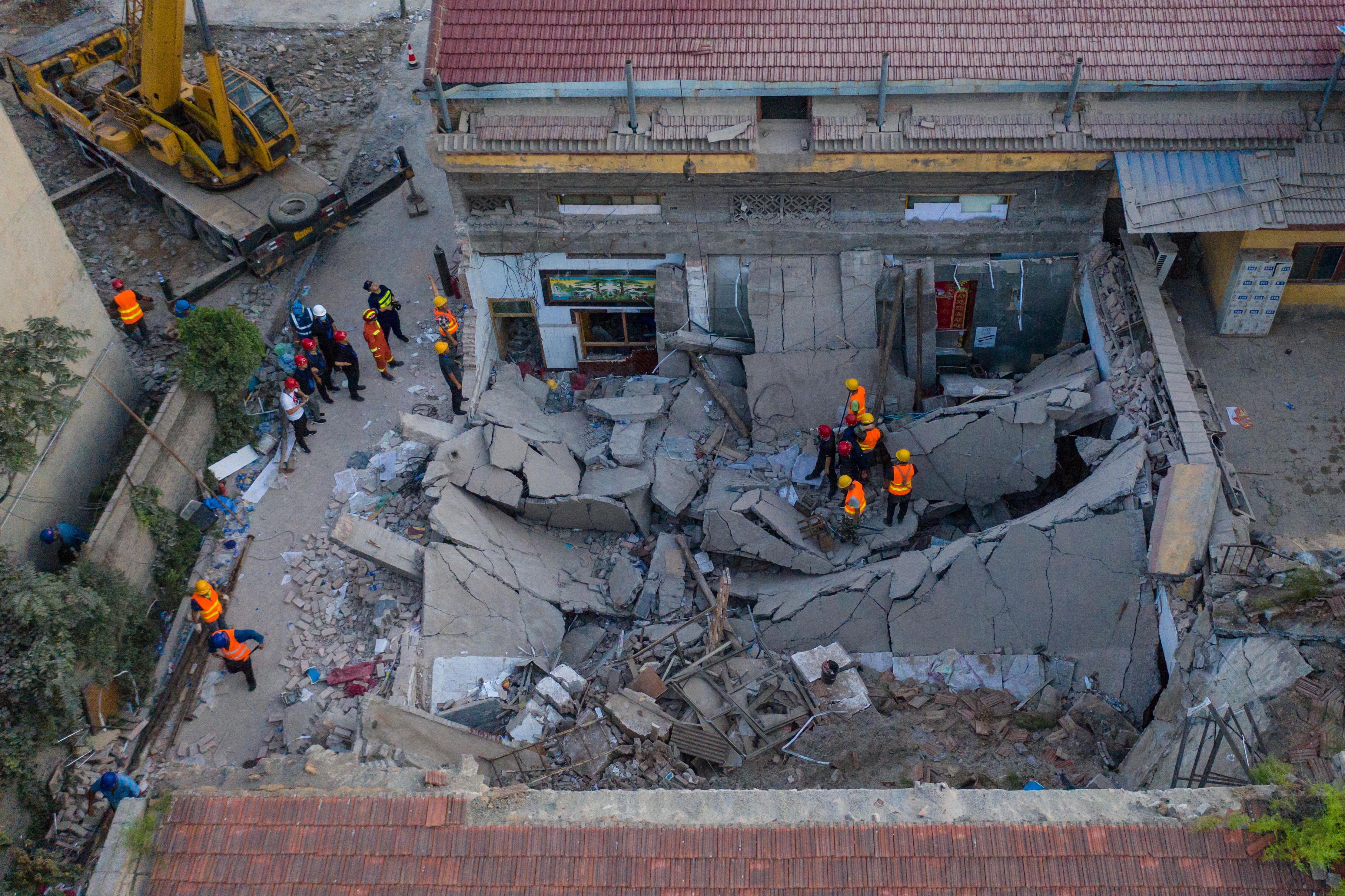 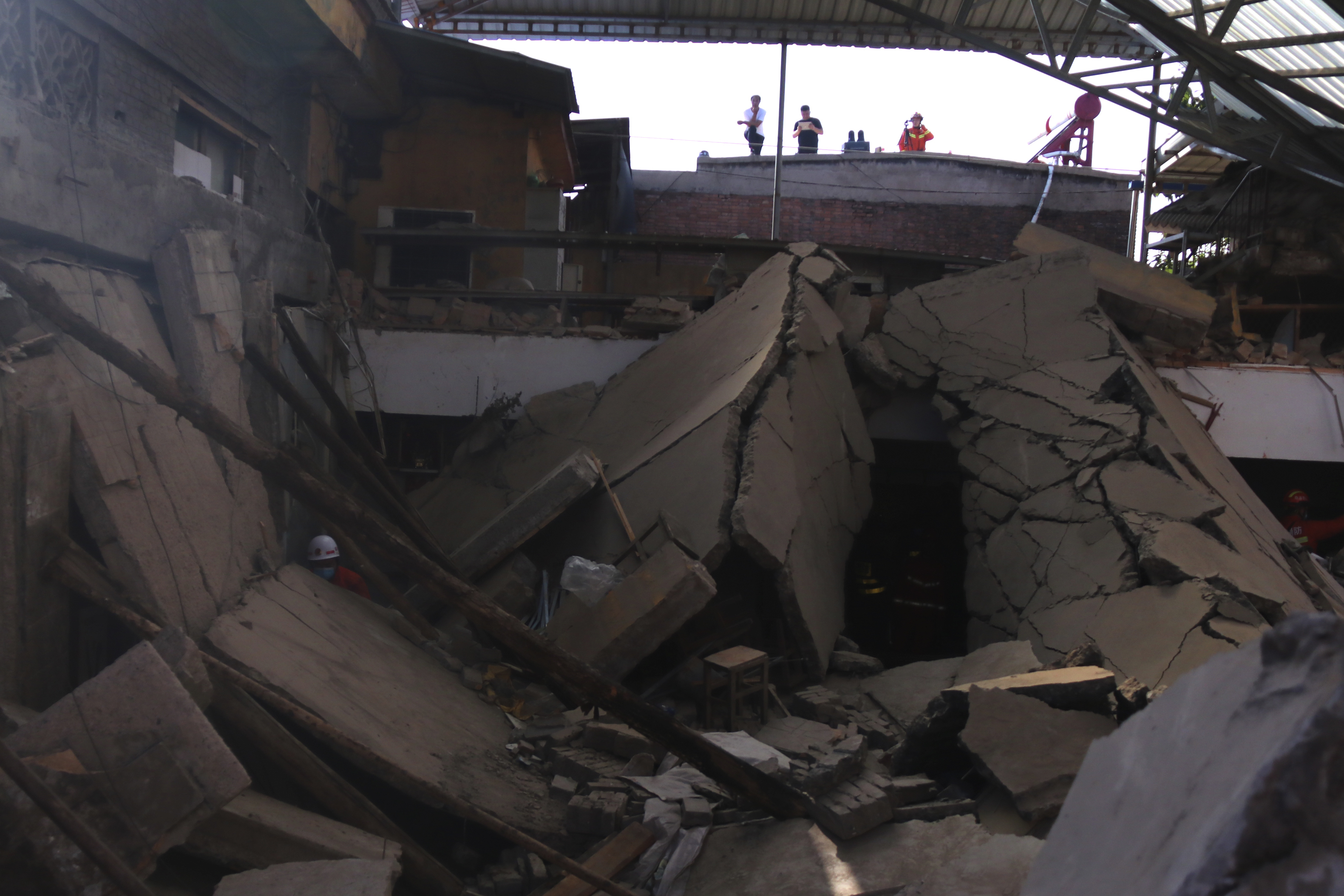 Almost 50 people – including those killed in the horror today – have been recovered from the two-storey site.

And seven people have been rushed to hospital with serious injuries amid fears the death toll could rise.

According to Chinese state media, the party-goers were at a birthday bash when the restaurant collapsed on top of them.

Dramatic images show hundreds of rescue workers sifting through the rubble in a desperate hunt for survivors.

The death toll originally stood at five but has increased throughout the day as more bodies are discovered in the debris.

The cause of the collapse is still under investigation amid reports there could have been illegal construction on the large restaurant.

A report by the Global Times said: "45 people have been rescued at the scene of the collapse accident, of which 17 were killed.

"At around 9.40am on the 29th, the building partially collapsed, causing many people to be buried." 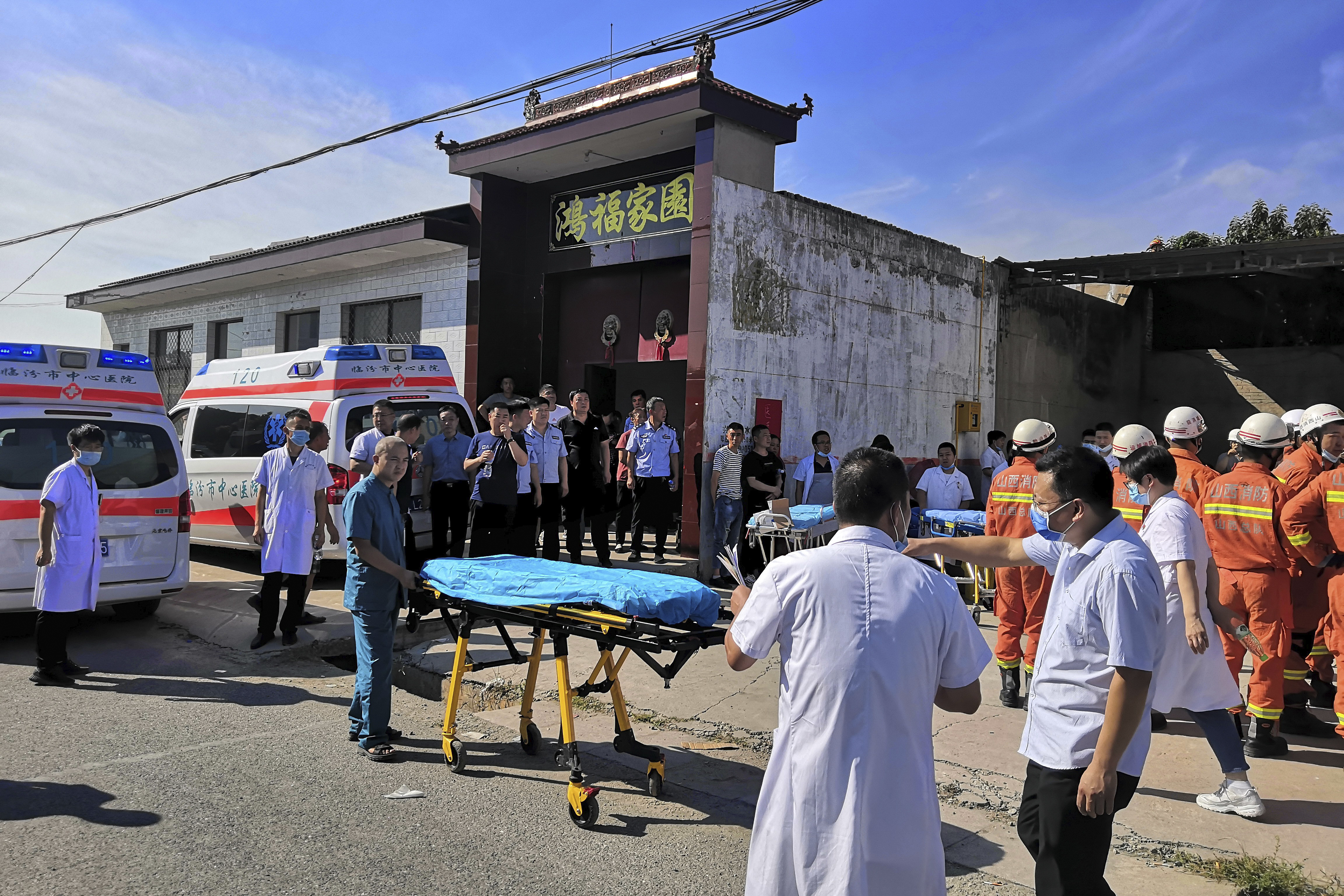 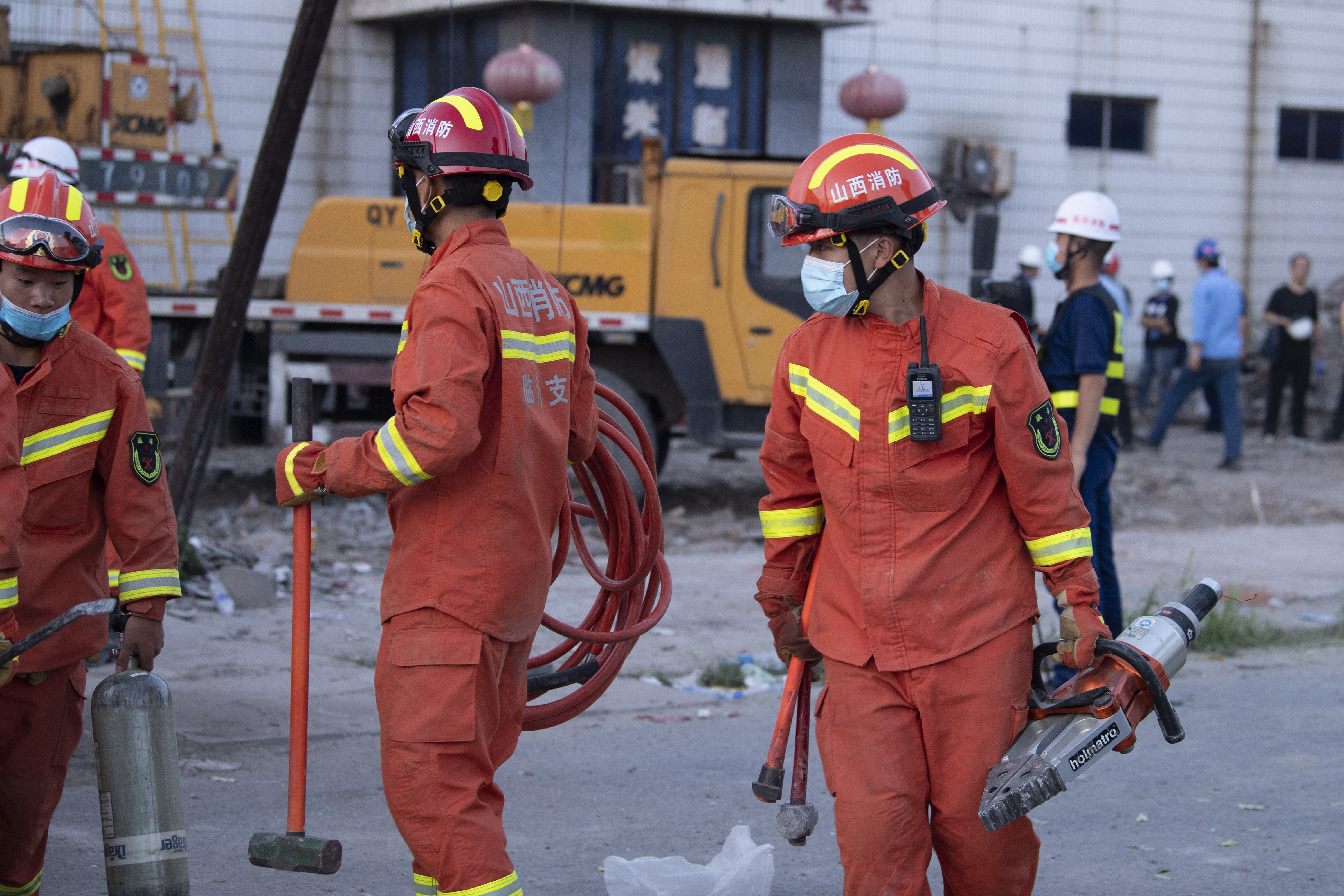 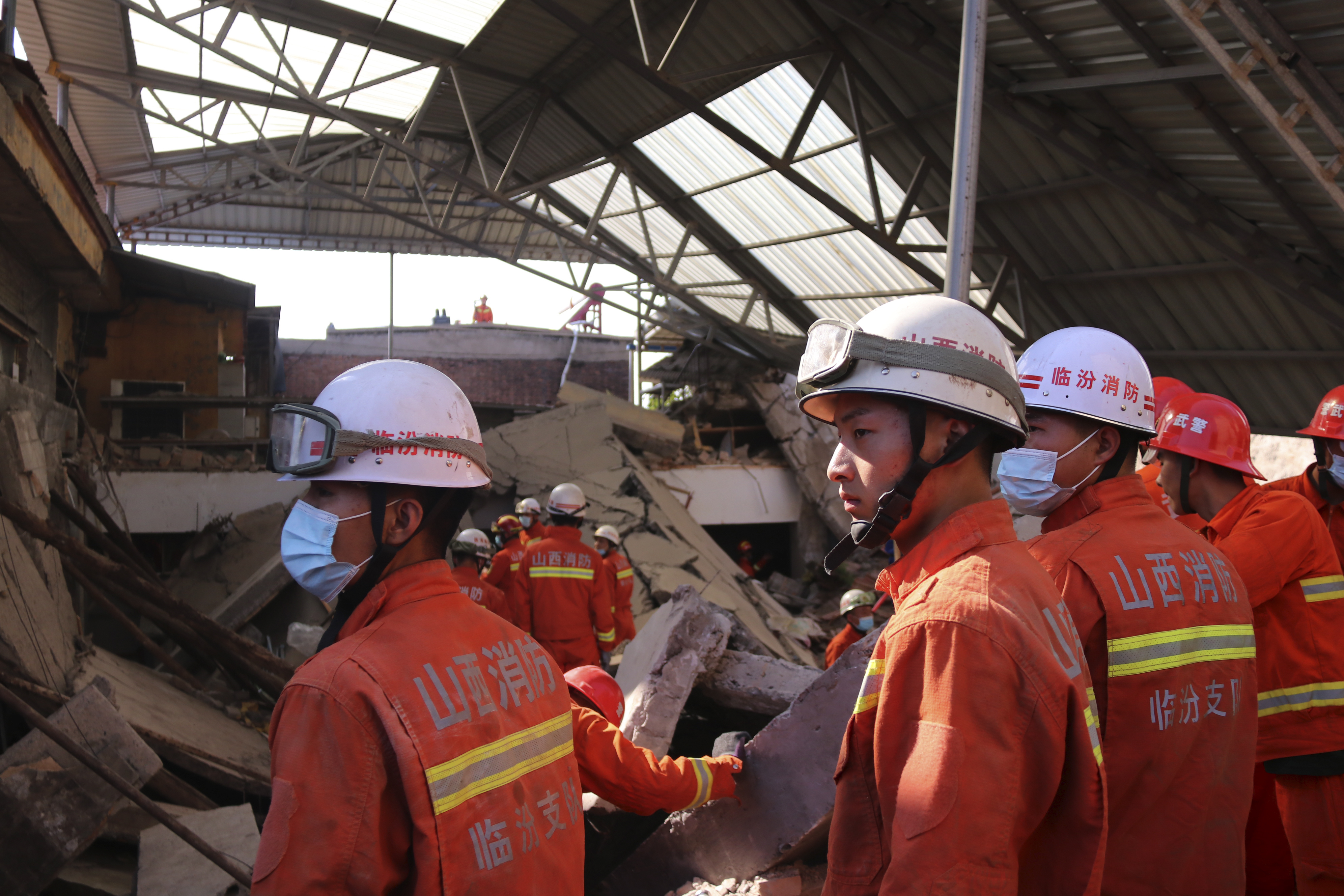 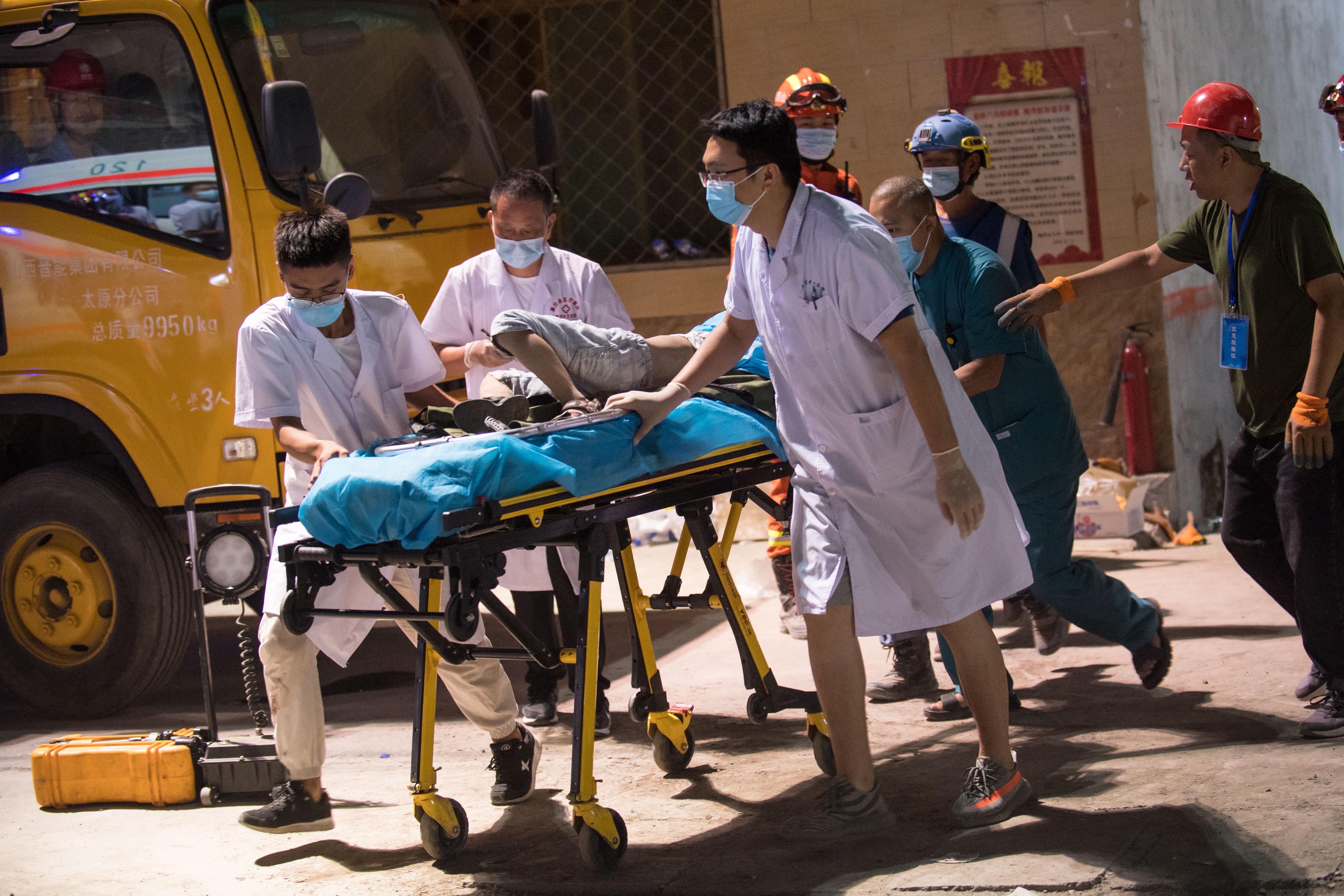