Figures show complaints to local authorities jumped by 13 per cent on the year before.

It came as councils paid out £2million in compensation to drivers for damage to their vehicles caused by potholes. 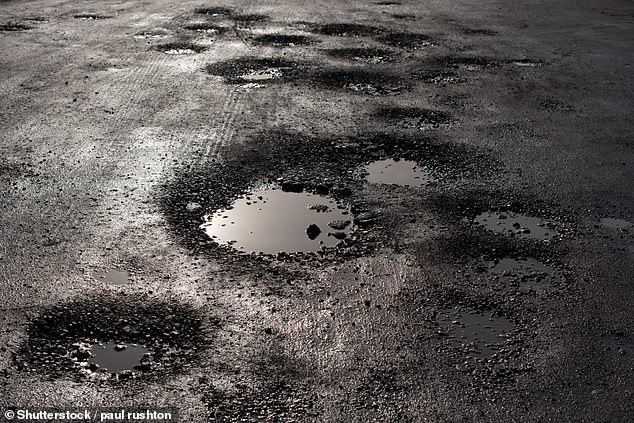 More than 700,000 complaints have been made across Britain due to the pitted state of the roads 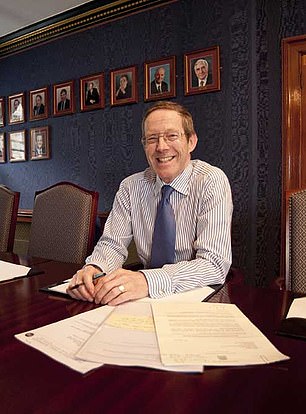 National chairman of the federation of small businesses (FSB), Mike Cherry has pointed out the importance of well maintained roads to small business owners

The data, released by councils following Freedom of Information requests by the Federation of Small Businesses (FSB), provides a snapshot of the state of the country’s roads.

Authorities in the North East received the largest number of complaints, registering more than 100,000, followed by Yorkshire and The Humber (92,000), the South Central region (almost 88,000) and the South West (just over 80,000).

According to the figures, councils spent £950million on road repairs during the year – an increase on the £821million bill in the previous year.

More than 31,600 claims were made by drivers for vehicle damage as a result of potholes or damage. Some 7,706 of those were successful with £2.0million paid out in compensation – an average of £257 per claim.

The FSB, which compiled the information, said it showed that potholes were a ‘major blight on the nation’s roads’ and warned of the impact they have on small businesses.

‘Our members rely heavily on the local road network, with their staff, customers and trade deliveries, dependent on fast and efficient road networks.

‘Poorly looked-after roads peppered with holes and cracks not only hamper their ability to do business, but lead to damaged vehicles, which are often vital assets to small firms working without large capital reserves.

‘These figures show just how widespread the issue is and it’s clear that the Government and local authorities need to sit up and take notice.

‘Measures like more funding for local authorities and improving the coordination between authorities and utility companies, will go some way in helping ease the burden of this ever-growing issue.’ The figures come after a report by MPs last month claimed that almost £10billion is needed to fix the huge backlog of repairs.

The Commons transport committee said town halls faced with budget cuts from central government were resorting to a ‘make do and mend approach’.

Rather than resurfacing stretches of crumbling tarmac at greater expense, potholes are filled in on the cheap – often quickly opening up again.