Dozens of adoring fans gathered for a vigil honoring Naya Rivera on Saturday night at the lake where the Glee star tragically drowned last month.

The event organized on the Twitter fan page ‘Naya Army’ was held at an overlook above Lake Piru outside Los Angeles that was decorated with photos of the 33-year-old actress and hundreds of tiny mementos.

It offered fans a chance to say their goodbyes to Rivera by sharing stories of how she affected their lives.

Many praised Rivera’s breakout role as Santana Lopez on Glee, saying that her portrayal of the lesbian character inspired them to come out.

‘After seeing them on TV, I was like it is okay to be different,’ another added. 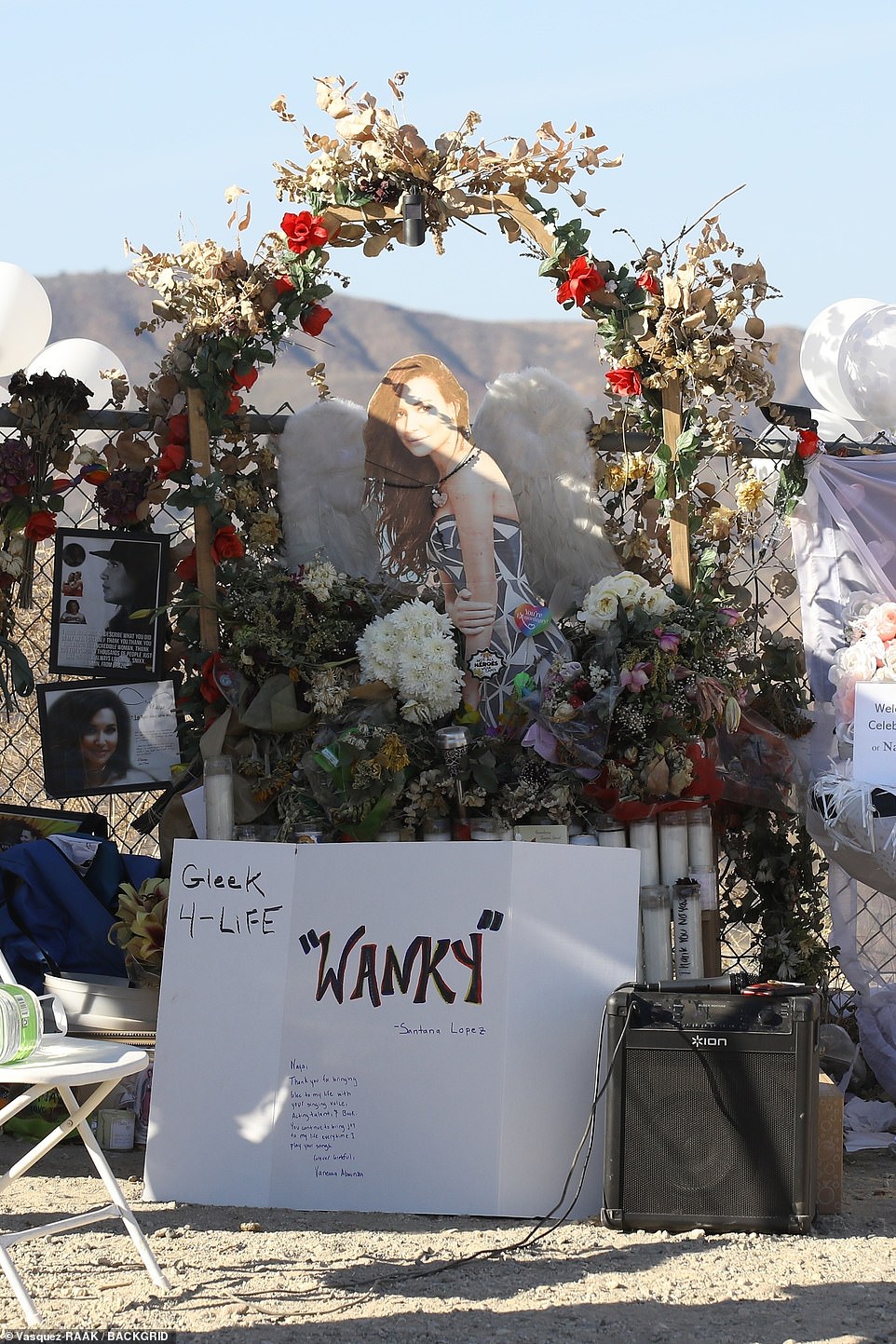 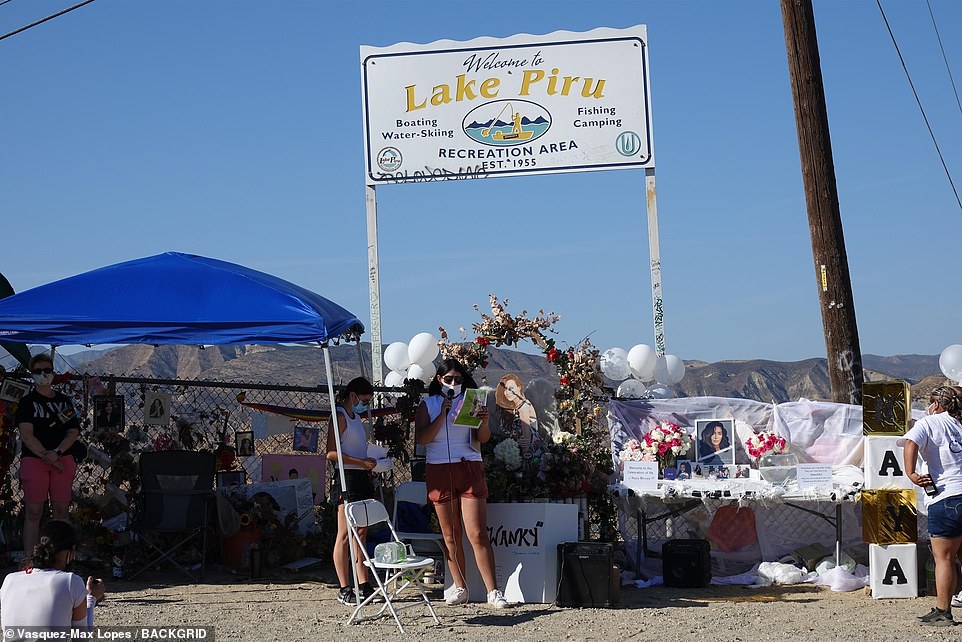 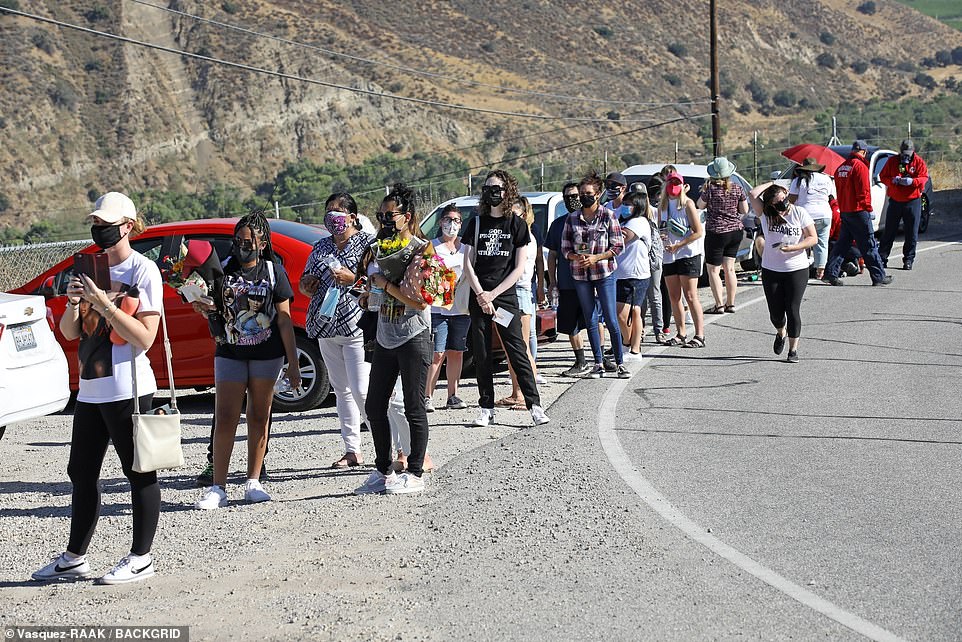 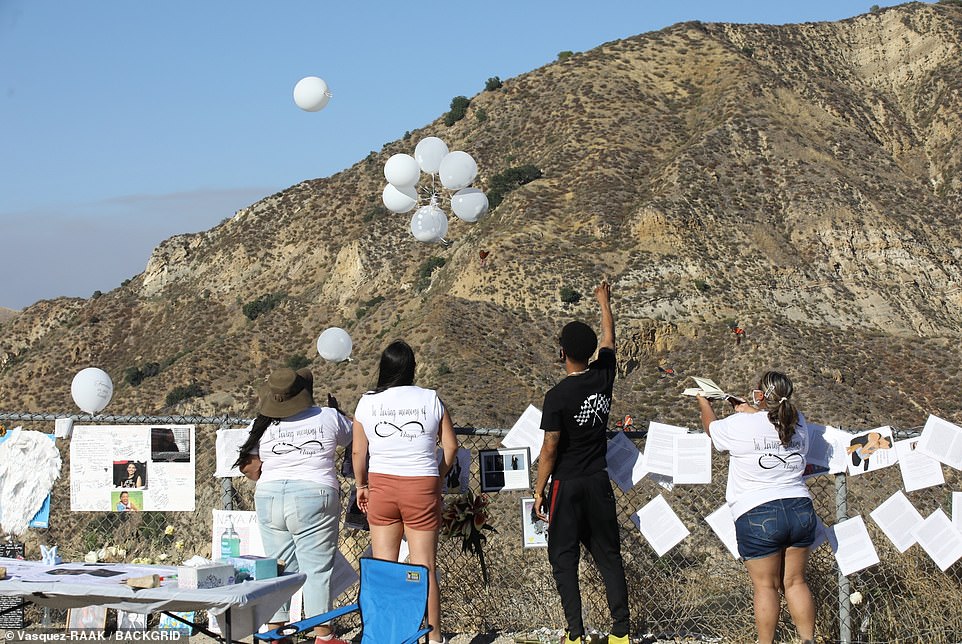 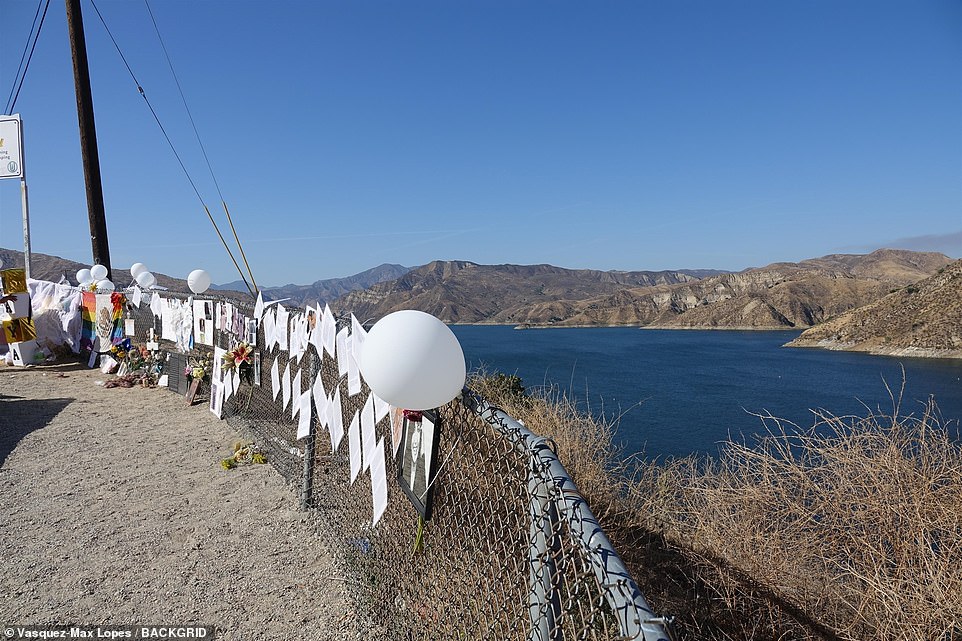 Fans brought a variety of different tributes to place on the fence overlooking Lake Piru, where Naya lost her life on July 8 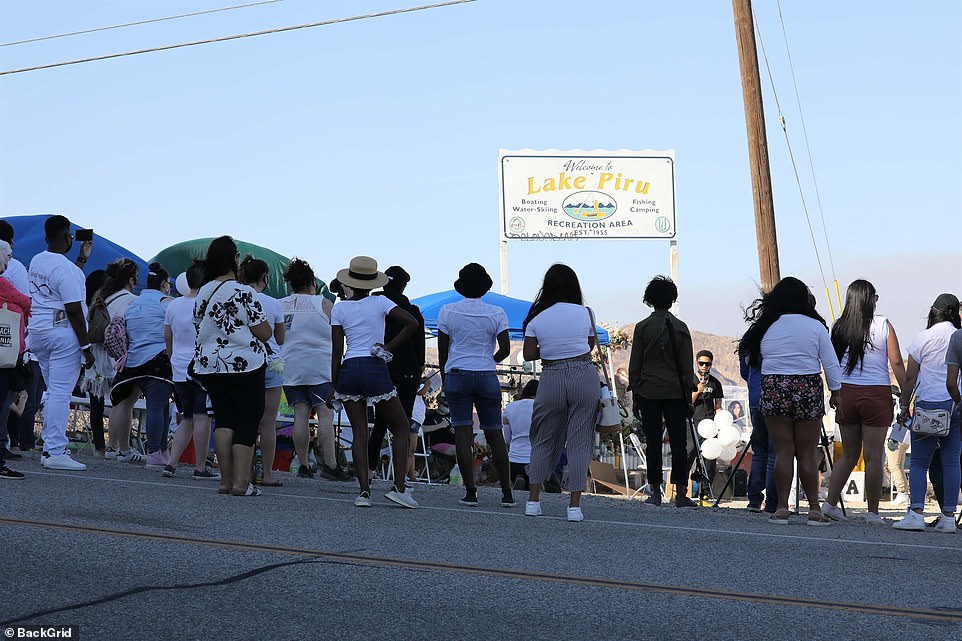 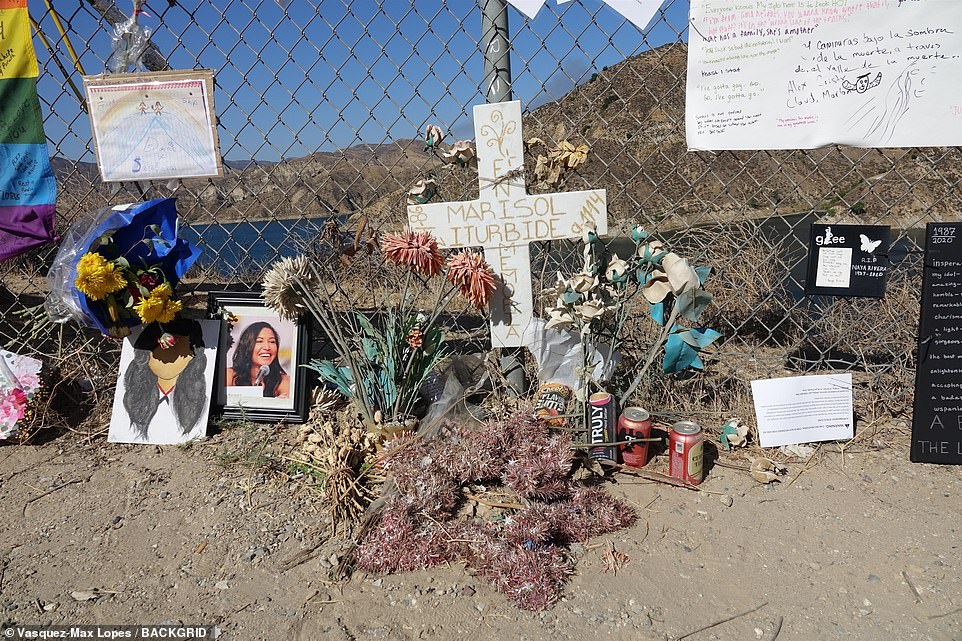 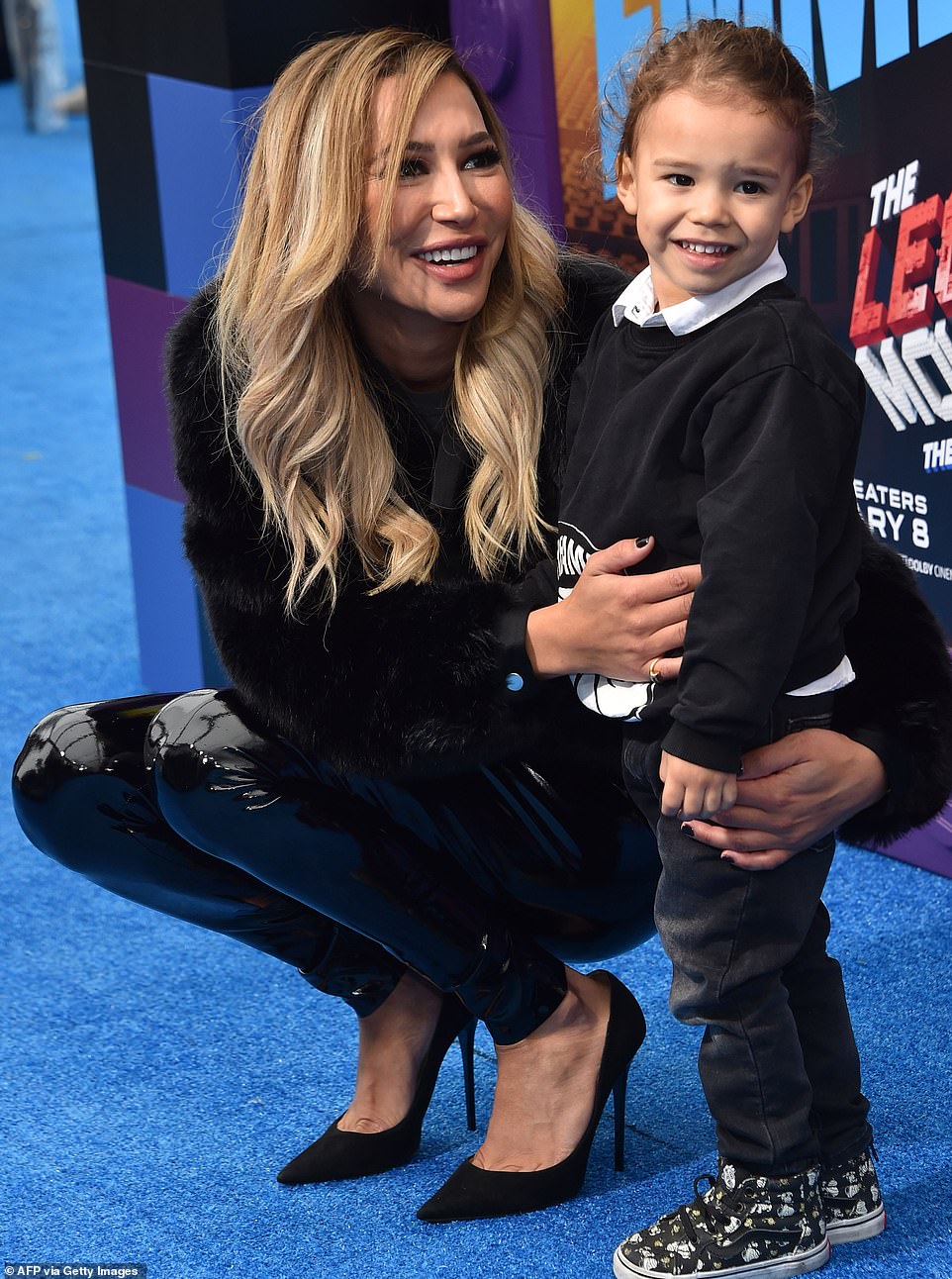 The vigil drew fans from around the US, with some people driving all the way from Oregon and Indiana to pay their respects.

Attendees practiced social distancing as they lined up and waited for their chance to take the microphone on a makeshift stage surrounded by flowers, candles and crosses. 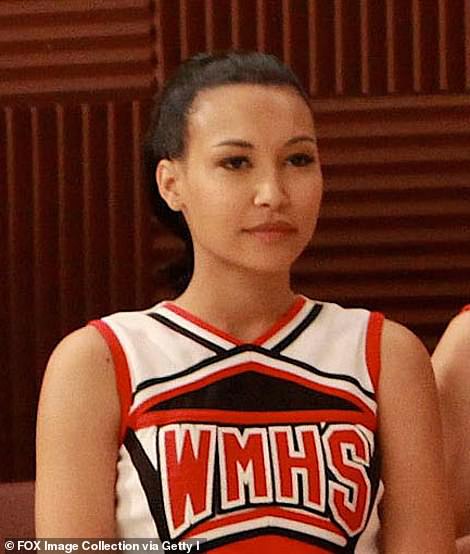 At the center of the stage a life-size poster of Rivera smiled down at the fans who left behind even more mementos than were already there.

Despite the tragic circumstances that brought them together, the fans kept things light and honored Rivera by dancing to some of her favorite songs.

Liset Ortiz, who organized the event, said: ‘It’s terribly sad but we wanted to celebrate her life and her talent.

‘We want to show how much love there is for her.’

The vigil was held just over a week after Rivera was buried on July 24 at the famous Forest Lawn Memorial Park cemetery in the Hollywood Hills.

New details about the actress’ fatal accident were revealed in a death certificate on Thursday which said she drowned within minutes of falling into the lake nearly four weeks ago.

Rivera went missing on July 8 during a visit to Lake Piru with her four-year-old son Josey.

Authorities began searching for the star that night after they found Josey asleep in his life jacket on the pontoon boat his mother had rented.

Her body was recovered four days later in the lake.

An autopsy determined that her death was accidental, with no underlying causes or ailments. No drugs or alcohol were present in her system either.

According to authorities, Rivera’s last moments were spent saving her son.

Police said it appeared Rivera ‘mustered enough energy to get her son back on the boat, but not enough to save herself’.

‘We are so grateful for the outpouring of love and prayers for Naya, Josey and our family over the past week.

‘While we grieve the loss of our beautiful legend, we are blessed to honor her everlasting legacy and magnetic spirit. Naya was an amazing talent, but was an even greater person, mother, daughter and sister.’

The organizers of Saturday night’s vigil said they will collect most of the tributes posted at the overlook and present them to Rivera’s family, but some of the items will stay at the site as a memorial. 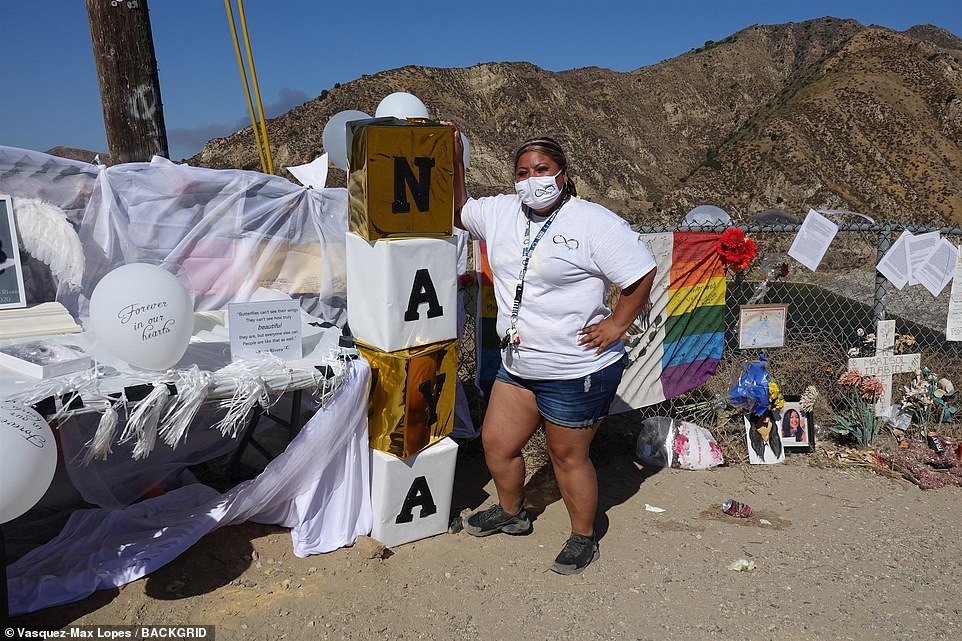 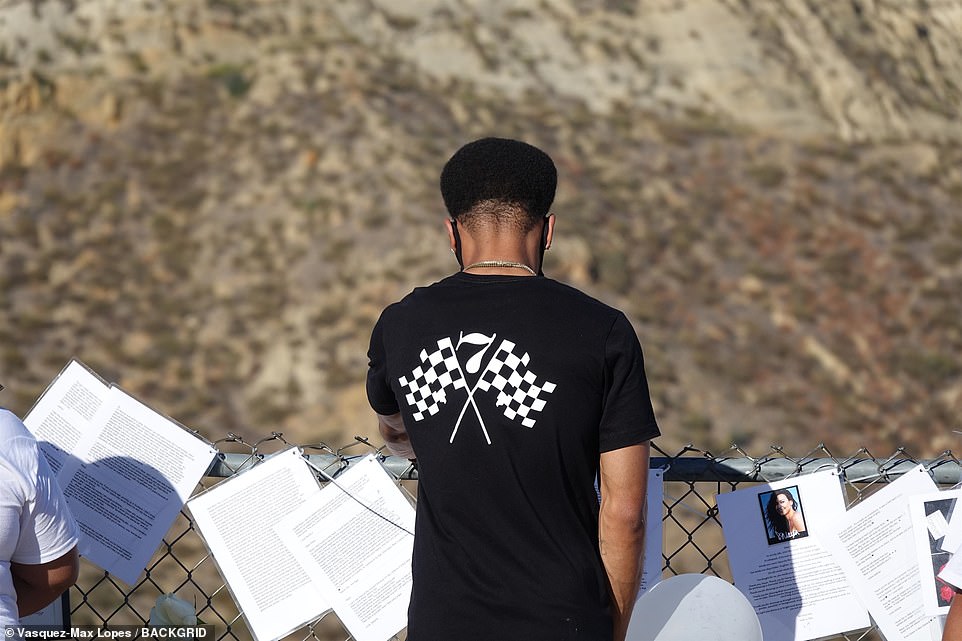 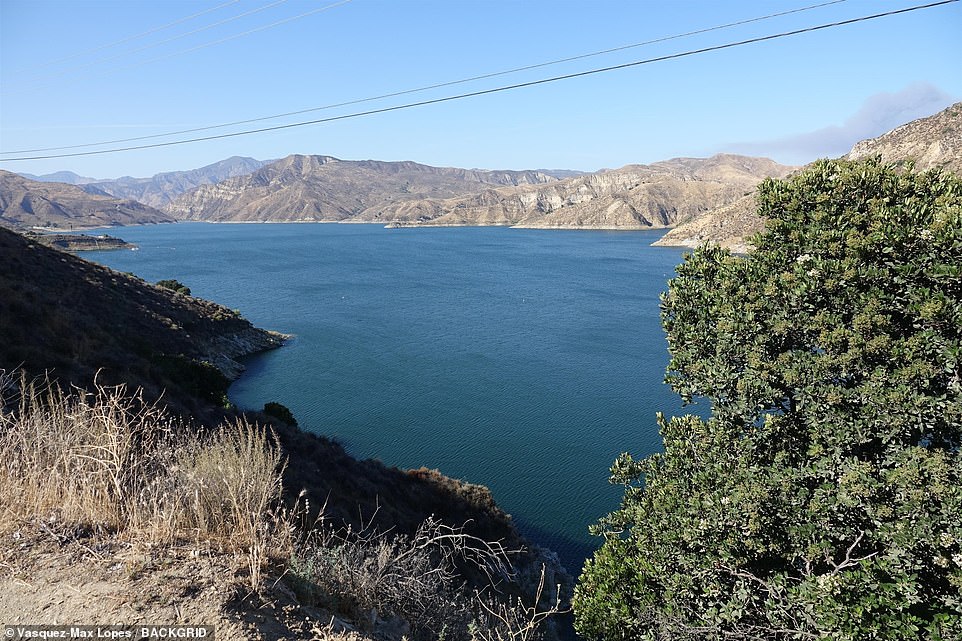