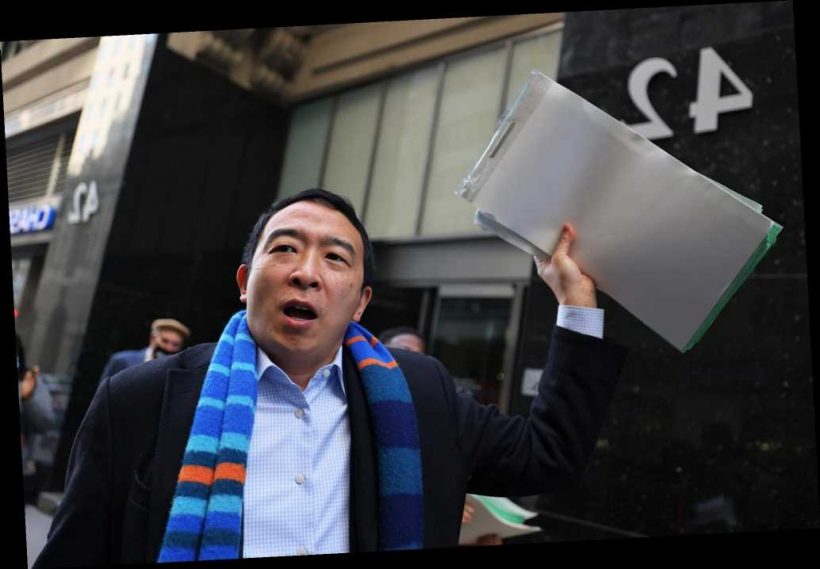 Yang says Midtown beating victim ‘could have easily been my mother’

The scare-Crow tactics of Democrats: Goodwin

Andrew Yang is backing a plan to convert the dormant Long Island City waterfront into the city’s first green energy hub if elected, the mayoral candidate told The Post.

Yang on Wednesday will hold an event along the Queens side of the East River — near the site where e-tail giant Amazon had intended to build a giant East Coast headquarters.

But the Amazon project fizzled out two years ago following local opposition.

Yang is now endorsing an ambitious $250 million proposal to build a green energy plant that would generate power for local residents and businesses — including NYCHA’s Queensbridge Houses, the largest public housing complex in the country.

Yang emphasized the River Green Power project — to be built on private poverty on Vernon Boulevard between 43rd and 44th Avenue — will create good jobs to help spur a Big Apple economic revival from the pandemic-fueled recession as well as generate clean energy for the area.

“Our City lost 700,000 jobs during the pandemic and the truth is that right now our recovery is behind much of the rest of the country. As mayor, I’m going to be laser focused on creating jobs and getting New Yorkers back to work,” Yang said.

“Beyond the extraordinary challenge we have ahead of us to rebuild our city’s economy, we also have to think about how we can create jobs that also fight the threat of climate change. And I believe we can do both right here in communities like Long Island City.”

He continued, “the proposed River Green Power plant is exactly the kind of innovative, job-creating green infrastructure projects we should be backing not just to get our city back on its feet, but back on its feet and sprinting towards the future. This project alone will create 1,000 of those jobs and a sustainable source of energy for years to come.”

The Post exclusively reported last week week that Bruce Teitelbaum, the general partner of RiverLinC, has held preliminary discussions with city and state officials about building a plant there that could provide eco-friendly energy to others in the area — generated from river water, as well as through solar and geothermal energy. Michigan-based DTE Energy would build and operate the plant.

Yang said Queensbridge residents now must rely on decades-old steam heating systems and many tenants do not have any air conditioning.

The plan also calls for job training for Queensbridge residents and scholarships for young residents.

Queensbridge tenants are excited about the project.

The $250 million privately financed green geothermal power plant facility would be the centerpiece of a pilot green energy district, which have already been successfully built in cities like Toronto.

The plant would use a combination of an intake-outtake system with the East River as well as 500 geothermal bores each drilled down to 850 feet to provide sustainable heating and cooling services for neighboring buildings, via a closed system of water circulation integrated with the ventilation systems of individual buildings.

Local building owners in the area could, but would not be required to, opt-in to the system.

The project is estimated to create over 1,000 jobs as part of the construction, design, engineering, and operations and ongoing maintenance and service jobs when completed.