A FORMER assisted living center employee faces corpse abuse charges after she was caught on video prodding a woman's dead body and smiling over her corpse.

Ashley Mishay Williams turned herself into police on Thursday in Alabama and has been charged with the class C felony offense. 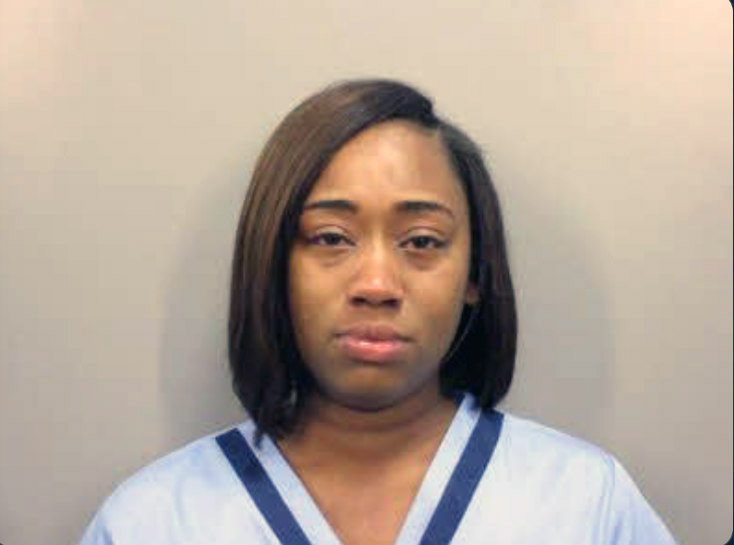 Disturbing footage circulated on social media that appeared to show the 23-year-old employee poking and touching the body as well as opening the eyes of the dead woman, according to WALA.

Williams allegedly looked directly into the camera and smiled over the woman's corpse.

The recording was captured at The Brennity, an assisted living center in Daphne that helps seniors and provides intensive care for residents with Alzheimer's disease and other forms of dementia.

Sagora Senior Living, the facility's parent company, told the news station it was aware of the incident, which was reported to cops on August 18.

Company officials asked for respect and privacy for the deceased woman's family.

"First and foremost, we find the actions in this video to be completely unacceptable, inappropriate and not in line with our Resident First philosophy that we strictly uphold at our communities,” the company said.

Williams turned herself in to authorities on September 3 and has since been terminated from her job at The Brennity, which cops said provided full cooperation during the investigation.

"We can confirm that this associate is no longer with Sagora Senior Living as we will not tolerate behavior like this," the center said.

Daphne police confirmed to WALA it has taken a report detailing the incident.

But an investigator told the station that the department wouldn't release the report until it has been approved and redacted.

At a hearing on Friday, Baldwin County's Assistant District Attorney Mary Anne Flippo asked a judge to revoke Wiliams' $5,000 bond, which she had posted following a prior arrest on drug possession charges.

Daphne police initially told WALA that Williams was unlikely to face criminal charges for the incident at The Brennity.

"Initially, we thought that, but then we consulted with the DA’s Office and found that probable cause did exist," said Sgt. Jason Vannoy.

Williams' latest arrest hasn't been her only run-in with the law.

Court records obtained by the news station show she was pulled over for reckless driving on US 98 and Baldwin County 64 on June 13 – the day after the alleged incident at The Brennity.

She has also been cited for speeding and texting while driving.

Her criminal record dates back to age 18, when cops charged her with disorderly conduct related to a fight with another student at the CF Taylor Alternative School in 2015, to which she pleaded guilty.