A group of 19 Australian women and children have been taken from their beds in a midnight raid at the al-Hawl camp in north-eastern Syria and moved to another detention centre 100 kilometres away as part of an operation by Kurdish officials to reduce the population of the overcrowded camp.

Twenty Australian women, former wives of Islamic State fighters, and their 47 children have been trapped in deteriorating conditions in al-Hawl since the final fall of the "caliphate" in early 2019.

But on Sunday night, five women and 14 children were moved, some barefoot and in handcuffs, after their tents were raided and searched and their bedding destroyed, according to onlookers at the camp. 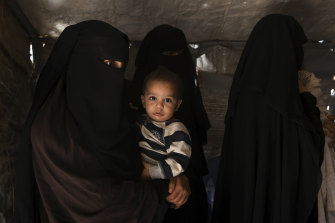 The Australian-based spokesman for the group, Kamalle Dabboussy, said one family from Sydney and one family from Melbourne were searched out by name and then taken away, some in handcuffs. Everyone on the camp's "Australia Street" was terrified.

Kurdish media agency the Rojava Information Centre confirmed in a message to The Age and The Sydney Morning Herald on Tuesday that "hundreds of women and children are being transferred from al-Hawl to another camp, Roj, which is smaller, better equipped and in general a much better environment. The aim is to reduce pressure on the foreigners' section in al-Hawl by moving out 'less radical' ISIS members and their children."

Asked about reports of rough handling, the media agency's spokesman said: "I mean, it's a detention facility … some of the women are trying to hide to resist the transfer. The camp authorities are perfectly within their rights to search the tents and conduct the transfer at midnight."

More transfers are planned, the spokesman said, adding that al-Hawl was "in a crisis situation" so it made sense to "get some of the women out and work on them in Roj".

"There has only been one successful escape from Roj to my knowledge," he said, "whereas al-Hawl is a leaky bucket." 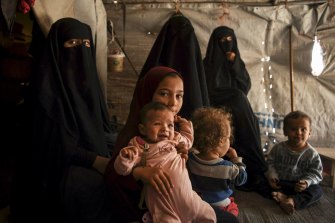 While mobile phones are banned in both camps, it is much harder to smuggle them into Roj, the Kurdish agency said.

Mr Dabboussy believes his daughter Mariam was not one of those who was taken, but said he has not had any contact from her or any of the other family members he supports since the raid on Sunday morning (Australian time).

He has also had no information from the Australian government, which has persistently ignored requests from the Kurdish authorities and the United States to bring the women and children back to Australia.

Home Affairs Minister Peter Dutton has repeatedly cited the safety of Australian public servants as preventing any such action. A spokeswoman told the ABC the government was monitoring the situation but it was too dangerous to provide consular assistance to the people in the camp.

"They are playing politics with people's lives," Mr Dabboussy said on Tuesday. "The government is impotent in trying to care for these children and vulnerable women. The government has said they're able to get home if they can get to an embassy, but nobody is allowing them to get to a safe place."

Mr Dabboussy said most of the women and children were sick in the camp in the 45-degree days of a Syrian summer. Food deliveries were not regular, there was no running water and medical facilities were inadequate.

"I am in total despair. I can't find the words. I'm so connected to them that I cannot fathom what they must be going through and I'm here feeling helpless and increasingly upset that it's coming to this," Mr Dabboussy said.

Mat Tinkler, deputy chief executive of Save the Children in Australia, said he was deeply concerned about the wellbeing of a number of Australian children following the "disturbing" reports.

“Australia has had numerous opportunities and offers of assistance to bring these Aussie kids and their mothers home from one of the most dangerous places on earth, but failed to do so. The government must do everything possible to ensure the safety of these Australian children and women, and those remaining in al-Hawl."