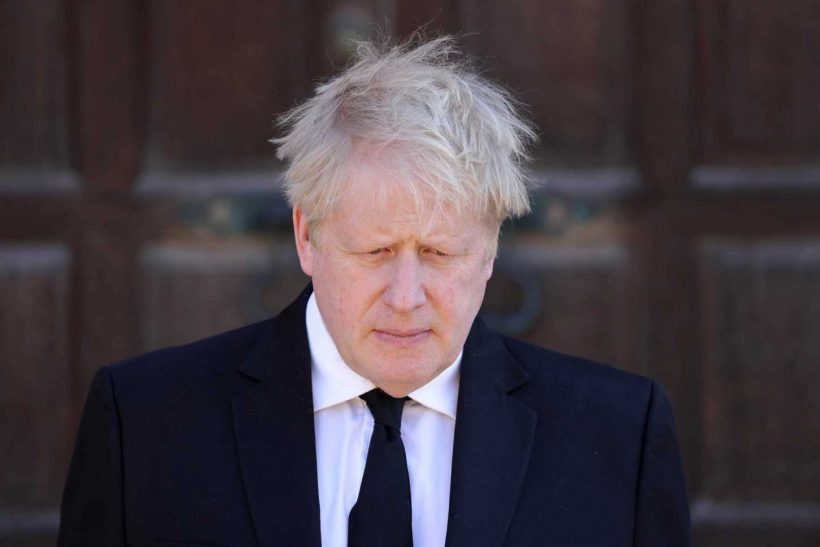 BORIS Johnson has cancelled his trip to India next week amid fears over a new variant of Covid-19.

He was due to meet with the Indian PM next week, but the pair will speak online now instead. 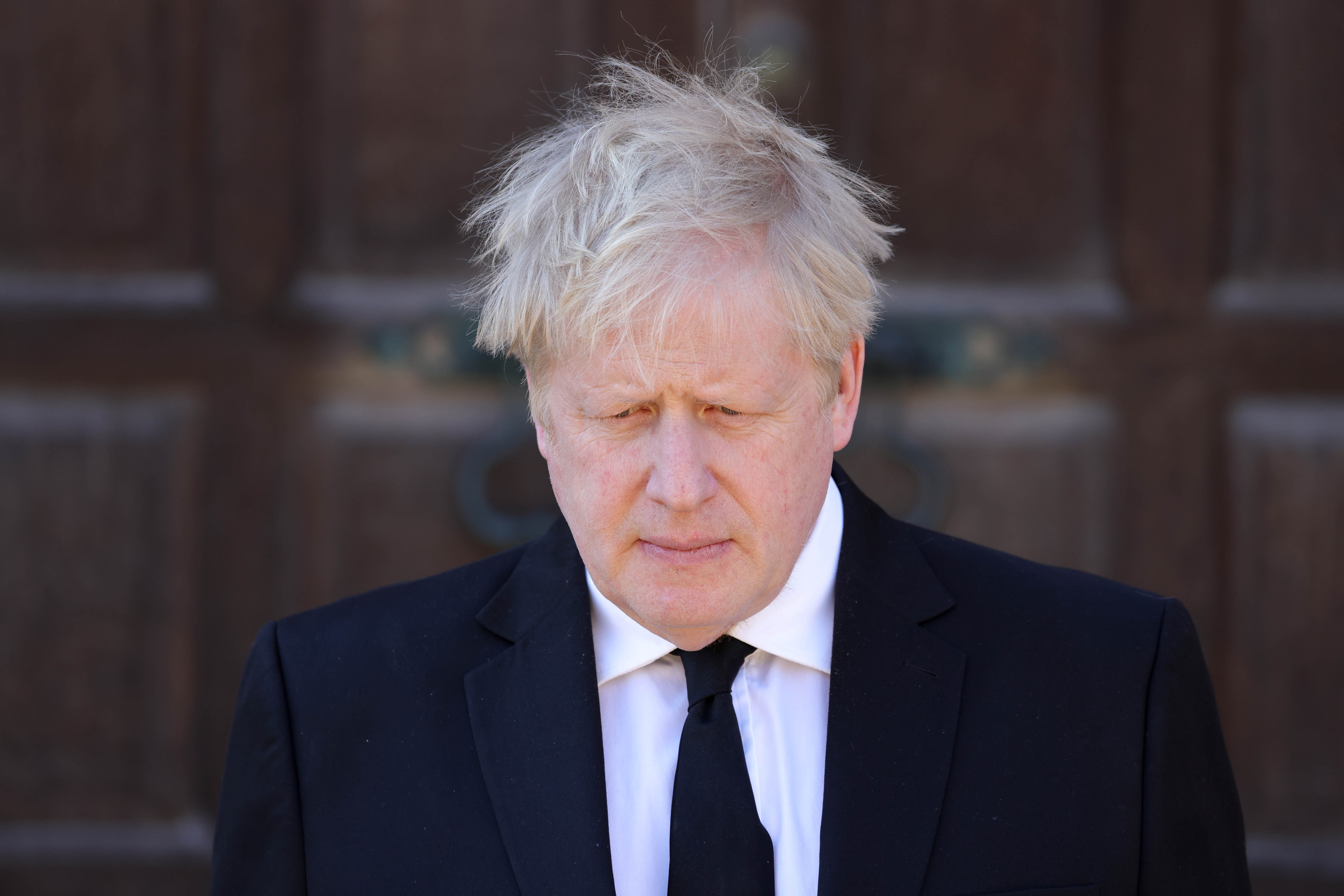 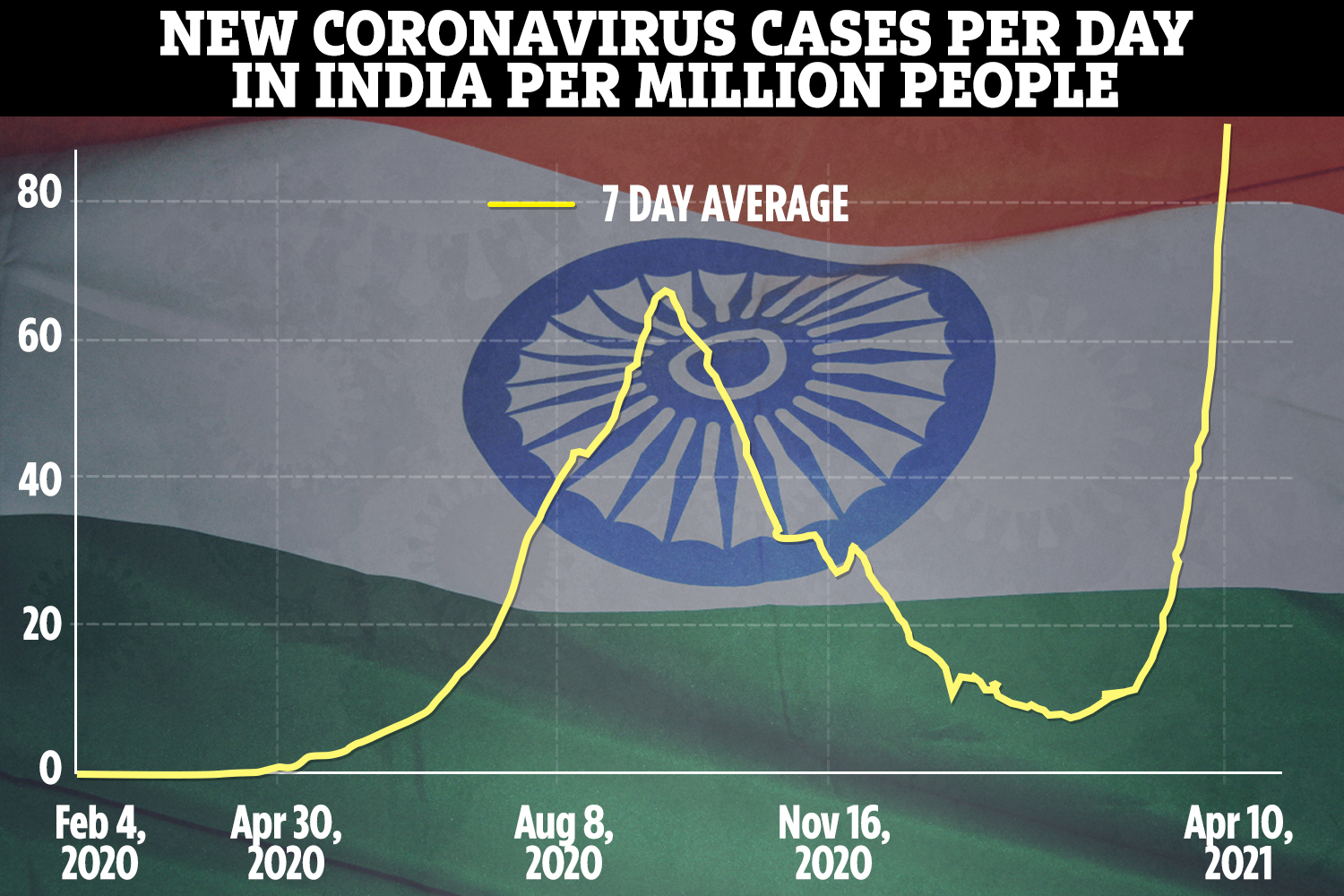 He was set to travel there on April 25, but already has had to cut it short over the growing wave of Covid hitting the country.

The country has seen more than 190,000 recorded new cases of Covid per day as infections continue to spiral.

A full reopening of the economy combined with millions of people attending religious festivals is thought to have sparked the huge rise in cases.

A Downing Street spokesperson said today: “In the light of the current coronavirus situation, Prime Minister Boris Johnson will not be able to travel to India next week.

"Instead, Prime Ministers Modi and Johnson will speak later this month to agree and launch their ambitious plans for the future partnership between the UK and India.

"They will remain in regular contact beyond this, and look forward to meeting in person later this year.”

Meanwhile, there is a shortage of vaccines, hospital beds, and experts in the capital think their health service may not be able to cope.

It came amid calls for India to go on the UK's travel red list today because of spiralling cases in the country.

A new variant of Covid-19 from India has been found, and dozens of cases have been discovered in the UK too.

Earlier today Danny Altmann, professor of immunology at Imperial College London, said variants of the virus which causes Covid-19 "do pose a threat" and vulnerable people could be "caught out".

The variant, also known as B.1.617, is currently designated as a "variant under investigation" (VUI) rather than a "variant of concern" (VOC), such as those first identified in Kent, Manaus (Brazil) or South Africa.

It may be bumped up the list if scientists believe it's more contagious or could affect people differently.

Prof Altmann said some people in the population are still vulnerable and can "still be caught out" by variants.

He told ITV's Good Morning Britain earlier: "I am concerned about all the variants. Don't get me wrong, I think our road map is going well and at the moment, in this country, we are doing rather well, enjoying unlocking.

"But out there, there is the Indian variant, the South African, Brazilian etc, and they do pose a threat."

"My assumption from everything I've seen is that it will become a variant of concern.

"When it becomes a variant of concern, I'd be quite surprised if India wasn't on the red list."

Dr Jeffrey Barrett, director of the Covid-19 Genomics Initiative at the Wellcome Sanger Institute, said that the variant of the virus first identified in India should be "watched carefully" but it is "probably not at the top tier of mutations that generate the most concern".

He told BBC Radio 4's Today programme that the first cases of the variant were identified late last year.

"This variant has a couple of mutations that are among those that we think are important that should be watched carefully, but they're actually probably not at the very kind of top tier of mutations, for example in the B117 – or Kent variant – or the South African variant, that generate the most concern.

"And in terms of spread, clearly this variant has increased in frequency in India around the same time as their very large and tragic recent wave,

"But I just don't think we know yet whether there's a cause-and-effect relationship – is this variant driving that spread? Or is it happening at the same time perhaps due to a coincidence?"

He added: "And one thing to note is that there were some sequences of this variant B.1.617 seen late last year. And so in some sense, if it really is driving this wave, the fuse has been burning for quite a long time, which would make it look probably less transmissible than B117."

When asked whether India should be placed on the so-called "red list" for travel, Andrew Hayward, professor of infectious disease epidemiology at University College London, said his preference was to "err on the side of caution and act sooner rather than later", but that the decision was a political one.

Prof Hayward, who is on the Scientific Advisory Group for Emergencies (Sage), and also a member of the New and Emerging Respiratory Virus Threats Advisory Group (Nervtag), told the Today programme: "The evidence of increased transmissibility and escape from immunity is circumstantial.

"That said, it's going to take a number of weeks at least before that evidence gets firmed up and we find out more.

"Certainly some countries and areas have taken the view that that's enough for them to be quite concerned – so for example, Hong Kong has put on a two-week travel ban, which will allow them to find out a little bit more."

According to the latest update from Public Health England (PHE), 73 cases of the B.1.617 variant, which was first discovered in India, have been found in England, as well as four cases in Scotland.

There are four so-called "variants of concern" and seven "variants under investigation" which have been identified in the UK.