BRUSSELS’ Mini-Europe theme park will mark Brexit by making customers walk through a customs checkpoint between the continent and Britain.

The attraction has opted to keep its models of iconic UK landmarks including a four-metre tall Big Ben, Shakespeare’s house, and Dover castle. 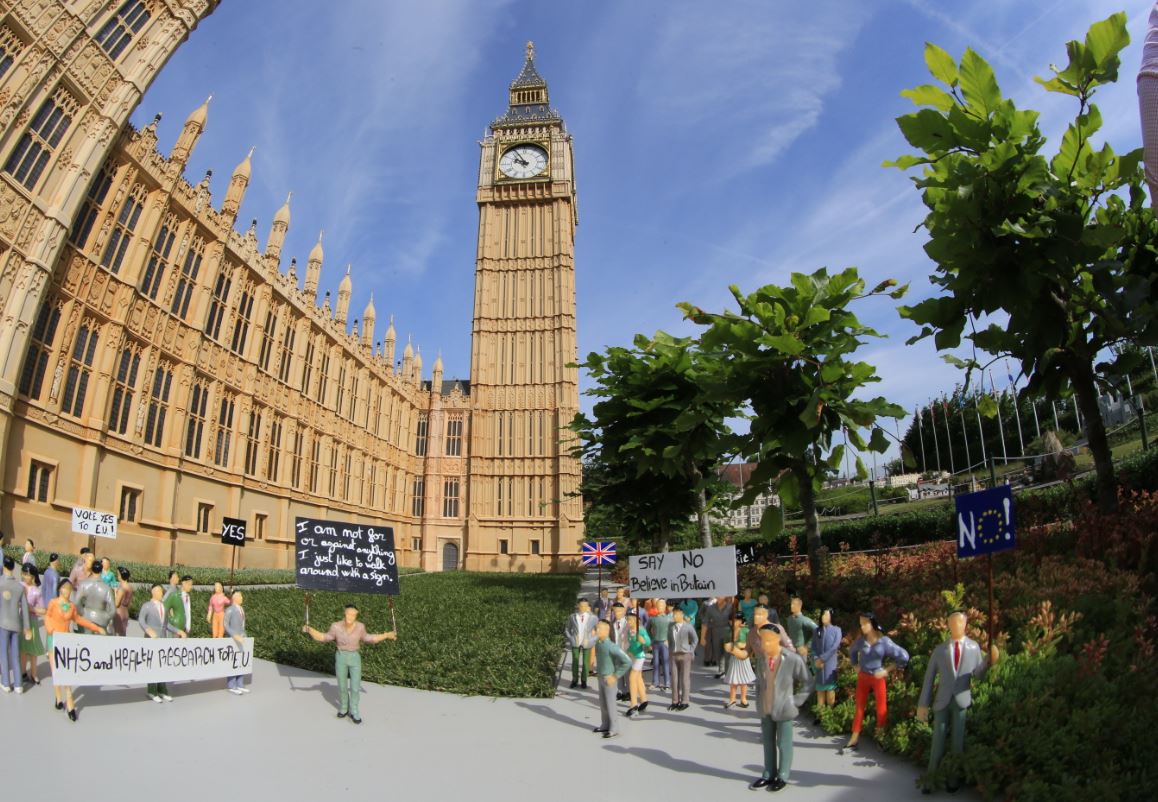 Park boss Thierry Meeus said the border post, on a bridge over the mini English Channel, would “make the separation material” between Britain and the EU.

He said: “If you go from Belgium to England in the park you will pass a fictional customs station on the English Channel.

“Also on the way from the British Isles to Ireland or France there will be signs to indicate the changed situation.”

Organisers have also added a pro-EU protest outside the Houses of Parliament to mark the three years of political turmoil sparked by Brexit.

Mr Meeus said: “After all, 48 per cent of the British voted for their country to remain in the EU.”

The theme park, which opened 30 years ago, represents all 27 EU states through scale models of their most famous buildings.