Gone in 18 seconds! Burglars take less than a third of a minute to kick their way into home on busy street as traffic passes by

A shocking video shows three burglars taking just 18 seconds to kick their way into a home in broad daylight on a busy street.

The clip shows the gang reverse their car into the drive and get out, and after checking the door to discover it is locked, one kicks it down and they enter the property.

The brazen crooks are believed to have struck in Batley, West Yorkshire, last Thursday.

The footage appears to have been taken from CCTV attached to the property but the identity of the victims is presently unknown.

The CCTV shows the men approach the house in what appears to be a Volkswagen Golf as they reverse on to the drive.

Once the getaway car comes to a stop all three men bundle out of the car leaving the doors open, each of them wearing gloves.

Two of the gang are wearing baseball caps, and one even appears to be wearing slippers. 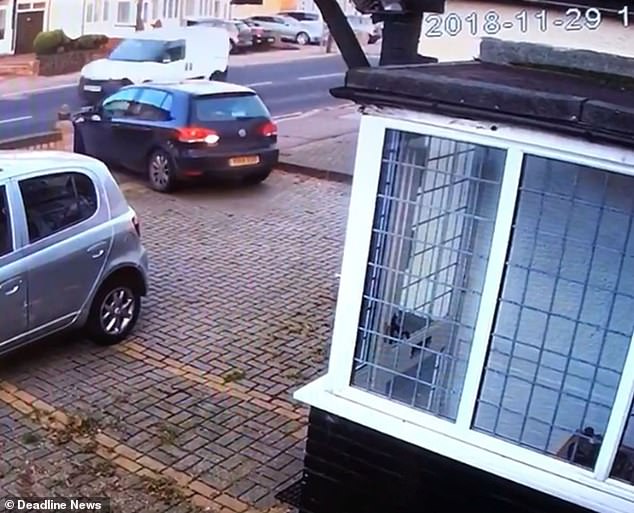 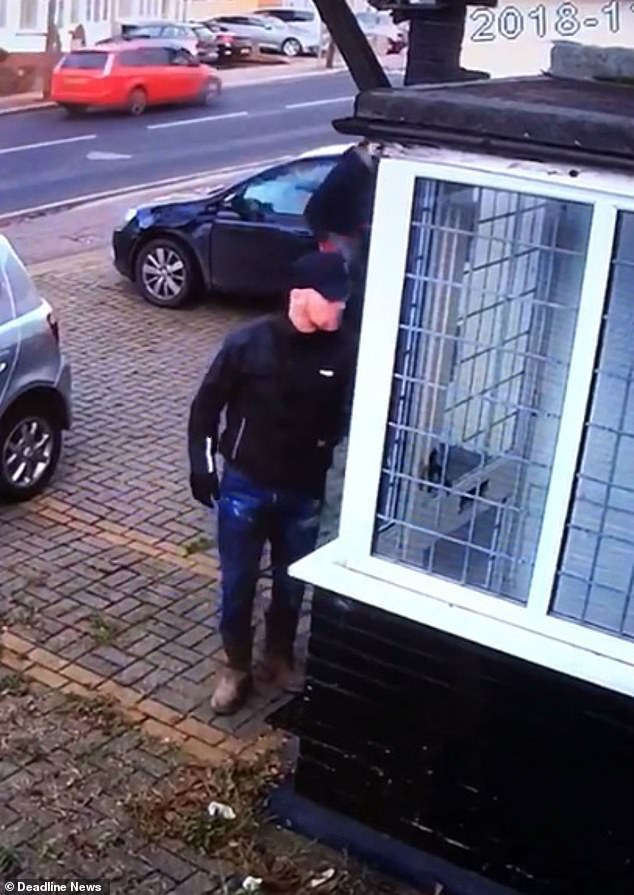 The man who emerged from the back seat, wearing a baseball cap and black gloves, tries the door to find it is locked 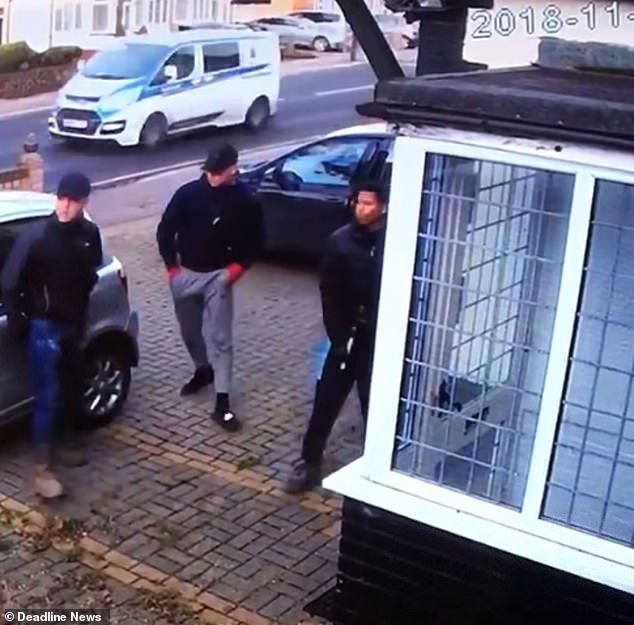 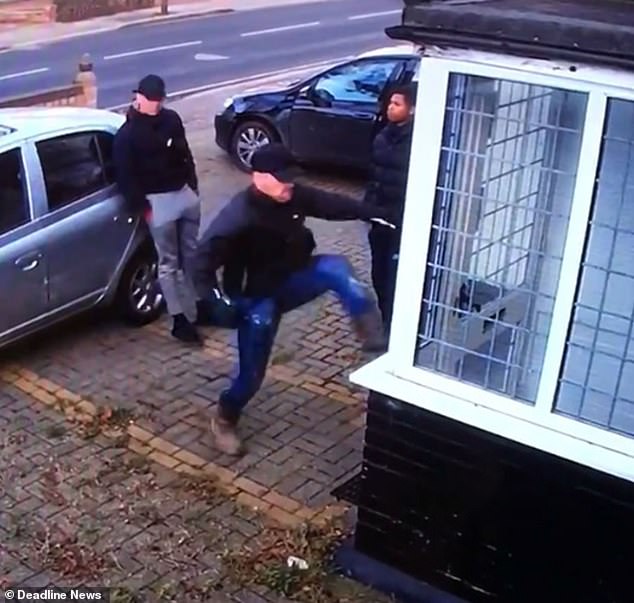 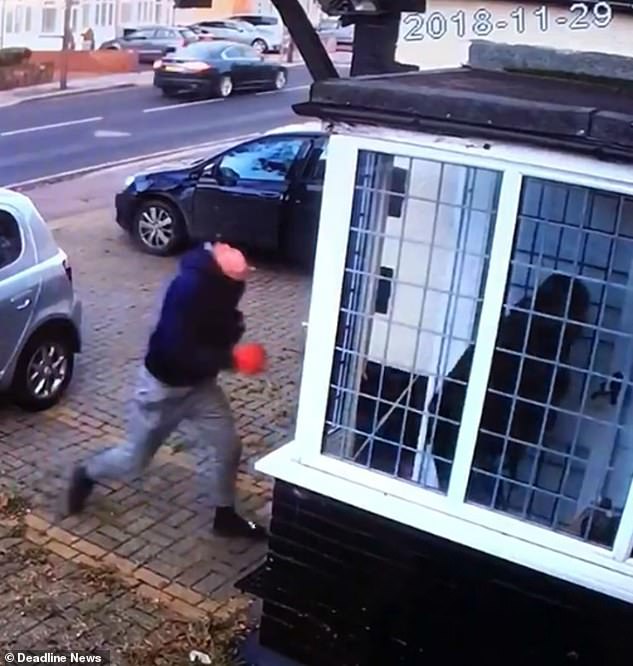 On the second kick the door gives, and the three men, after another quick look over their shoulders, dash into the house

Cars and a van can be seen driving on the road with the drivers and passengers seemingly oblivious to the criminal behaviour happening just a few feet away.

One of the burglars checks the front door is locked. The three make no attempt to disguise their identities.

After a moment’s pause he takes a run up and kicks the door with his left foot, which remains shut.

But on the second attempt, again left-footedly, the door bursts open and the trio runs in, casting furtive looks around them for potential witnesses. 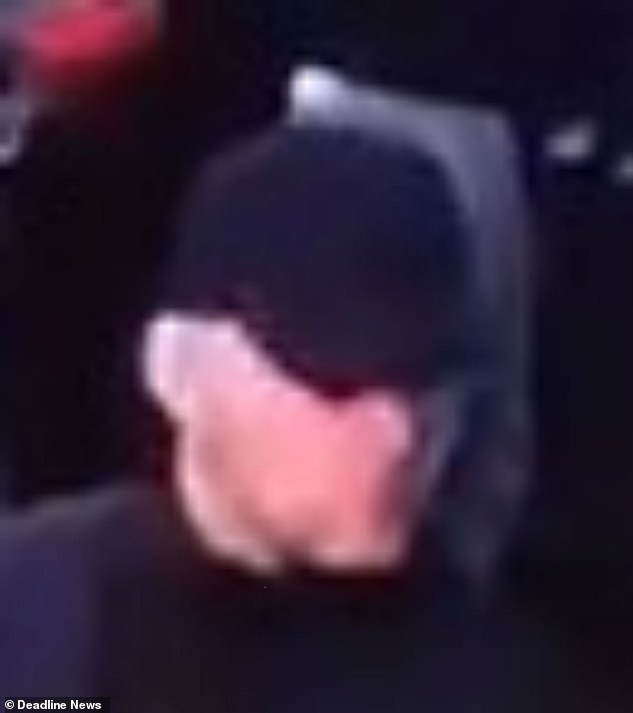 This man, in black cap, blue jeans and brown boots, broke down the door and was the first to enter the house 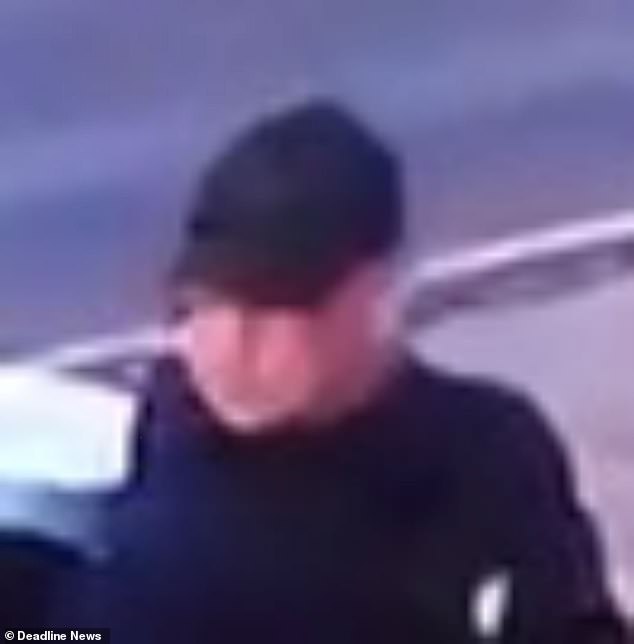 His similarly-dressed accomplice standing nearby, in black cap, grey trousers, and what seem to be black slippers, was standing nearby and was third through the door 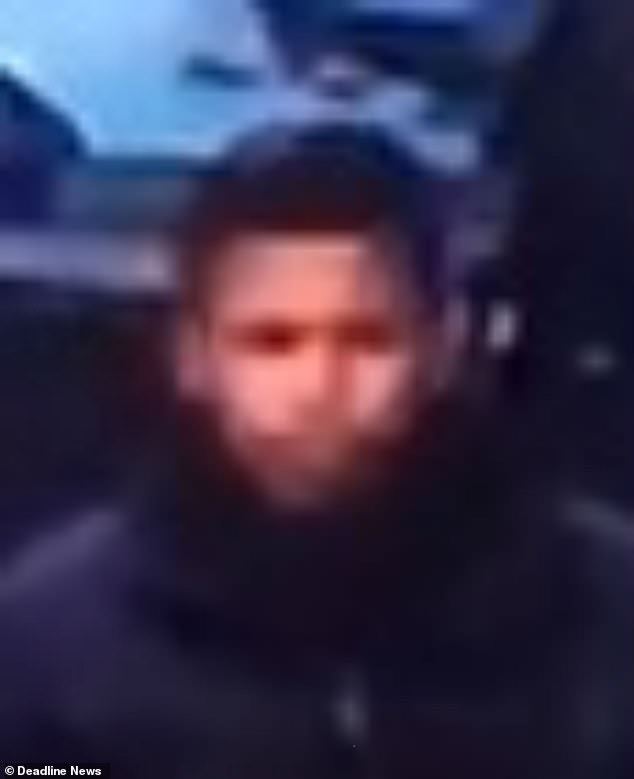 From opening the getaway car doors to getting in to the property takes 18 seconds.

Jhabran Kahn posted: ‘That’s pretty clear, zoom in and send off to the police. Also the registration is visible. I’m surprised nobody saw this, considering it happened on a main road that during the day light!’

Robert Ian Hardy added: ‘Looks like they knew which house to do obviously knew no one was home even with the car outside.’

Adil Khan wrote: ‘Man’s got slippers on, who goes on a robbery in slippers unless it’s a rush job?’

Marion Walker said: ‘What’s so scary is that it only took two quick kicks to break the lock get in the house!’

Robert Ian Hardy added: ‘People doing this when caught should be given a 10 year sentence for the financial and heartbreak they cause people. If they ever did mine while I was in they’d know about cowards.’