Heartbroken family call for review after coroner rules mother-of-three, 25, accidentally fell to her death from 11th floor of flats

The heartbroken family of a young mother who died after plunging from a block of flats are calling for a case review after a coroner ruled the death as accidental.

Bianca Martina Thomas, 25, died in hospital on August 15 this year after falling onto a canopy from the eleventh floor of the 90-metre Cleveland Tower in Holloway Head, Birmingham a week earlier. 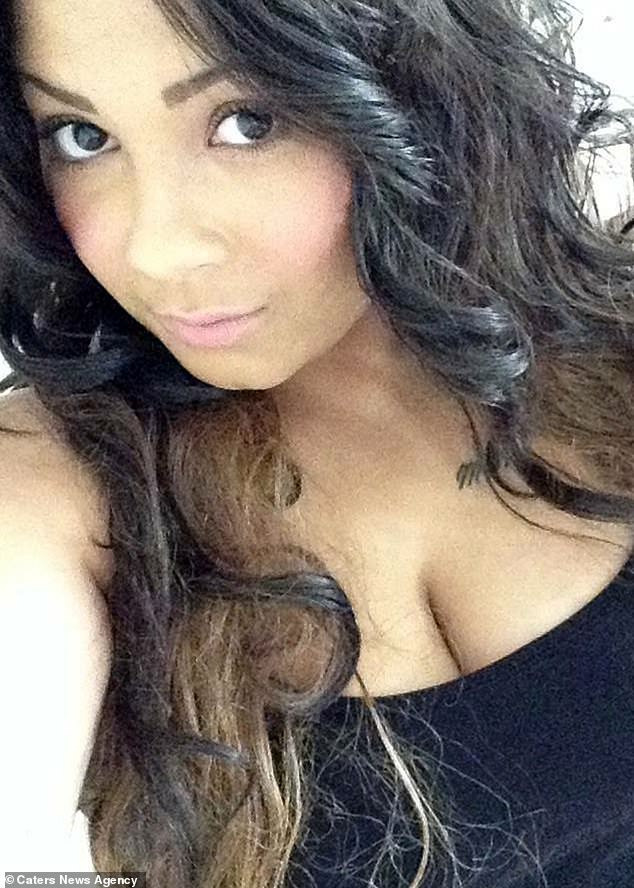 Bianca Thomas (pictured above) died in August. Her half-sister Jhiselle Feannys remembered her as a ‘kind and fun-loving mum’ who would ‘do anything for anyone’

But following a verdict of accidental death, her distraught family have asked for the case to be reviewed.

Ms Thomas’ boyfriend Michael Joyce, 30, whom the inquest heard was nicknamed ‘Psycho’, was arrested on suspicion of attempted murder following her fall.

Today West Midlands Police said the man arrested in connection with her death has been released and will face no further action.

Bianca Thomas’s half-sister Jhiselle Feanny said: ‘We’ve asked for a review of the case because the witness statement was so strong and there are still so many grey areas. 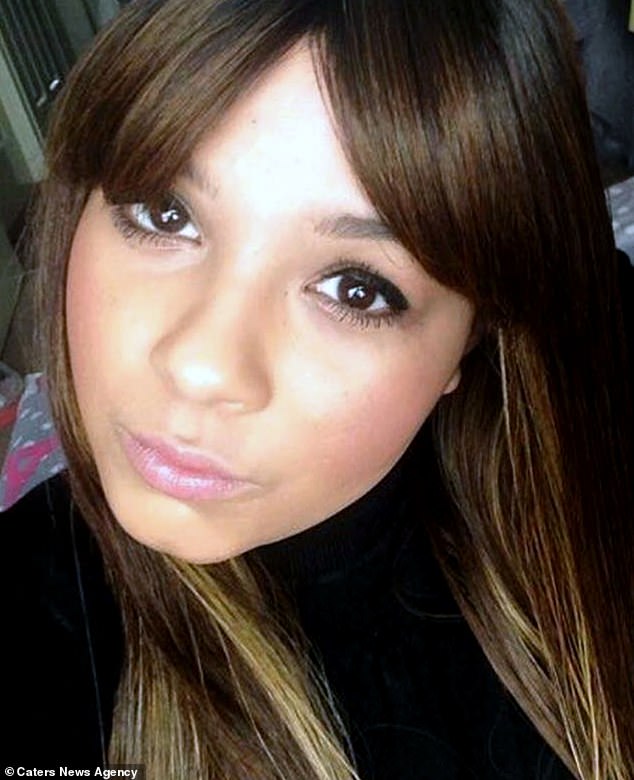 The Birmingham coroner has ruled Bianca Thomas (pictured) died accidentally after falling from the 11th floor of the 90-metre Cleveland Tower in Holloway Head, Birmingham this August 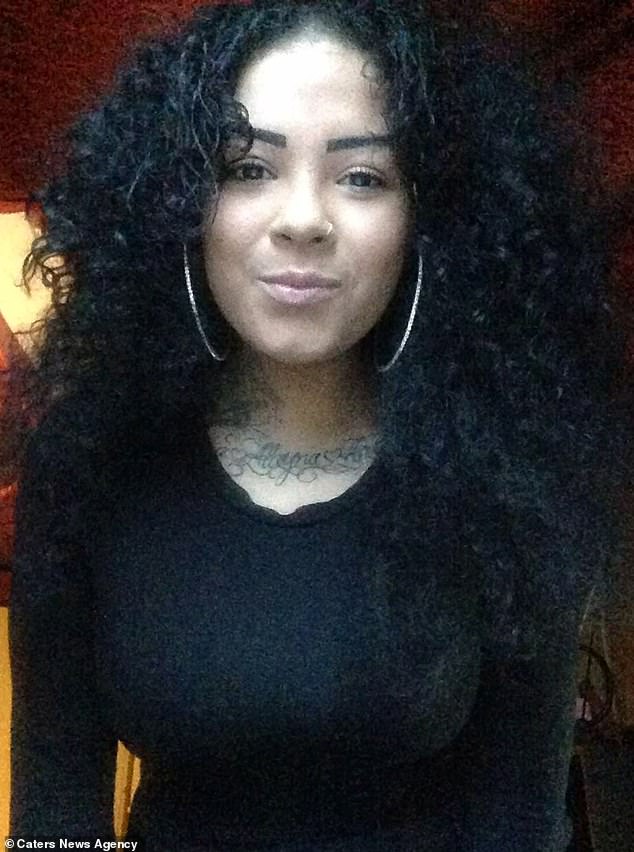 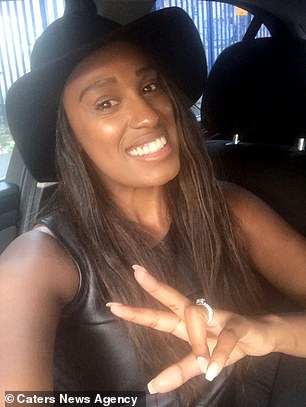 ‘We want to be sure the police did everything they could to gather all of the possible evidence and have followed up all lines of inquiry because we don’t feel they did.

‘We would ask anyone who saw or heard anything on the night to please come forward.

‘Bianca has been in violent relationships in the past. We were aware she had dabbled in party drugs before so obviously this was still in her system on the night.

‘It wasn’t a shock to us when that came out but [others weren’t tested].’

Yesterday the inquest at Birmingham Coroner’s Court heard witness Brian Suffolk say he heard an argument with ‘foul language’ when he went to his car at about midnight and saw Ms Thomas fall backwards from the building.

But boyfriend Mr Joyce said Ms Thomas had been ‘a bit tipsy’ when she visited him, the BBC reported.

‘She went out onto the balcony, we usually went out there,’ he said.

‘I was getting a cigarette when I heard a bang.’

He said he saw the chair she was sitting on had been moved and, believing she had fallen, called an ambulance.

The inquest heard Ms Thomas’s family only knew of her boyfriend as ‘psycho’, which he told the hearing was his ‘nickname’ from when he ‘used to do graffiti’.

Jhiselle and her mother Diane have now set up a fundraising page and a charity in memory of Bianca called Believe in Bee.

It aims to support vulnerable young people who have suffered domestic violence, abuse and exploitation during their adolescent years.

Jhiselle said: ‘Bianca loved this time of year. Christmas means family and to her family was everything.

‘She would have been out Christmas shopping with my mum now, buying the kids nice things and decorating the tree. She loved to decorate the tree, that was her thing.

‘It’s going to be very difficult not to have her here this year because she was always such a big part of our lives.

‘The girls remain with my mum. They know what happened and they know mummy’s not coming home. It’s such a heart-breaking conversation to have with them.

‘As a social worker I come across this situation all the time but it’s very different when it’s your own family. 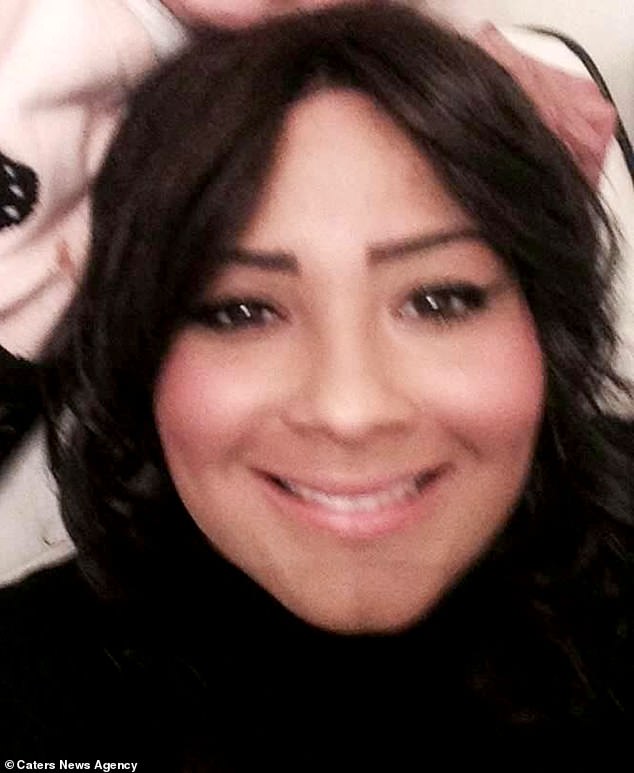 The family have set up a charity in memory of Bianca (pictured), who, they said, had been in abusive relationships all her life

‘She was sadly a victim of domestic abuse as a teenager and has been in abusive relationships all of her life.

‘It’s a vicious cycle and something we desperately want to help young people get out of.

Previously Jhiselle Knapp, 25, also from Birmingham but now living in Kent, said she wanted Bianca to be remembered as a ‘kind and fun-loving mum’.

She said: ‘She would do anything for anyone.

‘She would go into town and feed the homeless, she would give them advice, food, drink and laughter – even if she only had a pound in her pocket, she always wanted to cheer people up 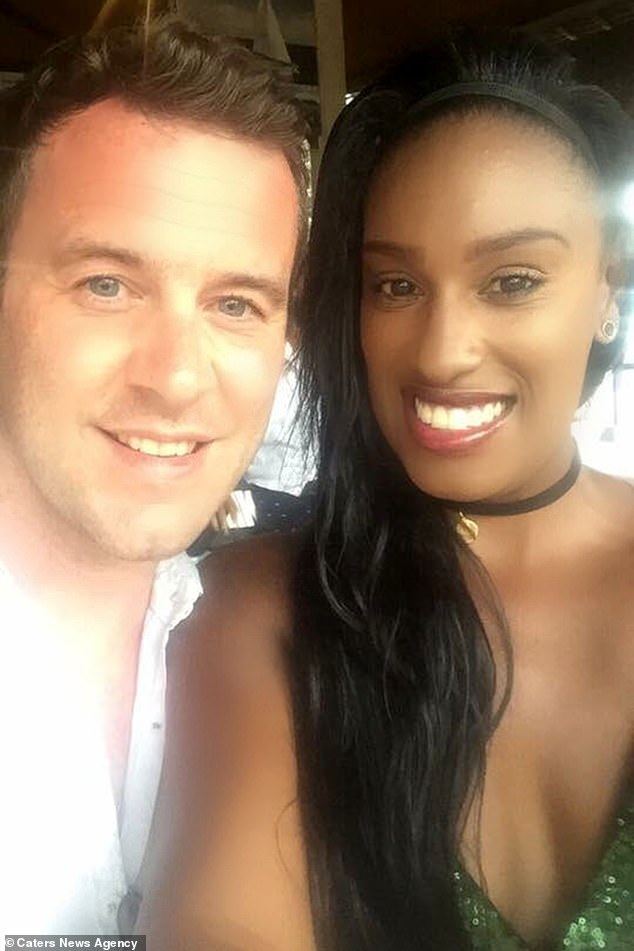 Bianca Thomas’s half sister Jhiselle Knapp, 25, pictured with her husband Lewis. She said she wanted to be sure the police gathered all the possible evidence and followed all the lines of inquiry – ‘because we don’t feel they did’

‘She was just a very pleasant person to be around, she didn’t have a bad bone in her body.’

Birmingham Coroner Louise Hunt said Ms Thomas fell onto the canopy while intoxicated and recorded a verdict of accidental death.

Mrs Hunt said she had heard ‘two very different accounts’ from Mr Suffolk and Mr Joyce, but that there had been no evidence of a ‘disturbance or struggle’, nor that Ms Thomas had been in a ‘low mood’.

She concluded Ms Thomas, who was about two and half times over the legal alcohol limit and had ecstasy and cocaine in her blood, had ‘overbalanced while sat on the balcony’.