Chinese authorities are now pushing for a ‘comprehensive wedding reform’ to crack down on extravagant ceremonies.

Current ‘lavish and wasteful’ wedding practices including sky-high monetary gifts and vulgar hazing rituals have encouraged ‘rampant money worship’ and ‘declining morality,’ according to the Ministry of Civil Affairs.

Couples are now encouraged to celebrate their big day in a more civilised, traditional and frugal way, the ministry said at a conference on Friday. 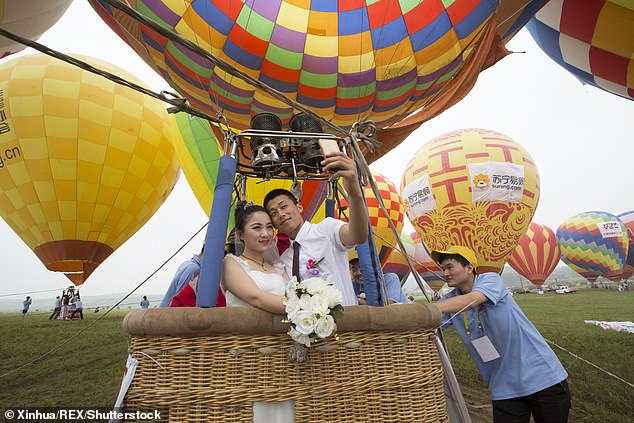 Couples take part in the hot air balloon group wedding in Nanjing, Jiangsu. Chinese authorities are now pushing for a ‘comprehensive wedding reform’ to crack down on lavish ceremonies 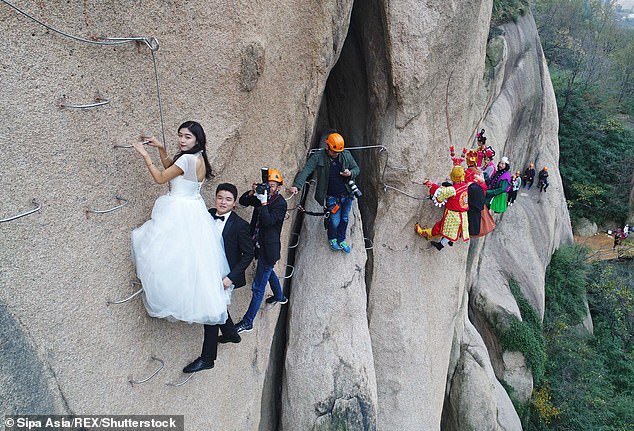 Wedding costs in China have skyrocketed over the last two decades, especially in rural areas. People have increasingly found the need to compete with neighbours and friends in spending more money on weddings including expensive receptions, lavish outfits and overseas wedding shoots.

Officials in some cities last year placed a cap on increasing ‘bride prices’ – money paid by the groom’s parents to the brides’ family, saying the practice has been getting out of hand, reaching more than 100,000 yuan (£11,000) in some poorer rural villages.

At the same time, hazing rituals – pranks couples are put through to help them relax  before the wedding ceremony – have often resulted in violence and assault. 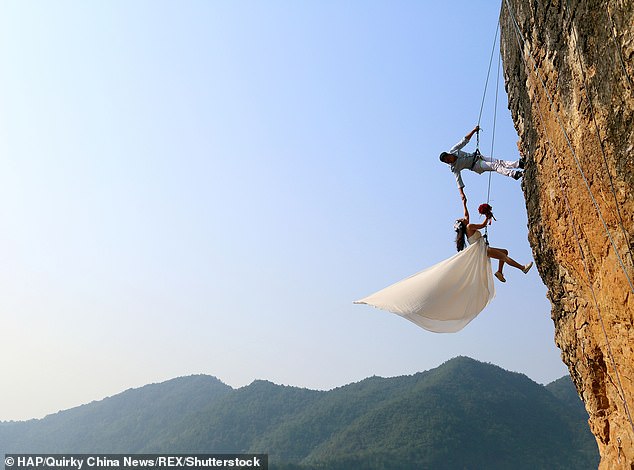 A bride and groom take their wedding photos while rock-climbing in Jinhua, Zhejiang province 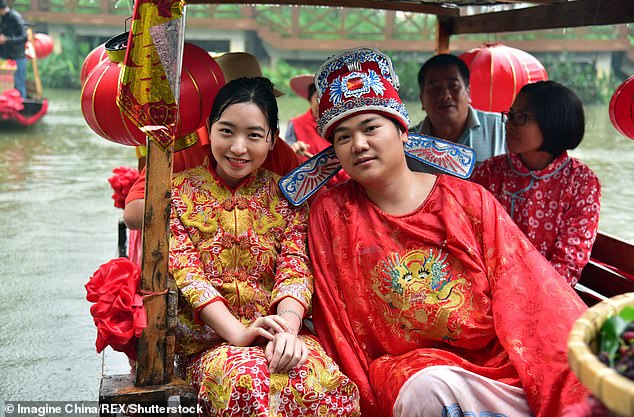 A groom and his bride are pictured as they head to his home by boat on the river in a traditional Chinese wedding procession in Foshan city, Guangdong province

Just last week, a man’s big day ended in tragedy when he was hit by a car while trying to escape pranksters who had stripped him down to his underpants and beaten him.

Last November, several bridesmaids were injured by broken glass when the groom’s party tried to break the door of the bride’s house with an axe.

A groom in central China’s Zhengzhou city nearly died on his wedding day last year after guests strapped him to a tree and emptied half a dozen fire extinguishers in his face during the stunt.

The current issues ‘not only hinder growth and poverty alleviation in rural areas, but also affect the harmony of families and healthy development of society,’ the ministry said at a national conference in Jinan, Shandong province. 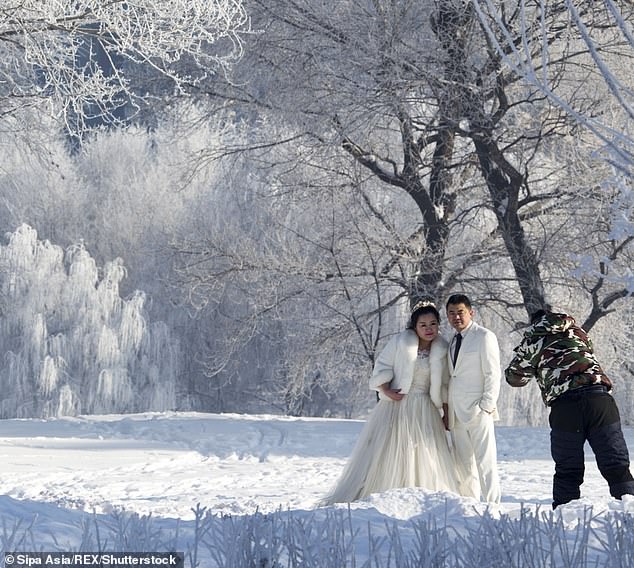 Local authorities would be asked to standardise marriage rituals and come up with simple and appropriate wedding etiquette rules to tackle these issues, ministry official Yang Zongtao said in an interview with state broadcaster CCTV.

Officials will be urged to provide personalised, sacred marriage registration ceremonies to draw people away from holding lavish celebrations.

The new directive is similar to a funeral reform underway in the country, where authorities seek to simplify funeral practices and regulate service prices.