On Saturday evening, NSW Health released a number of new and updated transport routes attended by confirmed cases of COVID-19.

Anyone who attended Cibo Cafe in North Sydney on December 16 between 12pm and 12.45pm is considered a close contact, and must immediately get tested and isolate for 14 days, regardless of whether a negative result is received.

Meanwhile, anyone who attended the following venues at the following times is a casual contact who must immediately get tested and isolate until a negative result is received:

A tale of two cities on Boxing Day

Crowds flocked to Parramatta and Chatswood for the Boxing Day sales on Saturday, but central Sydney was quieter after NSW Premier Gladys Berejiklian encouraged shoppers to stay at home.

High street retailers may have been feeling the pinch, but the Australian Retail Association said online sales had surged. NSW residents were still expected to spend $6.1 billion in the post-Christmas shopping period, up 4.4 per cent from last year.

Megan Gorrey has the full story. 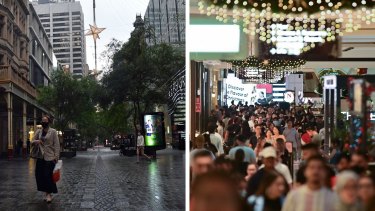 Two domestic cases were reported on Friday, a convenience store worker and a Hewlett Packard Enterprise employee. Another two asymptomatic cases were discovered in Beijing earlier in the week.

To contain any new outbreaks, the government cancelled big gatherings such as sports events and fairs. Venues such as cinemas, libraries and museums have to operate at 75 per cent capacity, the government said. 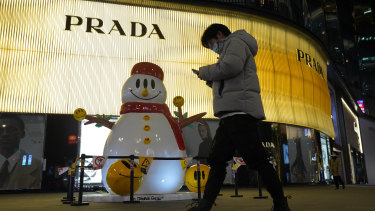 Welcome to our live coverage for the day

Good morning, welcome to our live coverage of the coronavirus pandemic today.

Here’s a look at the top headlines from the past 24 hours: