A FAMILY was told to choose ONE of their four children to say goodbye to their dying dad because of Australia's coronavirus rules.

Dad Mark Keans, 39, has inoperable cancer in his brain and lungs – but only one of his four kids, all under age 13, are allowed to cross the border into Queensland to say goodbye to him. 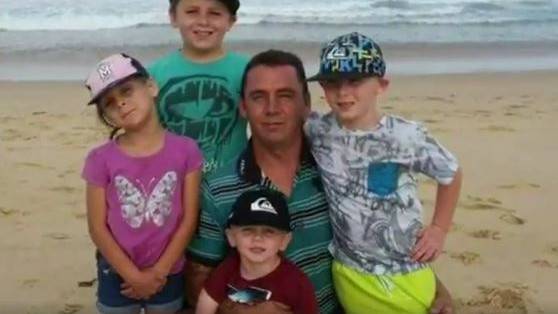 The Prime Minister has now been asked to intervene, with the family desperate for the youngsters to see their father while they can still recognise him.

Because the family live in Sydney, they are unable to cross the Queensland border because of border control coronavirus restrictions.

Their grandfather Bruce Langborne says the kids “desperately want to see him.”

Mr Langborne told 7NEWS: “They told us we were being selfish – and we weren’t taking into consideration the other cancer patients.

"I have no idea how you pick and choose which child goes.

There are fears that the four kids may not be able to recognise their truck driver dad Mark once his cancer gets worse.

The family have slammed premier of Queensland Annastacia Palaszczuk's border policy and Queensland Health, who made the ruling that only one child was allowed to cross the border.

Federal MP Pat Conaghan has condemned the decision to let only one of Mark Keans’ children go to see him.

He said: “We’re talking about four children between the age of seven and 13 who want to see their dying father.

New South Wales Health Minister Brad Hazzard said he could only express his “supreme anger” at the Queensland Premier’s decision.

He added: “I’m appalled by what’s going on up there."

As of Wednesday, there are 26,456 total confirmed cases of coronavirus in Australia, with 781 deaths.

There have been 93 new cases in the country in the last 24 hours.