A DOG owner has shared heartbreaking footage of her dying pet after eating treats laced with rat poison.

The upsetting videos show one-year-old Bewley hooked up to tubes at his local vet after swallowing the poison on July 23. 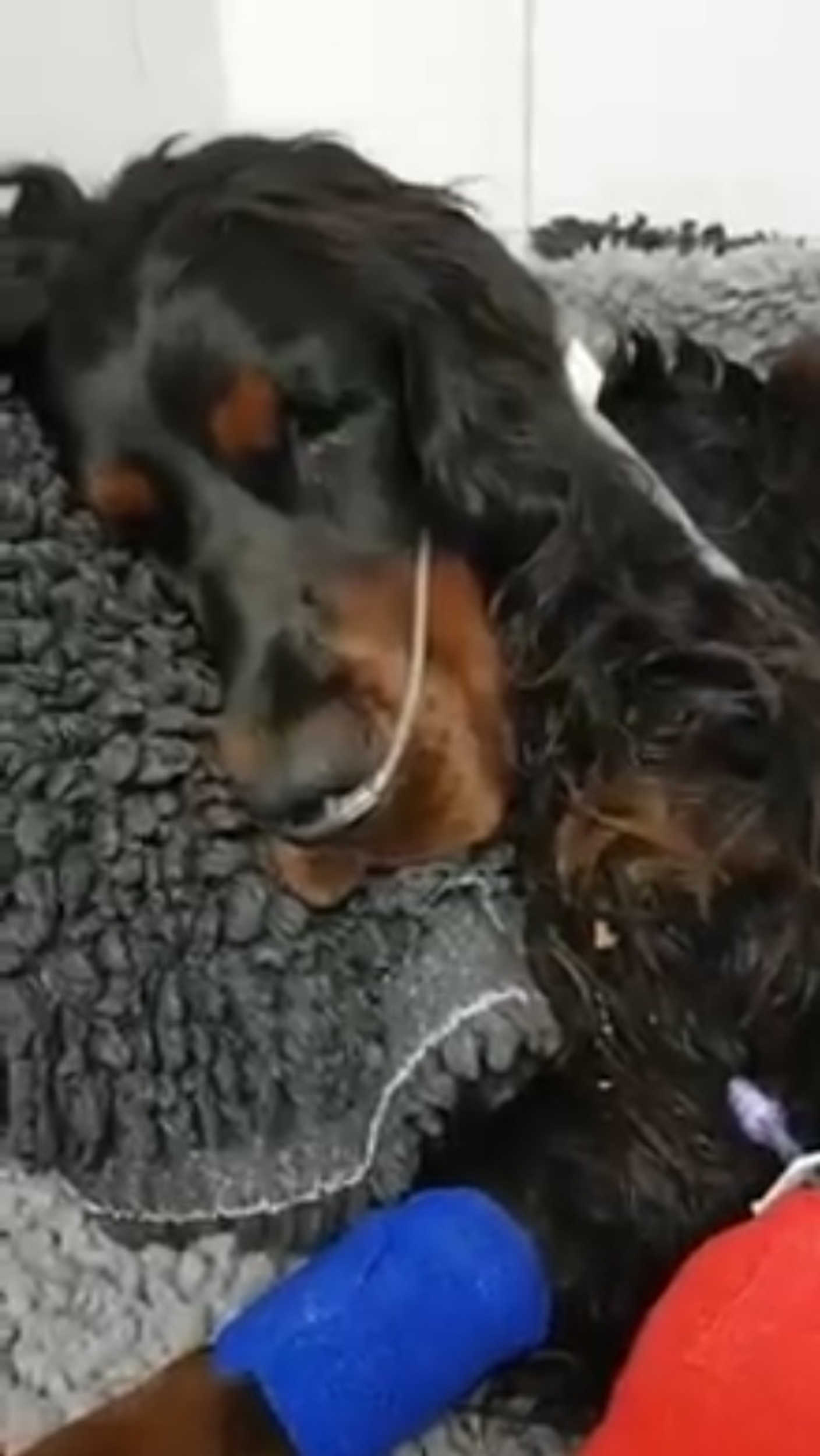 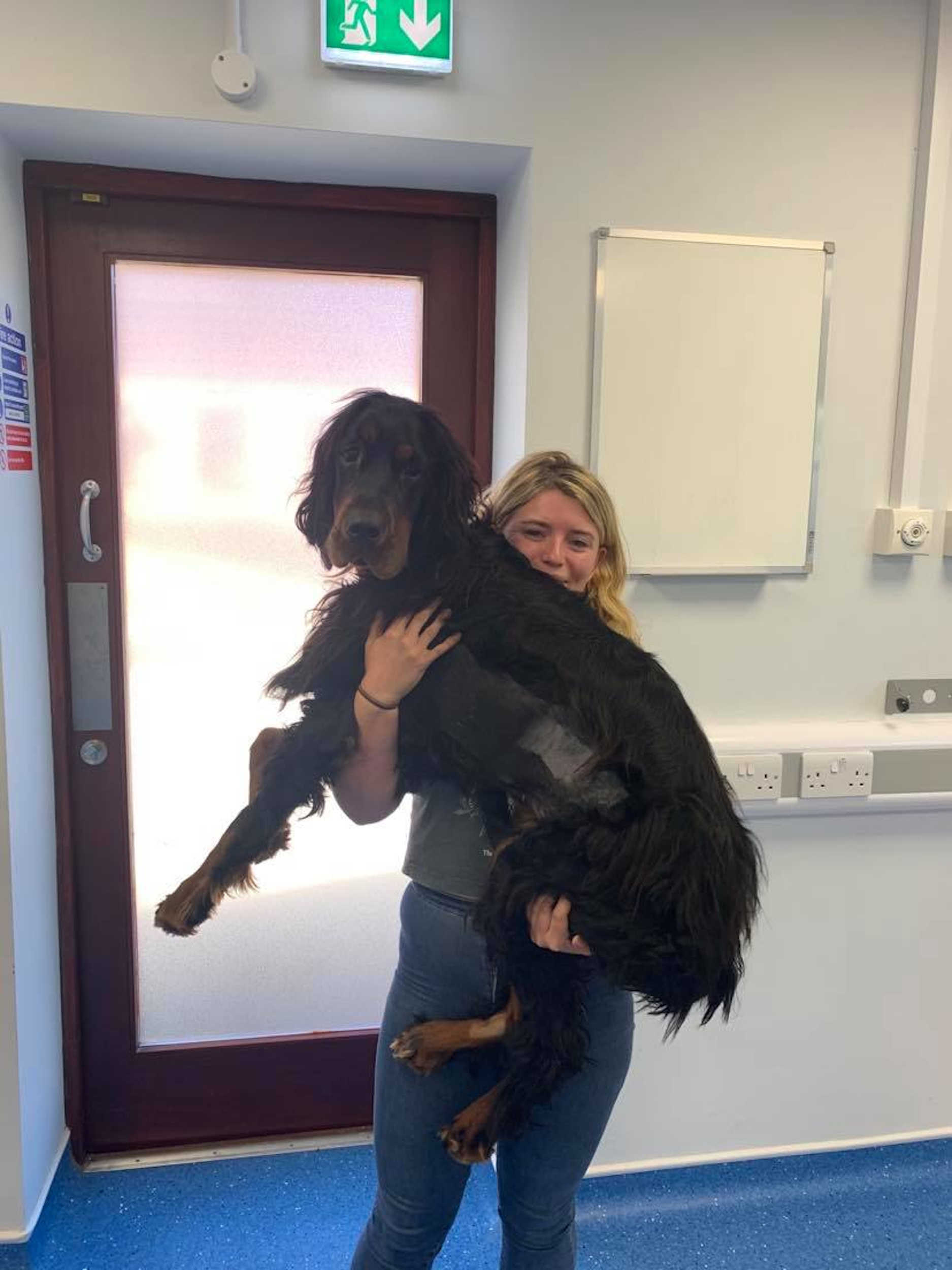 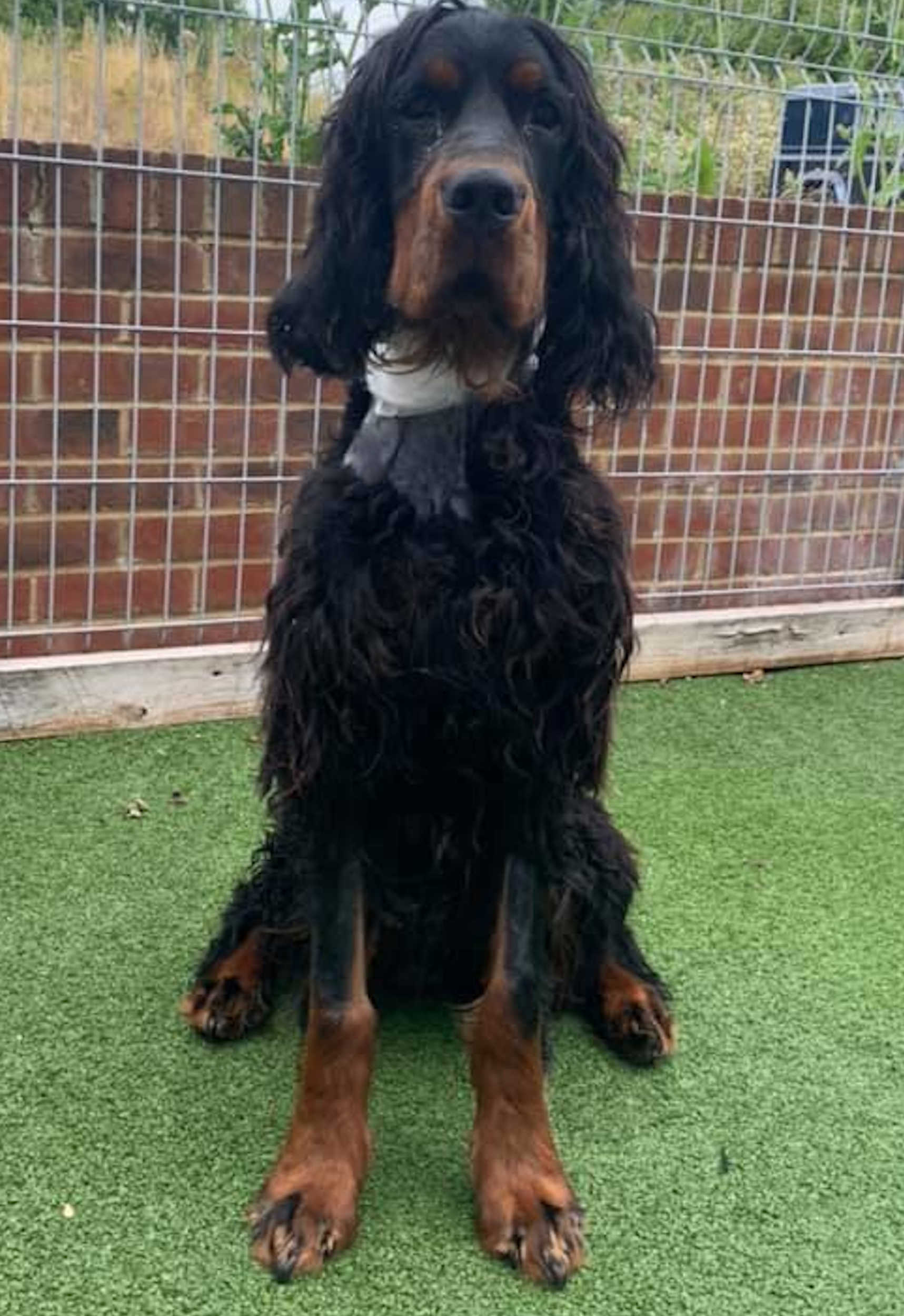 Bewley was put down less than a month after the video was taken, despite initially showing signs of recovery.

Owner Abi O'Brien from Blackheath, Surrey shared the clip as a warning for others to be vigilant.

The emotional video shows Bewley sleeping before being woken up by Abi to be fed, with tubes stuck in his nose as he recovers from surgery.

He is seen struggling to eat the food, due to the poison in his system.

He then tries to go to sleep and is given one more treat to eat before he rests his head back onto the bed.

Another video shows Bewley with tissue and bandages around his neck and stomach.

Images show Bewley being held by Abi after his surgery appearing to look perkier despite his bandages.

But on August 20, Abi made the gut-wrenching decision to put Bewley down following a four-week battle.

"As some of you may already know we devastatingly lost our gorgeous baby boy due to rat poison after a four week battle for his life," she wrote.

No dog owner deserves to go what we have gone through

“A friend walking their dog yesterday found dog treats with rat poison on the downs link near the wooden bridge between Bramley and Cranleigh in Surrey on the track and around that area.

“And then as you walked towards Cranleigh one or two were found and then into the woods and along the canal a couple more were found.

“There are also reports of meatballs being done around Horsham area although I personally have no evidence of this.

“Please be vigilant and please report anything suspicious the more reports people make the better.No dog owner deserves to go what we have gone through and no dog deserves to lose their life so horrendously.”

The post has caused an outpouring of sympathy from social media users.

Diane Hildreth commented: “There are some horrible people in the world. Why do this?”

Eileen Weir said: “Shocking, so sad for your loss. Evil being that did this, your time will come.”

Speaking today, Abi said: “The vets suspected Bewley was suffering from rat poison, but they could not confirm until a test came back positive two weeks later.

"We keep our dogs in a secure garden and have never used rat poison so we instantly questioned where he could have picked it up from."

Abi said Bewley had "fought so hard" but after four weeks of fighting she had to make a "heartbreaking decision".

"The thought that this could have been an intentional malicious act is just gut wrenching," she said.

"I hope I can make people vigilant when out walking, and also to consider other forms of rodent repellent.” 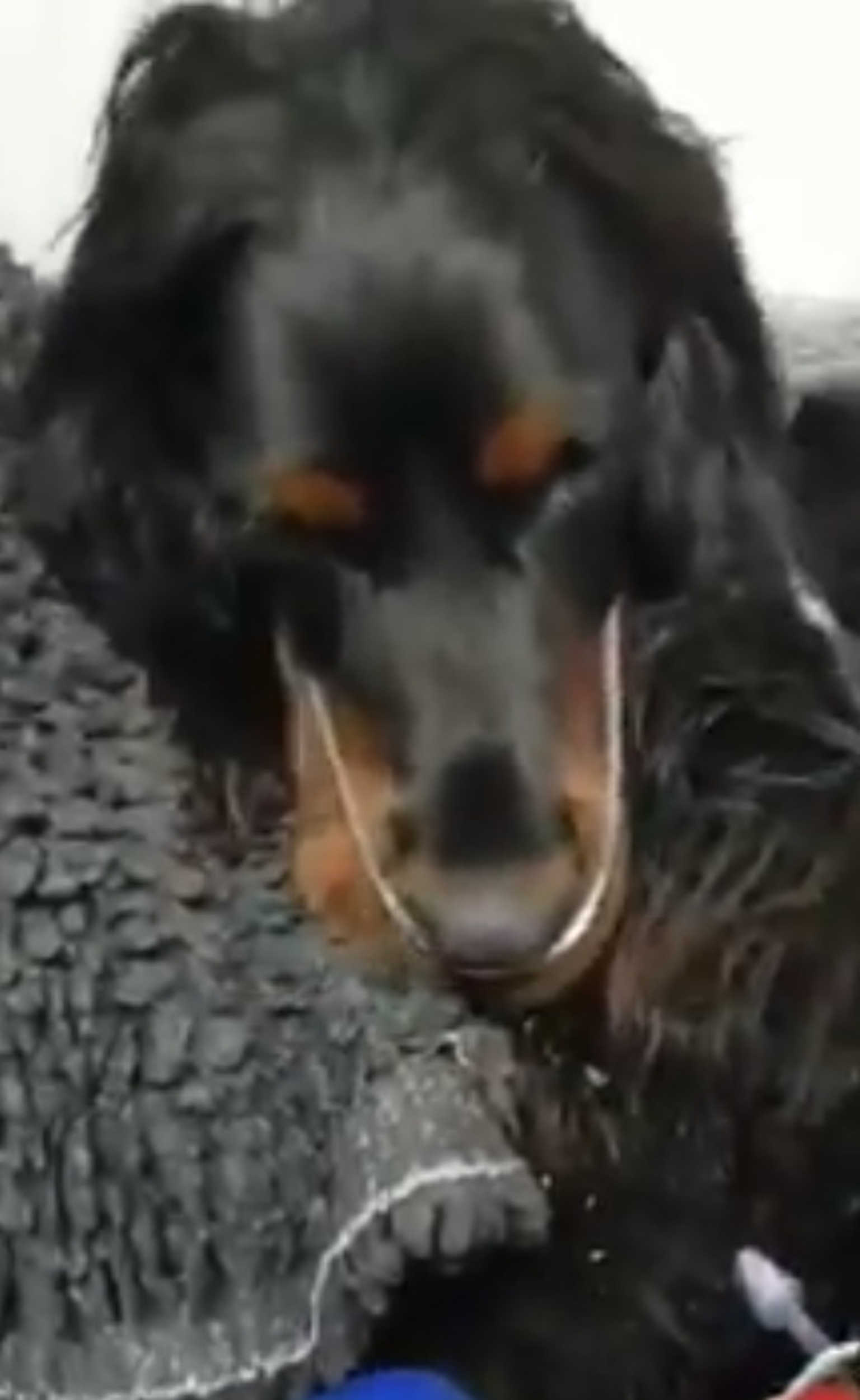 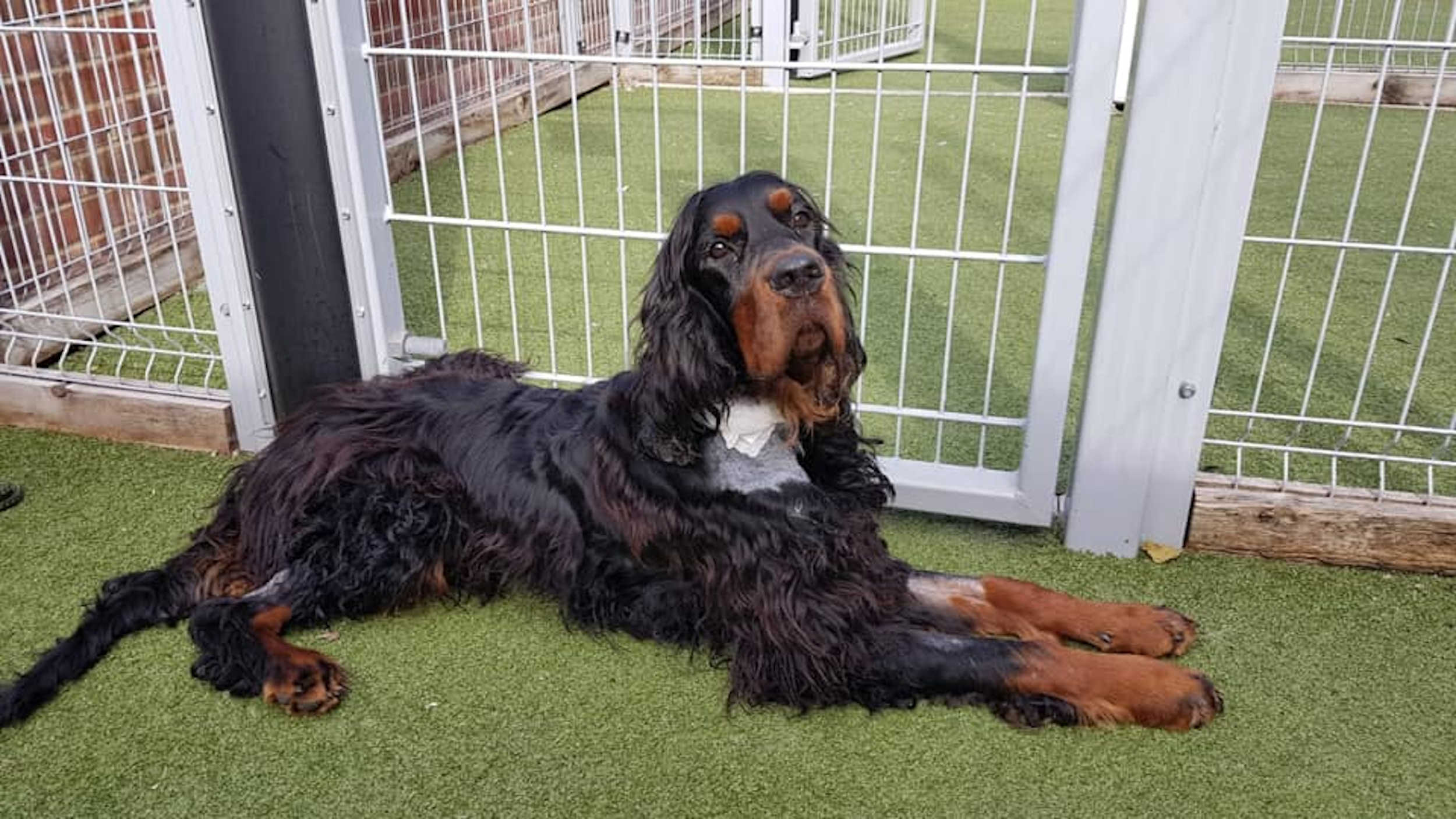