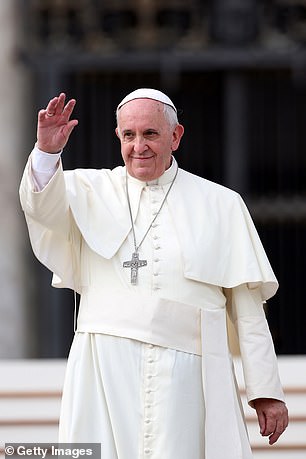 The 82-year-old pope, who has made defence of migrants a plank of his papacy, made the comments in his message for the Catholic Church’s World Day of Peace, which is commemorated on New Year’s Day. The message from the pontiff is sent to heads of state and government and international organisations.

It comes at a time when immigration is one of the most contentious issues in countries such as the United States, Italy, Germany and Hungary.

Francis has sparred with U.S. President Donald Trump and Italian right-wing league leader Matteo Salvini over the rights of migrants.

‘Political addresses that tend to blame every evil on migrants and to deprive the poor of hope are unacceptable,’ said the pope, who did not mention any countries or leaders. 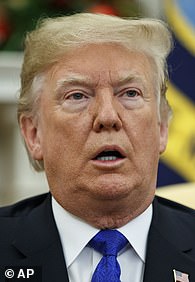 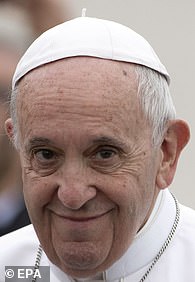 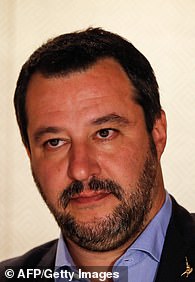 He said today’s times were ‘marked by a climate of mistrust rooted in the fear of others or of strangers, or anxiety about one’s personal security.’

Francis said it was sad that mistrust was ‘also seen at the political level, in attitudes of rejection or forms of nationalism that call into question the fraternity of which our globalised world has such great need.’

Last week, the pope praised the United Nation´s first Global Compact on Migration, which sets objectives for how the management of migration can be improved. A number of nations, including the United States, Italy, Hungary, and Poland did not attend the meeting in Morocco. 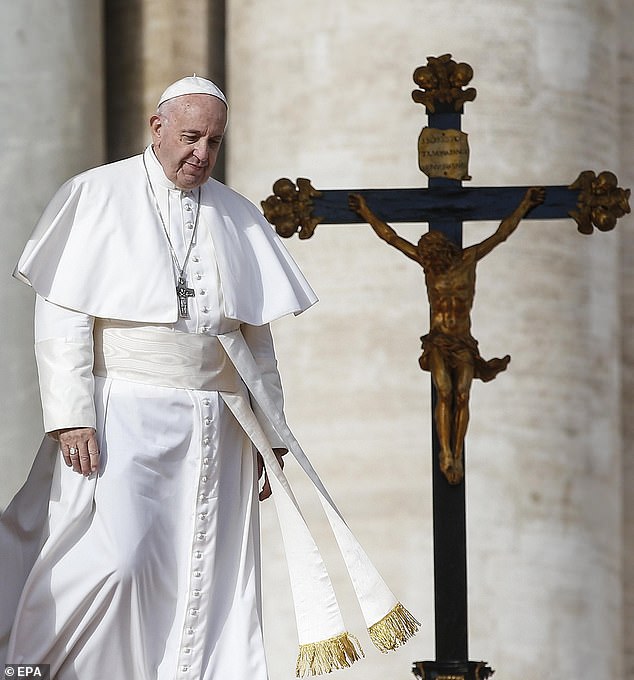 The 82-year-old pope, who has made defence of migrants a plank of his papacy, made the comments in his message for the Catholic Church’s World Day of Peace on Jan. 1

Francis denounced a list of ‘vices’ by politicians who he said undermined authentic democracy and brought disgrace to public life through various forms of corruption.

Among these he included misappropriation of public resources, dishonest gain, xenophobia, racism, lack of concern for the environment, and plundering of natural resources.

He proposed eight ‘Beatitudes of the Politician’ – first formulated by the late Vietnamese Cardinal Francois-Xavier Nguyen Van Thuan – as a guide for the behaviour of public office holders.

These, he said, would set goals for politicians who, among other qualities, should have a deep understanding of their role, personally exemplify credibility, work for the common good and accomplish radical change.

Organizers of an upcoming Vatican summit on sex abuse prevention are warning that the credibility of the Catholic Church is in jeopardy over the abuse scandal and are urging participants to meet with victims personally before coming to Rome.

In a letter sent to the presidents of bishops’ conferences worldwide, organizers said the church must develop a ‘comprehensive and communal response’ to the crisis, and that the first step is ‘acknowledging the truth of what has happened.’

Pope Francis invited the church leaders to the Feb. 21-24 summit to respond to what has become the gravest threat to his papacy, as the sex abuse and cover-up scandal erupted in the U.S., Chile and elsewhere this year.

In revealing the first details of the preparations for the meeting, the Vatican said the summit would focus on three main areas: responsibility, accountability and transparency. 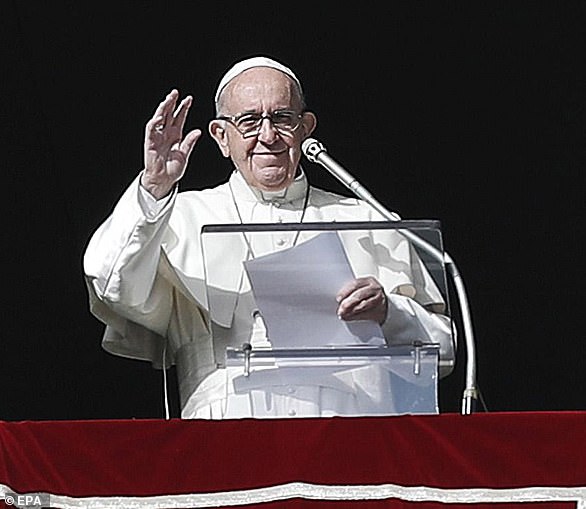 The Pope speaking to an outdoor congregation during the Angelus prayer in St Peter’s Sqare, Vatican City, where the Pope resides.

‘Absent a comprehensive and communal response, not only will we fail to bring healing to victim survivors, but the very credibility of the Church to carry on the mission of Christ will be in jeopardy throughout the world,’ the organizers wrote.

‘Each of us needs to own this challenge, coming together in solidarity, humility, and penitence to repair the damage done, sharing a common commitment to transparency, and holding everyone in the church accountable,’ they said.

Vatican spokesman Greg Burke said that doing so ‘is a concrete way of putting victims first and acknowledging the horror of what happened.’

Francis is still working to recover from his botched handling of the sex abuse scandal in the Chilean church, sparked earlier this year when he repeatedly discredited victims of a notorious Chilean predator priest.

His papacy was then jolted by accusations from a retired Vatican ambassador that Francis himself rehabilitated a now-disgraced American ex-cardinal accused of molesting and harassing adult seminarians. Francis hasn’t responded to the allegations, though he has ordered a limited investigation into them.