Officers spotted the BMW X5 missing one front and one back wheel moments before it crashed into a barrier on the M42 Southbound on Sunday morning. 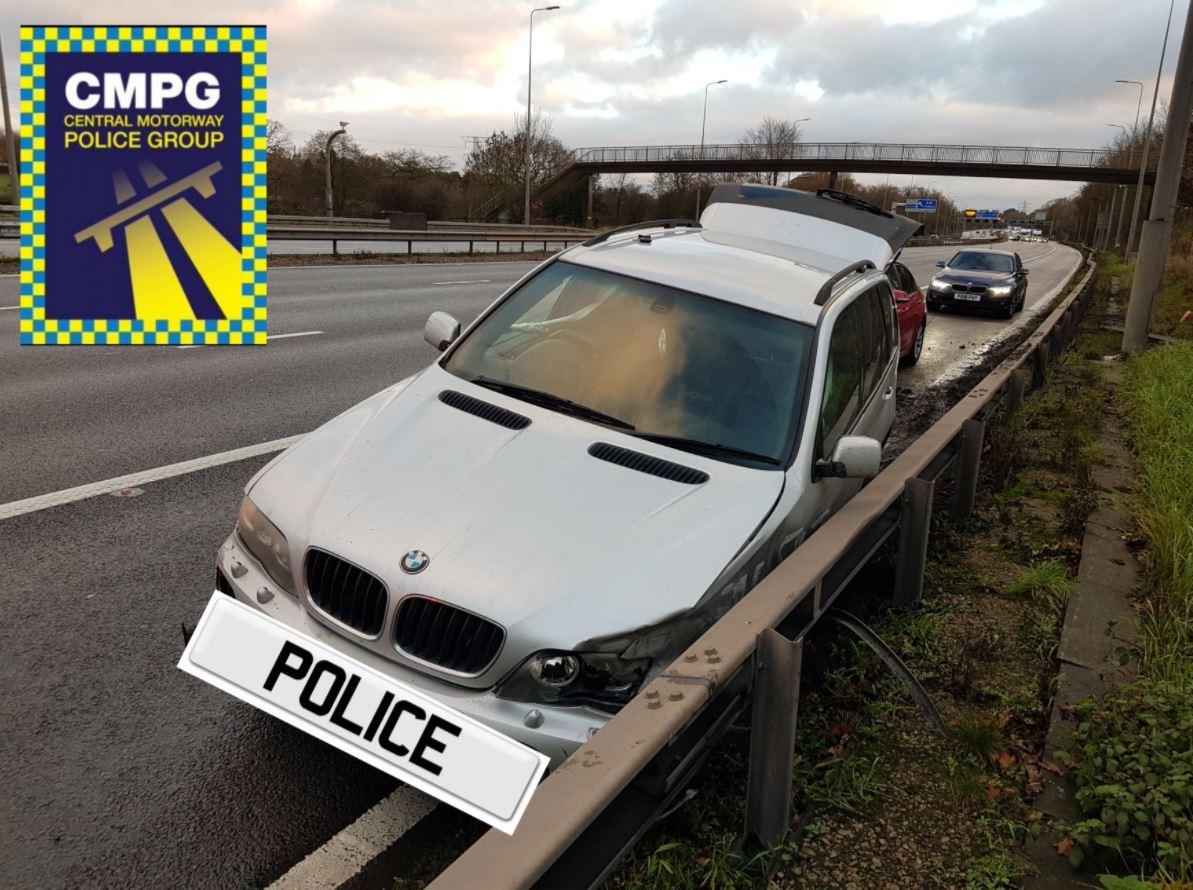 The flash motor was being driven by a 24-year-old man who was quickly arrested on suspicion of dangerous driving, driving while disqualified and failing to provide a specimen.

Cops from the Central Motorway Policing Group who handled the incident took to social media to warn other motorists about the bizarre incident.

CMPG tweeted: "An interesting start to our first shift back.

"Driver on the M42 south decided to drive his X5 without a front wheel… Followed by no back wheel and was still trying to drive when we arrived! 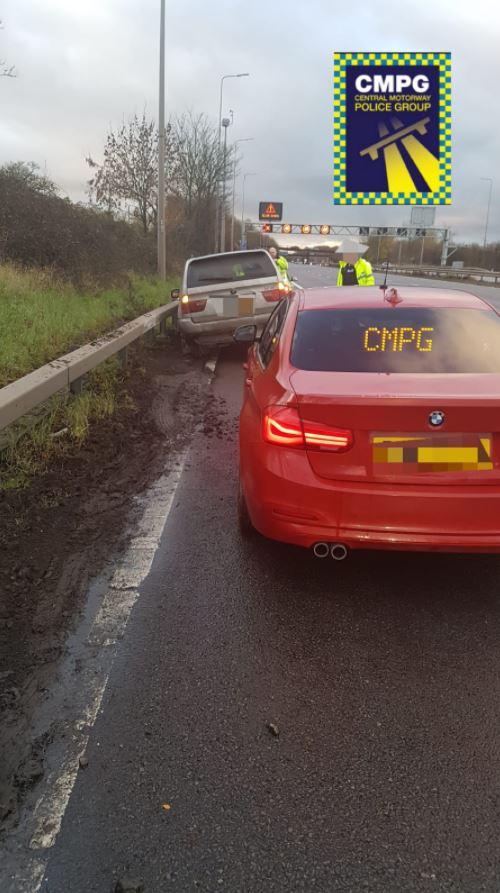 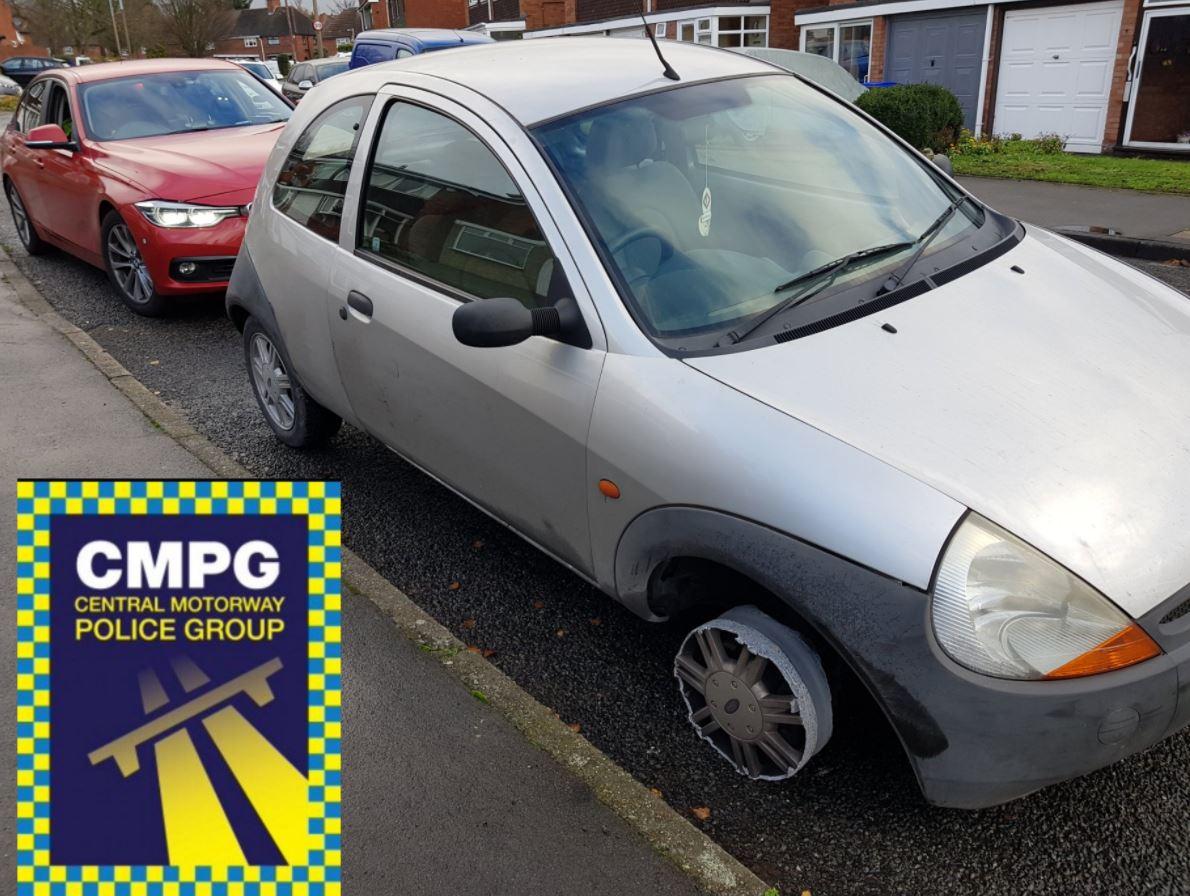 And incredibly, the roadway rozzers came across another man driving with missing wheels just a few hours later.

The 35-year-old motorist was safely brought to a stop and arrested on suspicion of drink-driving and dangerous driving.

They wrote: "You really couldn't make it up!

"Yet another drink driver deciding to drive without a tyre [on] the rim. This time though urban roads with some very near misses.

"Driver very intoxicated and is off to custody."

CMPG ended their tweet with the hashtags "unbelievable" and "Fatalfour" – a reference to the four most common causes of road traffic accidents: inappropriate speed, using a mobile phone while driving, not wearing a seatbelt, and driving under the influence.