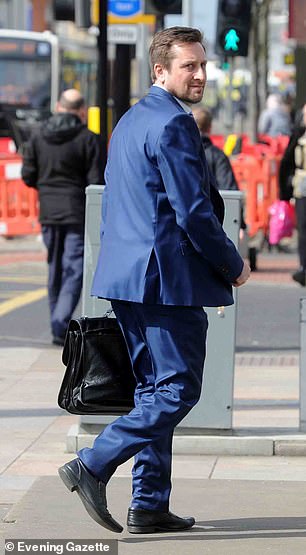 A GP who was found to be four times the drink drive limit in a roadside breath-test has been convicted for refusing to give a blood sample after claiming he had a fear of needles.

Dr Michael Farrell, 46, was suspected of drink driving when he was pulled over in a Mercedes in Ingleby Barwick, North Yorkshire in January.

A roadside breathalyser test showed he was four times the legal alcohol limit and he was taken to Middlesbrough police station to provide a further test.

But when the GP arrived at the station the second breathalyser malfunctioned, and Farrell was asked to give a blood sample.

After initially agreeing, he then repeatedly refused to go through with the procedure until he had seen a solicitor, despite originally declining legal advice.

Farrell, of Thornaby, claimed in a trial at Teesside Magistrates’ Court the station’s duty nurse, Amanda White, had not followed proper procedure.

A short clip from an officer’s body-worn camera showed Farrell rejecting the test despite being told he must give a sample immediately, before seeking legal advice.

An earlier hearing was told Farrell had been unwilling to undergo a blood test as he had a ‘fear of needles’.

But giving evidence on Tuesday, he claimed he had refused because police had ‘misled’ the nurse by refusing him the option of giving a urine sample instead.

Prosecutor Monique Jarvis-Legg asked whether alcohol had clouded his memory of events at the station, in the early hours of January 6 this year.

‘Possibly,’ he replied, claiming he had ‘taken some alcohol’ but was also suffering from the effects of a head injury. 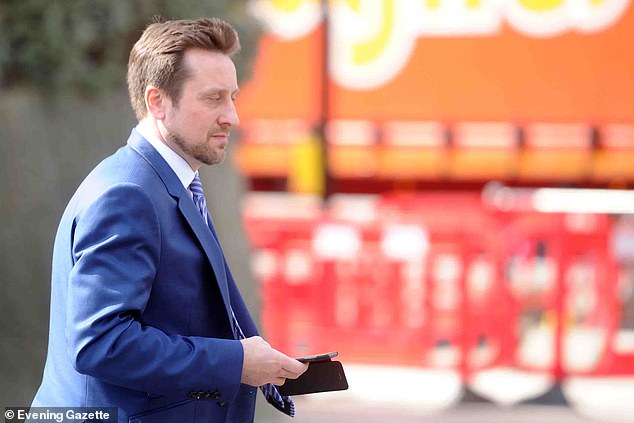 Farrell (pictured) was convicted and will be sentenced at the same court on Wednesday afternoon. He was bailed and given an interim driving ban

Michael Robinson, defending, had earlier put to arresting officer PC Morris that his presence in the nurse’s office during the procedure was ‘unhelpful’.

He claimed the circumstances at the station had created a ‘pressure cooker’ atmosphere in which proper consent could never be granted.

PC Morris said it was normal for an officer to be present as they need to ensure evidence is not tampered with and provide protection to healthcare professionals.

Farrell, who has a previous drink driving conviction from 2009, claimed he had mentioned his ‘problem with needles’ and asked to give a urine test instead.

But judge Tim Capstick said: ‘I reject the defendant’s account, in that it’s inconsistent with that of the other witnesses. It is clear he was under the influence of alcohol.

‘And I reject his assertion that he asked for a urine test. I reject the claim he raised a medical reason that he had a problem with needles.

‘There was no reasonable excuse to refuse the test.’

Farrell was convicted and will be sentenced at the same court on Wednesday afternoon. He was bailed and given an interim driving ban.

The GP is currently a partner in a Stockton-based NHS practice and a ‘regional GP’ for Virgin Healthcare.