London: The Eiffel Tower, France’s most famous landmark, will close this weekend over fears that planned protests could spill into violence, putting visitors at risk.

France’s Prime Minister Edouard Philippe has vowed his security services will use "exceptional measures" to counter the threat of continued violent protests against the government on Saturday. 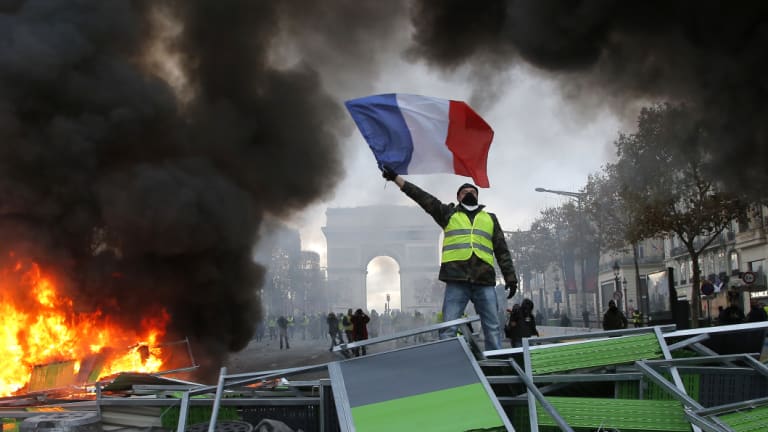 A demonstrator waves the French flag on a burning barricade on the Champs-Elysees with the Arc de Triomphe in the background, during a demonstration against the rise of fuel taxes. Credit:AP

Almost every police officer in the country will be mobilised to try to keep the "gilets jaunes" ("yellow vests") protests under control, French media says.

BFMTV reported there would be unprecedented numbers on duty at the same time, from all of France’s various police and gendarmerie services – adding to more than 65,000 officers across the country with a focus on Paris.

A dozen armed police vehicles will be on reserve to help destroy barricades and protect officers.

"The government fears a surge of violence," the network reported. 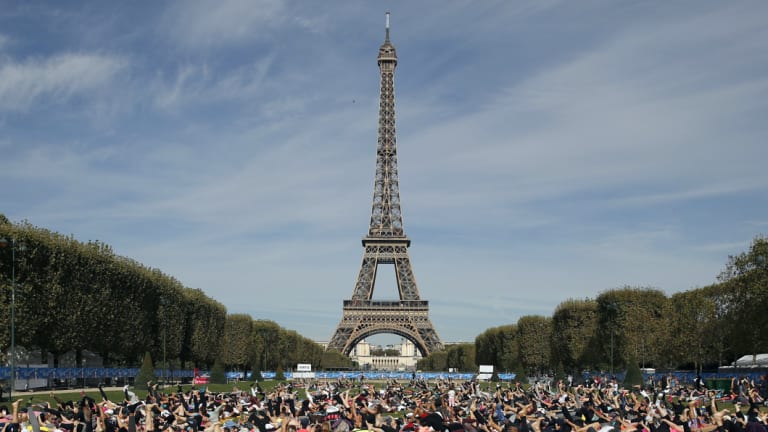 The Eiffel Tower has announced it will be closed on Saturday, Credit:AP

French authorities will close dozens of tourism sites and shops on Saturday, including the Louvre and Orsay museums.

The Eiffel Tower operator said it would also close on Saturday as it could not guarantee the security of visitors.

Six first division football matches have also been cancelled, including the top-of-the-table clash between leaders Paris St-Germain and Montpellier.

Local authorities have been asked to remove loose items in the streets, such as construction equipment and iron fences, that could be used as projectiles.

Traders around the Champs-Elysees were advised to board up their shops and remove chairs and tables.

President Emmanuel Macron this week announced he would reverse the fuel tax rise that had sparked the protests.

As a result, some of the yellow vest protesters have called for calm this weekend.

However, others were reportedly busy on social media networks and messaging apps planning new political action.

Passions were stirred by circulated images and video of alleged police violence during last weekend’s protests.

Students were planning to join the protest to demonstrate against a proposed change to university admission procedures and a rise in fees, while others are demanding more tax cuts and a rise in the minimum wage.

The government is also facing some unrest among police, with one small police union threatening to strike on Saturday.

Despite the violence, many French people remain sympathetic to the protest movement, or at least to those who are genuinely disadvantaged by government policy.