Energy firms keep customers on hold for up to 20 minutes when they call to speak to an adviser, research by consumer group Which? finds

Millions of energy customers are being forced to wait on hold for more than 21 minutes on average, say researchers.

Some frustrated callers are even being left hanging on for more than half an hour, according to the investigation by Which?

The consumer group has named and shamed the power firms that are slowest to pick up the phone. 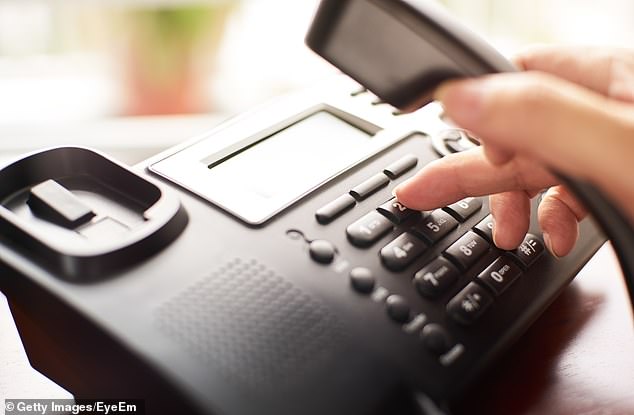 Millions of energy customers are being forced to wait on hold during phone calls for an average of more than 21 minutes, according to new research

It said Scottish Power – which has almost five million customers all over the country – was the worst offender, with callers left waiting an average of 21 minutes and 24 seconds.

This was 20 minutes slower than the fastest company – fledging power firm So Energy, which answered calls in just 38 seconds.

Bulb Energy notched up the longest single call waiting time of 41 minutes and 48 seconds, and kept people waiting on hold for 19 minutes and two seconds on average.

Which? pointed out that a customer living in Harlow, Essex, would be able to travel more quickly by train into Liverpool Street station, next to Bulb’s headquarters in London, to make a complaint in person.

The firm has enjoyed meteoric growth, gaining a million customers and five per cent of the electricity market in under five years. Only two years ago it was the fastest to answer calls.

Natalie Hitchins at Which? said: ‘It is unacceptable that some people are facing waits of half an hour or more just to speak with an adviser.

‘If you are tired of wasted time on the phone, then you should switch to a provider that can better meet your needs, and potentially save you hundreds of pounds.’

Which? made 432 calls to 36 energy suppliers. Each provider was called 12 times at different times of the day and on different days of the week to calculate the average wait before speaking to a member of staff.

The average wait across the survey was an unacceptable six minutes and 50 seconds.

Scottish Power is the only one of the so-called ‘Big Six’ energy firms to languish near the bottom of the table.

It appears to mark a rapid drop in customer service at the firm, which was the fastest of the Big Six to pick up the phone when Which? did the same exercise last year. Then it averaged three minutes and 29 seconds.

Scottish Power – which has almost five million customers all over the country – was the worst offender, with callers left waiting an average of 21 minutes and 24 seconds

Of the big firms, EDF was the quickest to answer calls, at three minutes and two seconds. Scottish Power may be slow to pick up the phone but it was one of only three firms to respond to live chat queries in under a minute on average.

A spokesman said: ‘Nobody wants to be at the bottom of this type of list and we’re already working hard to regain our top spot.’