‘When it came to the crunch, ministers crumbled’: Esther McVey claims she was shouted down in crucial Cabinet that agreed the ‘terrible’ deal while other Brexiteers ‘said nothing’

Esther McVey said Brexiteer resistance in Cabinet ‘crumbled’ when Theresa May presented her deal at the crunch meeting last month.

The former work and pensions secretary resigned over the deal after demanding a vote in Cabinet only to be shouted down by officials.

She said instead of focusing minds her call for a vote led colleagues to ‘chose to say nothing’.

Ms McVey and Dominic Raab resigned over the deal – leaving five Brexiteers including Michael Gove and Andrea Leadsom in their posts.

Ms McVey has since become one of the most ferocious critics of the deal – warning it was a breach of trust with voters.

The deal appears to be doomed in Parliament next week despite desperate efforts by the Government to shore up support ahead of a showdown vote on Tuesday night. 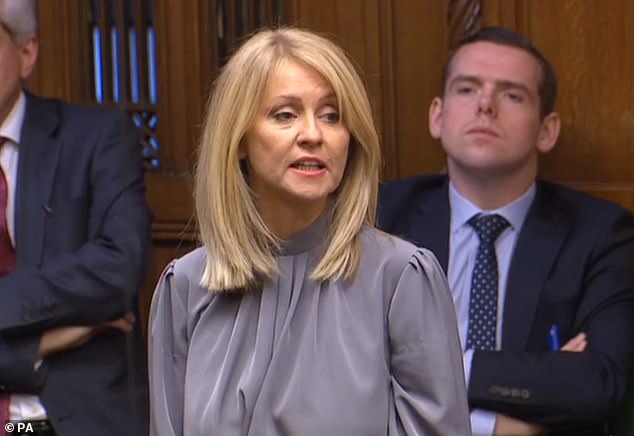 Ms McVey recalled her final Cabinet meeting in an interview with today’s Telegraph.

Of her call for a vote of senior ministers, she said: ‘I thought we needed to focus our minds because this was a huge change for the country.

‘But when the moment came, my Cabinet colleagues chose not to say anything.

Ms McVey denied she had ‘cried’ or had a ‘meltdown’ in the Downing Street Cabinet room.

She said: ‘I was accused of having a meltdown but actually it was the opposite way round because people were so adamant not to have a vote that various people, the Chief Whip, Sedwill, yes, they did all (shout me down).’

Ms McVey said her assessment on reading the deal and the legal advice from Attorney General Geoffrey Cox was it was a ‘bad deal for the country’.

She said: ‘When there were so many interpretations, it added to its vagueness. It struck me the deal was a lawyer’s dream and a citizen’s nightmare.’ 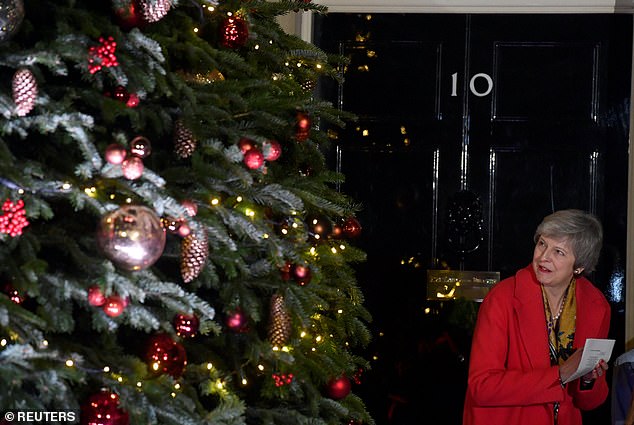 The MP added: ‘Politics is all about trust. Trust is like the soul, once gone, it never returns. We’ve got to be as good as our word.

‘My whole premise was – you must go back and get a better deal for the UK because this is not going to be good enough.’

Heavily criticising the lack of no-deal preparations, she added: ‘It took me eight months at work and pensions to get £4.5billion and another £1.5billion for our country’s most vulnerable people and yet we have given over £39billion, as far as I can see it, for nothing. We must use that money as leverage.

‘And we need to be properly prepared for every eventuality. No-deal planning has been done in the departments but it’s never been put into law. We need to prioritise that.’

Insisting that losing Tuesday’s meaningful vote would strengthen Mrs May’s negotiation position, she said: ‘I still believe with four months left that the Prime Minister can get a better deal.

‘She should go back to Brussels and say this isn’t going through the House, it has split my Cabinet, people have resigned and it isn’t what the country voted for.

‘Only two or three things need to be changed, not the whole document. First of all there shouldn’t be a backstop – neither the EU and [nor] our country want it, [so] why is it there?

‘The £39billion is her trump card – she should offer half now and half when a trade deal has been signed.’ 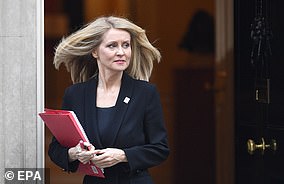 Esther McVey found fame as a GMTV presenter in the 1990s before turning to politics, and is one of the party’s strongest media performers

Esther McVey found fame as a GMTV presenter in the 1990s before turning to politics, and is one of the party’s strongest media performers.

The 51-year-old, who attended Cabinet as employment minister under David Cameron, was the most high-profile Tory casualty of 2015 when she was ousted by Labour in Wirral West.

She lost her seat after the unions mounted a nasty campaign in her constituency, which was surrounded by a sea of red.

At a distasteful comedy night on Remembrance Sunday in 2014, shadow chancellor John McDonnell, who was then a backbencher, joked about how activists in Liverpool had wanted to lynch her.

To applause, he said that at a meeting he had attended they asked: “Why are sacking her? Why aren’t we lynching the b******?”‘

She returned to Parliament last June after taking George Osborne’s seat in Tatton, and was made deputy chief whip in November last year.

In January, she made a remarkable comeback to the Cabinet table when she was appointed Work and Pensions Secretary.

Last month, in an interview with the Daily Mail, Miss McVey revealed how she had been put into foster care as a baby after she was born to young parents.

She said: ‘I believe most people in their life will fall upon tough times at some point. I want to give the message that anyone can succeed given the opportunity.

But she sent Mrs May’s Cabinet into meltdown when she dramatically quit in fury at the PM’s Brexit divorce deal.

She joined Dominic Raab in storming out in fury after the PM put her blueprint to her ministers in a stormy five-hour cabinet session.