It’s not unusual for most of us to find ourselves at the end of the year with a little less money in our accounts than we had hoped. But for the National Rifle Association in the US, that discovery came as a serious shock. Usually mass shootings leave the organisation flush with cash, as gun-toting Americans rush to write cheques to safeguard their right to a fully stocked arsenal. 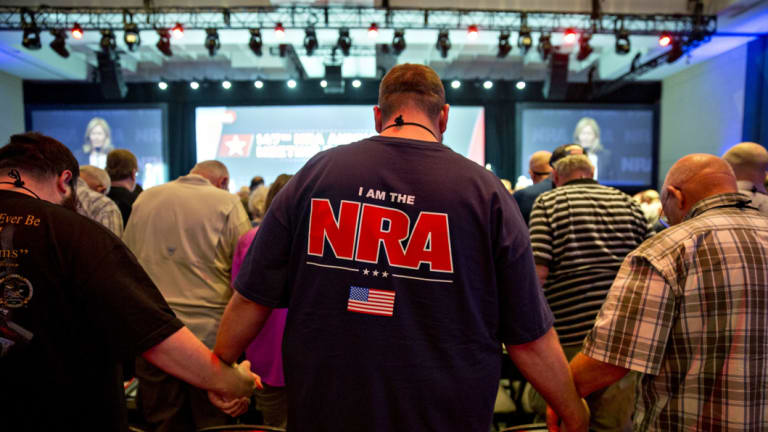 Indeed, after a shooter killed 17 people at a high school in Parkland, Florida, this February, the NRA set a 20-year fundraising record.

Yet something has changed. According to a just released report, the gun organisation’s income plummeted by US$55 million in 2017, as memberships and contributions dried up. And while the NRA has not been reduced to pauperdom – its budget still topped $300 million – its fortunes seem to be changing, just as a national gun-control movement has been taking shape. 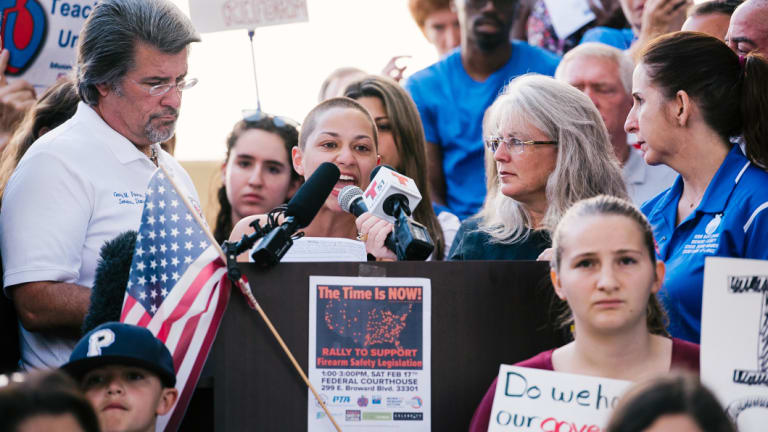 Emma Gonzalez yells, “We call BS!” at a rally for gun safety after the Parkland shootings.Credit:Alamy

One of the most pressing questions about American politics – and the most baffling one to people from other countries – is why politicians have failed to act in the face of mounting gun violence.

That conundrum becomes even more puzzling when you consider how strong public support for gun control actually is. There is overwhelming support (67 per cent and higher) for banning assault weapons and high-capacity magazines, creating a gun-sales database, and requiring background checks for all gun sales.

Yet the last time Congress passed a gun-control law was 1994 – nearly a quarter-century ago.
Responsibility for that failure to act rests with the NRA and the Republican Party, which have become twin entities since 1994.

Prior to the passage of gun reform in the early 1990s, the NRA was bipartisan in its giving. For the 1992 election, it gave about a third of its donations to Democrats and the rest to Republicans. Today, the split is 1 per cent for Democratic candidates, 99 per cent for the GOP. 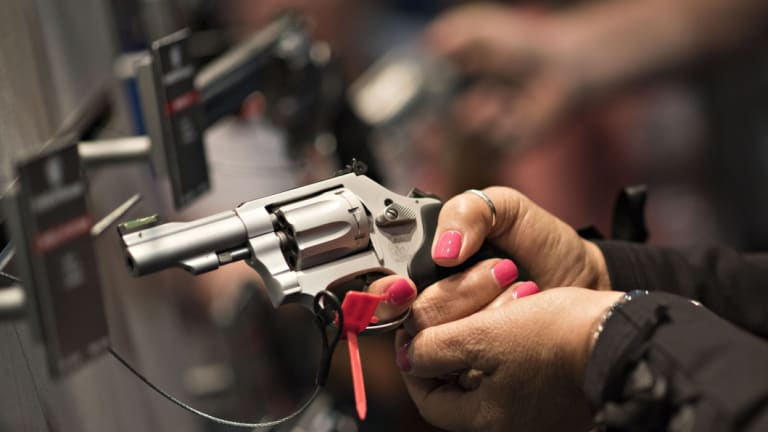 A woman handles a gun at the National Rifle Association annual show in Nashville in 2015.Credit:Bloomberg

Perhaps that makes sense: after all, Democrats strongly support gun control, while such reforms are the third rail of GOP politics. Pro-gun-control comments would doom a Republican politician, which is, perhaps, why few ever make them – even after a gunman opened fire on Republican members of Congress during a morning baseball practice session.

While Republicans have increasingly fallen silent about gun control, the NRA has grown increasingly shrill. Since the 1990s, the organisation’s rhetoric has grown more and more apocalyptic. From Charlton Heston’s cry in 2000 that the government could have his gun when they prised it from his “cold, dead hands” to Dana Loesch’s call in 2017 to fight the left “with the clenched fist of truth”, the organisation has built its messaging around fear and violent resistance.

All of this is a far cry from where the NRA began. Founded as a hunting and gun-safety organisation, its first several decades were marked by training classes and, occasionally, a willingness to advocate for gun-control laws. NRA members believed that by restricting guns that represented a real danger to people, they would be able to safeguard guns meant for sport and hunting.

That changed in the 1970s, as the NRA saw itself more as the advance guard for anti-government survivalists than for sport-shooters and hunters. This new alliance was built on the feeblest justification – that men with assault weapons could defend themselves against a government with a nuclear arsenal and the most advanced military in the world – but throughout the 1970s, 1980s and 1990s, the image of the NRA was more men facing off against government officials than recreational deer hunters facing off against a chilly forest and a few seven-point bucks.

The NRA’s shift dovetailed perfectly with the Republican Party’s embrace of anti-government rhetoric in the same period. Already well matched, the bonds between the NRA and the GOP grew even closer after the gun reforms of the 1990s.

They would both warn conservatives that Democrats were coming for their guns, conservatives would increase their donations to the NRA, the NRA would increase its donations to the Republican Party, conservatives would vote for their NRA-endorsed representative, and that representative would ultimately vote against even the mildest of gun-control measures. So it is that after two decades that have witnessed more than 1000 mass shootings in the United States, gun laws are laxer than ever.

No wonder proponents of gun reform have drawn hope from the news of the NRA’s failing fortunes. But those hopes should be tempered by the timing of the decreased donations. In 2017, Republicans controlled all three branches of the federal government. Donald Trump appointed his first of two Supreme Court judges and the Republicans’ lock on Congress seemed unbreakable. Even as gun-control advocacy grew and public opinion moved more sharply towards regulation, no pathway existed for gun reform to pass.

The midterms put Democrats back in power in the House, but that still doesn’t provide an opening for change. As long as Republicans remain in power – and in hock to the NRA – gun devotees in America have little to fear from the federal government. The NRA’s coffers may be a little lighter as we move into 2019, but that doesn’t mean that its power has ebbed – or that Americans will be able to make their country safer in the months and years ahead.

Nicole Hemmer is a Fairfax columnist based in the United States.