Former escort who slept with Wayne Rooney slams wife Coleen for staying with cheating husband and says it ‘can’t mess her up that much, because he does it all the time’

Former escort Helen Wood has revealed that her new tell-all book will name men that ‘screwed her over’ as she slammed Coleen Rooney for staying with cheating Wayne.

Ms Wood first hit headlines over a decade ago when she slept with the married footballer.

Today she told Gold Morning Britain that a book set to be released on June 3 will name some of the other men she slept with, claiming her former clients included three famous actors and a judge. 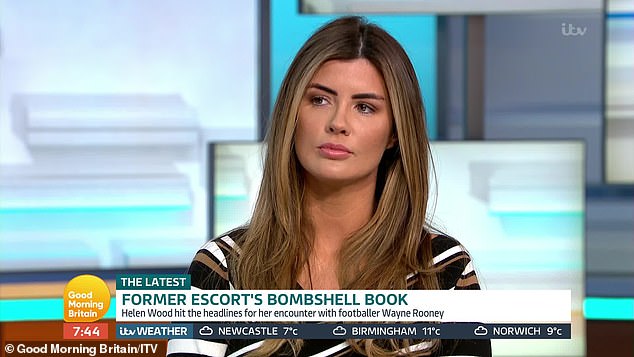 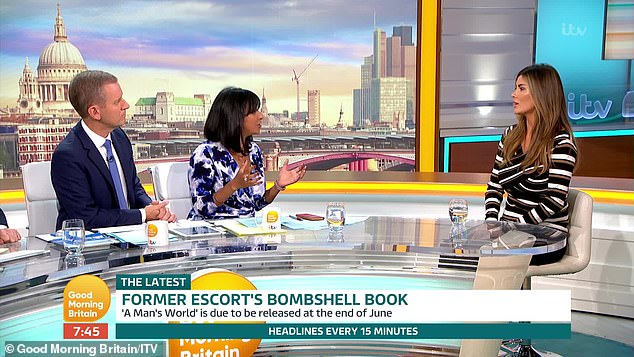 She said that she understands resentment from wives whose husbands she has slept with but added that Coleen must have learned to live with the DC United player’s infidelity.

‘It can’t mess her up that much because she stays with him and he cheats on her all the time,’ she said.

When host Jeremy Kyle asked why she was dredging up the controversy, she insisted that people would still read her biography even if she’d never slept with the star.

‘People take an interest in my life so I’m going to use that,’ she said. ‘It’s not about men bashing… it’s about why women do certain things’. 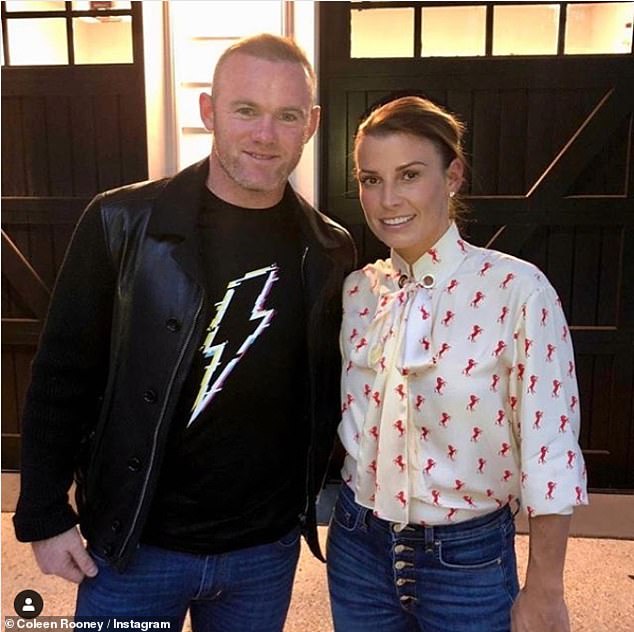 And she told the presenter that she has named men in the book that she feels have wronged her, but would not reveal their identities this morning.

‘The people I have decided to name in the book are people that have screwed me over,’ she said.

She claimed that she doesn’t regret being an escort and said she was ‘making the most’ out of her old life.

Her comments about Coleen come two days after footage emerged of a drunken Wayne setting off an airport alarm after allegedly mixing alcohol and sleeping tablets on a flight from Saudi Arabia.

In 2009 it was revealed that Ms Wood had slept with the then-Manchester United player.

It came to light that she and her friend Jenny Thompson – both of whom started escorting to pay off debts – had been paid £1,000 by England footballer Wayne Rooney for sex at Manchester’s five-star Lowry Hotel. Coleen was five months pregnant with the couple’s eldest son, Kai, at the time.

Ms Wood says that the glare of the media spotlight was unwelcome and uninvited and came only after Miss Thompson went to the tabloids to name her.

Earlier this year the former England captain’s marriage was said to be ‘hanging by a thread’ after the 33-year-old was spotted drinking with barmaid Vicki Rosiek until 2.30am.

The January incident came just weeks after he was arrested for being drunk at an airport in Washington DC. 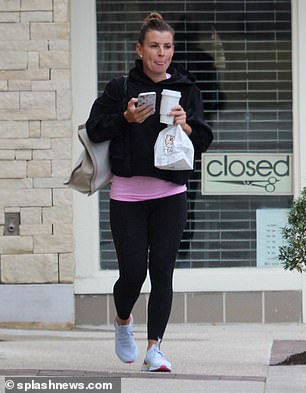 The former Everton striker also faced court appearance for drink-driving in 2017. He was arrested for driving party girl Laura Simpson, 30, in her VW Beetle in Cheshire while three times over the limit.

He was handed a two-year driving ban and 100 hours of unpaid community work, apologising for an ‘unforgiveable lack of judgement’.

Coleen, then pregnant, and their other three sons, Kai, Klay and Kit, were on holiday in Spain at the time.

In 2004 after Wayne Rooney, then aged 18, moved to Manchester United, national newspapers reported that the teenager paid £140 for sex with prostitute Charlotte Glover, 21.

It was also claimed in 2004 that at a brothel in Liverpool he slept with Gina McCarrick, then 37, and grandmother Patricia Tierney, then 48, who wore a rubber catsuit and was known as the ‘Auld Slapper’.

Mrs Tierney later denied these claims, but Rooney did admit to sleeping with unnamed prostitutes at the brothel.

In September 2006, former Everton manager David Moyes sued Rooney for libel over claims in Rooney’s autobiography which accused the manager of leaking Rooney’s reasons for leaving the club to the press.

A settlement was reached with Rooney conceding he hadn’t leaked these details and he apologised for any distress and embarrassment caused and paid ‘substantial’ damages and legal costs.