THIS is the excruciating moment a wife appeared to charge into a church demanding a stop to a wedding – claiming the groom is married to her.

Video filmed by a guest shows the mum-of-three calling out "He's my husband!" before she is surrounded by the furious congregation at St Therese Catholic Church in Lusaka, Zambia. 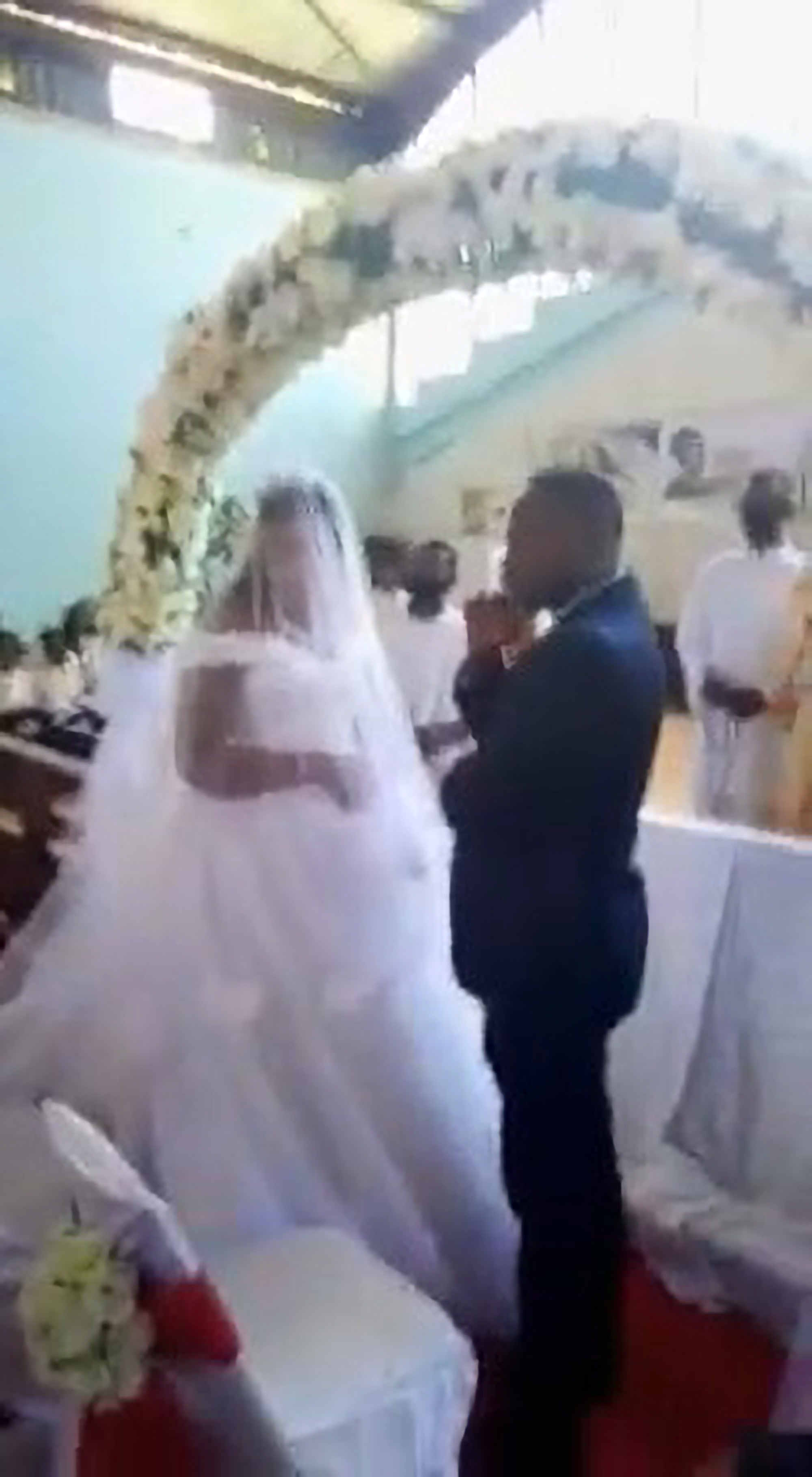 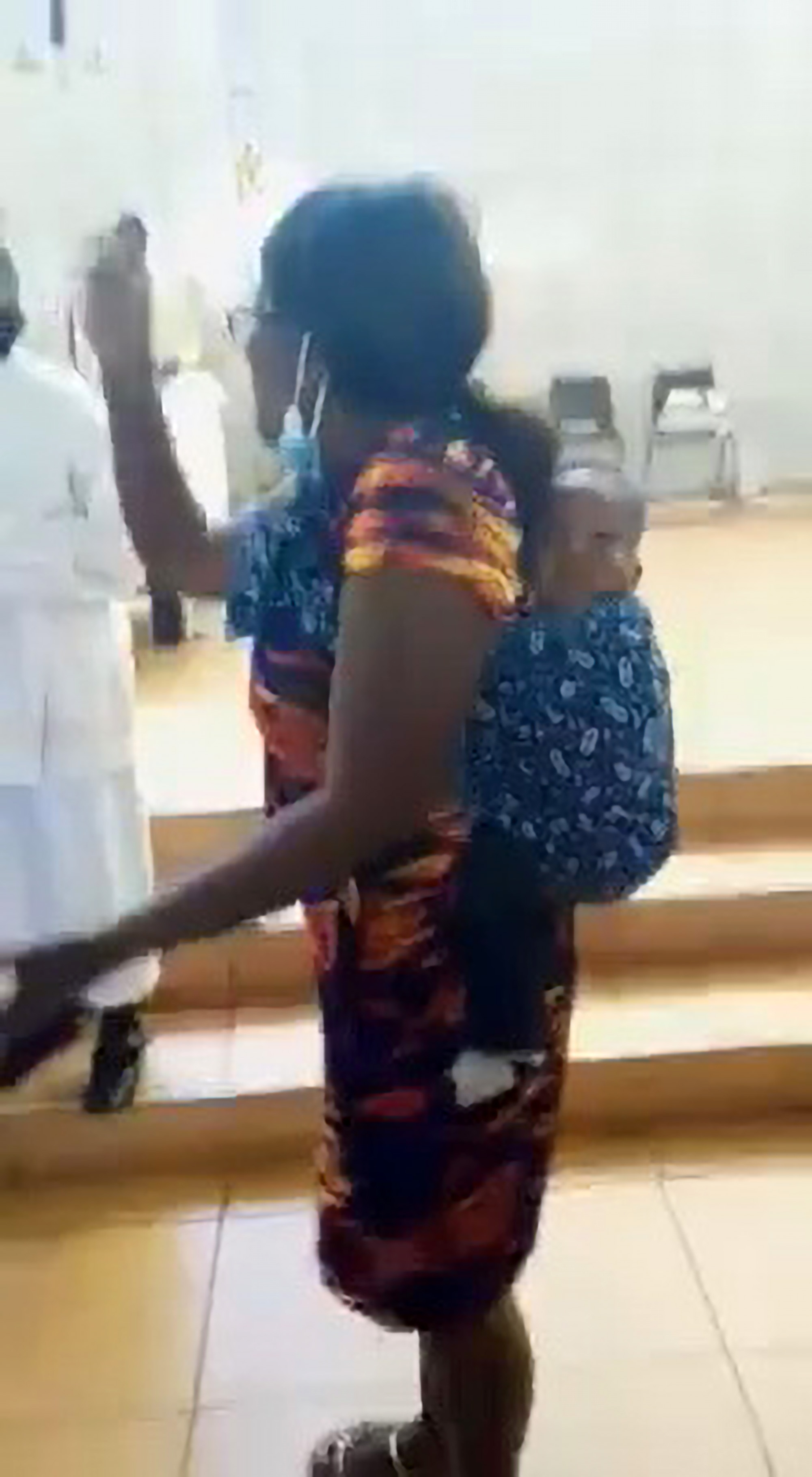 The groom and his bride look down in silence as the priest appears to walk off in horror.

His wife of 11 years Caroline Mubita is said to have been tipped off by neighbours that he was getting married and rushed to the church with their three kids – including a baby slung on her back.

She claimed he was with her at home that morning and told her he was going out of town on business, according to reports.

The dramatic video – shared widely on social media in Zambia – shows the woman approaching the alter saying: “Father, this man here is my husband.”

The groom appears embarrassed as he folds his arms and looks to the ground with his back turned to the woman show says she's his wife.

As people try to restrain her, she asks in confusion: “What is this?”

She then adds: “This man here is my husband. We have not divorced or quarrelled.”

Mr Muyunda is said to have told local media that his wife left him in 2013 when he lost his job.

He is reported to have added that she only came back when she realised that he had now become successful.

The bride's family are reported to have been fully aware of the previous marriage and attended both their traditional African wedding and the Catholic blessing service days later.

According to news sources, Mr Muyunda was taken to a police station but has not been charged with any crime.

The priest told guests to go on to the reception while he spoke to the man and his two wives, reports claim.

Zambia recognises two marriage systems, according to the UN.

Polygamy is forbidden under the modern statute law.

Anyone caught engaging in polygamy can be prosecuted and jailed for up to seven years under Zambian laws. 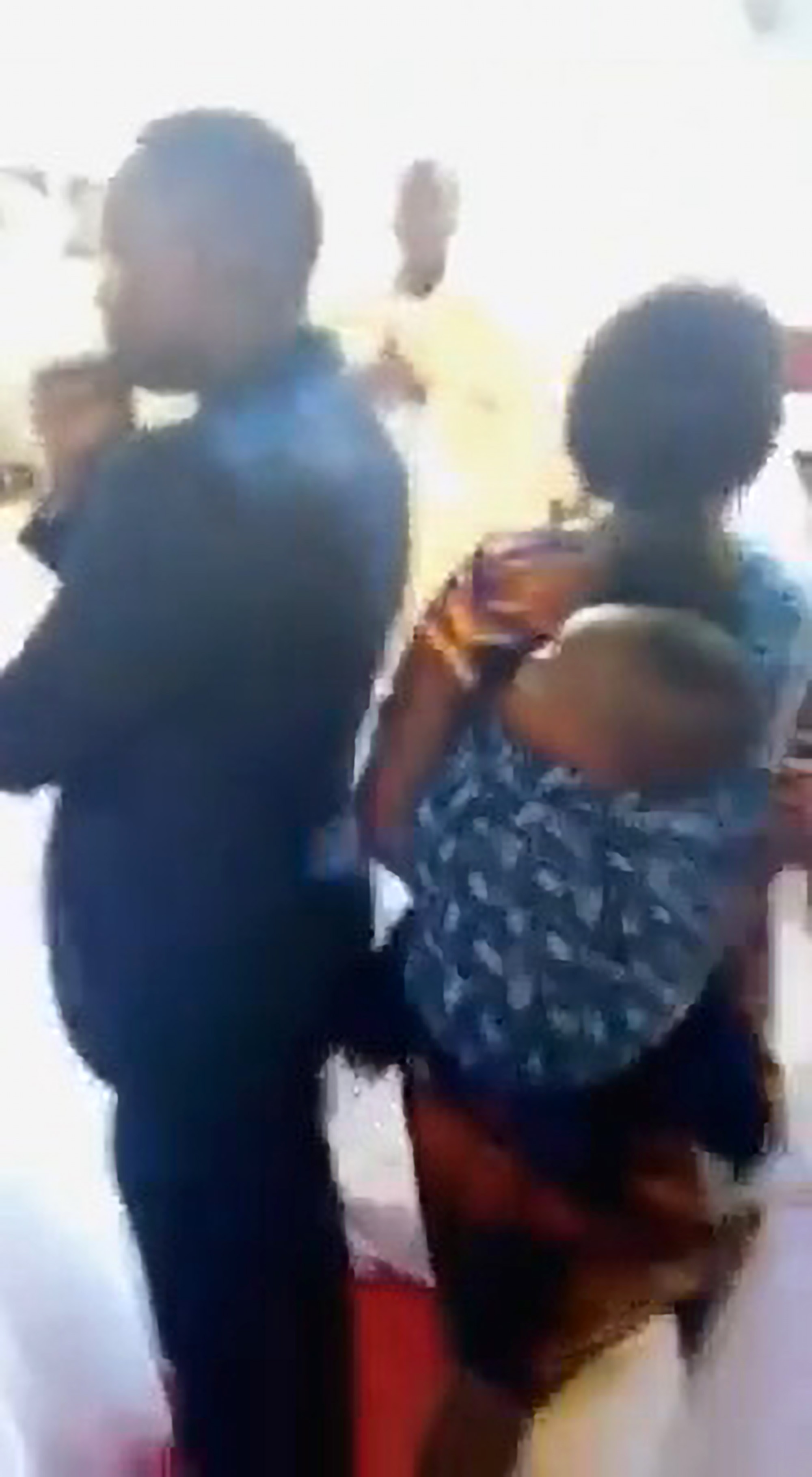 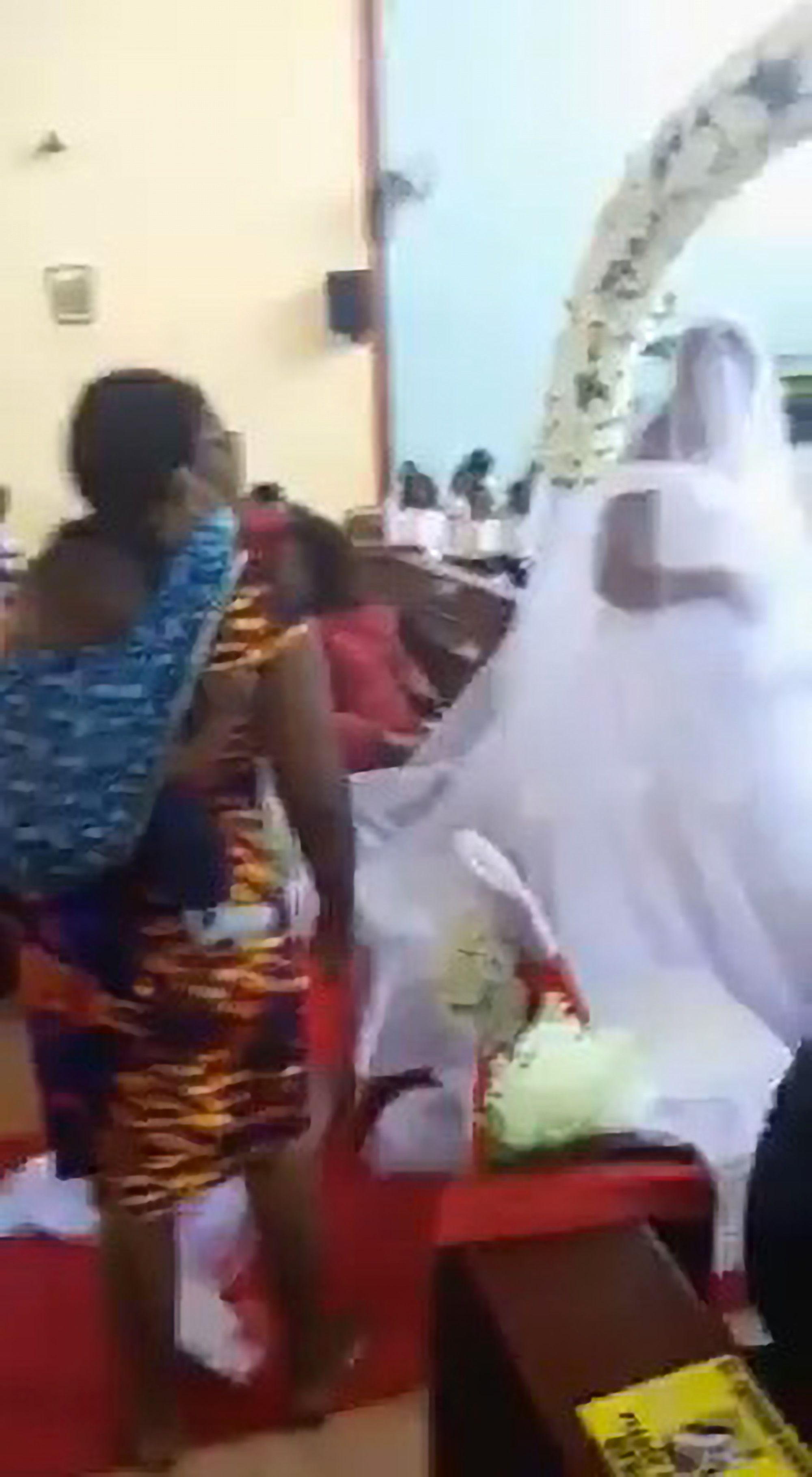