A father-of-four who who has barely left his house for ten years has embarked on a new life after having an enormous 12.lb tumour removed from his face.

Majeed N, 45, from India, underwent a painstaking 12 hour facelift surgery to have the cancerous lump cut out.

His lower jaw was reconstructed to completely change his appearance using a bone taken from his leg. 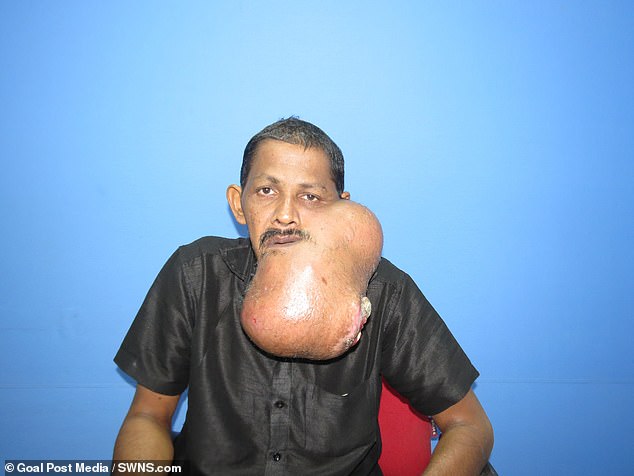 Majeed N, 45 underwent a 12-hour surgery to remove the 12lb tumour from his face

For the past decade Majid has barely left his house in the city of Palakkad because he was ashamed of his facial deformity.

The tumour, known as a chondroblastic osteosarcoma and measuring 8ins by 6ins, also made it difficult for Majeed to swallow and speak.

He said: ‘Due to the huge deformity on my face, my whole life had collapsed.

‘I began staying indoors as people made fun of me.

‘It is a huge relief to get the tumour off my face – it is almost like a second birth.’

The complicated surgery was carried out by 12 surgeons at Amrita Hospital in Kochi, India, over the course of a number of hours. 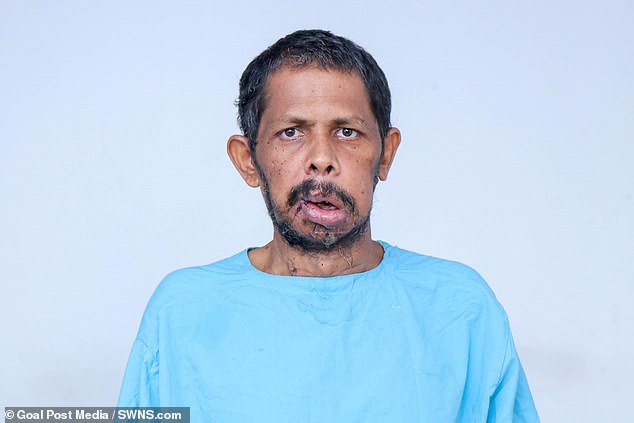 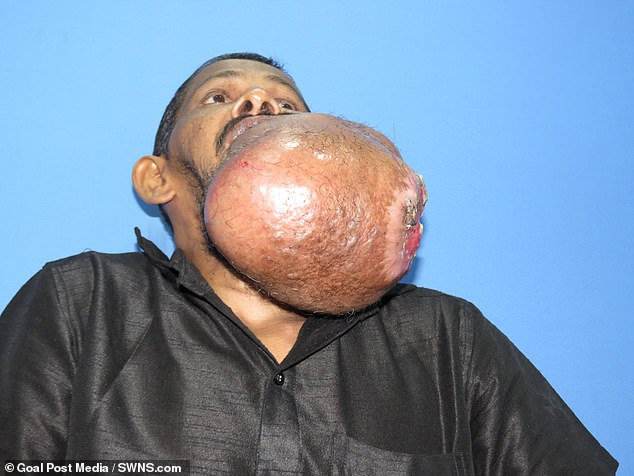 Dr Subramania Iyer, who oversaw the surgery, said: ‘Despite having several cycles of chemotherapy, the swelling on Majeed’s face continued to enlarge, making his life unbearable.

‘The huge mass was leading to grave complications.

‘If the condition had persisted, Majeed would have found it impossible to use his mouth.

‘The removal of the tumour, as well as reconstruction of the lower jaw, was a great challenge.’