Three adults and a young child have been shot in a gun attack in north west London.

The shooting, which took place in Harlesden, NW10 happened at 9.45pm.

Scotland Yard said officers responding to reports of a shooting along with the London Ambulance Service found the wounded people. 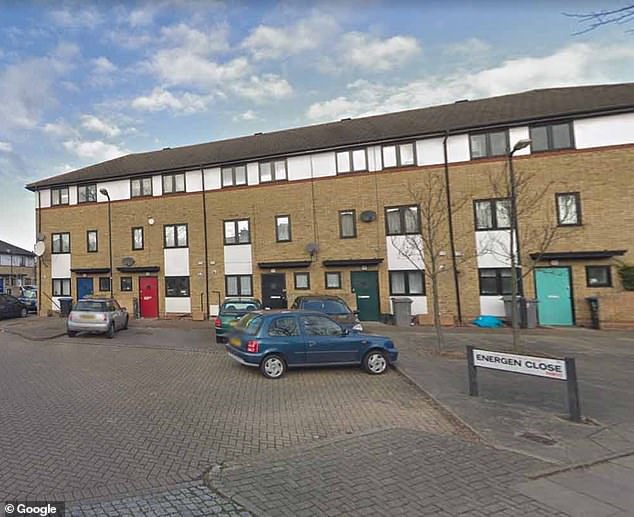 Three adults and a small child were shot and wounded in a gun attack on Energen Close, Harlesden at 9.45pm

According to police, the three adults and child suffered gunshot wounds and were rushed to hospital for emergency treatment.

The condition of all four victims is not known at this stage.

Scotland Yard confirmed nobody has yet been arrested in connection with the shooting.

A spokesperson said: ‘Any witnesses or anyone with information should call police on 101 quoting reference 8326/03june. To remain anonymous, please contact the independent charity Crimestoppers.’

The entire borough of Brent has been made subject of a Section 60 order until 7am tomorrow while a dispersal zone has been implemented across the Harlesden area.

A spokesperson said there would be additional police patrols following the shooting.