A FUMING kitchen designer blasted a boss for “chatting up the pretty girls” at work — then sent the email to all the firm’s 4,500 staff. 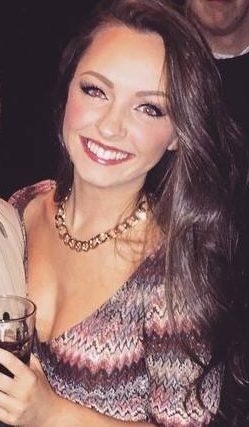 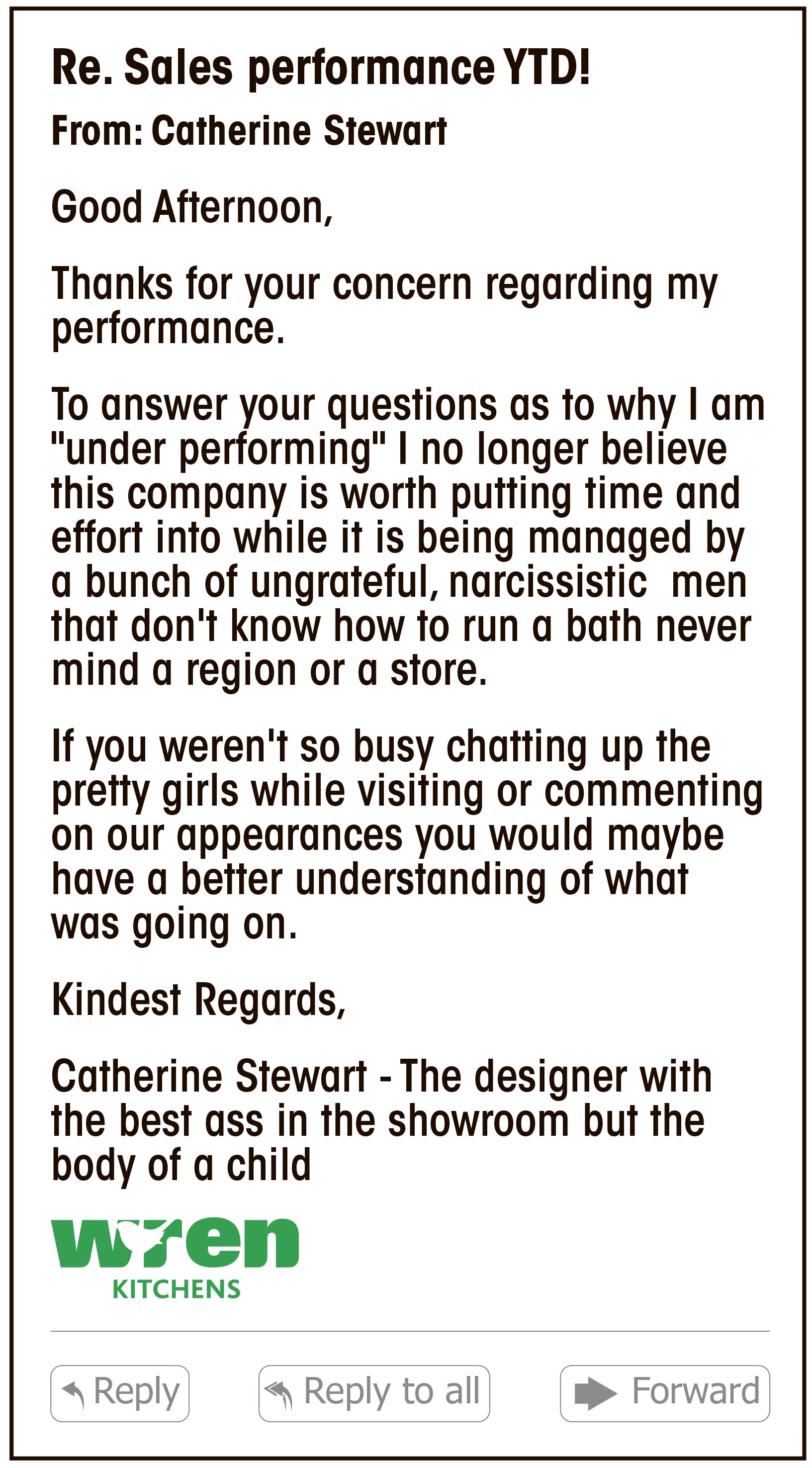 In a resignation note — thought to be sent all-round deliberately — she slammed bosses as “ungrateful, narcissistic men that don’t know how to run a bath never mind a region or a store”.

She said of one: “If you weren’t so busy chatting up the pretty girls while visiting, or commenting on our appearances you would maybe have a better understanding of what was going on.”

And she said the firm’s good reputation was not enough to improve her opinion of one boss, blasting: “You can’t put flowers in an a**hole and call it a vase.”

Finally, appearing to refer to bosses’ comments on women’s appearances, Catherine signed off: “The designer with the best ass in the showroom but the body of a child.”

It came after a boss had emailed her on Tuesday saying her “under-performance” had been highlighted at a meeting.

His memo criticised Catherine for only having eight sales so far this year.

She was told: “This is not good enough and needs your attention to improve immediately.”

'CAN'T RUN A BATH, NEVER MIND A REGION OR A STORE'

He also demanded: “What will you do to fix this going forward?”

Angry Catherine, who worked in a northern branch, replied: “Thanks for your concern regarding my performance. However I do believe you have bigger things to worry about like people not getting paid or even thanked properly for  the work they put in.”

She added: “Since returning from the Christmas holidays I have been extremely unhappy with the morale of the showroom. I am definitely not the only one.

“All the designers worked their a**** off for you and the company to smash targets and be the best in the region and for what?”

And she said: “So to answer your questions as to why I am ‘underperforming’.

“I no longer believe this company is worth putting time and effort into while it is being managed by a bunch of ungrateful, narcissistic men  that don’t know how to run a bath never mind a region or a store.

She did praise Wren founder Malcolm Healey for making the company “a good place to work” and added: “It is just a shame not everyone in the company shares this with him.”

And she said she had made “friends for life”at the firm.

Wren, based in Barton-upon-Humber, Lincs, has more than 90 showrooms and turned over £490million  last year. 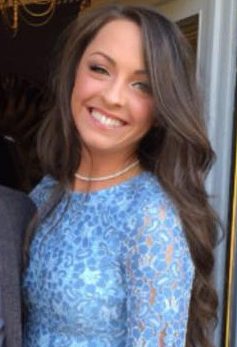 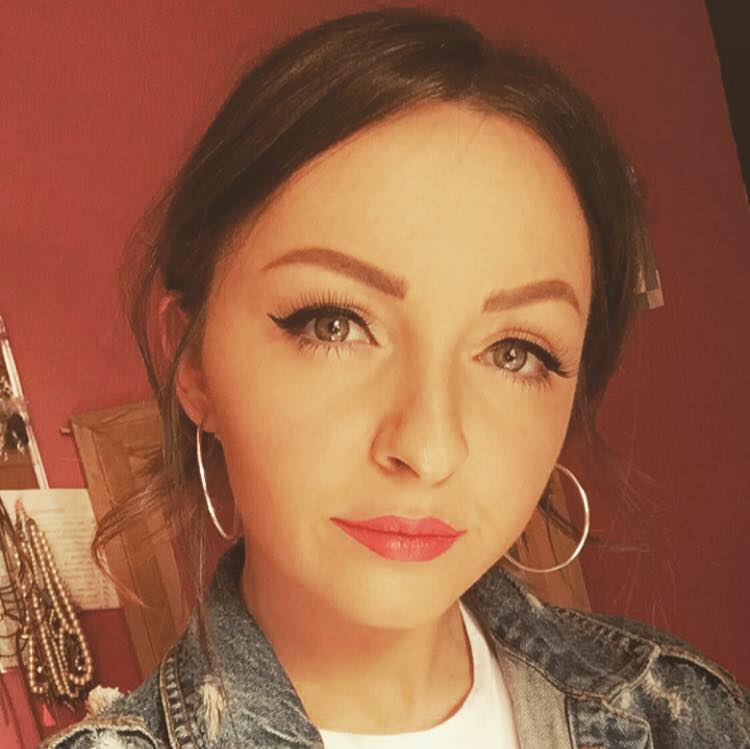