His remains will lie in state in Washington DC for three days of mourning where he will wear special socks before being buried. 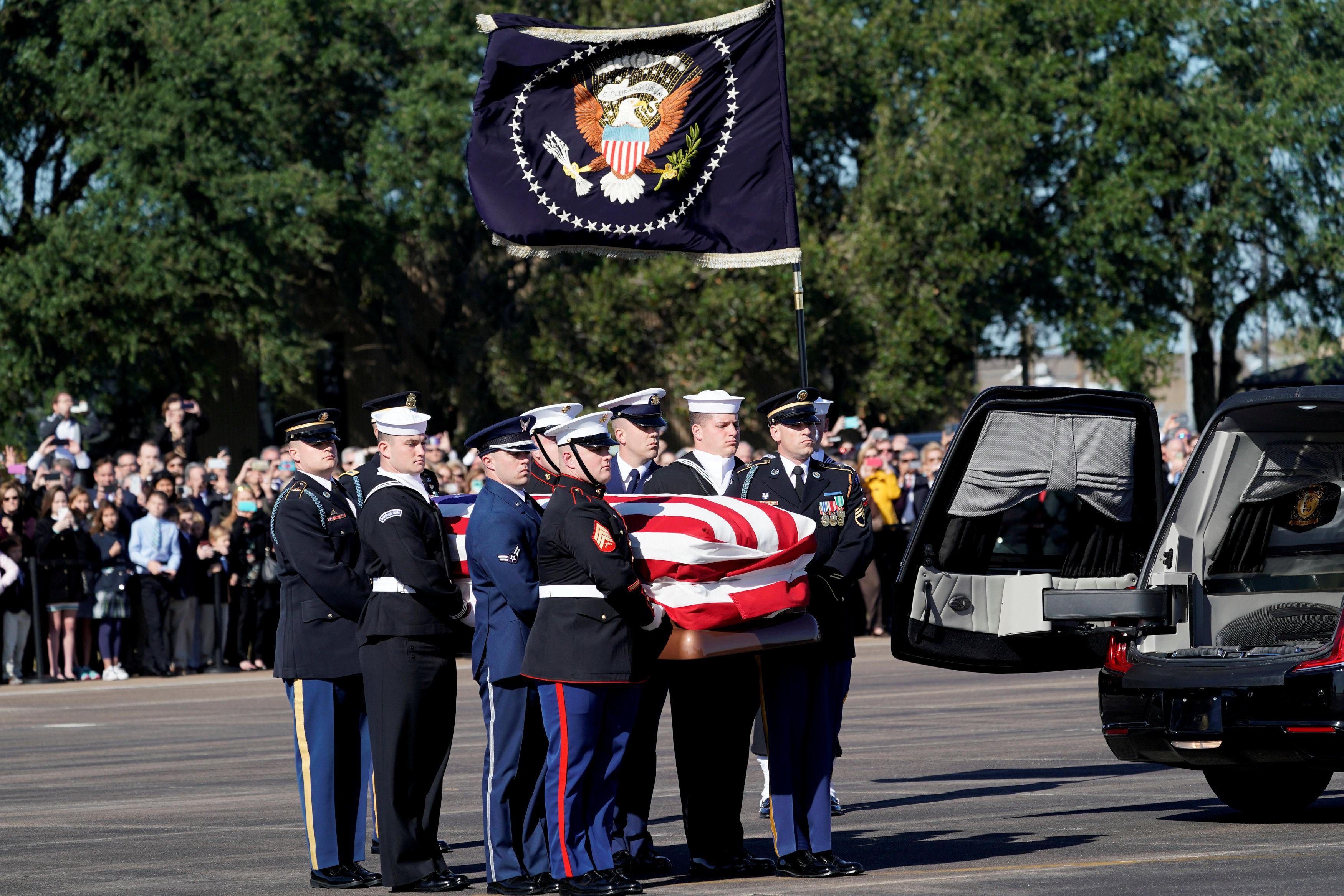 The 41st president will be wearing grey socks with a number of small jets flying in formation and jet streams behind them, the family’s spokesman Jim McGrath said.

He tweeted: "The 41st President will be carried to his final rest wearing socks that pay tribute to his lifetime of service, starting as an 18 year-old naval aviator in war."

The former US leader flew more than 50 combat missions during World War II and was awarded the Distinguished Flying Cross.

The remains of the 41st president were flown to Washington DC on 'Special Air Mission 41' and landed at Joint Base Andrews at 3.30pm where a hearse was waiting. 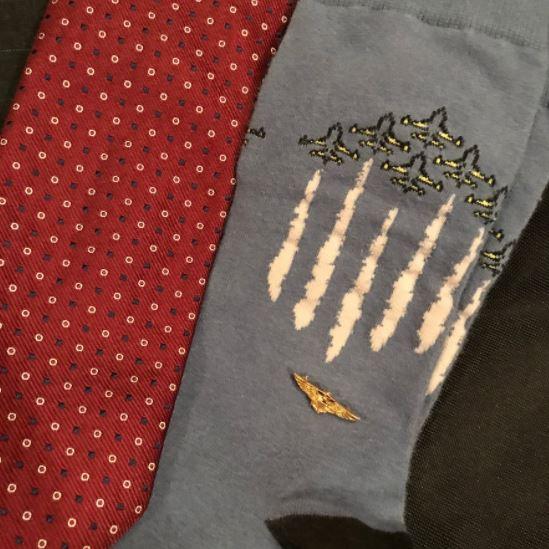 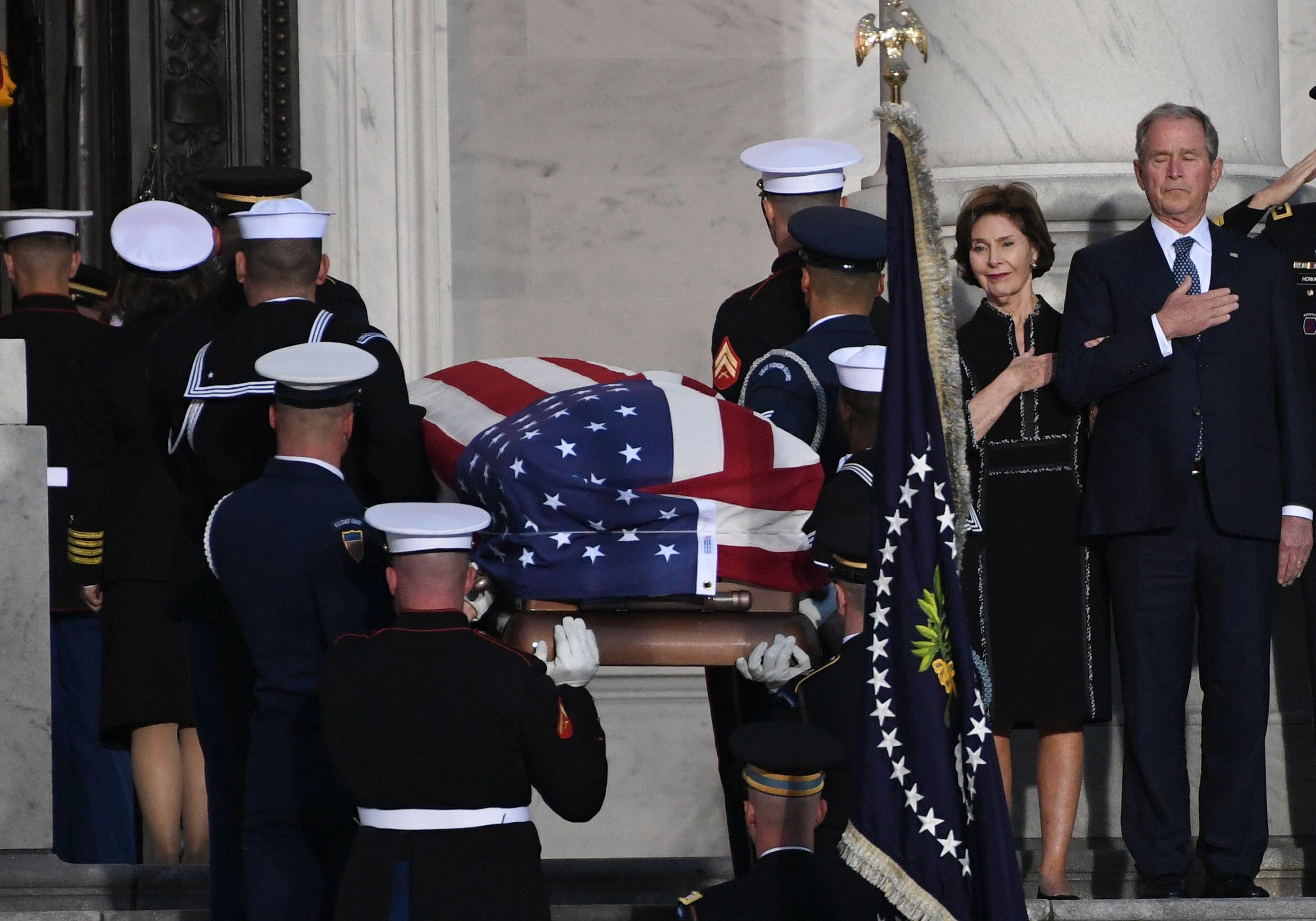 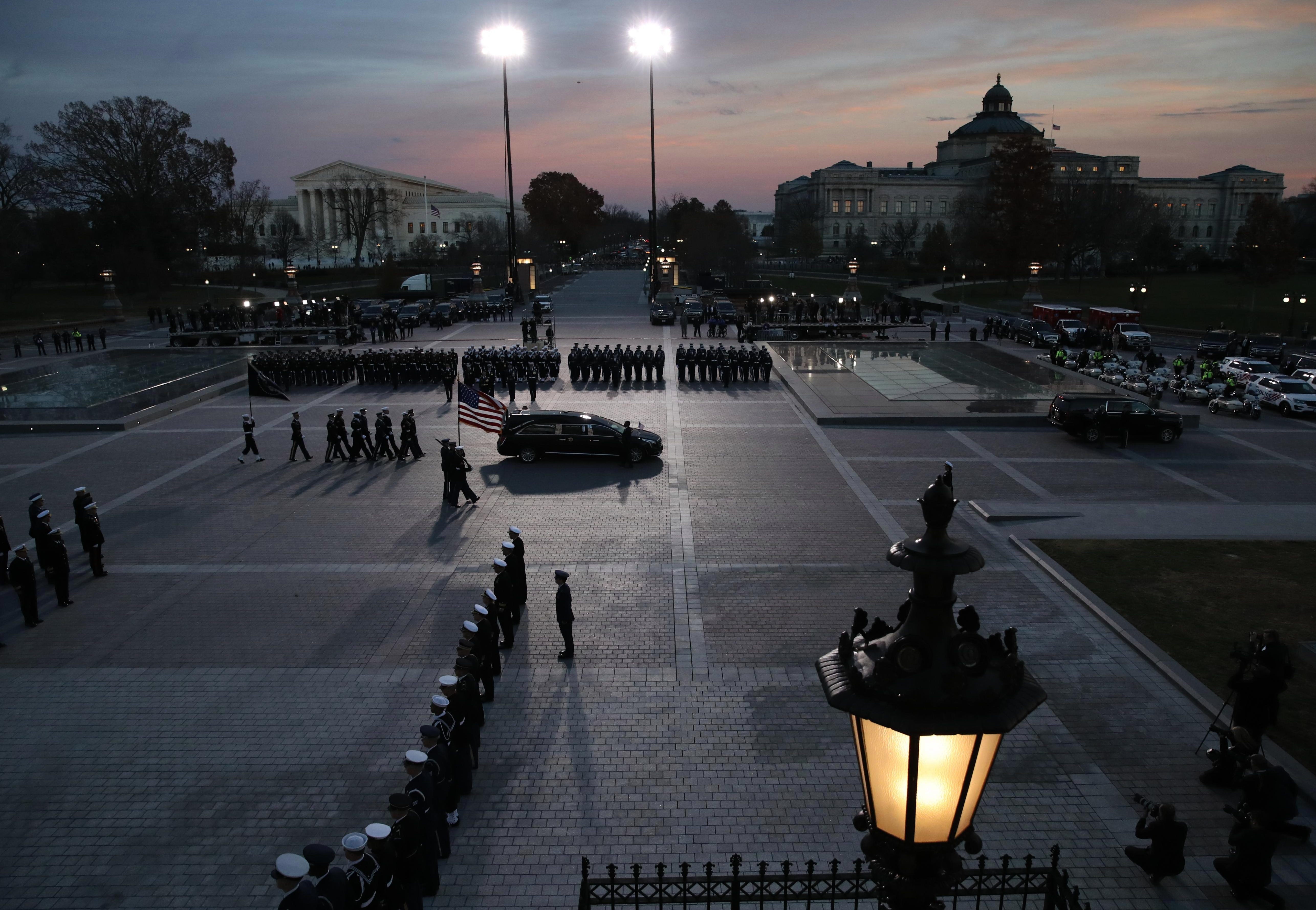 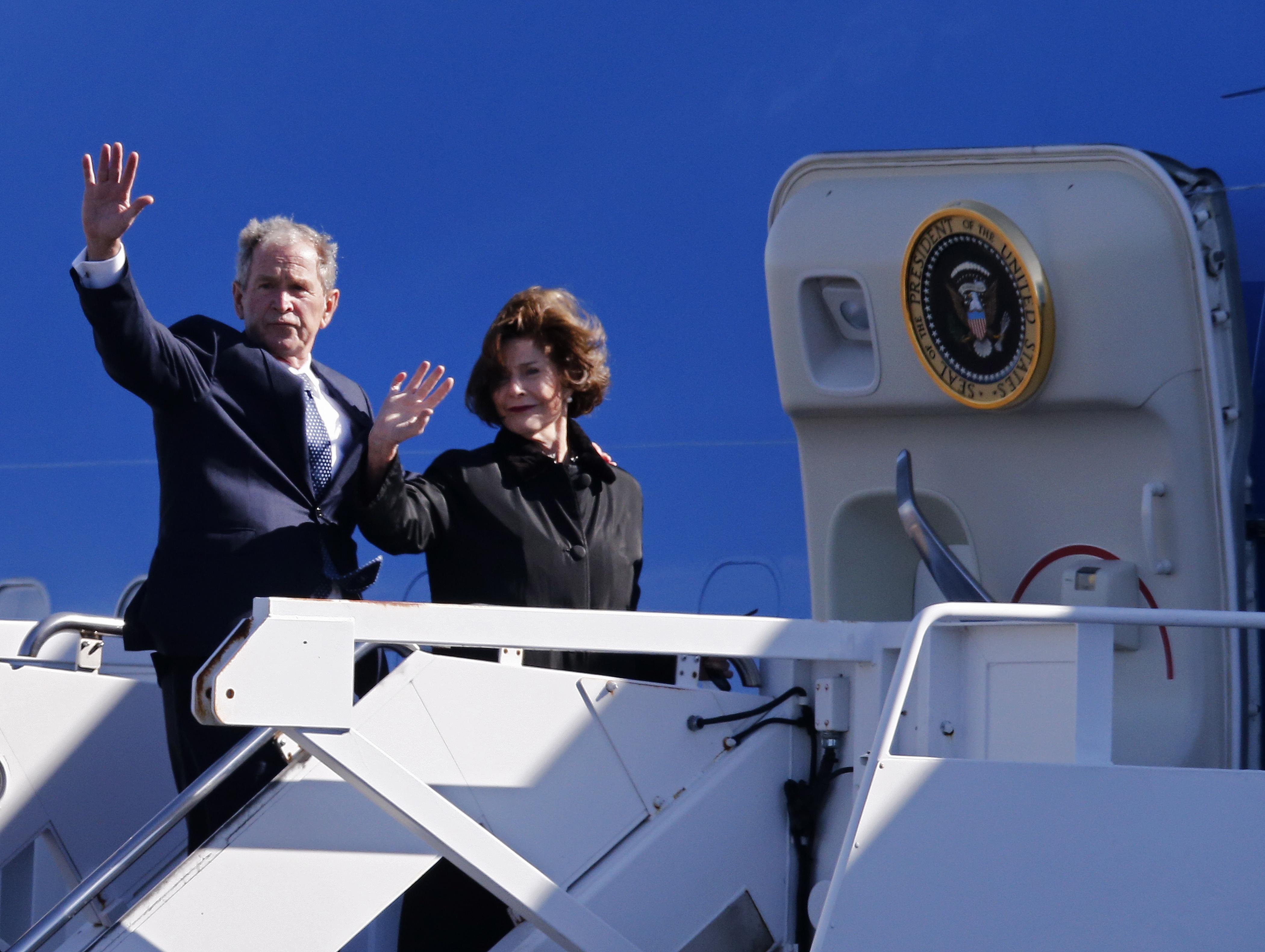 A military bandand a guard of honour were also there along with 114 crew members of the USS George HW Bush who stood to attention as the plane landed.

Also on the plane were his sons George W, the 43rd president, and Neil as well as their families. 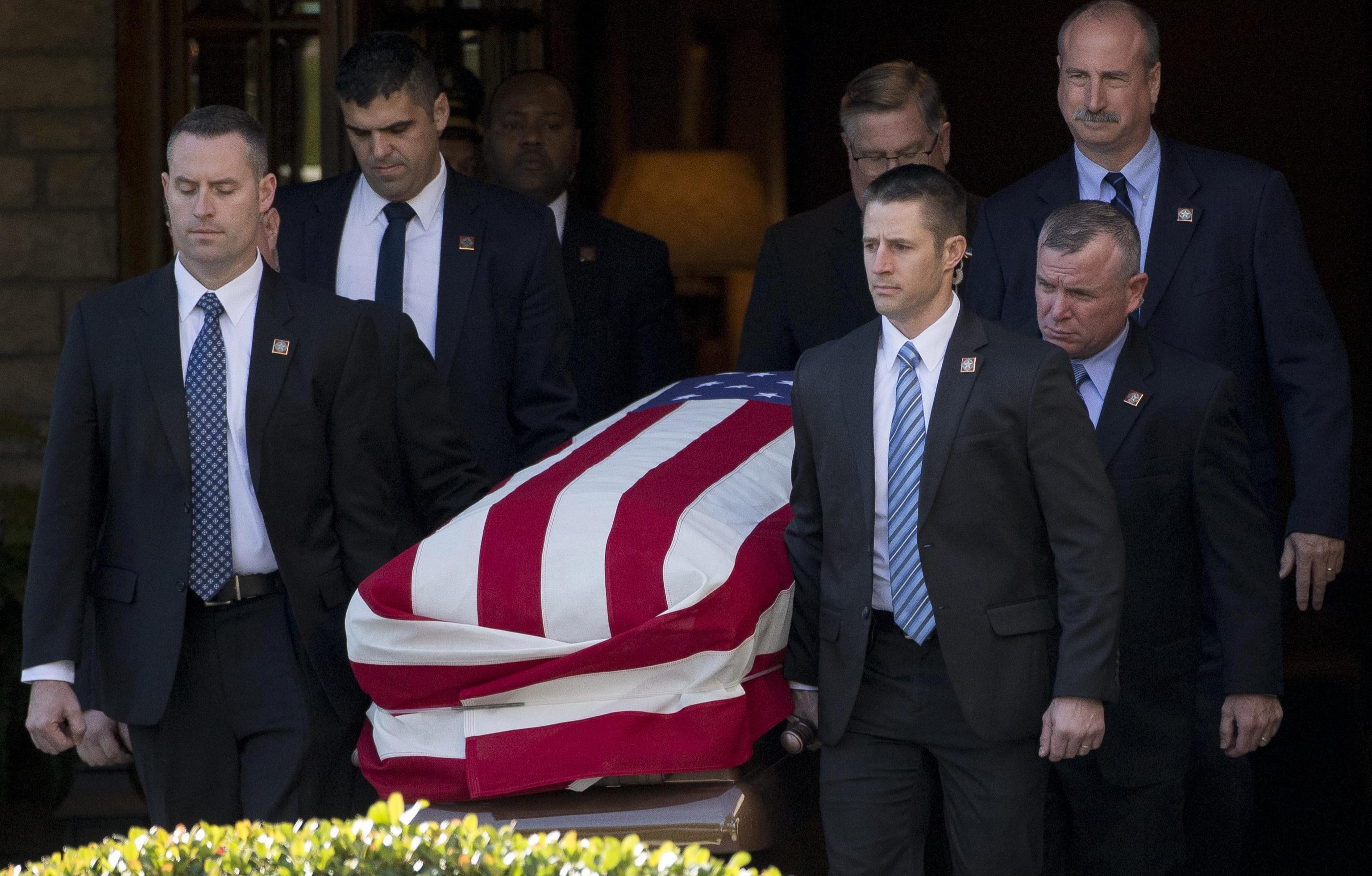 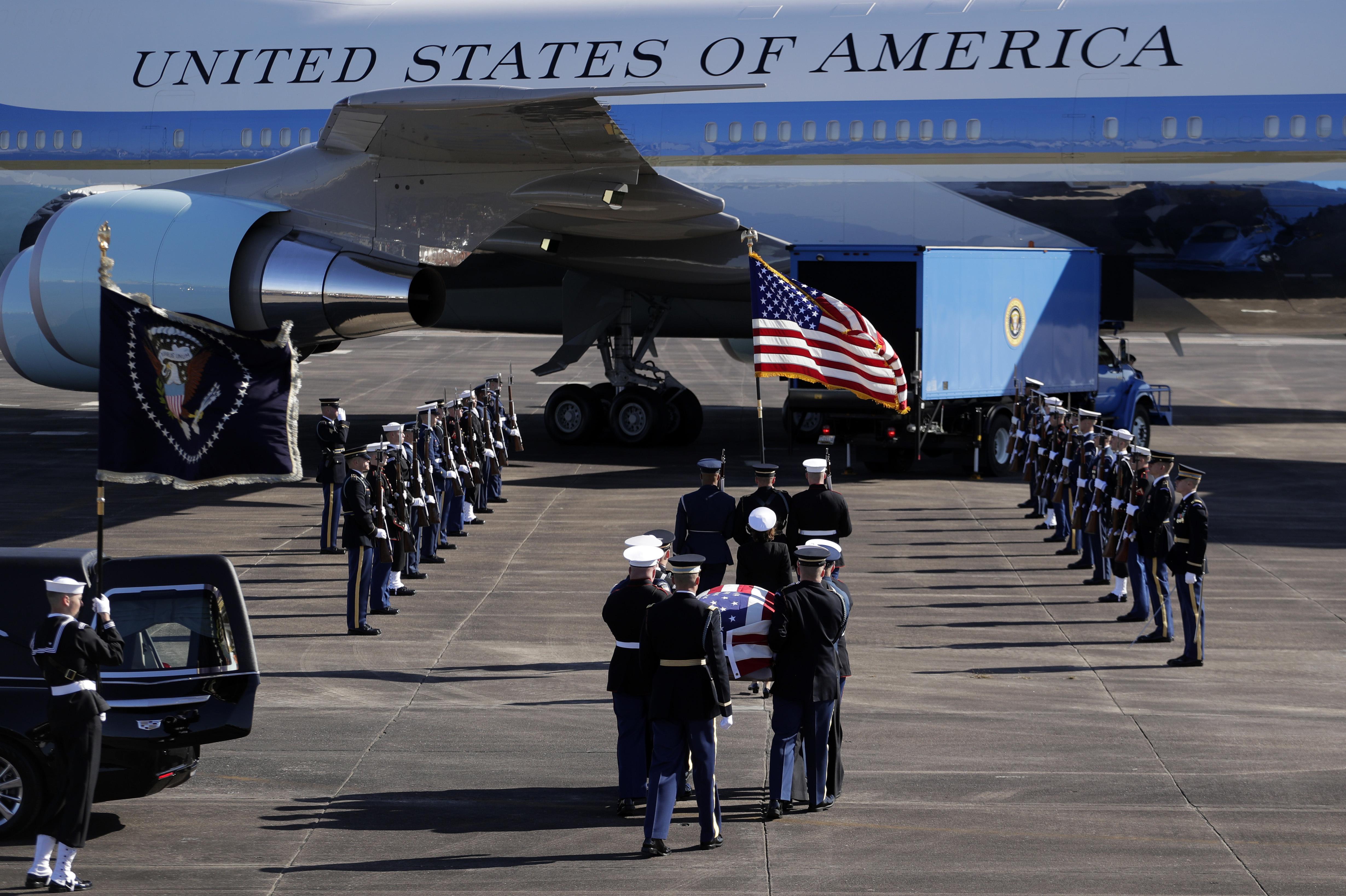 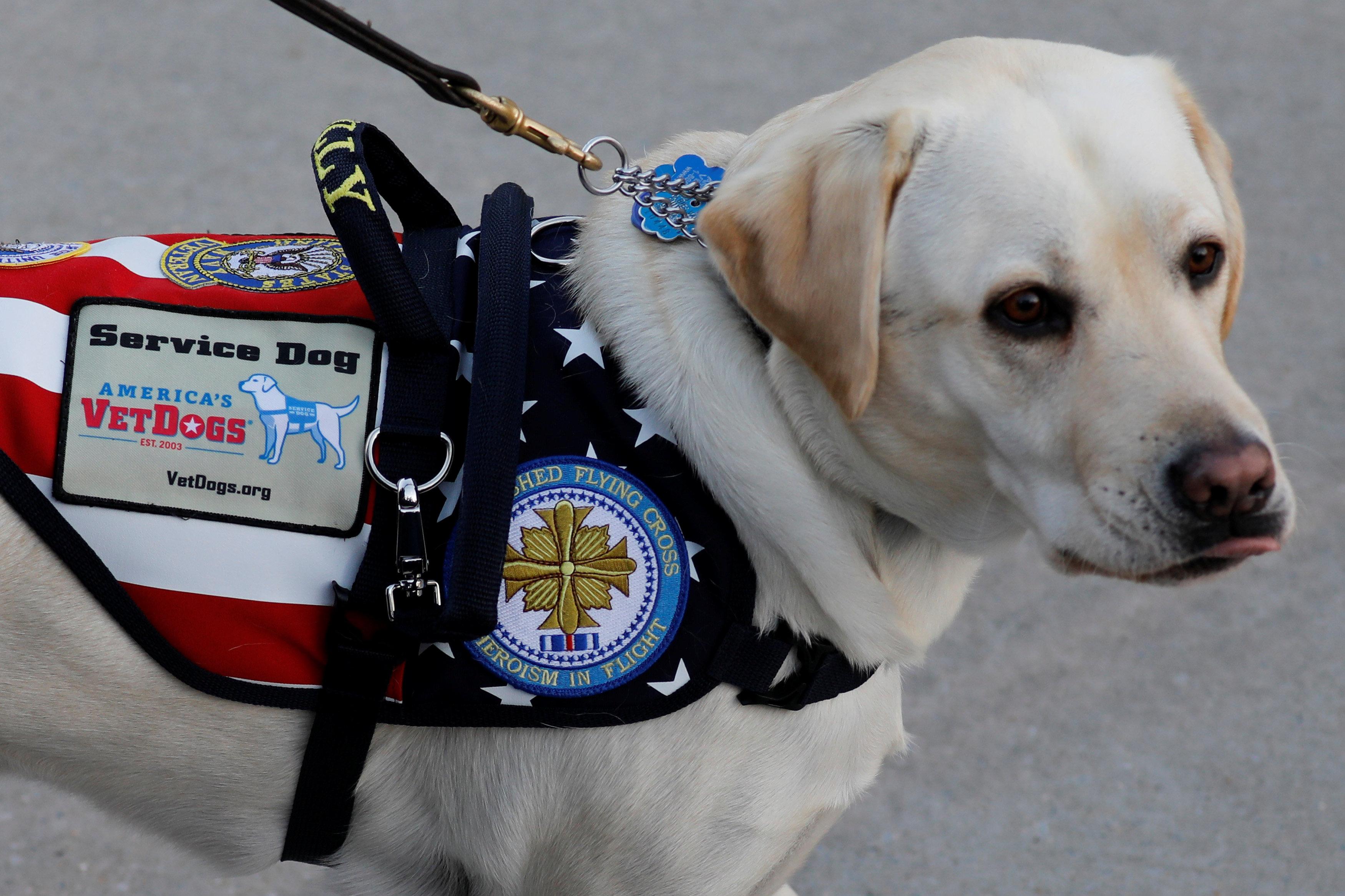 The plane had taken off from Ellington Field Joint Reserve Base, a Texas Air National Guard base where a 21-gun salute was given and a military band played 'Hail to the Chief'.

George W and wife Laura gave a sombre wave as they climbed the stairs to the plane.

Sully, the late president's service dog was also in attendance and was photographed lying in front of Bush's casket at the funeral home on Monday.

He will be reassigned to a wounded veteran at Walter Reed Naval Medical Center near Washington.

Bush's body will lie in state in the Capitol Rotunda until Wednesday, when a state funeral will take place at the National Cathedral with current President Donald Trump attending.

Trump tweeted: "Looking forward to being with the Bush Family to pay my respects to President George H.W. Bush."