French footballing luminaries and loved-ones of ex-Liverpool manager Gerard Houlliet were among those attending the footballing great’s funeral in Paris today.

Isabelle Houllier, the French manager’s widow, was among those gathered at the church of Notre Dame de Grâce in Paris to say their final farewell on Monday. 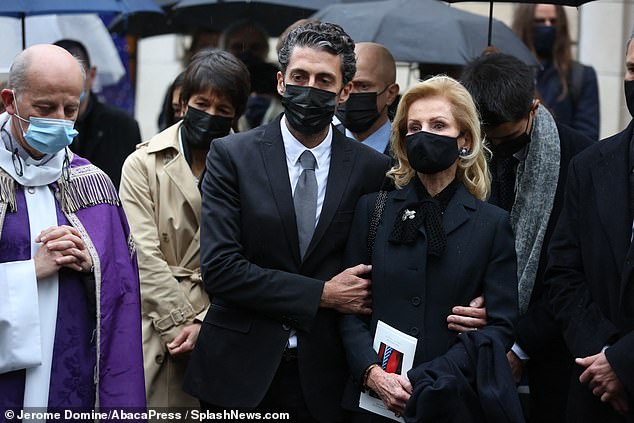 Isabelle Houllier, the widow of football manager Gerard, (pictured right) led mourners at his funeral in Paris on Monday – a week after he died following heart surgery 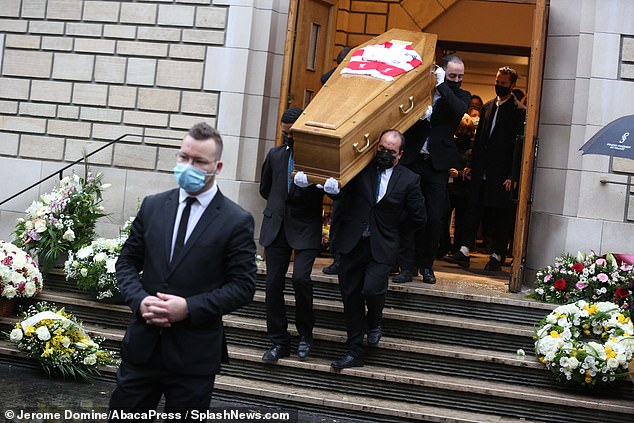 The ceremony took place on Monday morning at Notre Dame de Grâce church in Paris, a stone’s throw from the Eiffel Tower 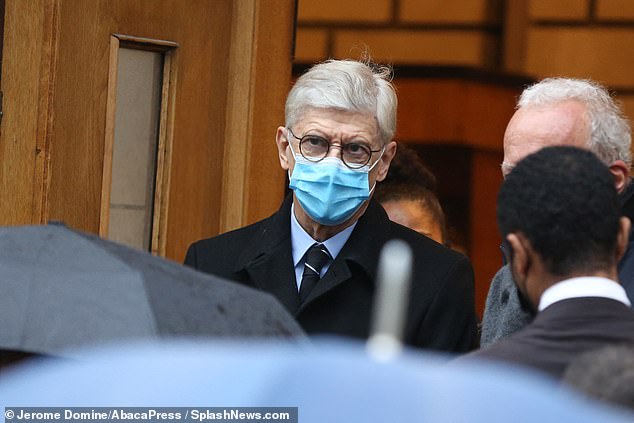 Arsene Wenger, former Arsenal manager, was among a host of French footballing luminaries to attend the ceremony

Houllier, who led Liverpool to a unique cup treble in 2001, died at the age of 73 on December 14, three weeks after having having aortic aneurysm surgery in Paris.

The Frenchman, who also managed Paris Saint-Germain and Lyon, had a long history of medical issues, most notably a heart problem and high blood pressure.

He suffered a life-threatening vascular problem during a Premier League match against Leeds in 2001.

Later, his spell at Villa was also interrupted by health problems and he never returned to day-to-day coaching after leaving the club in 2011.

Wife Isabelle was instrumental in convincing him to leave football over his health worries, and led mourners at the church on Monday.

She could be seen being comforted by family members on the rainy steps of the church, just a stone’s throw from the Eiffel Tower. 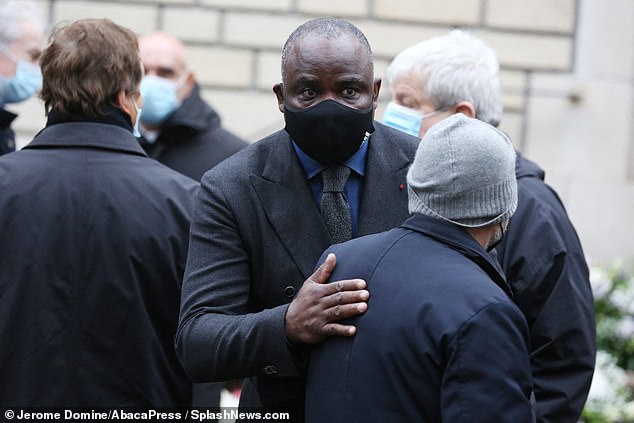 Basile Boli, a defender who played for Auxerre and Marseille before becoming a pundit, was seen outside the church after the ceremony 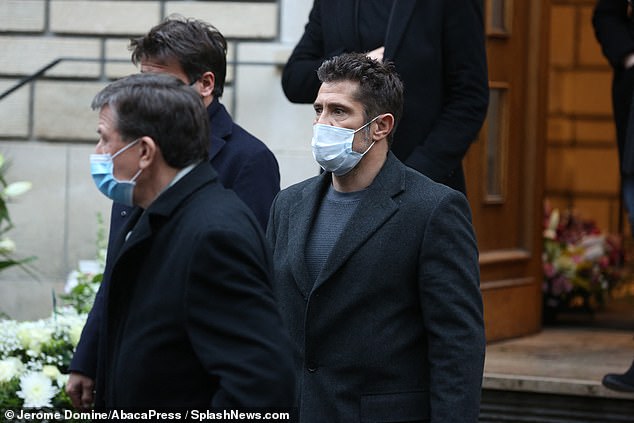 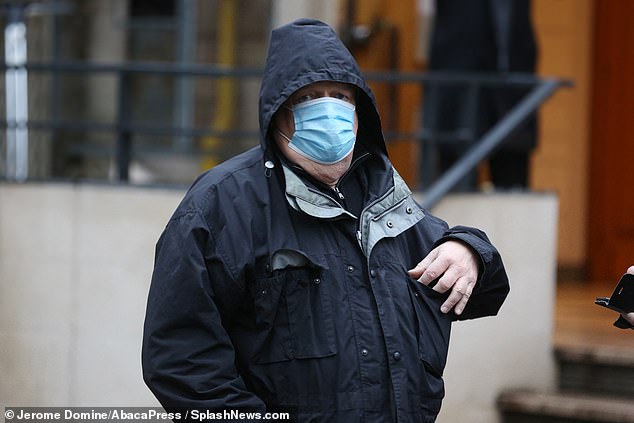 Jean-Michel Moutier, who once played in goal for PSG, was also seen at the funeral 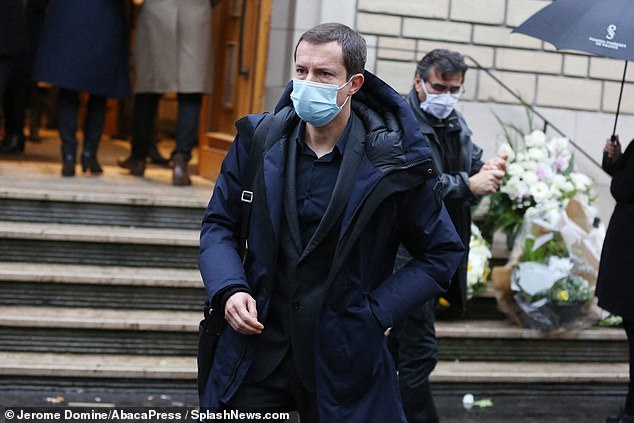 After an insignificant playing career in France’s lower leagues, Houllier began coaching in 1973, earning his first big job with Lens before taking over at Paris Saint-Germain.

He became France’s assistant coach in 1988 and then manager in 1992 but had a short, unsuccessful spell in charge and resigned after failing to take the team to the 1994 World Cup in the United States.

But Houllier was credited with laying the foundations for the team’s dominance of world football, following the establishment of the French academy system.

Players that came through the system helped France win the World Cup in 1998 and the European Championship in 2000. France won the World Cup again in 2018.

Following his departure from the French national team, Houllier came to the UK where he got the top job at Anfield, initially sharing the role with Roy Evans before taking sole charge just four months later.

He oversaw a major rebuilding of the first-team squad, leading Liverpool to a treble victory in 2000-01 with wins in the FA Cup, UEFA Cup and League Cup. 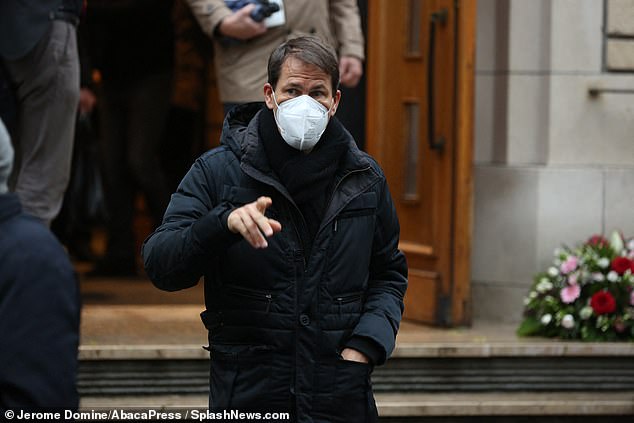 Rudi Garcia, current manager of Lyon football club, which Houllier once led, is pictured leaving the church in central Paris 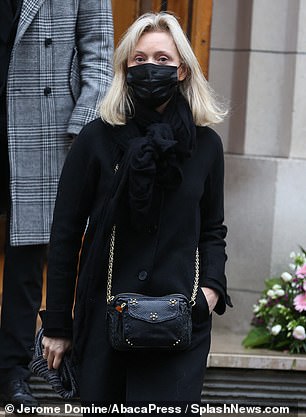 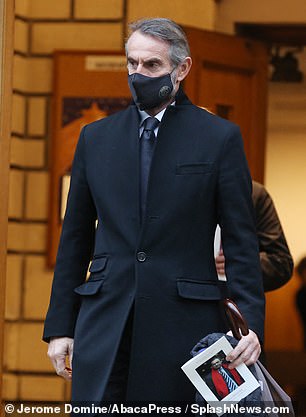 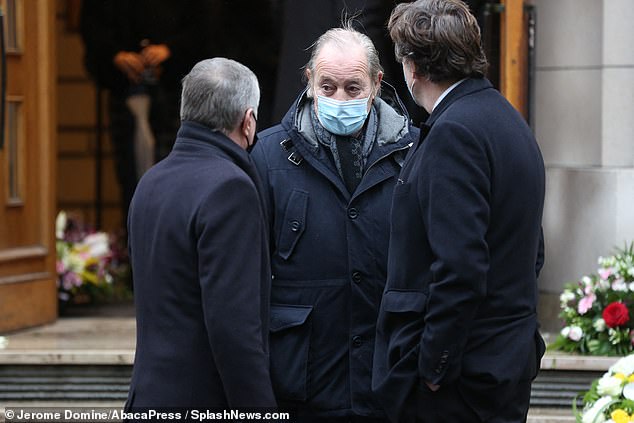 Garvais Martel (centre), president of French football club RC Lens where Houllier got his first managerial job, is pictured outside the Paris church

The Reds also finished third in the Premier League.

But only months later, in October 2001, Houllier fell ill at half-time during Liverpool’s match against Leeds and was diagnosed with an aortic dissection which required 11 hours of emergency surgery and led to a five-month spell out of the dugout.

In 2002 Houllier was awarded the Legion d’Honneur – one of France’s top civil awards – before a return to Liverpool in 2003, leading the team to a League Cup.

He left the club at the end of the 2003/04 season, replaced by Rafael Benitez, and went back to France where he managed Lyon, before another brief stint with the French national team.

In 2010 he was announced as Aston Villa manager, leading the team for a year before his wife convinced him to step away from the game.

In an interview with Sportsmail in 2011, Houllier said: ‘In a few weeks I will be 64. I just had my first summer off in years, and spent it with my wife, two sons and my grandchildren. Your health has to come before everything.’ 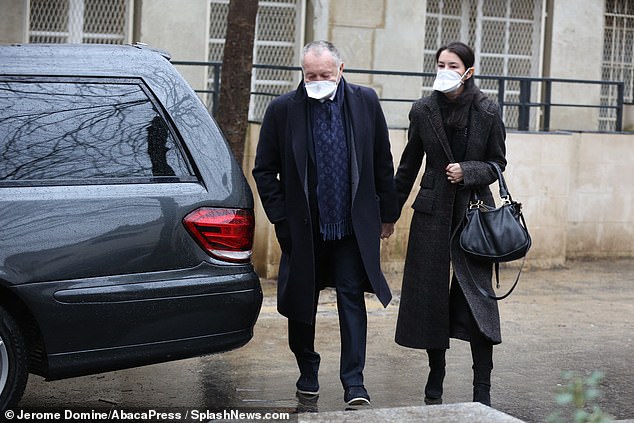 Jean-Michel Aulas, president of Lyon football club where Houiller was once a manager, attends the funeral alongside his wife Nathalie 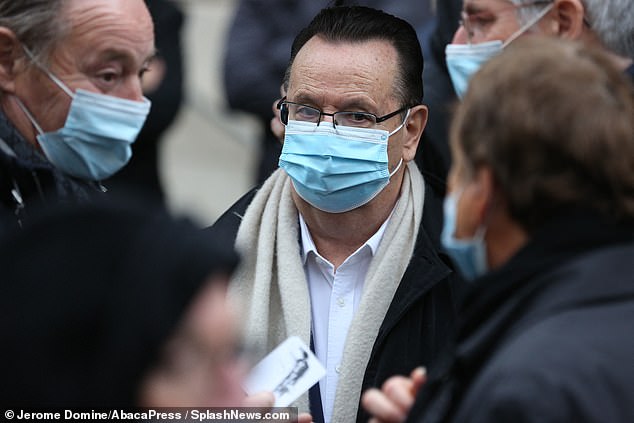 Jean-Pierre Caillot, manager of French side, Stade Reims, is pictured outside the church 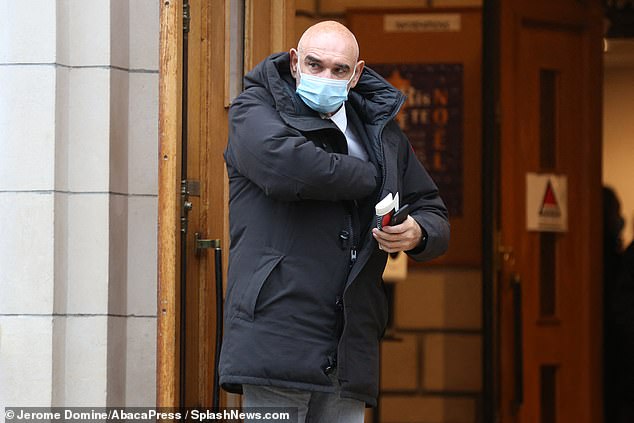 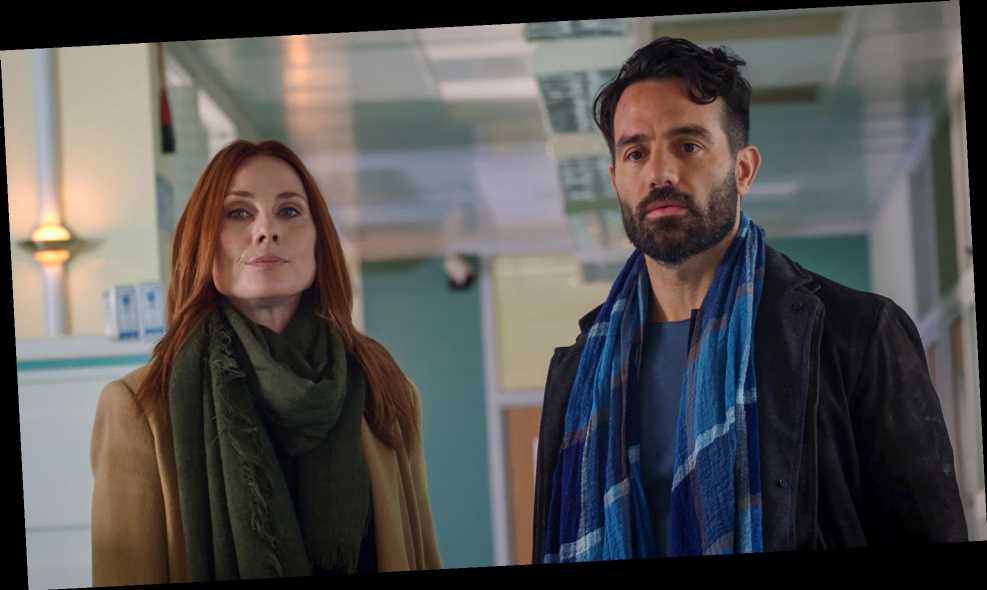