A GIRL of eight was repeatedly gang raped by 14 men – and then the ringleader's mum threatened to kill her if she didn't keep quiet, it is claimed.

The child says she was brutally abused on several occasions after going to play with a friend at her neighbour's house in Sudan. 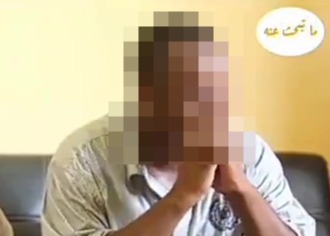 Her ordeal emerged after the girl asked her father – who is separated from her mum – if she could go and live with him instead.

He says he noticed she was anxious and had lost her appetite before she eventually revealed the abuse.

The case has sparked outrage in Sudan after the father posted an emotional video on social media.

He can be seen in tears sitting beside his daughter as she recounts the sickening abuse.

She tells how she went to her neighbour's house to play, and her friend's brother would lead her to another room where he and 13 other fiends raped her.

She also claims the rapist's mother knew what was going on and terrified her into silence.

"She threatened to kill me if I told someone what had happened," the girl said.

Forensic experts have confirmed the child was raped, according to local reports.

Last week the girl and her father joined protesters in the capital Khartoum demanding the death penalty for the perpetrators.

She was pictured holding a sign at the demo reading: "I am the child who was raped, eight and a half years old, by my neighbour and 13 others.

"I appeal to the minister of justice for retribution in a public domain."

Her father says he has spent "five months knocking on doors of the prosecutors to restore my daughter's rights."

He has reportedly filed a legal case naming 17 defendants including some of the alleged ringleader's relatives.