The money will help fund new technologies including offshore wind energy generation, which is not yet operating in Australia. 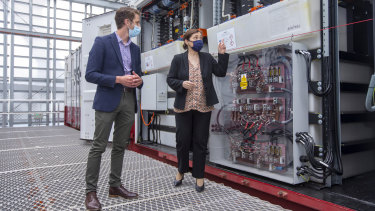 Energy Minister Lily D'Ambrosio said the $108 million fund would target projects that would "take the great ideas from the lab and into the grid".

"It will back significant growth in new job opportunities," she said.

Ms D'Ambrosio said the money was included in the latest budget, which was handed down last week and was available to any company with a "great idea". 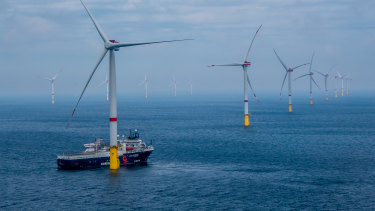 The Star of the South wind farm would look similar to the Veja Mate offshore wind farm in Germany.

"Victoria's coastline has the best offshore wind resource of the whole country and among the best in the world."

The Star of the South project is planned to begin operating from the mid-2020s and reach full capacity by the end of the decade.

The proposed site is off the Gippsland coast covering a 496 square-kilometre area. It would produce up to 20 per cent of Victoria's energy needs.

Star of the South chief executive Casper Frost Thorhauge said the company intended to apply for the state government funding but said the project was still in the feasibility stage.

He said the company was still doing site investigations for the route selection and considering the project's environmental impact.

"So we are counting whales, sharks, mammals in general but also birds. We need to be aware of the impacts the wind farm will have," he said.

The fund will also focus on the production of renewable energy from hydrogen.

Last week the state government announced it would commit $543 million to fund six new renewable energy zones across the state. The Andrews government has a zero net carbon target by 2050.