Grant Shapps today announced almost 800 miles of roadworks will be cleared away over the five-day Christmas ‘bubble’ period as the Government tries to prevent travel chaos.

The Transport Secretary said some 778 miles of roadworks on motorways and A-roads will be removed from December 23 to December 27 as people travel to meet up with their loved ones and take advantage of relaxed coronavirus rules.

Ministers are also postponing a wave of planned railway maintenance over the same period in the hope of minimising disruption.

The nation’s roads and railways have been much quieter than normal this year because of lockdown restrictions and pleas from the Government for people to work from home.

But ministers are anticipating a huge surge in people travelling over the festive period. 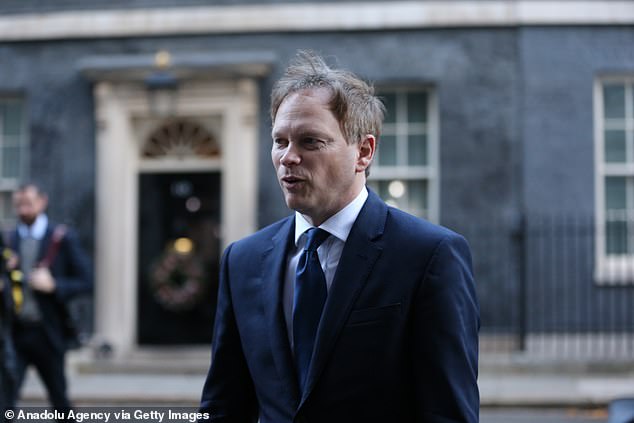 As well as clearing away roadworks on major roads, the Government has also written to local councils to urge them to do the same on smaller routes.

Ministers have also told rail firms to put on longer trains and extra services as well as waiving admin fees which are normally required to change advance rail tickets.

It is hoped that 95 per cent of the rail network will be unaffected by engineering works over the ‘bubble’ period.

Mr Shapps said the aim of the measures is to ‘help people see their loved ones, safely’.

‘With many people carefully considering whether to travel to see loved ones this Christmas, we’re taking steps to try to ease journeys,’ he said.

‘That action is backed by scrapping the admin fees for changing advance rail tickets, ensuring a strong staff presence to help people on their way and I’ve asked former Olympics transport boss and Chair of Network Rail Sir Peter Hendy to carry out a rigorous assessment alongside transport operators to ensure everything possible is being done to help.

‘We’re working with transport operators to help people see their loved ones, safely. 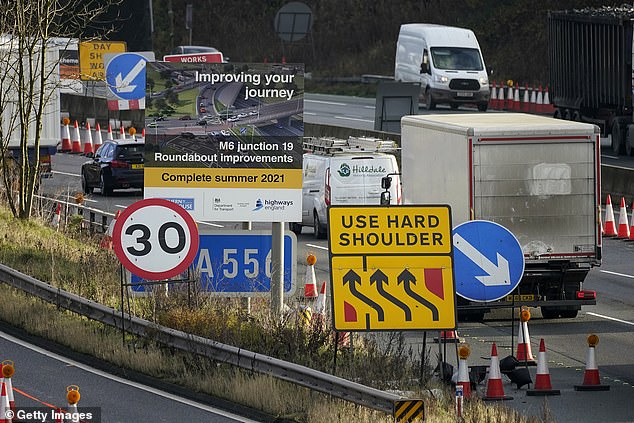 ‘We ask everyone to closely consider their journey, plan and book ahead, be patient, and be considerate of fellow passengers – and particularly staff who have worked so hard all year – by following the guidance carefully, including keeping space and wearing a face covering on public transport.’

The Department for Transport said longer trains will run on Anglo-Scotland and Liverpool routes to boost seat numbers at busy times on the West Coast Main Line.

The Department said that where essential roadworks cannot be removed they will be subject to 60mph speed limits wherever possible, including on the M6 and the M1.