Grandmother, 65, gifts her grandchildren teddy bears containing her childhood sweetheart husband’s ashes after he died of a heart attack having told her ‘I love you’ one final time

A grieving widow has made teddy bears out of her late husband’s clothes and stuffed them with his ashes so their relatives don’t forget him.

Beryl John, 65, wants to keep her husband Bill’s memory alive after he died of a heart attack aged 64 earlier this year.

The grandmother, of Pontyclun, South Wales, cared for him until the very end after he was left disabled by a car crash 25 years ago and suffered from diabetes.

The night before he died he called her from his hospital bed to say: ‘I just called to say goodnight and I love you.’

In a bid to make sure he isn’t forgotten, she has made cuddly toys out of his old clothes and placed some of his ashes inside them to give to her children and their children as well.

She said: ‘In a small way the bears allow us to Bill close to us all the time because they are made from his clothes and his ashes are inside.’ 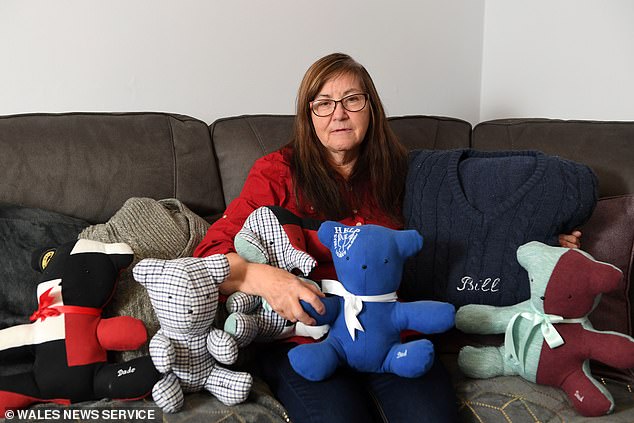 Beryl John, 65 (pictured with her teddy bears) wants to keep her husband Bill’s memory alive after he died of a heart attack aged 64 earlier this year so she has made soft toys using his old clothes and stuffed them with his ashes

Daughters Michelle, 46, Michelle-Marie 21, Ria-Louise 20, Lourdes-Kiara, 19, have been given teddies with their late grandfather’s ashes inside them.

And grandchildren Zac, 11, Geraint, 10, and Isaac, eight, will also get their own soft toys with vials of the ashes inside the bears’ chests.

Beryl’s sons, Big Rhydian, 35, and Little Rhydian, 22, have the ashes in a cushion she made – and grandson Dylan, six months, has them sewn inside a toy elephant. 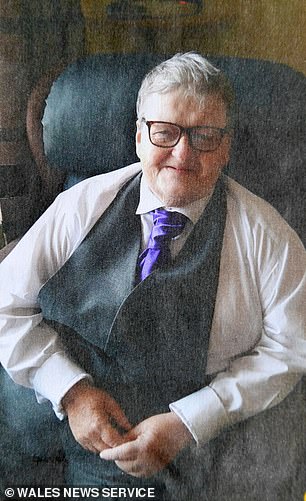 She added: ‘I wanted to do something for our children and grandchildren so they could feel close to their dad and granddad.

‘He was so special to them and they adored him too.

‘I’ve already given some of the bears to our children and grandchildren but the others will be given them over the Christmas holiday.’

She said of their marriage: ‘Bill and I were childhood sweethearts. We met when we were just 16 and got married at 18.

‘He was a wonderful man and an amazing husband for 47 years.

‘The night before he died he’d been rushed into hospital but he called me on my mobile which I wasn’t expecting.

‘I remember his words: ‘I just called to say goodnight and I love you.’ Those were the last words he ever spoke to me.

‘The next morning the hospital called and told me he’d passed away.’

Mrs John had the toys made made by local seamstress Elisabeth Barker who she found on Facebook. 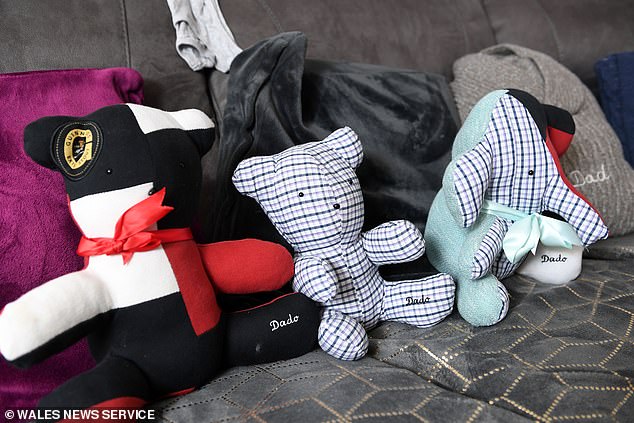 Ms Barker completed the order just in time for Christmas, with Bill’s ashes separated into inch-long vials that were inserted into the heart of the bear.

Mrs John said: ‘I have a cushion made out of one of his jumpers on our bed and it really does bring me a lot of comfort.

‘I miss him every single day. I keep the rest of his ashes in an wooden house in my house.’

Seamstress Elisabeth Barker, who runs the Facebook page Elisabeth Sews, said: ‘I was honoured not only to be asked to make the items, but to be entrusted with the ashes.

‘It’s so wonderful to help people turn their precious clothes into memory items they can keep forever.’ 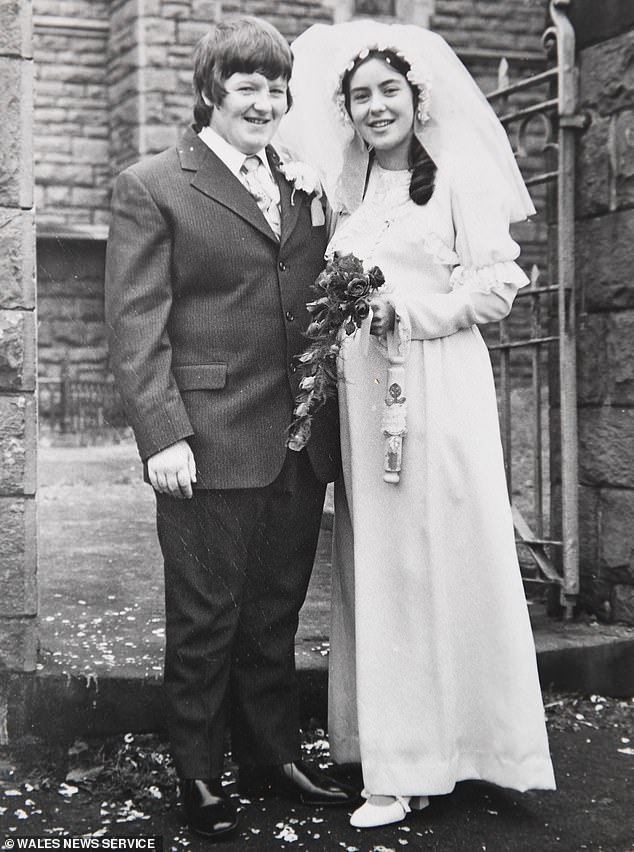