The 29-year-old mum-to-be, who has not been named, was seven months pregnant at the time of the tragedy on December 4. 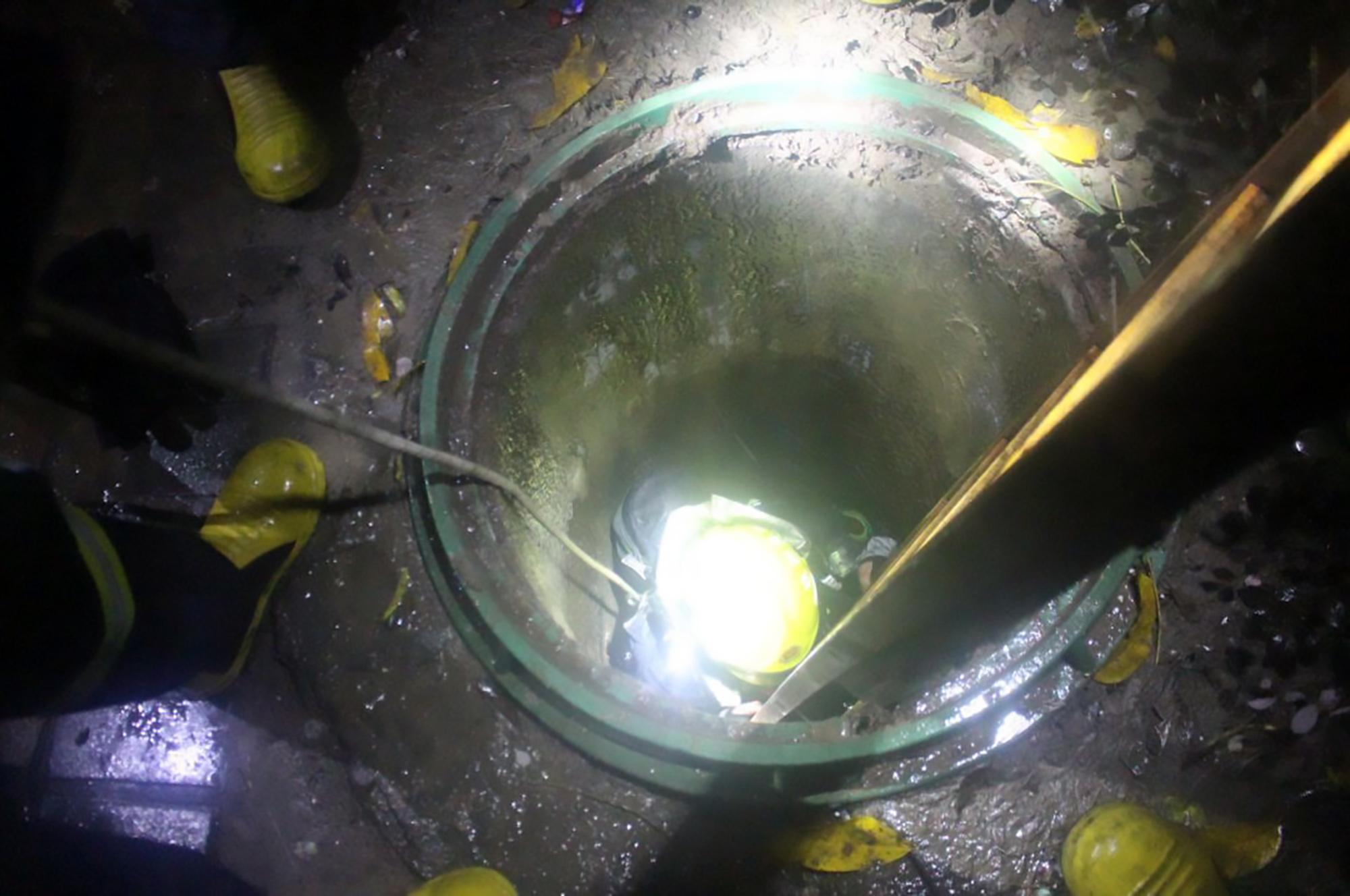 According to the woman's husband, he and his wife moved into their new residential area in Xiashan District in Hangzhou, capital of East China's Zhejiang Province, just four days earlier.

He had just parked his car when his pregnant wife stepped out the front passenger seat to grab something from the back.

It was then that she disappeared down 13-feet down the open manhole after stepping on a suspected flimsy plastic cover, which may also have been concealed by mud and soil.

Footage shows members of the fire service sent to the residential complex's car park can be seen lowering themselves down the manhole into the sewers. 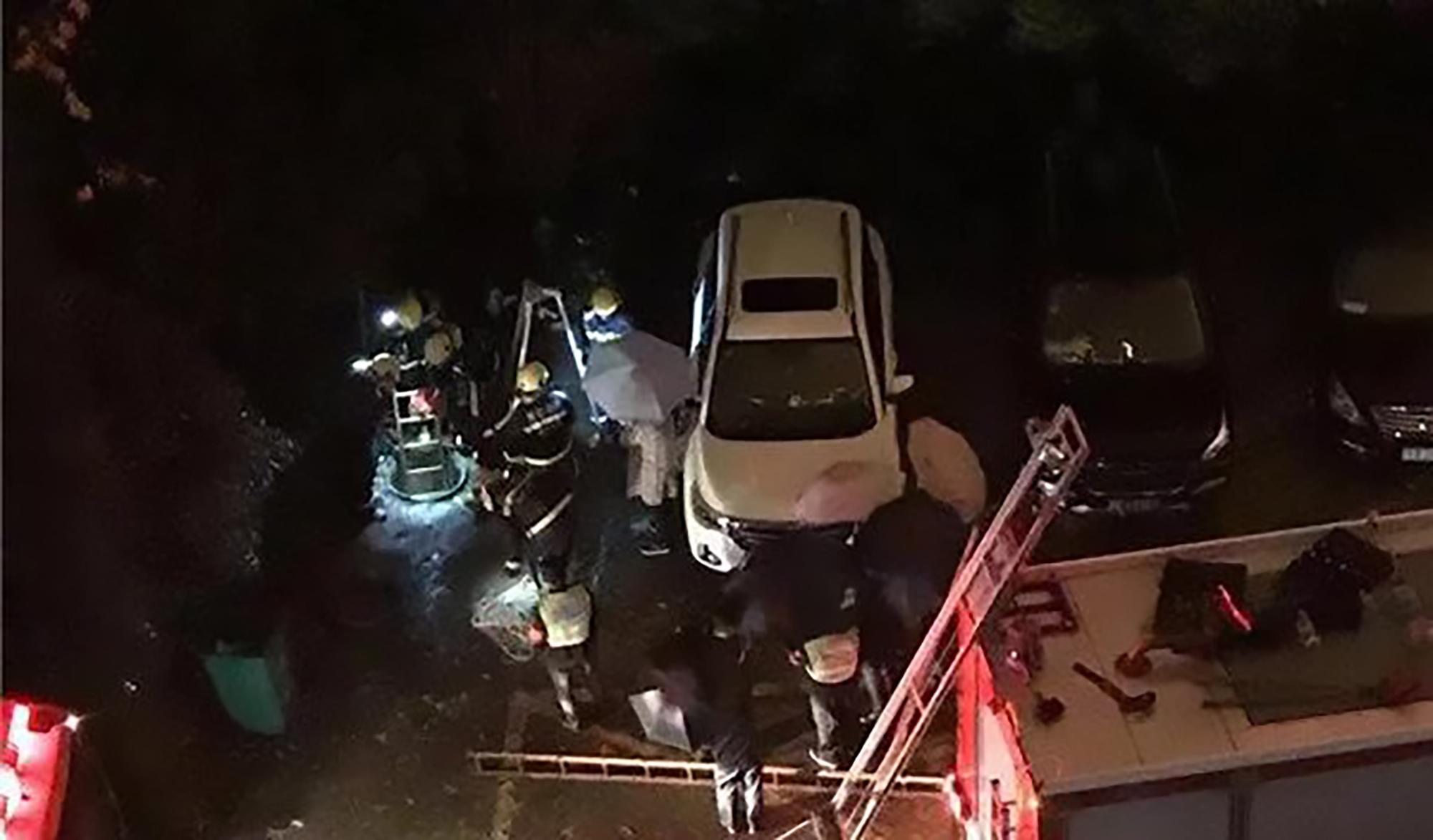 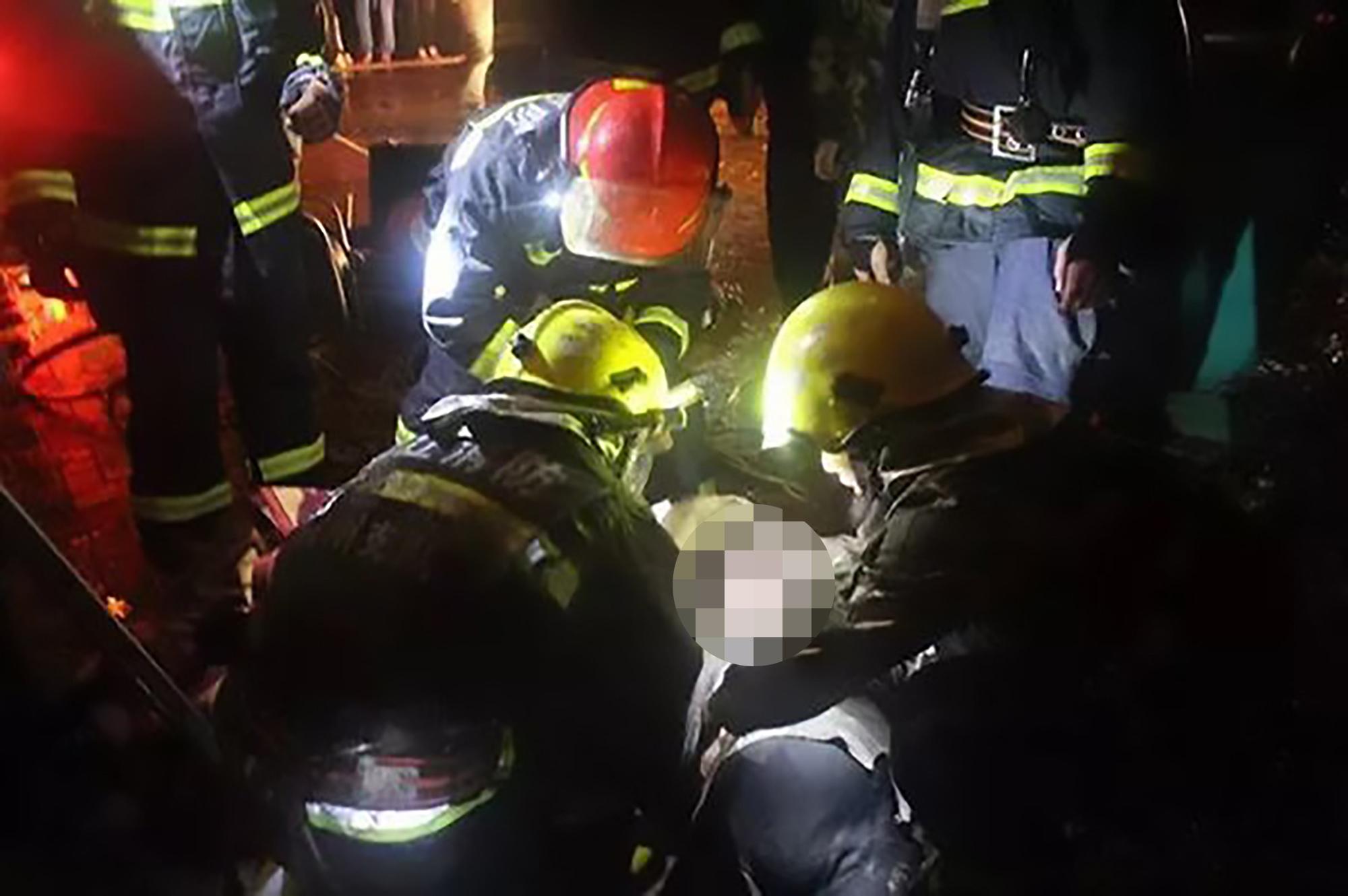 Rescuers say there was 1.5 metres of water in the narrow sewage opening, with the victim found floating near the surface.

The pregnant woman was retrieved a few minutes later and rushed to the Xiasha branch of Zhejiang Hospital of Traditional Chinese Medicine.

Medics say she arrived without vital signs, and doctors were unable to save her or her unborn child despite an hour of efforts.

Local authorities are now looking into the case. 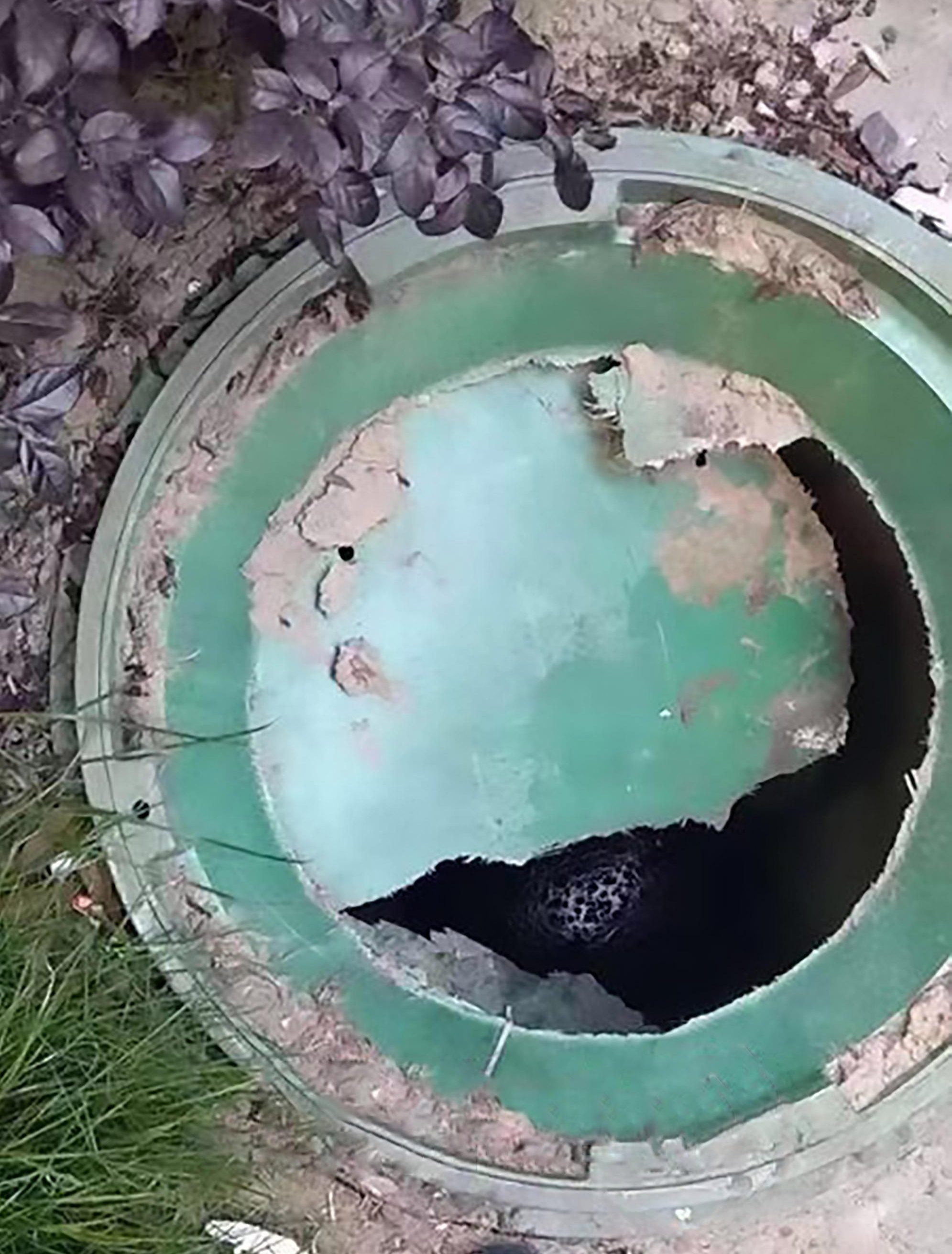 Earlier this year, a young boy drowned after he was swept down a sewer as severe flooding hit the Russian World Cup city of Sochi.

Disturbing video showed the boy’s grandmother in a panic as the ten-year-old is swept away after a street effectively turned into a river.

The woman runs to the next manhole, undresses, and climbs into the hole in an attempt to save him but she was too late.