Once the little boy was dropped into 20 inches of fresh snow, he instantly vanished beneath drift. 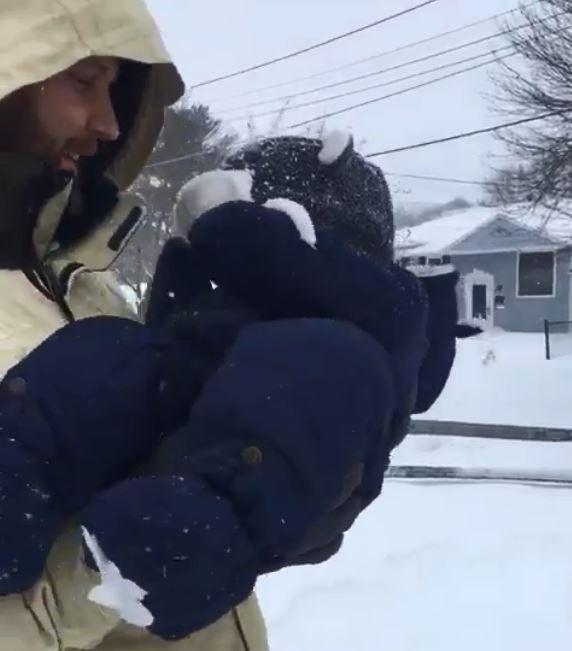 Adam Frisbee of Jamestown, New York, decided to have a snow day with his children during which he threw his son playfully into the deep snow.

Unexpectedly, the toddler disappears as he is quickly engulfed in the snow, at which point the dad rushes to get him out.

The video begins with Frisbee holding his son and cradling him back and forth.

He then squats down, and reaches his arms over the snow, while still holding the tot. 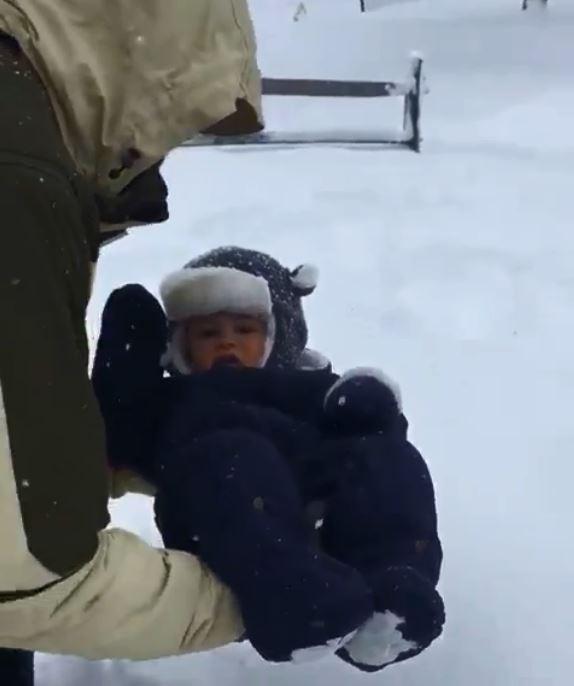 Once he lets go of him, the baby quickly becomes covered by the blanket of snow which makes the dad rush to get him out.

The little boy is immediately pulled out by his dad after being under the snow for approximately two seconds.

Frisbee later posted the video on his Twitter, writing: “This is a few days late but I had my first #snowday as a @SWCSTrojans teacher this past Wednesday.

“We call this the lake effect baptism!” 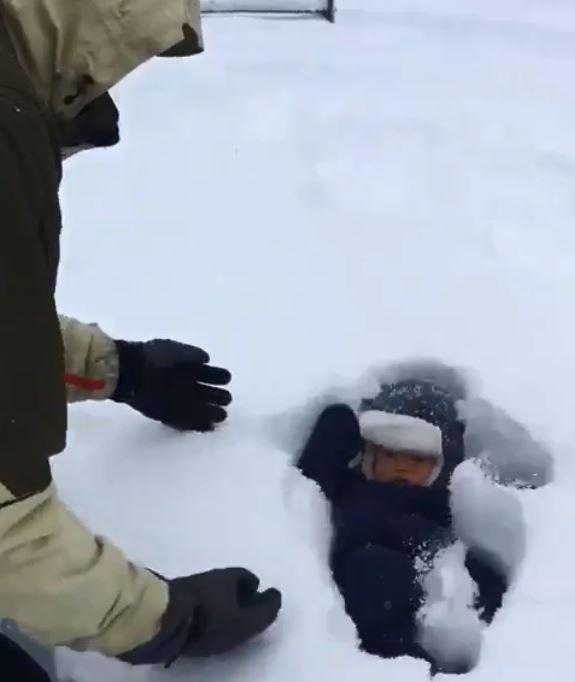 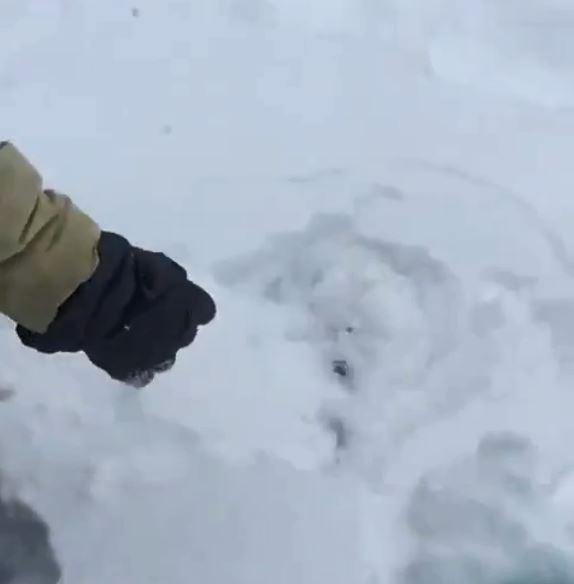 The video was quickly picked up by heavily-followed accounts, and received over 6 million views, as well as 101k retweets and over 258k likes.

One user wrote: “That is snow way to treat a child”.

While another wrote: “Gotta be an easier way to get rid of your problems man”.