HORRIFYING footage shows the moment a driver slams into a woman pushing a two-year-old in a stroller before speeding away.

Police said the incident unfolded at a crosswalk in the Bronx, New York at around 2.20pm on Monday. 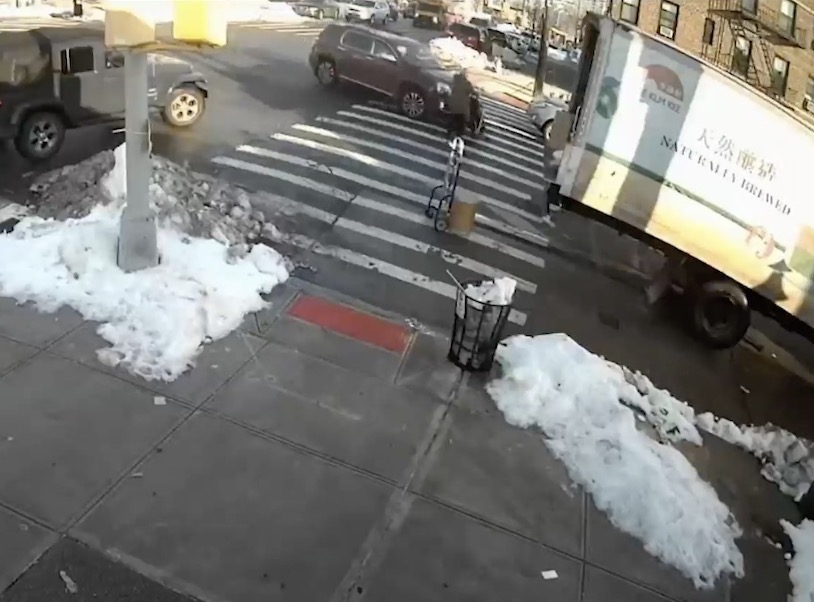 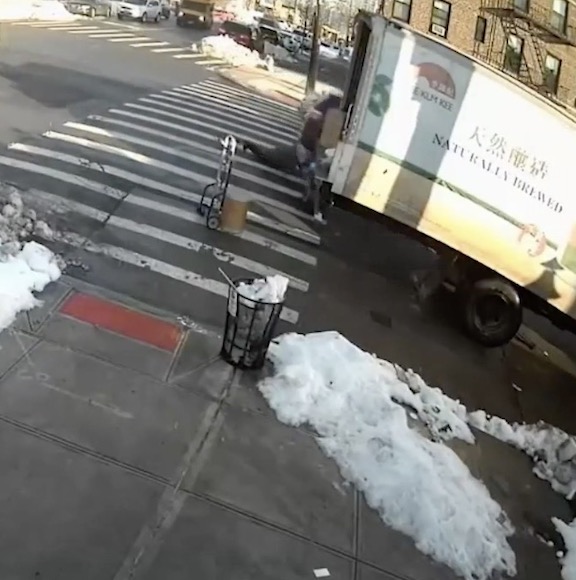 Video from a nearby security camera shows the woman standing on one side of a street waiting for the lights to change.

She then begins making her way across, pushing a toddler in a stroller ahead of her.

As she reaches the centre of the crosswalk, an SUV corners the intersection and hits both the woman and the stroller.

The stroller disappears behind a van, while the woman is seen being dragged to the floor as she tries to keep hold of it.

The driver, a male, briefly got out of the car and reportedly began walking towards the crosswalk, but then got back into the car and fled the scene.

Police said that the woman, 62, and the child were both taken to the Jacobi Medical Center – only a few blocks away.

The woman had suffered bruises to her leg while the boy was treated for a head contusion, though both are expected to mark a recovery.

Police are now looking to speak with the driver.

They said the incident occurred at Mace Avenue and Eastchester Road and that the car involved was a red GMC Terrain Denali.