A horse almost resembles princess Rapunzel as it shows off its incredible, long blonde locks.

Haflinger horses are renowned for having long manes and this female, called Storm, boasts hair which has reached more than a metre in length over the course of six years.

Amateur photographer Priscilla Gijsberts captured the remarkable sight in Limburg, in the south of the Netherlands. Storm’s owner Naomi Beckers, 24, poses with her horse.

The 25-year-old from Eindhoven, Netherlands, said: ‘I met Storm’s owner on Instagram, and I was amazed by Storm’s mane.

‘Some Haflingers do have wavy hair, which is often most visible when they are still young and have shorter manes.

‘However as their manes grow longer their waves usually straighten, unlike their tails which often stay wavy throughout their life.

‘When Storm was about three years old she already had manes that passed her shoulder – from that point on they were no longer cut and always kept in braids to protect them.’ 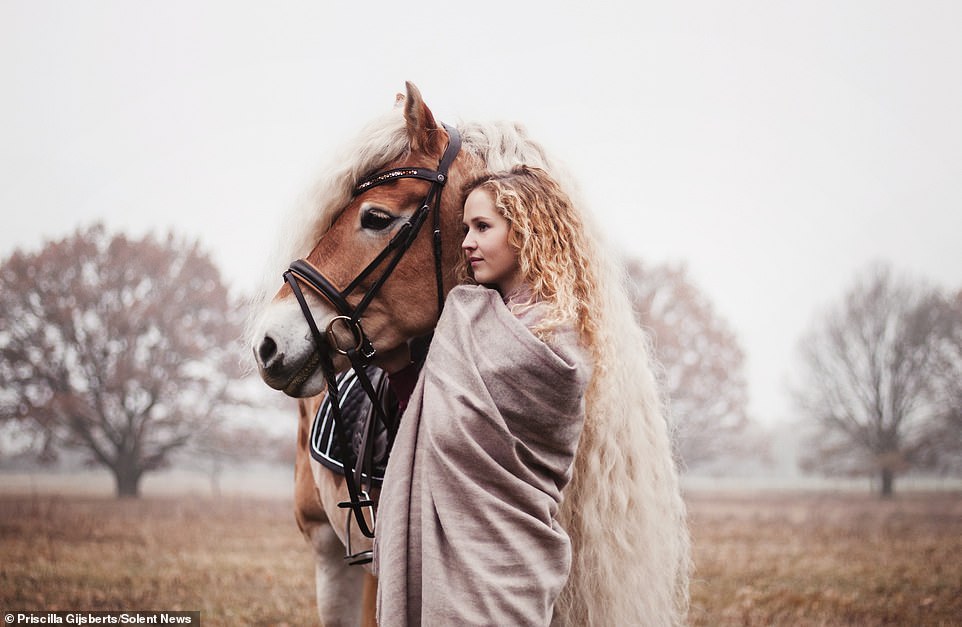 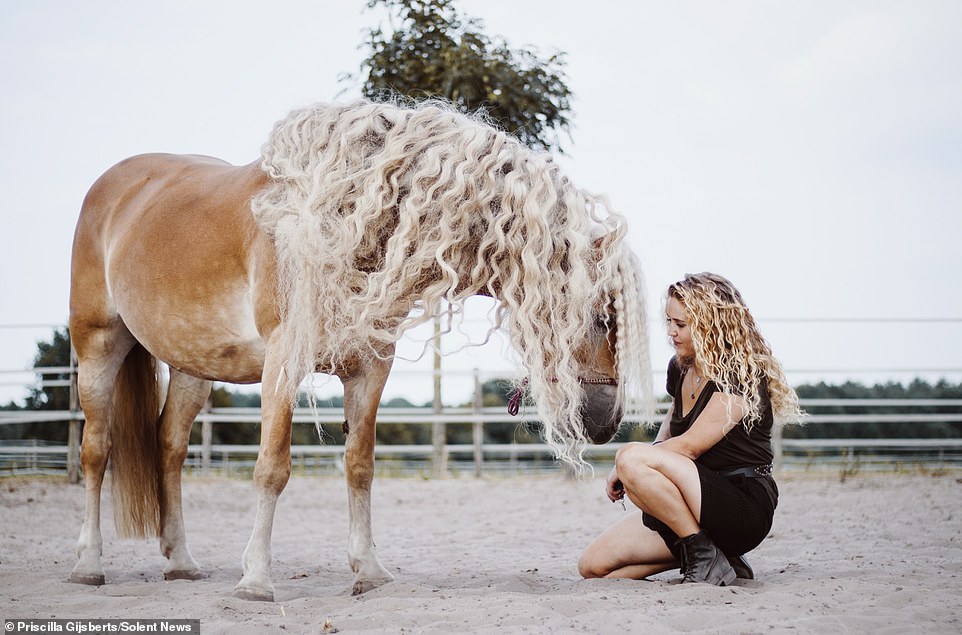 Storm is a Haflinger horses, a breed renowned for having long manes which when cared for correctly can resemble human hair 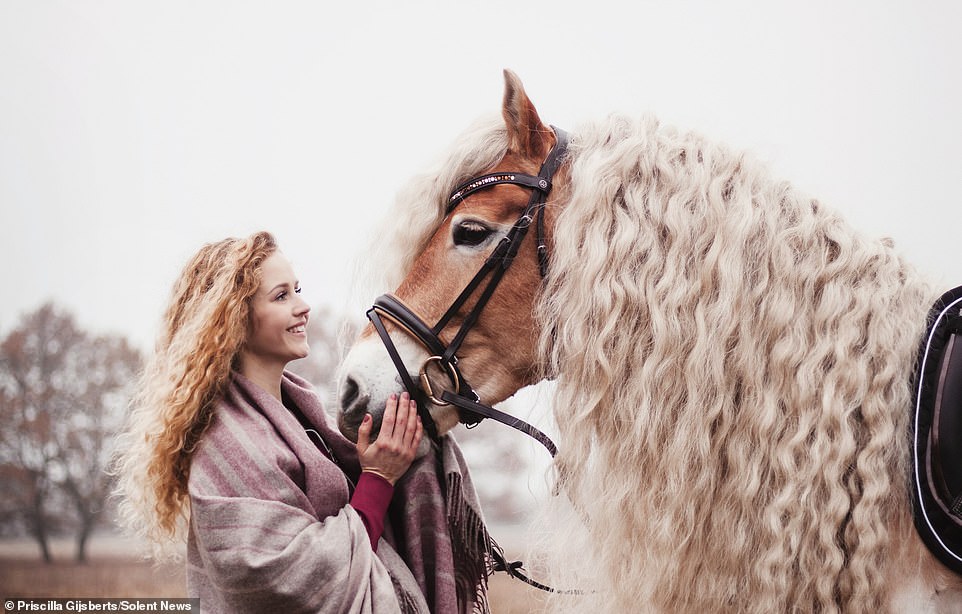 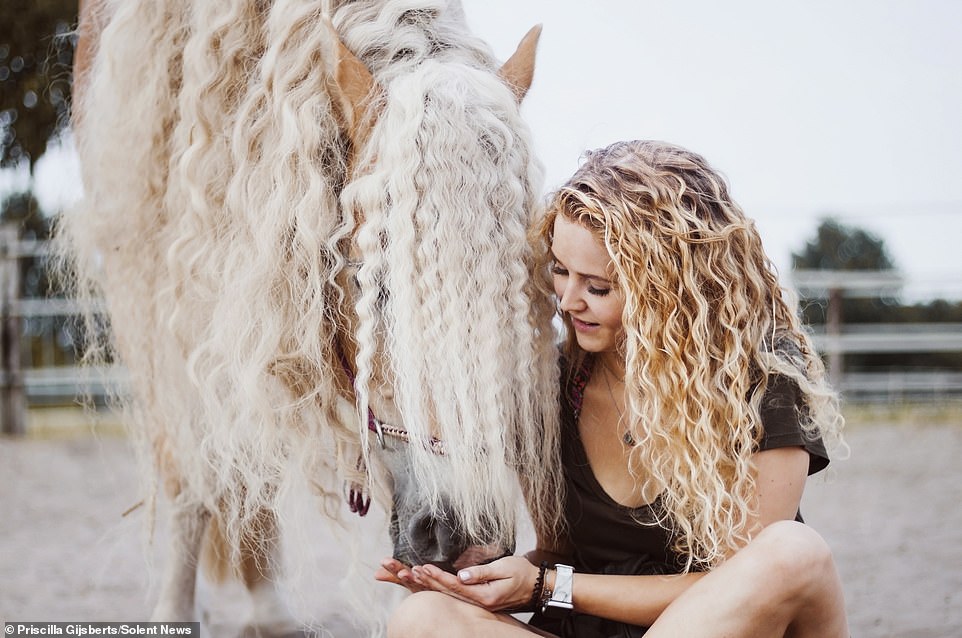 Storm who lives in Limburg, in the south of the Netherlands with owner Naomi, is one of thousands of the breed which can be found all over Europe having been developed in Austria in the 17th century 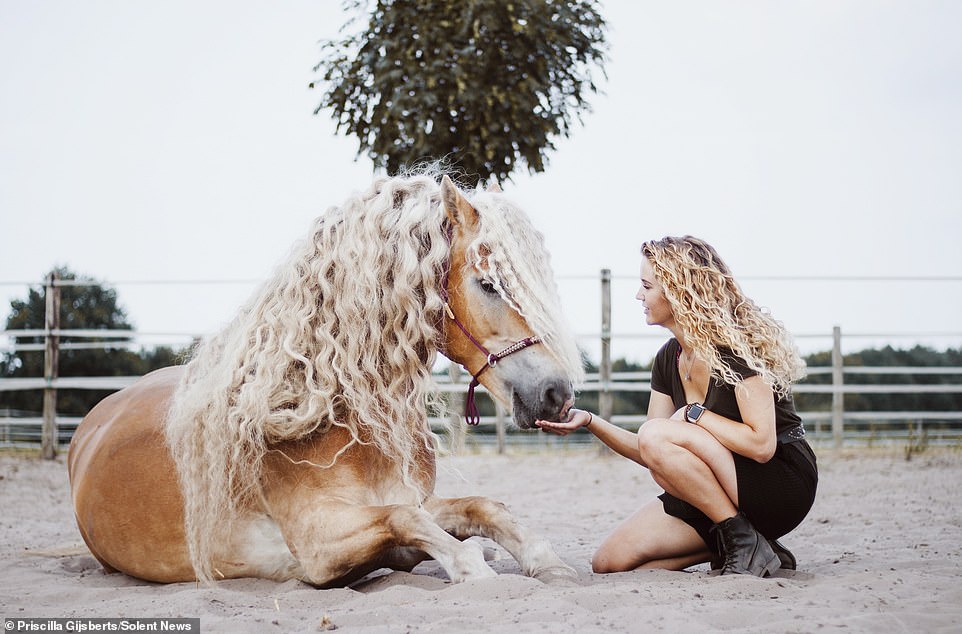 The Haflinger was originally developed to work in the mountainous regions of its native land, where it was used as a packhorse and for forestry and agricultural work. 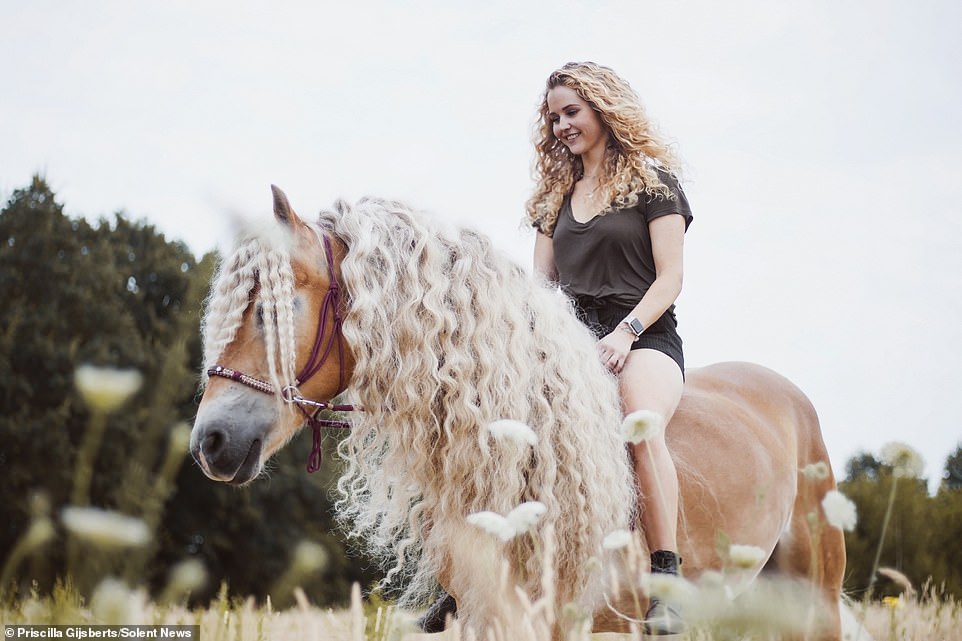 Today the breed is used in many activities that include draft and pack work, light harness and combined driving, and many athletic events