And during Vladimir Putin’s 18 years in power, he has been on a mission to revive Russia's empire — and yesterday he even threatened a “catastrophic” World War 3 if any nation defies him. 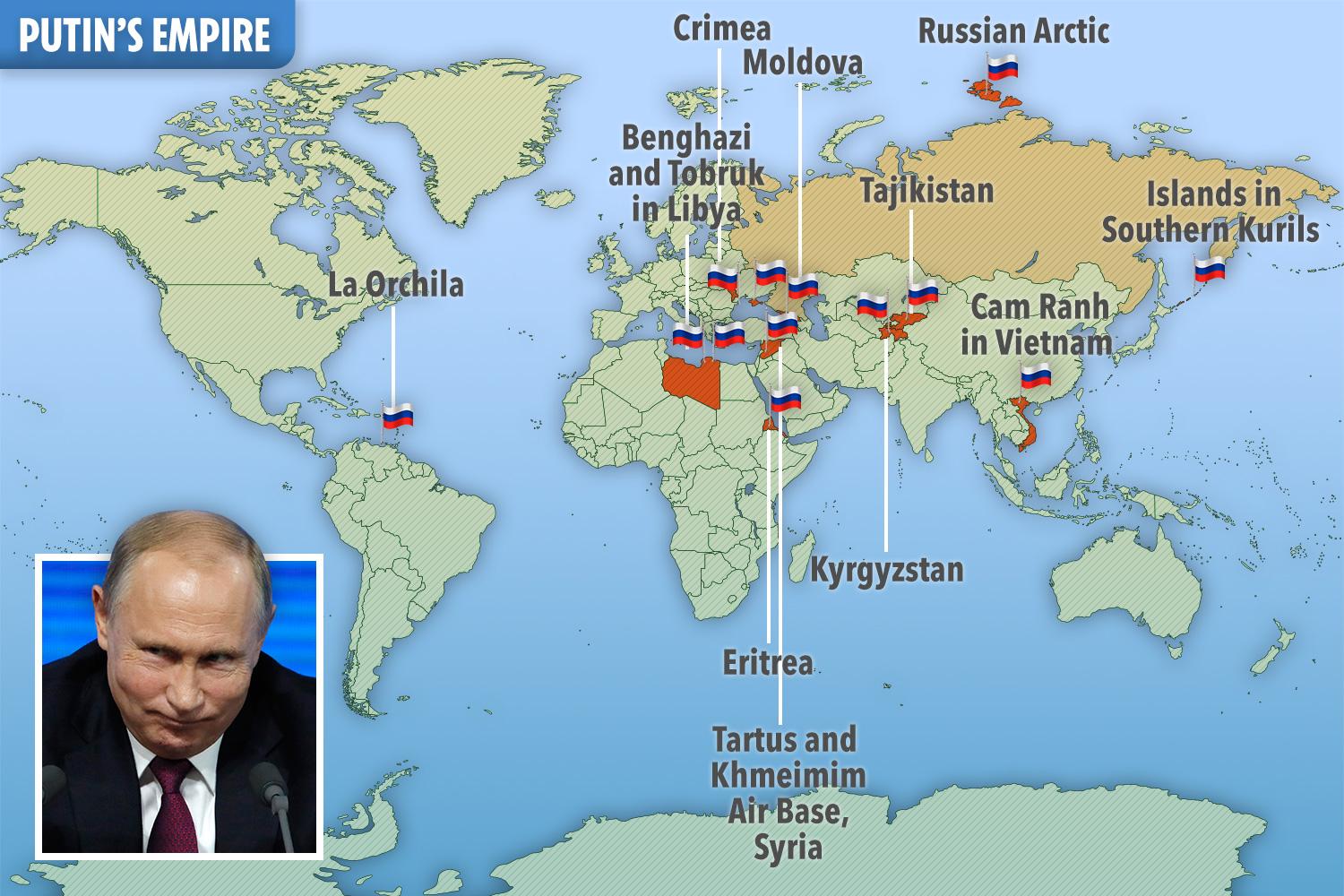 Describing the re-arming of his nation as a "priority", the ultra-nationalist strongman wants to have one million serving personnel by 2020.

Missiles, planes and ships have been upgraded and modernised.

Meanwhile bases have been improved or established all over the globe as Putin continues on his mission to build an empire and pull the strings.

From the cold wastes of the Arctic to tropical islands, his power is spreading across the world. 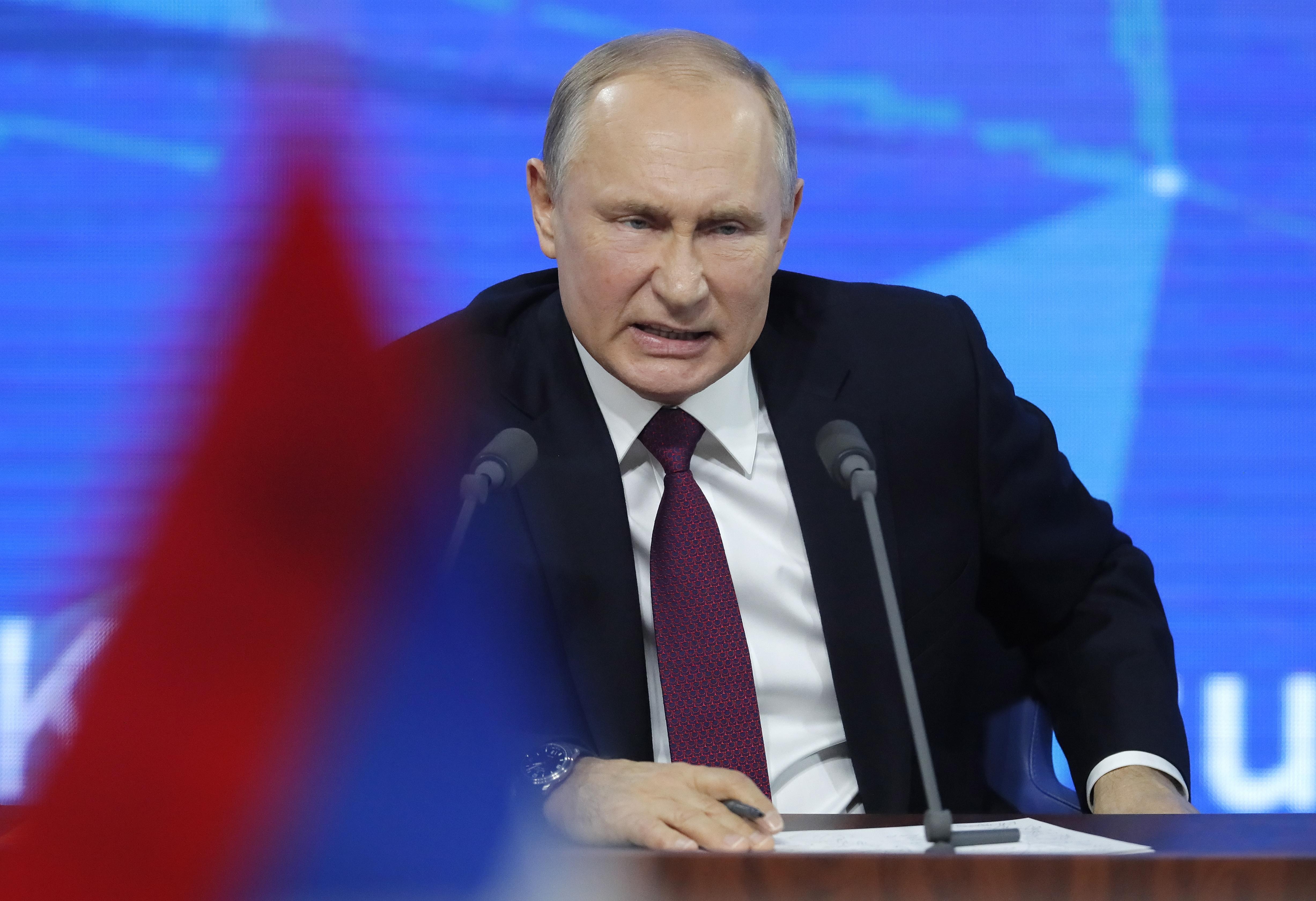 The bases are located in strategic places which allow Russia to project military power, none more so than its first ever base in the Caribbean.

Russian Tu-160 heavy strategic “Blackjack” bombers are to be based on the island of La Orchila belongs to cash-strapped Venezuela which shares Russia’s intense resentment with America.

On Tuesday Japan officially logged a protest with Russia over the establishment of four barracks on on the islands of Etorofu and Kunashiri.

The isles are part of the disputed Southern Kurils.

A “logistics” facility will be set up in Eritrea while in Libya there are two military bases are already now up and running in the coastal towns of Tobruk and Benghazi. 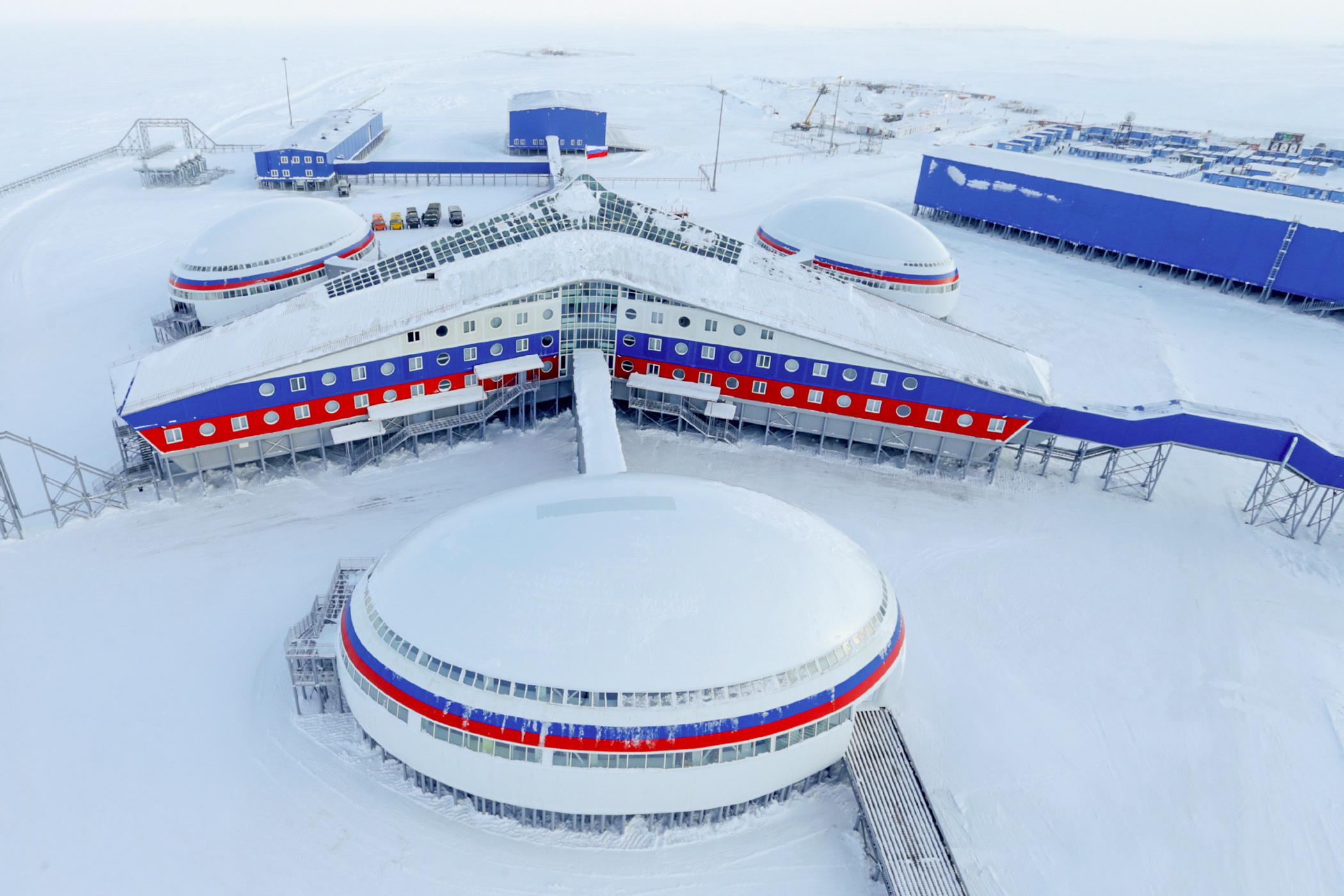 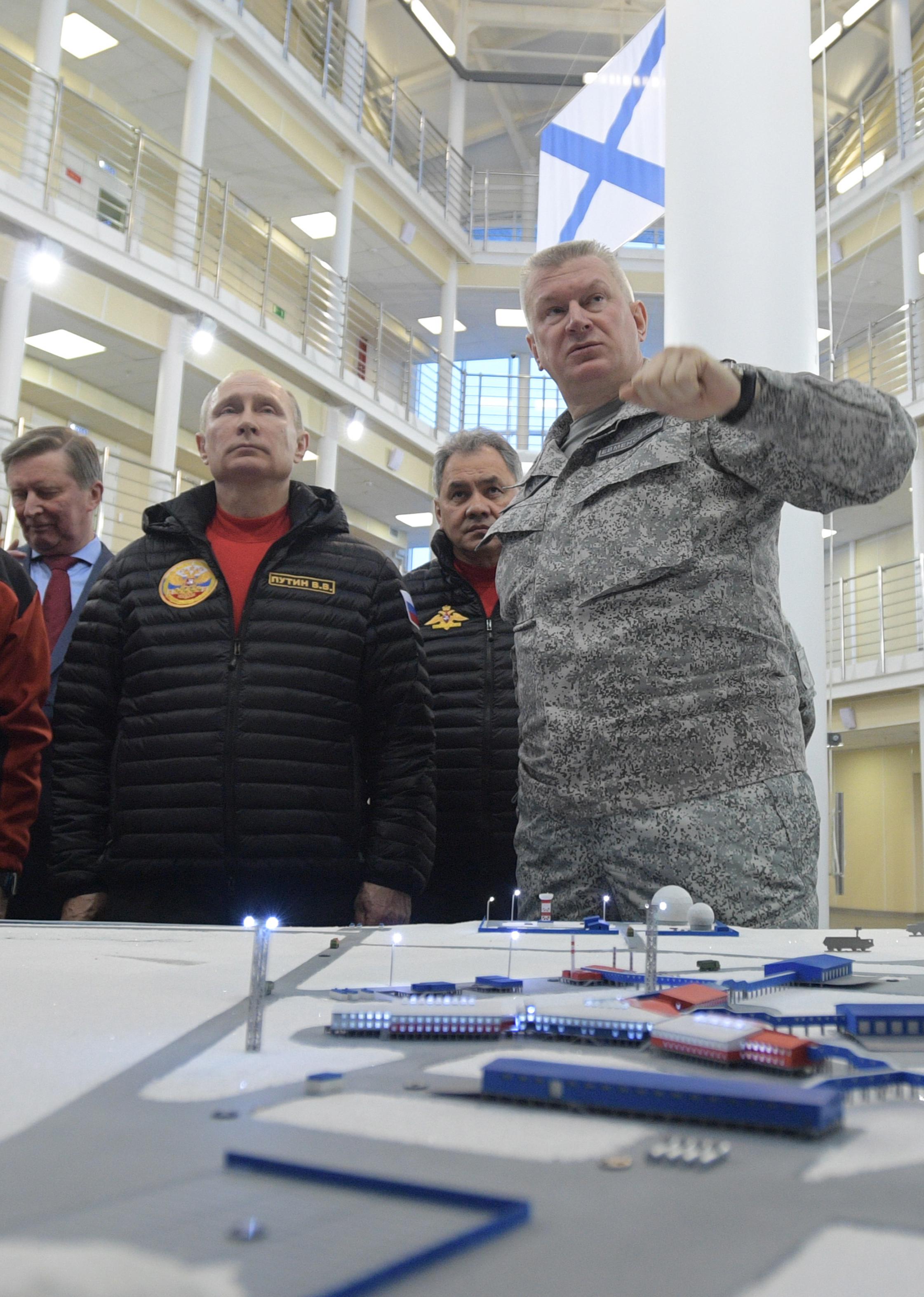 In Syria Putin has re-established his army and naval bases in Tartus and Khmeimim where he has successfully backed ruthless despot Bashar al-Assad in his bid to stay in power during a brutal seven year war.

Troops and equipment have been pouring into Crimea via Dzhankoi Airbase which it annexed in 2016 form Ukraine.

Tensions have been mounting since last month when Russia seized two ships and their sailors. 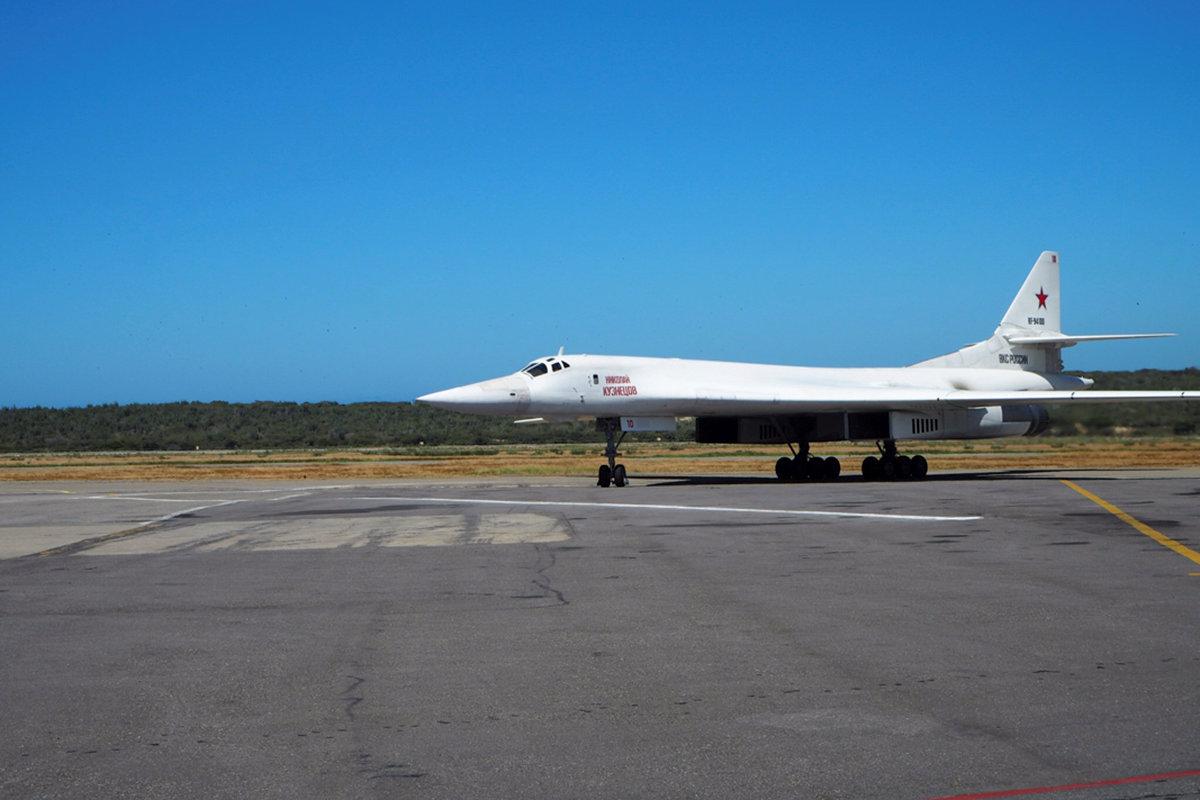 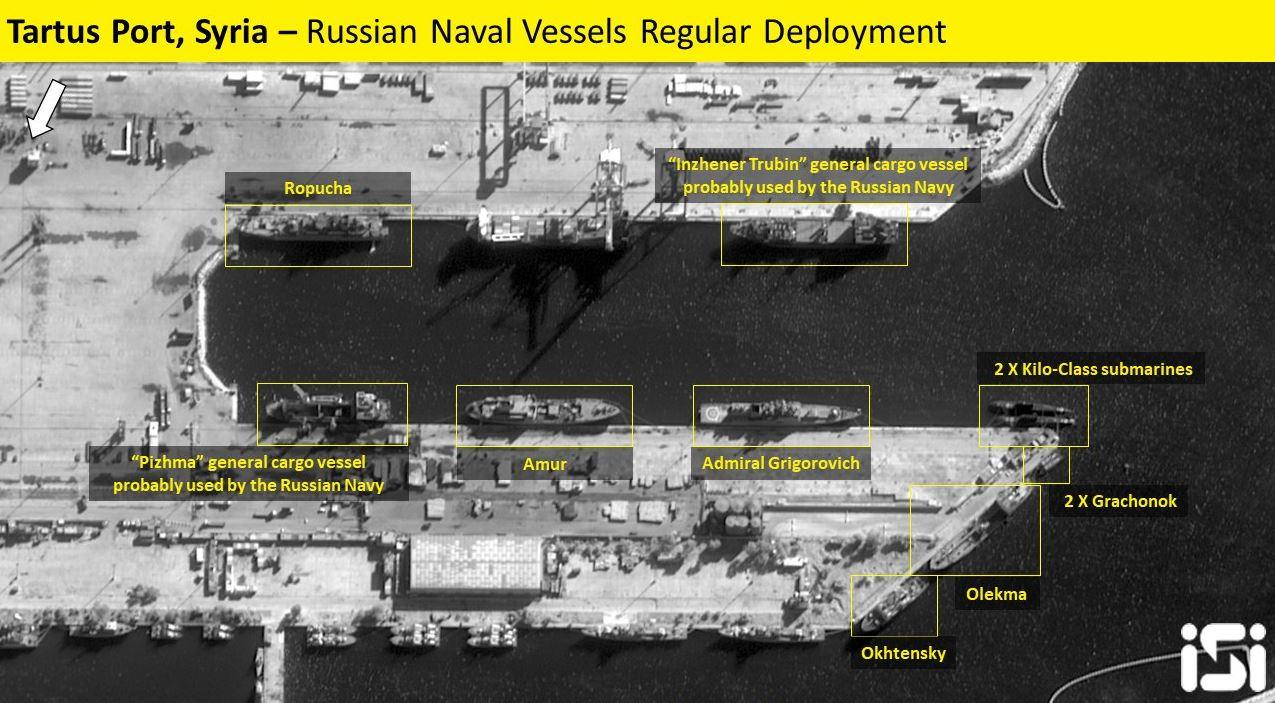 In Georgia there are 8,000 soldiers which are occupying  regions of Abkhazia and South Ossetia after the 2008 war.

Some 1,500 troops are deployed in Moldova. 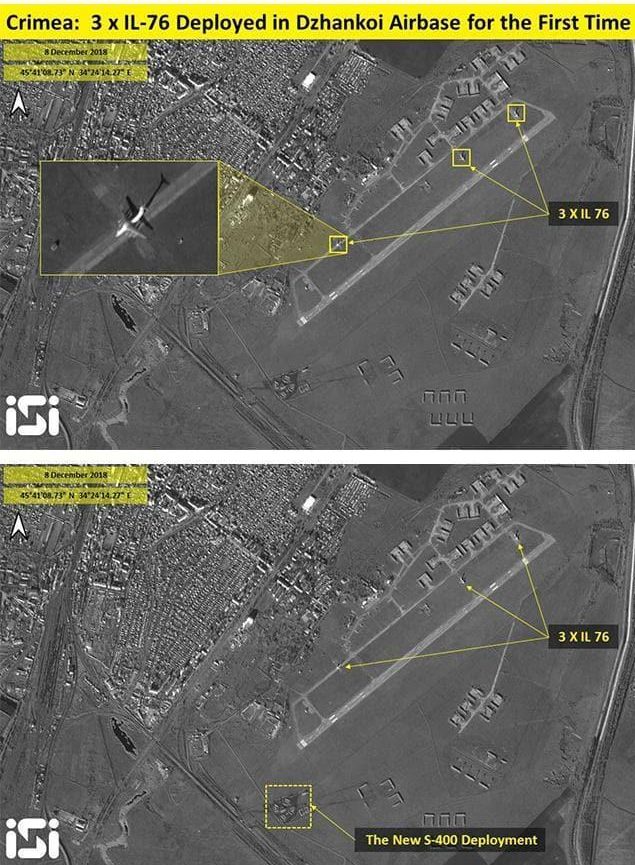 Meanwhile in Tajikistan, Kazakhstan and Kyrgyzstan there are space and missile bases and more than 8000 personnel.

In Vietnam Russia has been maintaining a naval base in the port of Cam Ranh.

Russia’s devastating Kalibr anti-ship missiles and state of the art S300 air defence missile systems are also now believed to be on the ground in Libya. 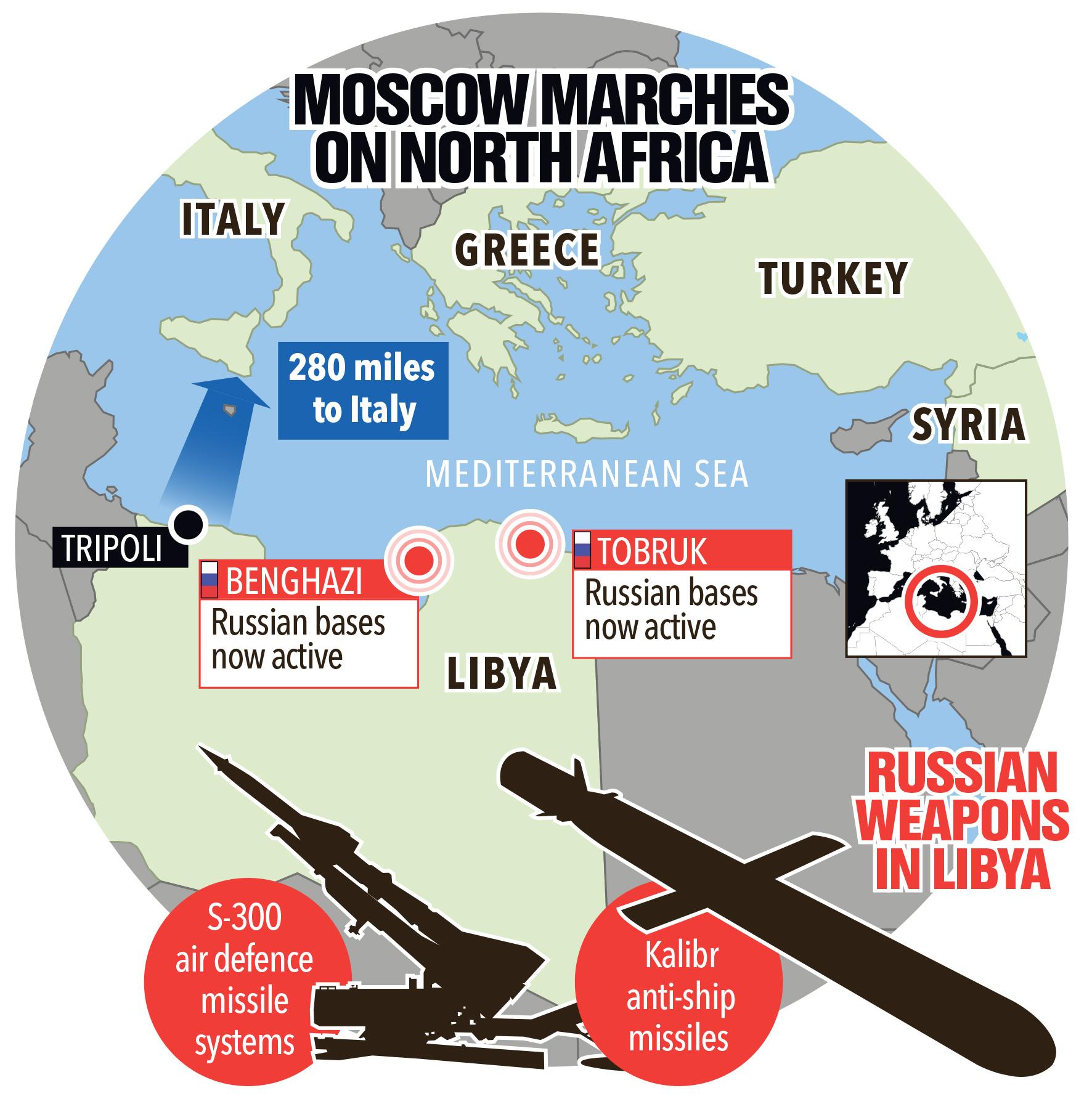 Speaking at his annual news conference, Putin did not disguise his fury at Donald Trump’s decision to pull out of the treaty restricting nuclear weapons, adding "the danger of the situation is being downplayed".

And he warned an arms race could "lead to the collapse of the entire civilisation and maybe our planet".

President Trump controversially claimed that his reasons for withdrawing were because Russia had been violating the 1987 treaty "for many years" by building banned weapons.

But Putin has now fired back by saying the decision to withdraw from the historic treaty would have unpredictable consequences.

He also revealed his country will be forced to take countermeasures should Trump's administration put intermediate-range missiles in Europe.