Hunt launched for masked thug who held scientist, 81, at knifepoint and demanded he get them £5,000 by claiming they kidnapped his wife… while she was out shopping

Police are hunting a masked thug who held an elderly scientist at knife-point and demanded a £5,000 ransom for the safe return of his wife.

Dr Ray Noble, 81, was attacked at his front door and was told his wife Betty was taken hostage while out shopping.

He was made to drive to a bank to pay the ransom for her release, but Dr Noble managed to outwit his captor and told Natwest staff about the threats. 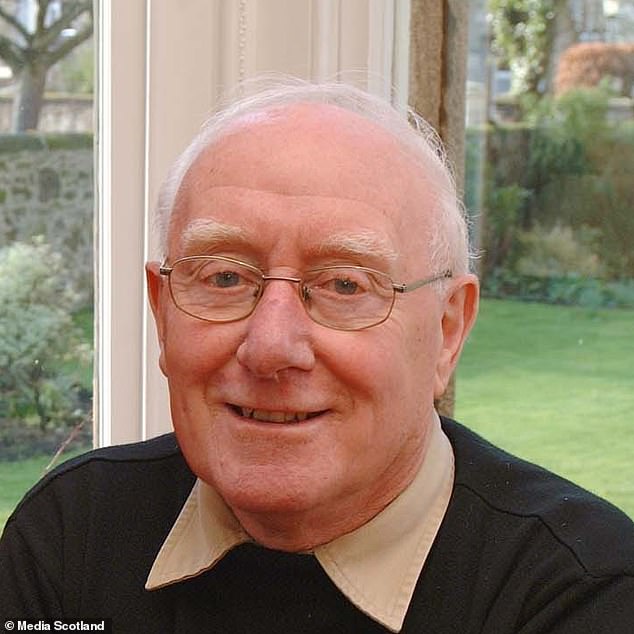 Dr Ray Noble, 81, was attacked at his front door and was told that his wife Betty had been taken hostage

Bank staff called police and asked everyone to remain calm, while officers called Betty to find she had returned home safely from her shopping trip.

Recalling the incident, he said: ‘It is not the type of thing you expect in Ayr.’

The robber remained in Ray’s blue Jaguar but fled towards the seafront when he realised Dr Noble was not coming back with the money.

The incident happened on Friday at 11.45am when the former head of bio-chemistry at Auchincruive was in his slippers and his wife had gone to the deli.

Dr Noble, who invented Supajusto to help improve children’s brain power, said the suspect had been watching the house.

He answered the door only to be threatened. When he said he had no money in the property, he was made to drive to town.

Mrs Noble said she returned home at 11.55am and was worried as his wallet was missing.

She said: ‘I was rather alarmed because it was obvious he had left here in a hurry, his car was gone and his slippers had been thrown on the floor in the hall.

‘I was just wondering what to do when the police phoned. They said ‘don’t worry about your husband, he is with us and he is unharmed and we will escort him to you. I could not praise the police high enough.’

Police are now hunting the suspect, who is described as a white man between the ages to 25 and 30 and clean shaven. He was wearing a dark hoodie and dark joggers. 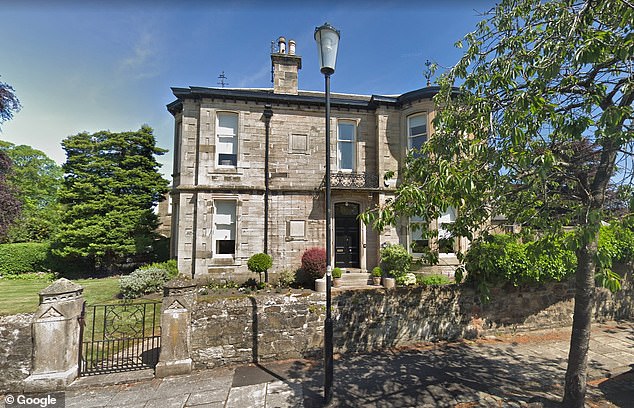 Dr Noble was made to drive from his home (pictured) into town to a Natwest so he could pay a £5,000 ransom

Dr Noble does not think he could recognise him again as the hoodie was pulled tightly round his face.

DS Craig Semple said: ‘This was an extremely distressing experience and it is vital we trace the individual responsible for this despicable crime.’

He believes the hood was lurking in Park Circus lane shortly before he knocked on the door.

DS Semple added: ‘The suspect may have been observing the victim’s movements at his home in the days leading up to it and I would urge anyone who noticed suspicious activity to get in touch.’

He told them: ‘This is an emergency. I’ve got to have £5,000 because somebody is holding my wife.’