Like most Australians cooped up in isolation David Mott took the opportunity to get his house in order. But for the veteran TV executive it was a little flashier than just learning how to make a good sourdough starter.

A self-confessed fitness fanatic, the Esperance-born, now Sydney-based head of ITV Studios Australia dropped $5.25 million on a new apartment in Darling Point. He then decked it out with $15,000 worth of gym equipment after his favourite workout spot closed down. It's a purchase he jokes probably wasn’t the best idea. 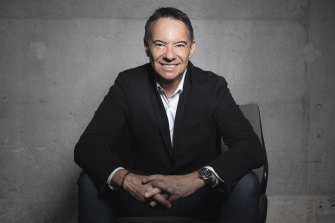 “I missed the gym. I used to go to the Anytime Fitness gym at Edgecliff there and so I then stupidly went out and bought a $15,000 gym set up, which you probably won’t see the evidence of for a while,” he says speaking from his Fox Studios Sydney office where he is now back working three days a week. “But it looks great in the room.”

Mott also joined the Sydney Harbour surf ski club and relished his jogs during state sanctioned excercise hours. But one aspect of lockdowns his Fitbit didn't record was the hours of frantic phone calls and video conferences trying to find a way through the pandemic.

With 40 years in the industry Mott has some credence when he says COVID-19 has created the toughest times the sector has ever seen and he while he knows TV shows aren’t saving lives, they are providing a much-needed distraction for those stuck in their homes.

“We were certainly endeavouring to entertain lives in a lockdown period," he says.

All Australian-produced TV has been affected since March in some way and reality shows were hardest hit. Nine's The Block was delayed and Network Ten’s The Masked Singer was forced to shut down production in Melbourne with just the finale left due to a small cluster of cases linked to the studio.

In its full-year results, ITV's head office in London reported a 17 per cent decline in total ITV Studios revenues for the first half of this year from £758 million ($1.36 billion) to £630 million ($1.13 billion) thanks to the complete shutdown of productions globally because of COVID-19. Fortunately for the Australian sector and ITV, scheduled productions have been deemed an essential service and garnered support from governments. Mott says that when COVID-19 arrived on Australian shores his team quickly pulled together a 'bible' to guide their response and TV execs madly brushed up on their scant virus knowledge.

“No one in our lifetime has gone through anything like this before and I think we all became epidemiologists very quickly,” he says.

ITV delayed its raunchy, tropical skin-fest Love Island but Mott beams with pride when he explains that none of their in-production shows suffered a permanent shutdown and they have been able to keep job losses to a minimum.

He says ITV managed to film about 130 episodes of Seven's afternoon game show The Chase by moving it from Melbourne to Sydney, but their biggest accomplishment was keeping its flagship show The Voice on the air. With judges sent home, audiences barred and editors working from their kitchen tables, Mott devised workarounds for the tail end of the season that ended up resembling a Zoom meeting on steroids, with international judges Boy George and Kelly Rowland attending via satellite link and contestants awkwardly adhering to social distancing protocols.

“I would argue it was creatively an exceptional series from that point of view in making what was a very difficult process to look quite special on air,” he says.

If you’ve watched TV over the past 30 years chances are Mott was involved, at least in some part, in the shows on your screen. He is regarded as one of its better programmers and as head of Channel Ten’s programming division he oversaw that network’s golden years, commissioning iconic shows such as Big Brother, MasterChef, Australian Idol and The Project. In 2013 he left Ten and flew west to work in his home state as the head of Channel Nine Perth.

A former Nine Perth colleague described Mott as "lavish" and "probably overqualified" for his role back then, but they said he was good at his job because everybody in the city knew his name. It was here he worked with his now-wife Wendy Mott, a former publicist and marketing manager who has worked at even more Australian networks than her husband.

“Motty is the real deal," he says. "He gets it and not many of them get it. David is one of the ones that doesn’t rely on luck, he relies on his ability. Motty is well regarded by everybody. He doesn’t lie or bullshit or dick you around.”

Motty is well regarded by everybody. He doesn’t lie or bullshit or dick you around.

Audience Development Australia managing director David Castran has worked in TV for as long as Mott and met him at Channel Seven Perth when they were both bright-eyed TV upstarts in their 20s. He said Mott’s sharp programming sense was best demonstrated with the leaps of faith he took with the MasterChef and Big Brother franchises.

“He has had an unwavering nerve with projects that other networks just don’t take on,” he says. “I think as a programmer his great strength is that he knows how to shuffle a deck, he can shuffle a deck of shows and get a good result.”

How to finish The Voice wasn't the only headache the big-budget singing show caused Mott during the pandemic.

In August Seven West Media revealed it had bought next year's broadcast rights off Nine (publisher of this masthead) after an eight-year run. Seven West chief executive James Warburton hailed the deal as a coup but Nine chief executive Hugh Marks's enthusiasm for the expensive show had dwindled.

"Unfortunately due to the age of the show and declining demographic profile, The Voice had become by far the poorest financial performer on our slate. We wish Seven well in their quest to revive yet another Nine show," a spokesman said at the time. 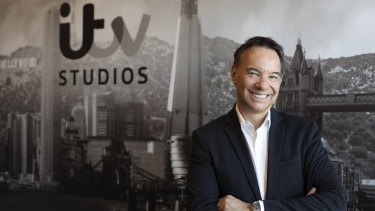 Not all of Nine's TV executives were as happy as Marks about letting The Voice go. But Mott refrains from any criticism of Nine and says the relationship is still strong through Love Island, which accounted for 20 per cent of all streams on the network's streaming platform 9Now.

"Decisions by broadcasters are made and we must respect them but sometimes in this business when one door closes another one opens," he says.

Mott is confident The Voice still has legs in Australia and is excited to see how its new format will play out. Seven, which went through a near-death financial experience earlier this year, may try to make a less expensive version of the show although its decision to court US pop diva Mariah Carey as a judge suggests Warburton is prepared to spend top dollar on talent.

"James Warburton, Seven CEO, was super eager to evolve The Voice in its new home. 'Supercharge' I think is the word they use, as well as wanting to inject a new pace," he says. "It’s a new beginning for all of us, and one we’re really excited about. I'm thrilled that every division of Seven we have discussed The Voice with is genuinely excited, and why not? It's still the biggest entertainment brand globally and one that ITV is enormously proud of."

Mott's prominence in the industry has seen him front and centre of the debate over the future of television production in Australia and he says reality TV will be crucial for networks to survive, though the term doesn't sit comfortably with him.

"I've never really liked the phrase 'reality TV' as it does not represent the true nature of what this genre represents," he says.

You can never underestimate the viewer and in fact we must be respectful to them in how [brand integration] is executed within shows.

"It is just plain and simple TV that entertains and tells Australian stories in a different way to what scripted/drama programs do. Reality strip programming does provide production efficiencies with the volume of episodes and creates the ability to amortise costs over the entire series. Like any show, however, viewer fatigue can set in and we must ensure we can keep the brands fresh whilst at the same time create new formats that will engage an audience."

Brand integration has become an important tool for broadcasters looking to squeeze as many dollars as they can out of shows, and Mott says it should be done where it makes sense but warns it can become "overcooked".

"You can never underestimate the viewer and, in fact, we must be respectful to them in how it is executed within shows," he says. "Some shows have done it right and some have gone too far. I will leave that to our discerning viewers [and] readers to determine what shows have and what shows have not."

The federal government is currently seeking feedback on an options paper about the level of homemade content free to air broadcasters and streaming services should be producing, with Mott sounding the alarm that Australian stories are at risk if they don't get the balance right.

At the moment broadcasters are required to produce a certain amount of local content in order to keep their TV licences, but streaming services have no local content obligations.

"I think they should be more accountable, what that looks like it is hard to say at this stage. I do feel that there needs to be some sort of quotas implied. I think that would be great for the industry overall," Mott says.

"If the level of Australian conversations and Australian stories being told are diminished because of some government paper that doesn't accept the need to ensure that is maintained for generations to come it would be very sad."