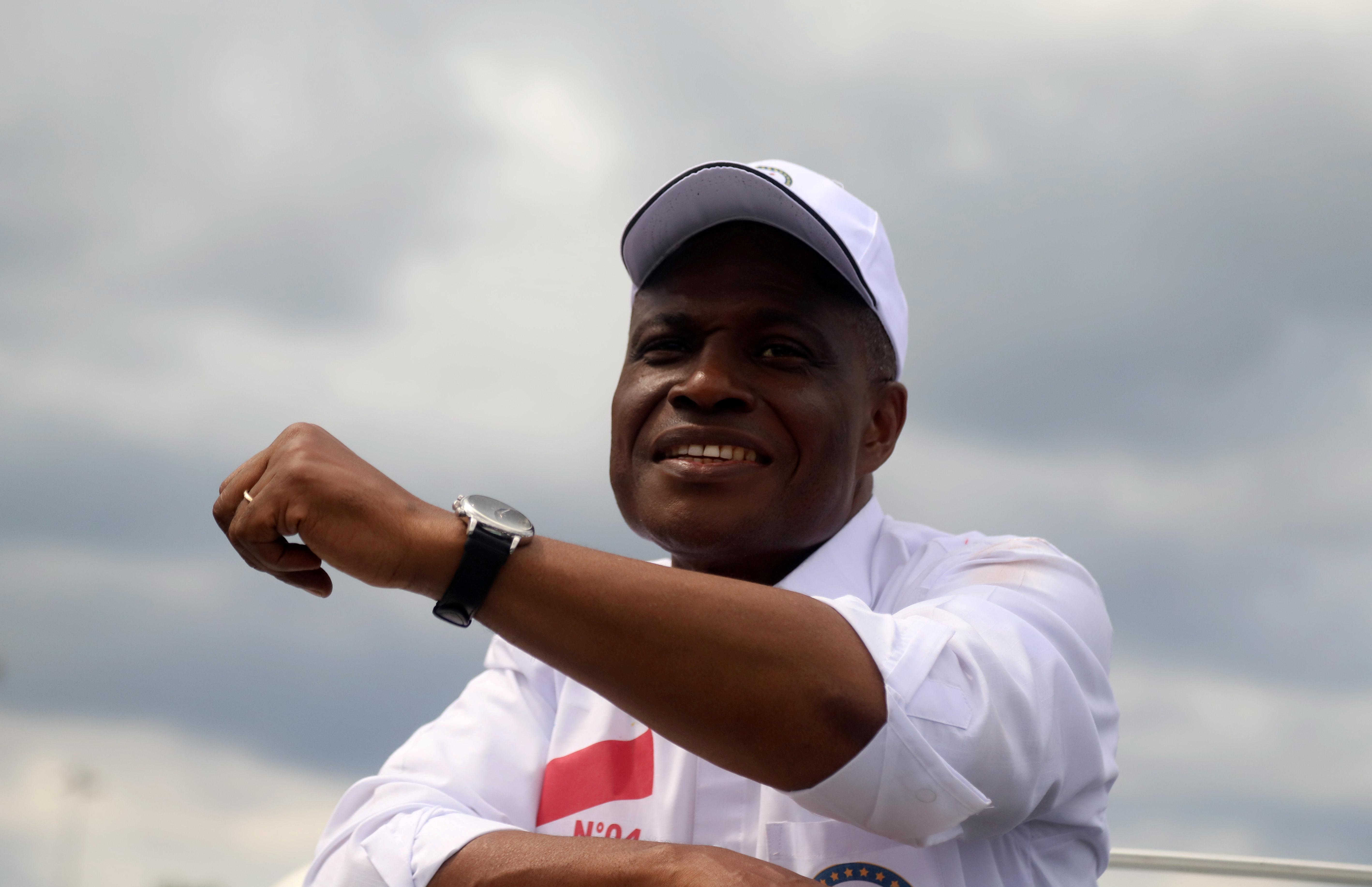 On Sunday, he hopes to witness another milestone: a presidential election meant to lead to Democratic Republic of Congo’s first democratic transfer of power. But like many of his compatriots, he’s keeping his expectations in check.

“There is no freedom,” said Ndaywel, who has lived in hiding since last year because of his work with a Catholic group that has organized protests against President Joseph Kabila, who is stepping aside after nearly 18 years in power.

“There isn’t much of a chance that these elections will be transparent,” Ndaywel told Reuters.

Even so, for many of Congo’s 80 million citizens, half of whom are registered to vote, the election offers a chance to draw a line under decades of conflict and economic stagnation.

Repeated crises have left the country mired in poverty and 15 million people in need of food assistance despite its immense reserves of prized commodities such as copper and cobalt, which is important to the electric vehicle revolution.

That the election will happen at all represents progress of sorts. The vote to replace Kabila, who succeeded his assassinated father in 2001, was first scheduled for November 2016 but has been repeatedly delayed.

Kabila’s opponents accused the increasingly unpopular president of trying to cling to power, and security forces shot dead dozens of people protesting against him. The violence raised fears of a slide back into the kind of open conflict in which millions were killed around the turn of the century.

After refusing to comment publicly on whether he would defy the constitution to seek a third term, Kabila finally announced in August that he would step down and threw his support behind former interior minister Emmanuel Ramazani Shadary.

For some Congolese, most of whom live on less than $2 a day and eke out their survival through informal odd jobs, the announcement provided a rare glimmer of hope.

“I congratulate Mr Kabila on having organized the elections. (It’s) something serious we did not expect,” said Joseph Mukuna, 32, a taxi driver in the capital, Kinshasa. “We … think there will be big changes in our country.”

Ndaywel, however, is wary of false dawns.

He recalled how, when he was a student in 1965 at Kinshasa University, a young army general named Joseph Mobutu seized power in a bloodless coup to the delight of much of the country, then known as the Republic of Congo.

“Certain students knew something was going to happen and they stayed up all night listening to the radio,” Ndaywel said. “People were happy to have an energetic president at last.”

But Mobutu, who later renamed the country Zaire and himself as Mobutu Sese Seko, did not organize open elections for the next 32 years.

Sunday’s vote, in which Shadary’s main rivals are two opposition candidates, Felix Tshisekedi and Martin Fayulu, could be delayed by a few days because of delays getting voting materials to polling stations.

Campaigning turned violent last week when security forces cracked down on Tshisekedi and Fayulu’s supporters, killing at least seven people and causing parallels to be drawn with the violence-plagued 2006 and 2011 elections.

And a fire, which authorities blamed on unidentified criminals, destroyed about 8,000 of 10,000 voting machines earmarked for Kinshasa, leaving election officials trying to recall machines from Congo’s vast forested interior.

On Wednesday, Kinshasa’s governor ordered campaigning in the city halted for security reasons and clashes broke out between police, who fired teargas, and rock-throwing supporters of Fayulu.

Kabila’s opponents accuse authorities of conspiring to rig the election with untested electronic voting machines, and have urged their supporters to be vigilant.

“After you have voted … stay in front of the polling place until our observers have obtained the vote tally sheet to prevent any cheating,” Tshisekedi, the president of Congo’s largest opposition party, told supporters at a rally.

The government says the vote will proceed smoothly although its spokesman, Lambert Mende, accused opposition factions last week of “a radical desire to sabotage the electoral process”.

The government refused to accept election observers from the European Union and U.S.-based Carter Center, which criticized Kabila’s re-election in 2011 as marred by widespread fraud.

Observers from the African Union and Southern African Development Community (SADC) will be present. Their criticisms tend to be more muted.

A poll in October by a research group at New York University showed Tshisekedi leading the race with 36 percent support. Shadary and Fayulu trailed with 16 and 8 percent, respectively.

But Shadary, who is under EU sanctions over crackdowns on protests while he was interior minister, is expected to benefit from the ruling coalition’s grip on state institutions, including state media. 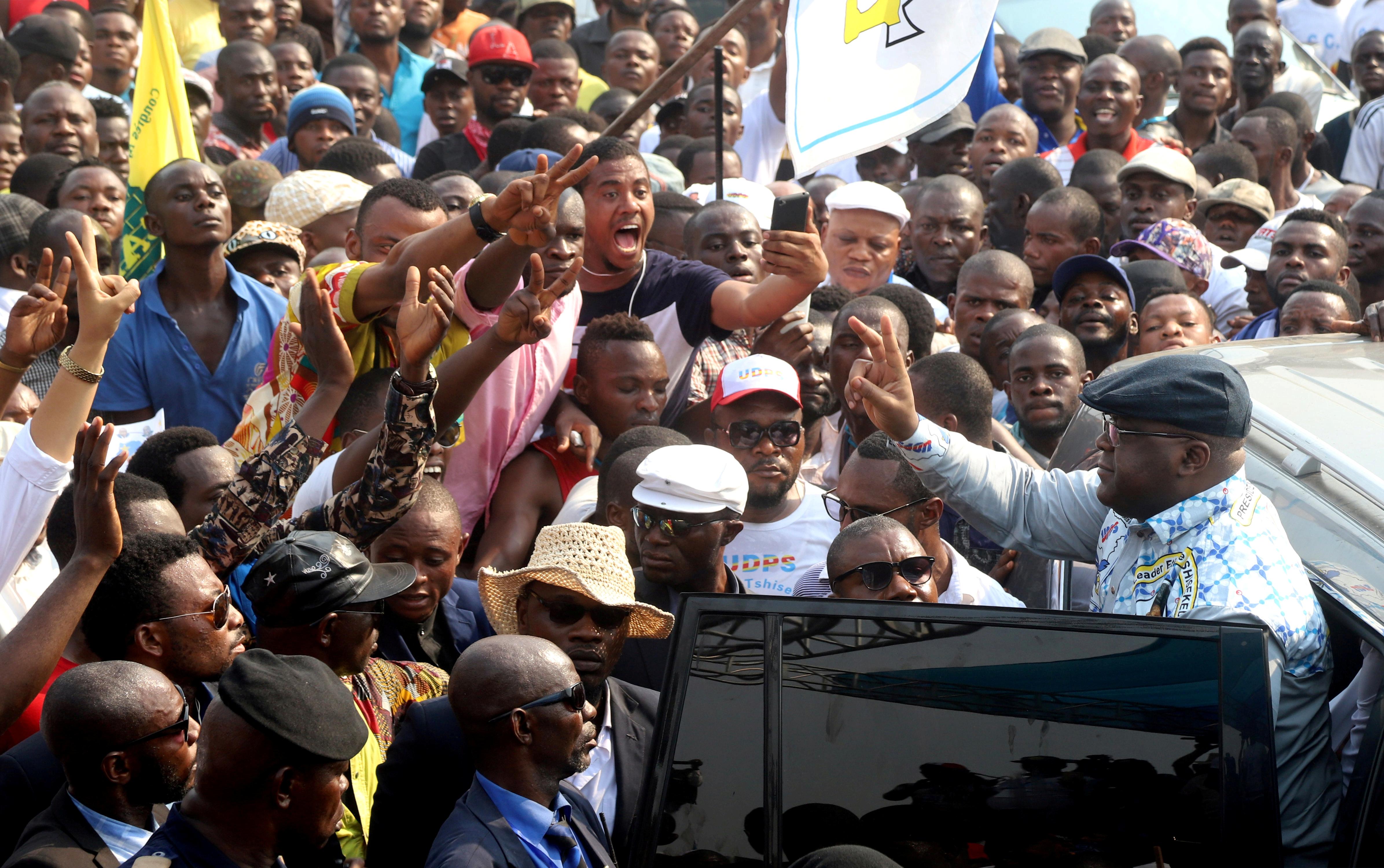 Victory for Shadary could help Kabila maintain influence behind the scenes. Opposition candidates say they will make a clean break with the Kabila era but have offered few specific policy proposals and many Congolese are not convinced they can bring about real change.

“Our politicians are incapable of telling the truth,” said Christian Boka, a 24-year-old student who was selling power to recharge mobile phones in Kinshasa.

“Our politicians are mainly concerned about their own personal interest but want us to believe they care about the common interest.”