A burglar caught on CCTV ransacking a modelling agency office is the spitting image of survival expert Bear Grylls, according to the victims of the break-in.

The office of Sapphires Model Management in London was burgled by a man who looked like the survival specialist on November 29.

He stole camera and other equipment worth thousands of pounds.

But there was a little light relief when the owners put stills from the office CCTV online and were told they should be looking out for former SAS man Grylls. 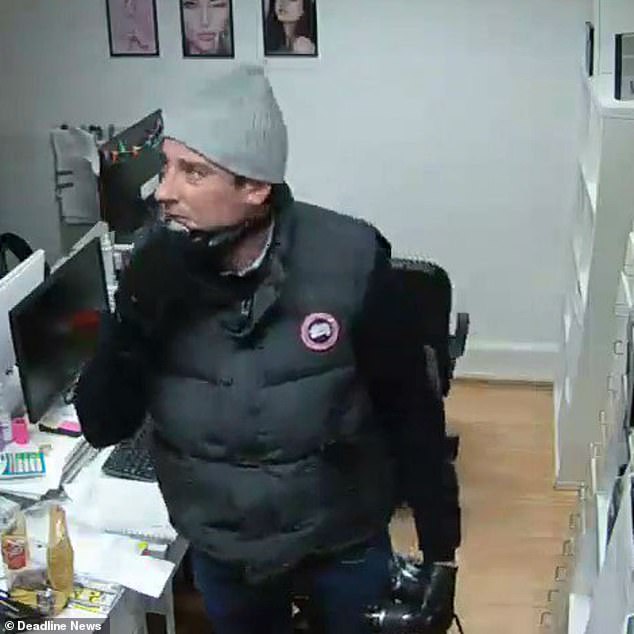 The management of Sapphires Model Management, London posted stills from the office CCTV online and were told they should be looking out for former SAS man Bear Grylls – because the burglar (pictured) looks like him

His companion in crime in Great Portland Street, who also made little effort to conceal his face, has been compared to Pob the puppet from the Channel 4 children’s show.

Finance manager Iain Blank, 37, posted images of the duo online with the caption: ‘These two b******s broke into our office Thursday night in London and stole all our camera equipment.

‘We are a small business and rely on that equipment. If you have any more information on them please let me know. Retweets appreciated.’ 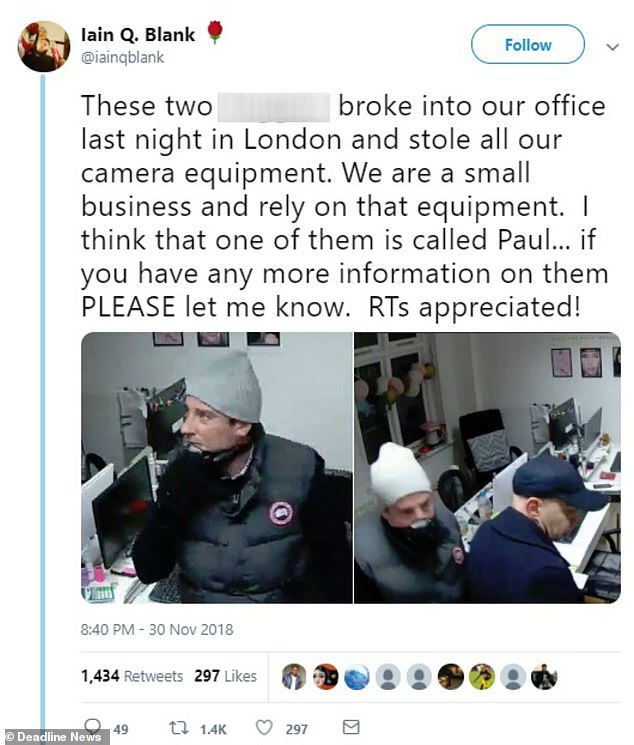 Online, one man responded with a picture of the famous TV survival expert with the question: ‘Is that guy on the left Bear Grylls?’

This led to Iain tweeting the former Grylls: ‘Good question… @BearGrylls, can you account for your whereabouts on Thursday evening?’

Another man joined the online joke posting: ‘His silence is speaking volumes, frankly.’ 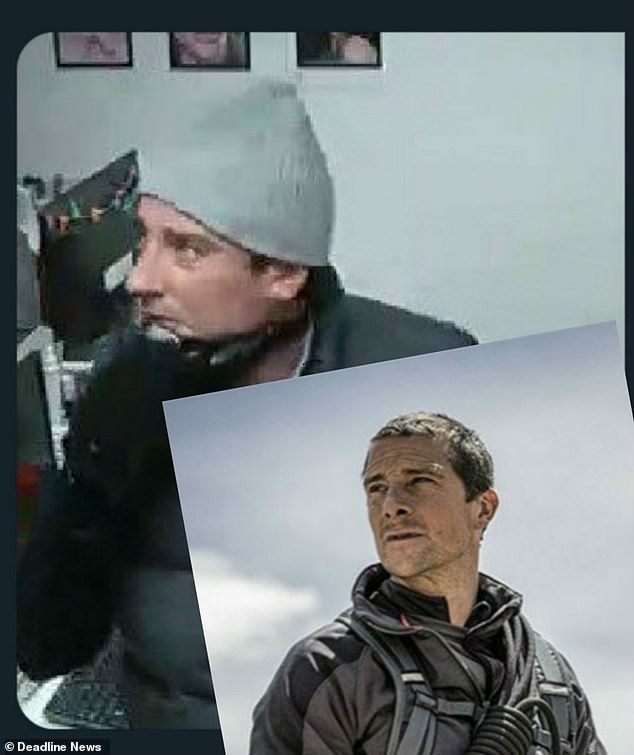 Iain joked: ‘Having failed to provide an alibi he is still chief suspect in the case.’

However, a few users were not convinced the thief looked like Bear Grylls with some sharing pictures of the two dim-witted thieves from Home Alone.

One user compared the thief to Matthew Macfadyen, the English Film star known for playing Mr Darcy in the 2005 remake of Pride and Prejudice. 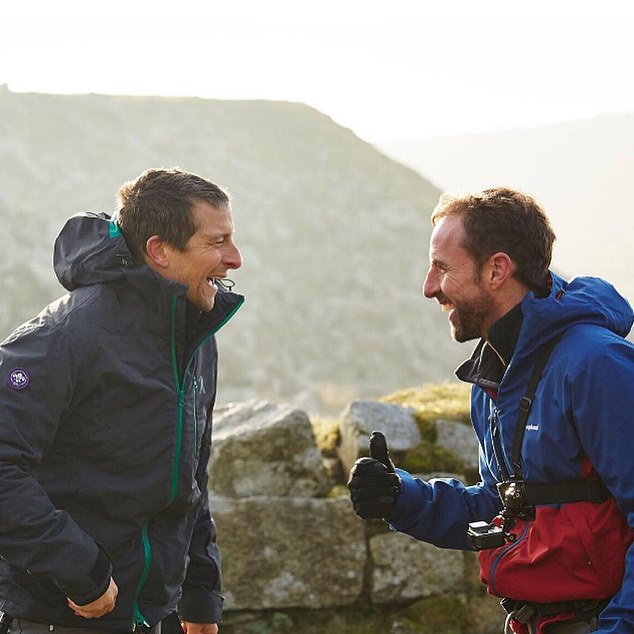 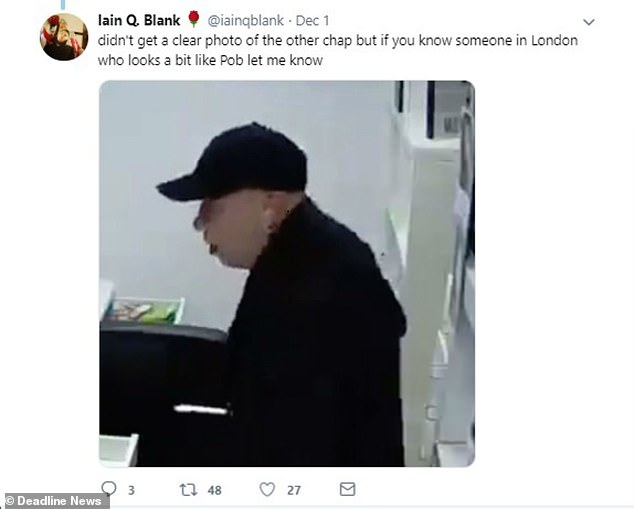 Speaking today Iain said: ‘I did tweet Bear Grylls asking for his whereabouts for the night but we are still waiting for his alibi, so he still a suspect in this case.’

A spokeswoman for the Metropolitan Police confirmed they were investigating the break-in.

Inevitably, references were made to the recent case of a man resembling Friends actor David Schwimmer who is ‘Ross’ in the show, making off with a case of beer in Blackpool.

In late October Blackpool Police shared CCTV stills of a man with a striking resemblance to Friends character Ross Geller on Facebook in an appeal for help.

Schwimmer parodied the still of the suspect stealing a crate of beer from a Blackpool restaurant in late October with a hilarious video in a New York grocery shop.

The viral appeal led to the suspect’s arrest on November 14.