Everyone was awake and holding their breath in the Schwarz household as 18-year-old Marty opened up his VCE results at 7am on Wednesday morning, revealing a 99.95 – a perfect score.

With raw 50s across multiple subjects such as English, Specialist Maths and Chemistry, the Mount Scopus student said he was thrilled. 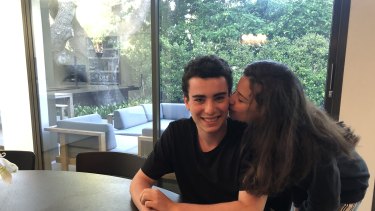 Marty said he is interested in pursuing data science and artificial intelligence in the new year but is
still "vacillating between a couple of different courses".

"I've got a couple of tough decisions to make in the next couple of days," he said.

Marty is one of 38 students in Victoria who achieved an ATAR of 99.95

“It's kind of timely with New Year’s Eve, so we can celebrate tomorrow night," he said.

This year, 98.3 per cent of students successfully completed their VCE, up slightly from 98.1 per cent last year.

The average ATAR across all students was 68.14, and there were 38 students who achieved an ATAR of 99.95, the highest possible rank.

Female students had a slightly higher result on average than their male counterparts – the average ATAR for females was 69.45, while for males it was 66.60.

Lakeview Senior College’s Bethany Kashani was hesitant to open her results at first.

Along with more than 46,000 students, she received her four-digit ATAR and their detailed VCE results early on Wednesday. After some encouragement from her mum, Donna Gorman, she was able to make that final click. 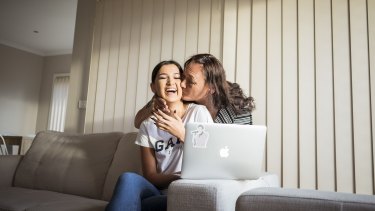 “It’s a lot better than I thought. I was so stressed for nothing!”

“I told you,” her mother said.

Bethany exceeded her own expectations, achieving an ATAR of 82.25. “I’m literally shaking.”

It should mean guaranteed entry into Bachelor of Arts at either the University of Melbourne or Monash University. She hopes to pursue Politics and International Studies.

Getting through VCE in spite of the city's lockdown was not easy, she said. “I think I did more SACs online than I did in person.”

“When we got back to school, I felt like I didn’t remember how to write, it was so difficult.”

Pushing through her studies was even more difficult without a formal or graduation ceremony “It’s done,” she sighed. “I’m happy.”

The year 2020 has taught students to expect anything and survive disappointment. However, for some, the Wednesday morning was one filled with disappointment after a tumultuous year.

Elis and her friends had been up early, texting all morning feeling “nauseous” before receiving their results.

She said the disruption of her studies by the coronavirus pandemic and remote learning had been severe. Her school was closed early in July after a positive case was detected. “I think it had a big impact on how well I did in the classroom and how prepared I was in exams,” she said.

While she had hoped to be able to study an arts/law degree at Monash University, Elis will now turn to other pathways to study. “I’ve got ACU Guaranteed which is good. I’ll just focus on that now.”

“It’s done now, there’s not much I can change.”