Jayme Closs, 13, is pictured smiling alongside her relieved aunt in an image taken on Friday and posted online. 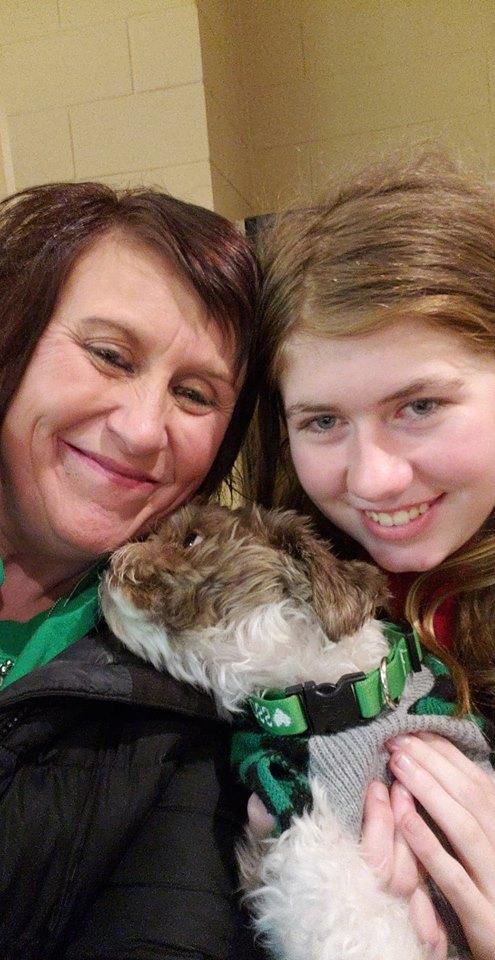 A caption alongside the heartwarming snap on Healing For Jayme Closs reads: "Nothing makes me happier right now than seeing this photo. Seeing this reunion, seeing that smile! We love you Jayme."

It comes after police named Jake Thomas Patterson, 21, who is accused of abducting the schoolgirl and killing her dad James Closs and mum Denise in Wisconsin.

Patterson was arrested shortly after Jayme fled a property 70 miles from where her parents were gunned down in Barron – and flagged down a dog-walker for help.

Witnesses said she was skinny, dirty, had matted hair and was wearing shoes too big for her feet after allegedly being held captive for 88 days. 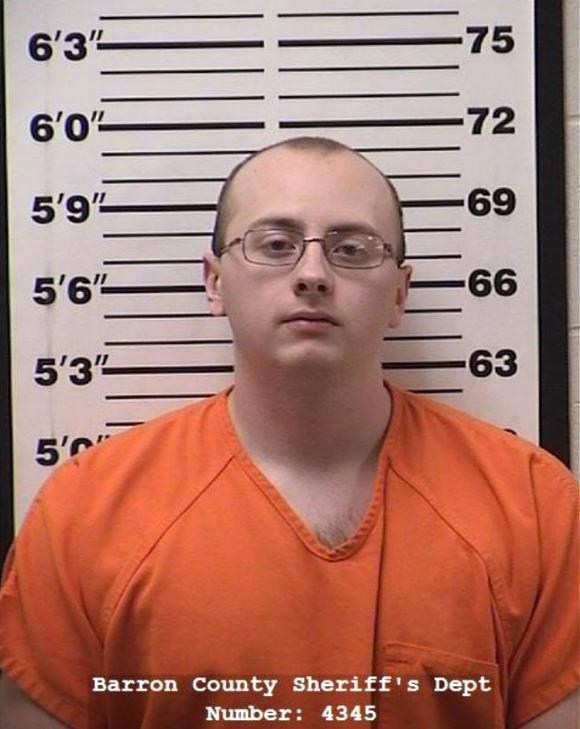 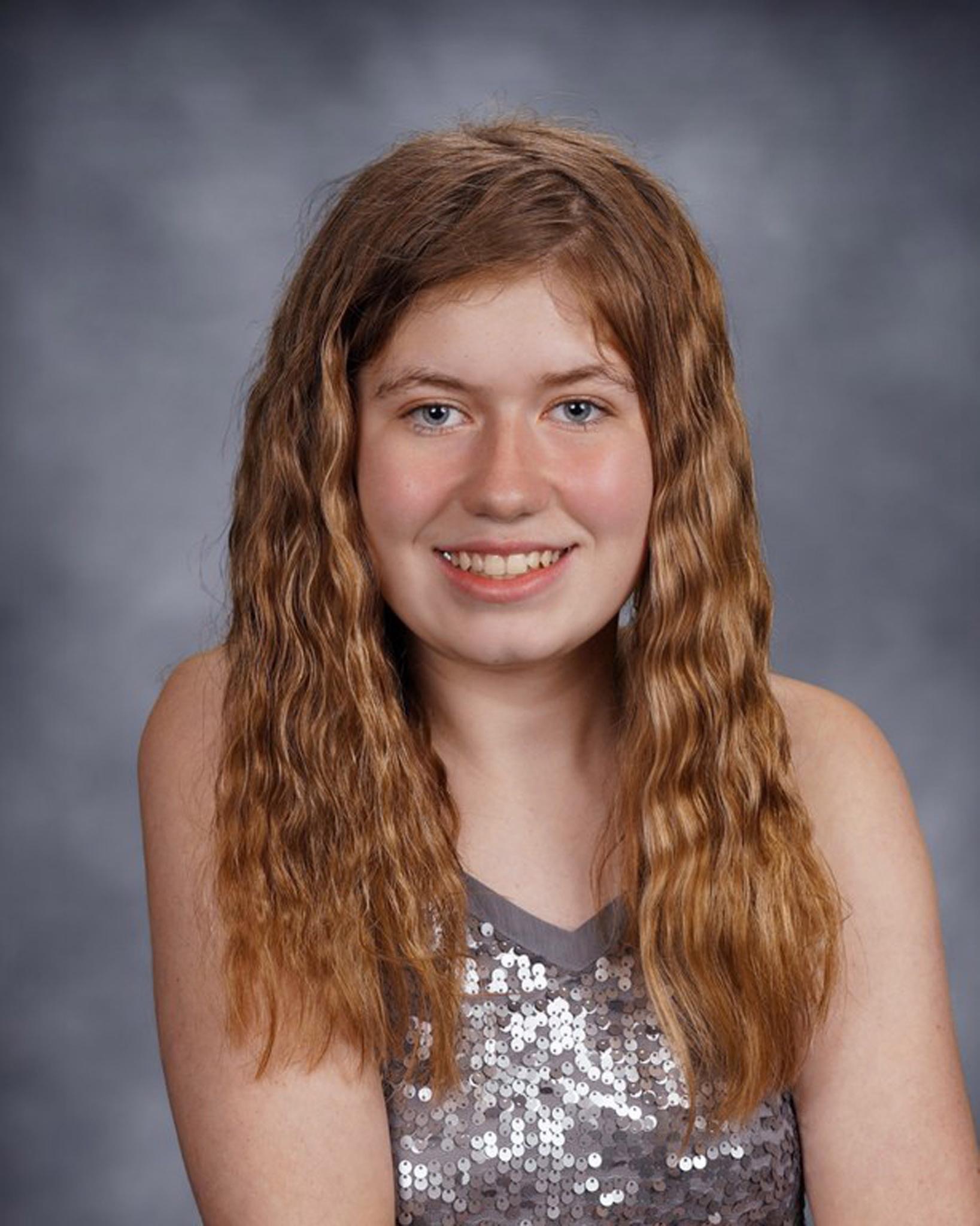 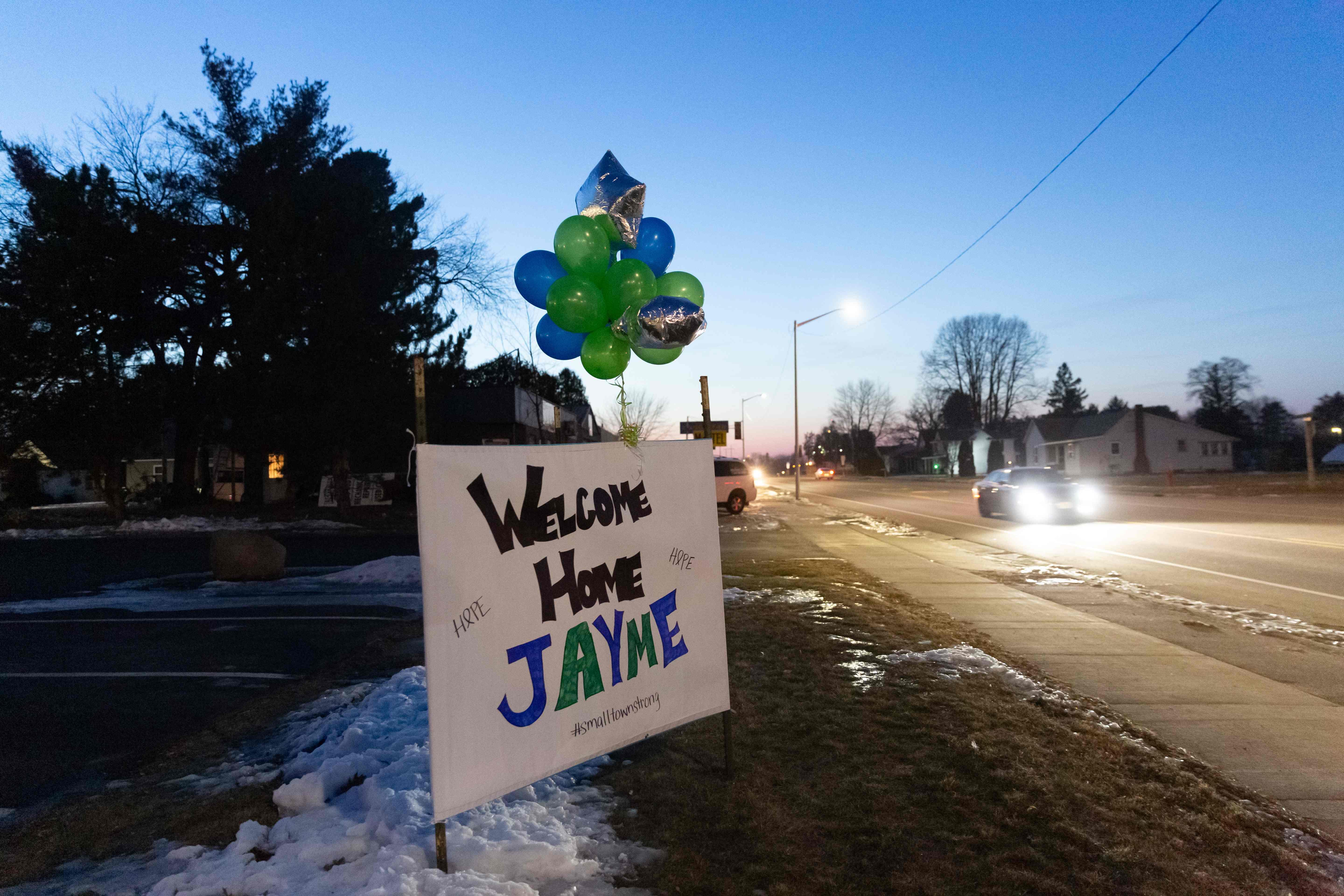 Jayme was found in town of Gordon, Wisconsin, at 4.43 pm on Thursday — almost three months after her parents were slaughtered on October 15.

Fitzgerald also said that Patterson had "planned his actions and took many steps to hide his identity".

Patterson, from Gordon – 70 miles from where Jayme disappeared in Barron, Wisconsin – is in custody on two charges of first degree intentional homicide.

A shotgun believed to have been used by Patterson to shoot open the door to Jayme's home has been recovered among other firearms, according to police.

Detectives believe Jayme was "the only target" and don't think Patterson had any contact with the family. 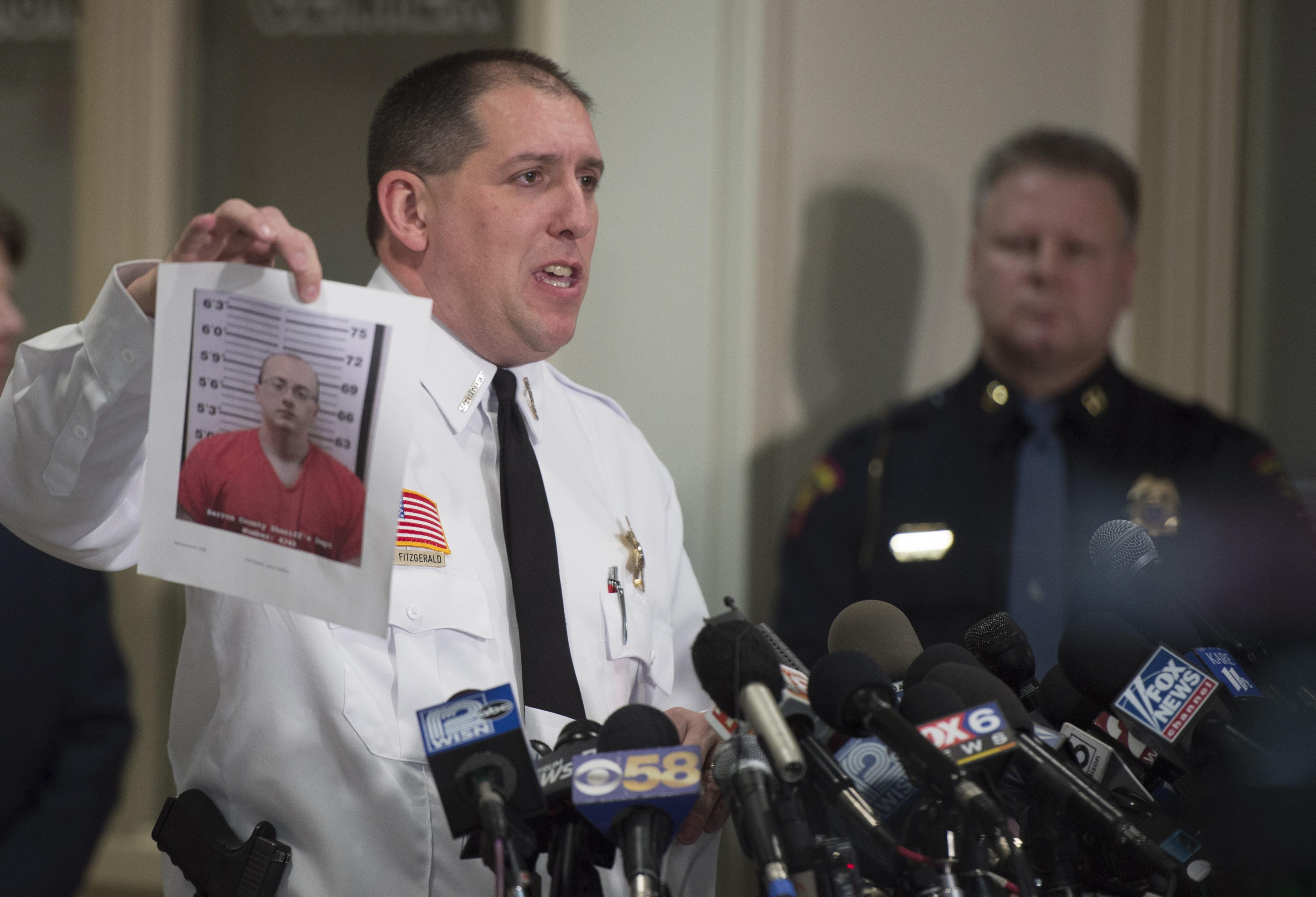 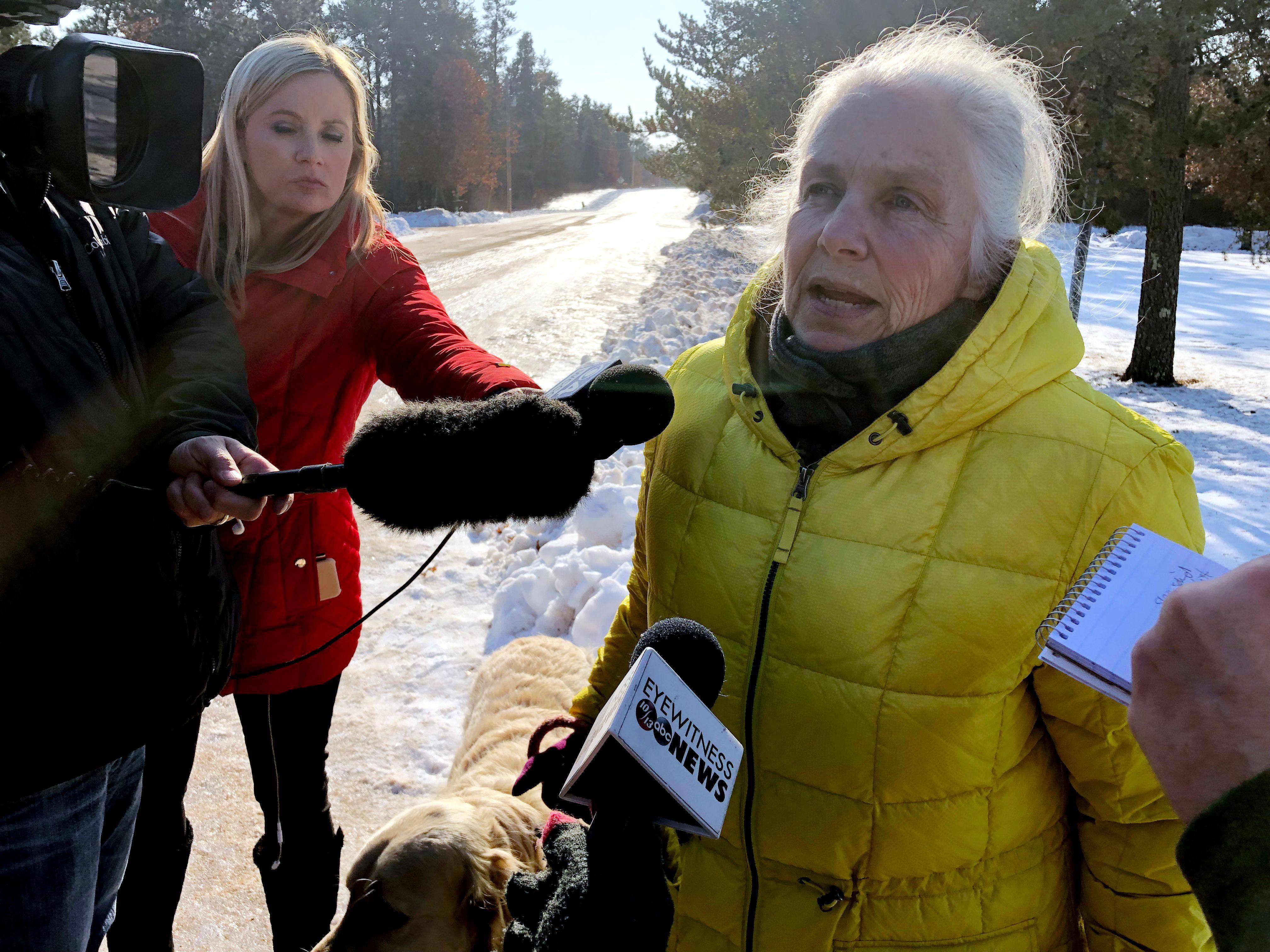 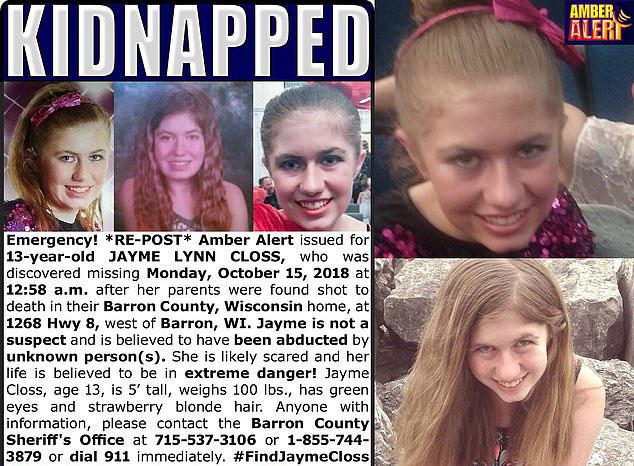 However, it emerged today that the suspect had briefly worked in the same turkey processing plant as James and Denise Closs.

Steve Lykken, president of the Jennie-O Turkey Store in Barron where the Closs' worked for 27 years, said Patterson had been hired before quitting after a single day.

Cops are not looking for anyone else in connection with their investigation.

Unemployed Patterson was not on police records and had no previous crime record.

Jeanne Nutter, the woman who found Jayme, said she was walking her dog in the woods when a dishevelled girl cried out for help.

She said Jayme had fled from a cabin where she'd been held captive.

Nutter said: "I was terrified, but I didn't want to show her that. She just yelled please help me, I don't know where I am, I'm lost." 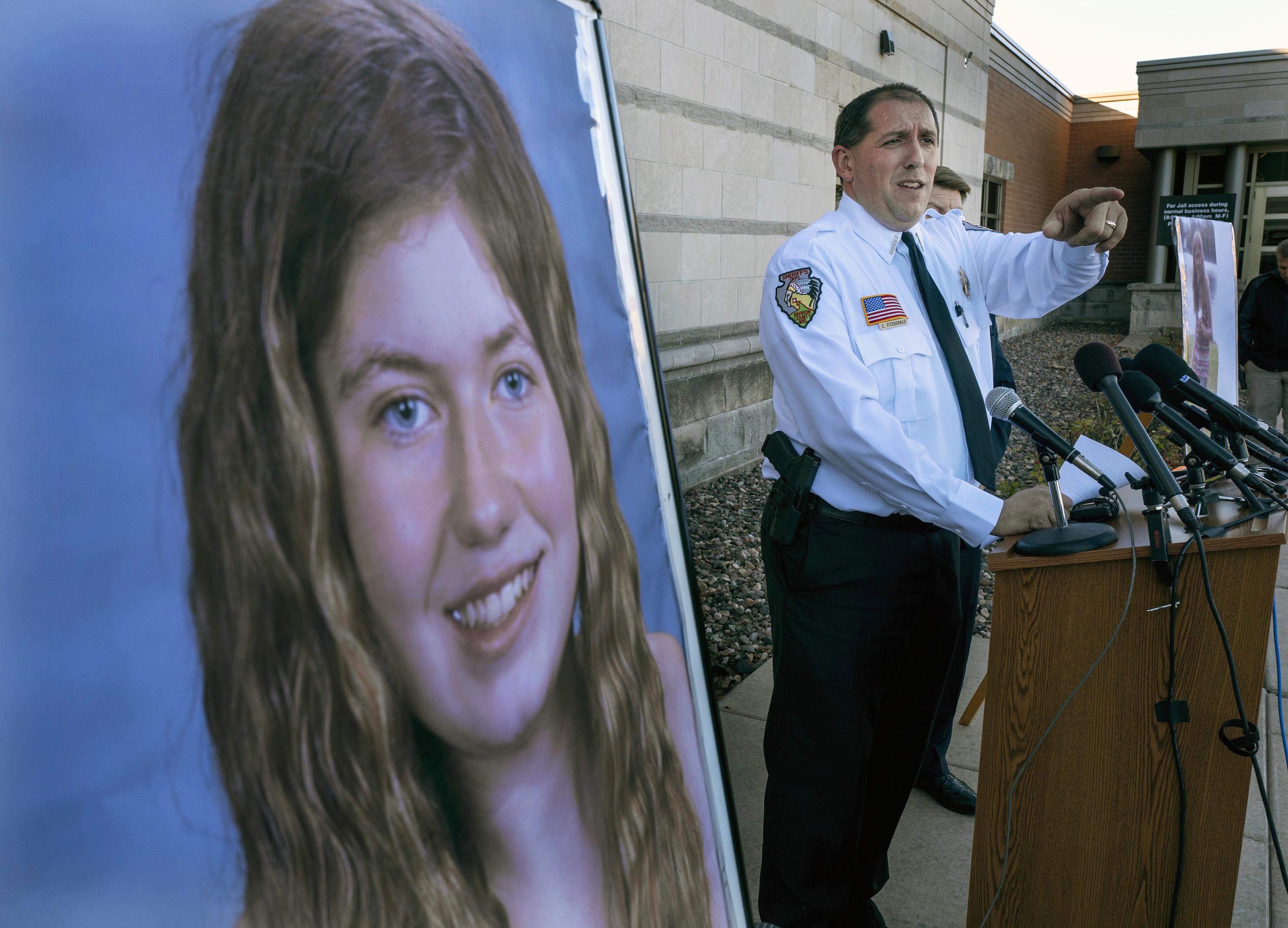 She then took Jayme to neighbours Peter and Kristin Kasinskas' house.

Nutter knocked on the door on Thursday afternoon, saying: "This is Jayme Closs! Call 911!"

She said Jayme was quiet, her emotions "pretty flat," refused food and water and din't know the town she was in.

From what she told them, they believe she was there for most of her disappearance. 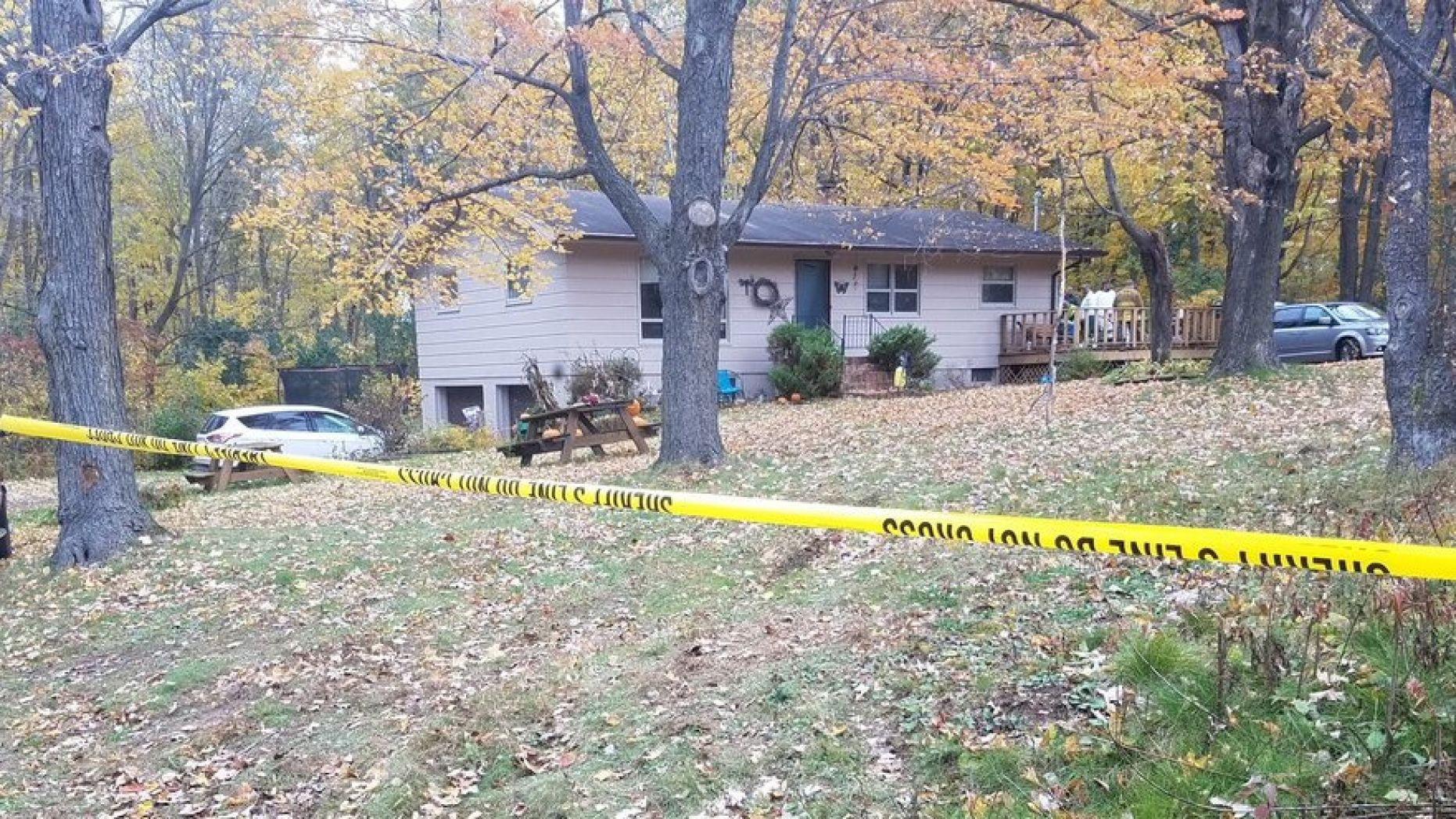 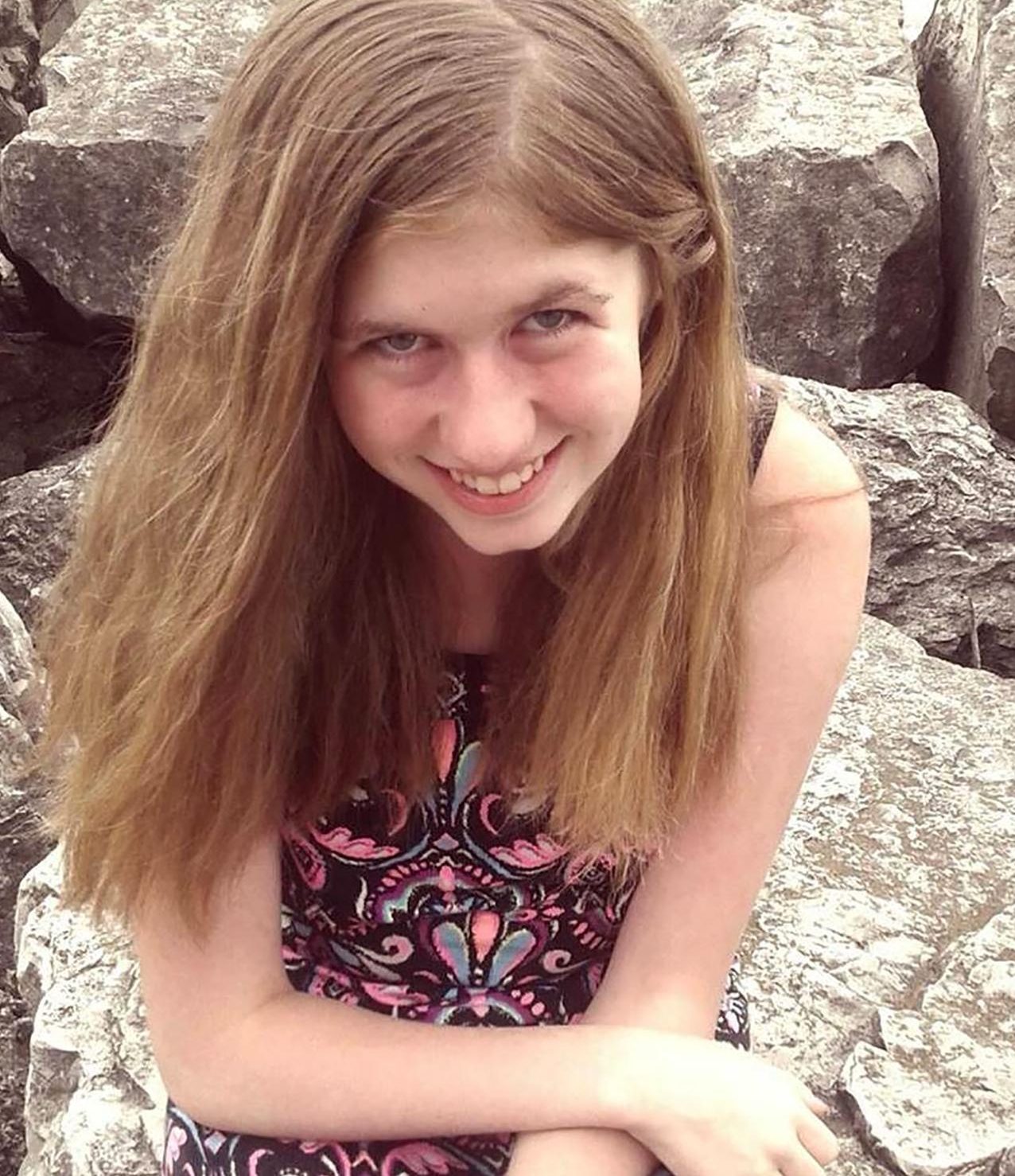 Peter said: "It was like I was seeing a ghost. My jaw just went to the floor."

Last night her emotional family were reunited with Jayme.

Sue Allard, Jayme's aunt, told reporters she could barely express her joy after learning the news.

"It's the news we've been waiting on for three months. I can't wait to get my arms around her. I just can't wait."

The Sheriff's department previously posted on its Facebook page: "We could not have endured this case without the support of the public and I want to thank them for all the support and help. 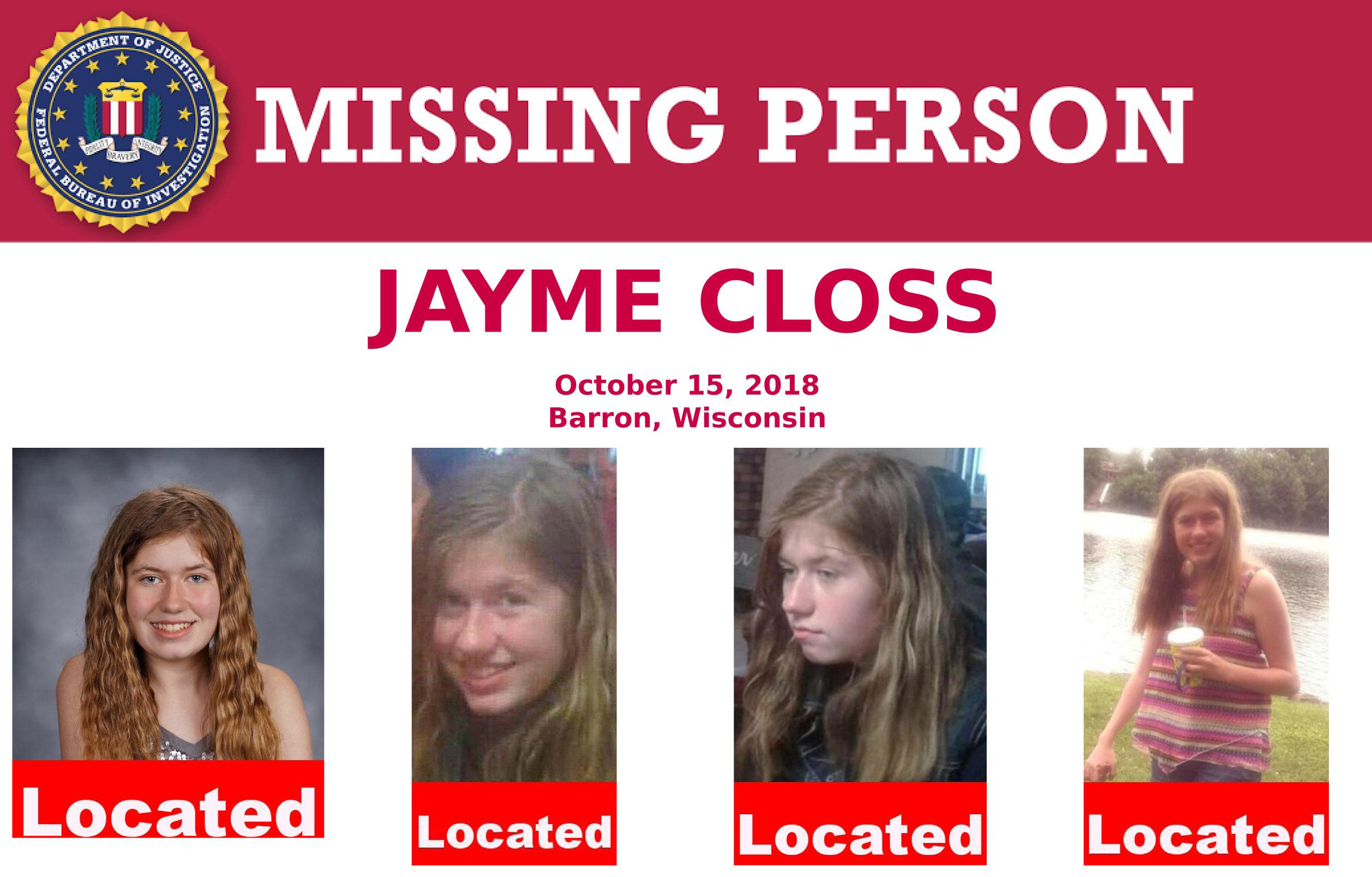 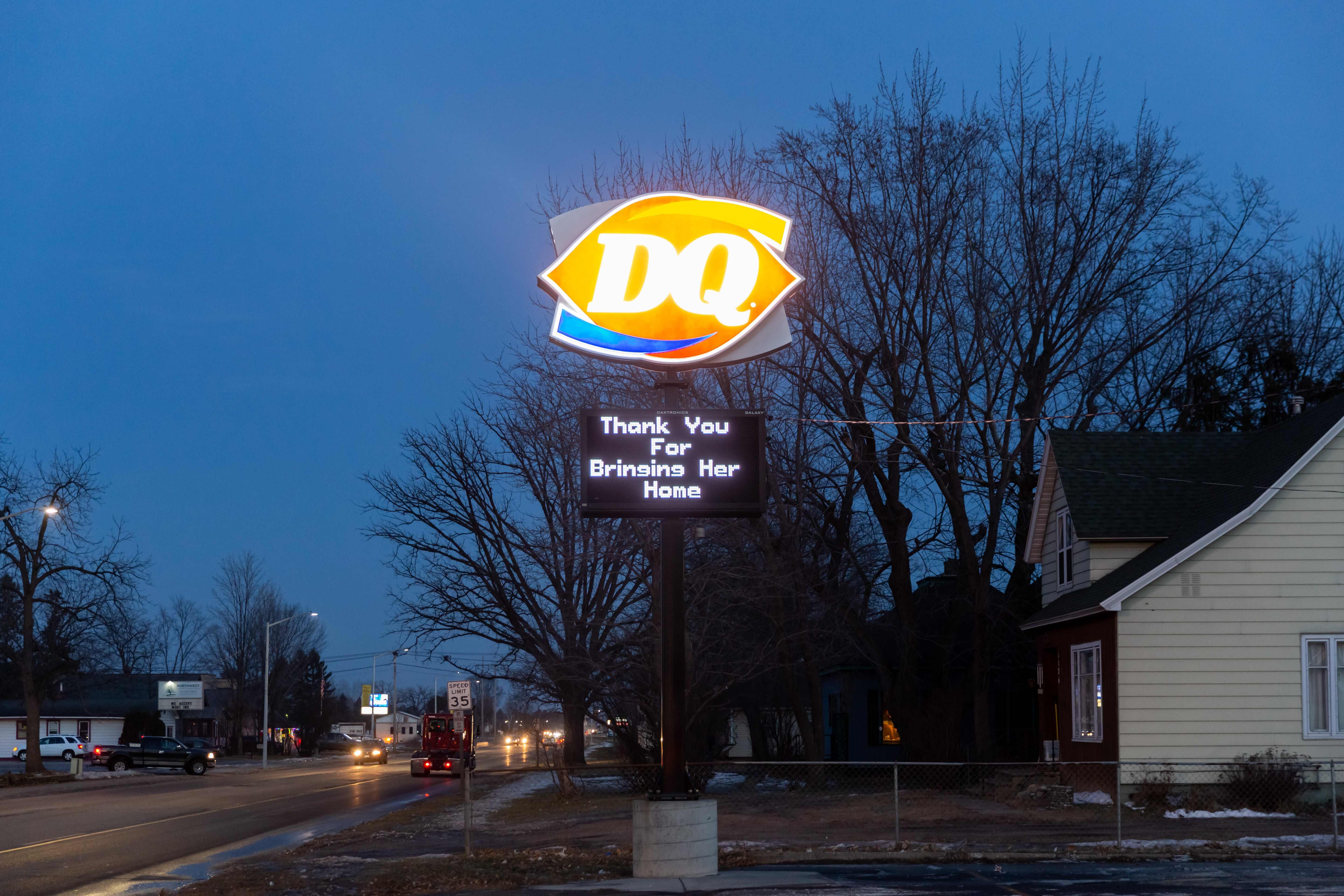 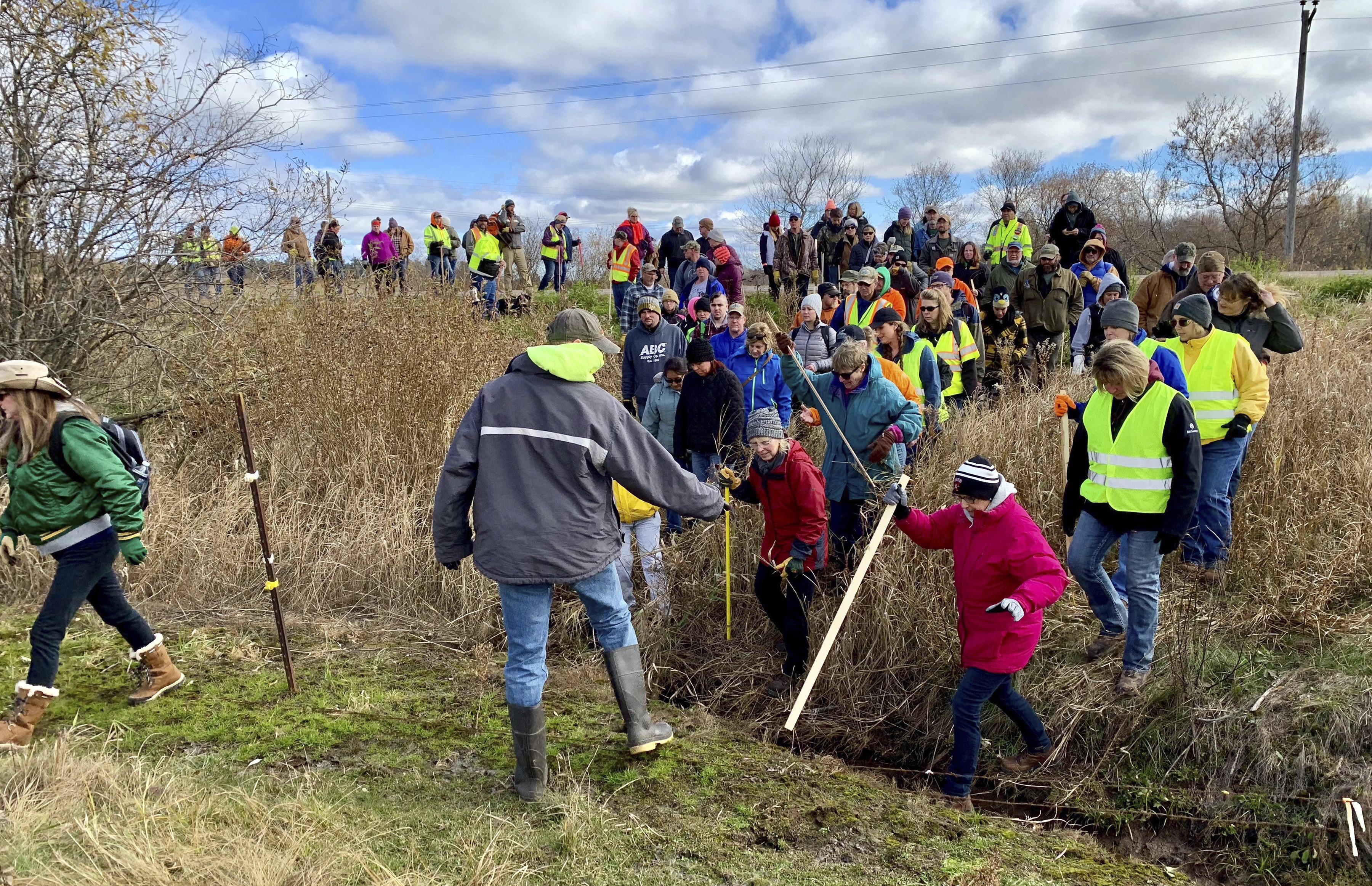 Detectives pursued thousands of tips, watched dozens of surveillance videos and conducted numerous searches in the effort to find Jayme.

Some tips led officials to recruit 2,000 volunteers for a massive ground search on October 23 but it yielded no clues.

Sheriff Chris Fitzgerald said at the time: "I have a gut feeling she's still alive. I've always been a glass half-full kind of guy."

Jayme's grandfather, Robert Naiberg, told the Minneapolis Star Tribune yesterday that Jayme was being treated at a hospital.

She was later released in good health and is being interviewed by law enforcement.

It is not clear if she was abused by her alleged captor.

Town Chairman Denny Kline said: "A lot of people were very concerned, did a lot of praying.

"Prayers were answered, for finding her, anyway."

Mayor Ron Fladten added: "She's no doubt been through just a terrible ordeal.

"I think everybody wishes her a good recovery and a happy life going into the future."

The notification that Jayme had been found came just four hours after Fitzgerald had taken to Twitter to debunk a report that she had been found alive near Walworth County.