JK Rowling’s husband labels her ex-PA a liar ‘after she spent nearly £24,000 on HERSELF using Harry Potter author’s credit card’ 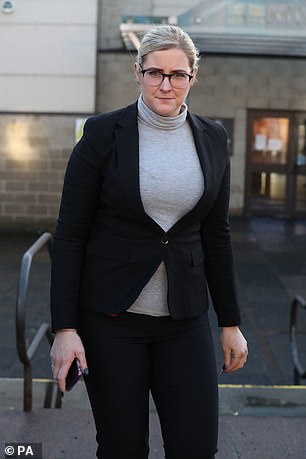 Amanda Donaldson (pictured) is accused of benefiting to the value of £23,696.32 using her boss’s card

JK Rowling’s husband has branded his wife’s former personal assistant a ‘liar’ and accused her of ‘stealing from sick and dying children’ amid claims she wrongly spent thousands of pounds on shopping sprees for luxury items.

Dr Neil Murray, 47, said he investigated Amanda Donaldson over claims she wrongly used a credit card for personal use.

Rowling claims Donaldson wrongly benefited to a value of £23,696.32 by spending on a company card and taking Harry Potter merchandise.

The 53-year-old Harry Potter author is using her married name Joanne Murray in the civil action at Airdrie Sheriff Court.

Donaldson, 35, of Coatbridge, Lanarkshire, worked for Rowling as a personal assistant between February 2014 and April 2017 before she was sacked for gross misconduct.

She has denied the claims and said Rowling has ‘not suffered any loss and is not entitled to damages’ from her.

‘She has consistently denied all of it and she continues to deny all of it. I feel it is a matter of principle here.

‘I firmly believe she has stolen a lot from us. I feel we have a duty to bring this to some kind of conclusion. If this was a small business, it could destroy that business.

‘Not only has she denied it, she has sought to blame her colleagues and others as we have gone through this process.’

He added that his wife’s accountant, Stephen Simou, had approached him over allegations Donaldson had falsely claimed she paid a £400 deposit for a booking at the Michelin-starred Castle Terrace restaurant in Edinburgh.

He said he spoke to Donaldson after discussing the situation with his wife.

He said: ‘I believe my wife sat down with Amanda and explained exactly what the business card was to be used for. 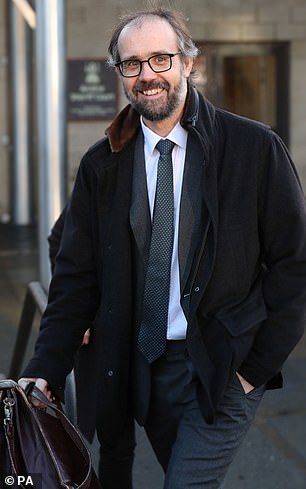 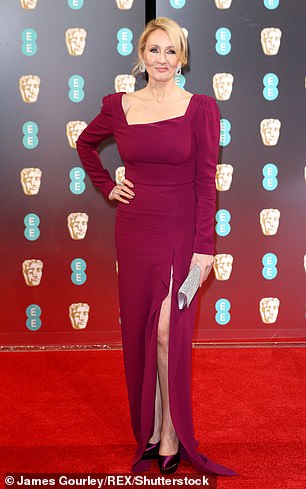 Mr Murray (pictured, left) says that his wife, Harry Potter author JK Rowling (right) told the assistant precisely what the card could be used for

‘All our staff with the exception of Amanda knew what the card was to be used for.

‘In these statements there are dozens if not hundreds of entries where Amanda has used the card to purchase things for herself.

‘I was first sent an email by Stephen saying he wanted to meet with me to discuss her card statements and when we met he raised serious and significant concerns that he and his team had because they couldn’t get Amanda to account for a couple of items over the Christmas period and she was failing to account for them.

‘He had gone through and there were two cash withdrawals taken out for the Christmas lunch and she had not submitted receipts for these.

‘He gave me a full picture and I discussed it with my wife and our employment lawyer who said we had grounds to suspend her.’

Mr Murray told how he had met with Donaldson to discuss the claims but had been left astonished at her attitude. 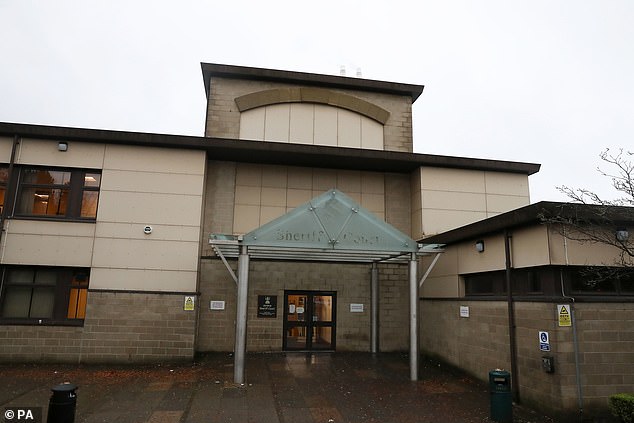 He added: ‘It was an astonishing meeting I had with Amanda about it because I had known Amanda for three years and she always adopted this persona of being quite lively, bubbly.

‘I assumed she would be immediately running round the office to look for these papers to explain and account for the spending.

‘What I found was a quite different personality that was presenting. She was completely calm, closed down and entirely focused.

‘She looked straight at me and blatantly lied about giving that money to the restaurant and lied about other things as well. I was really taken aback at how good at lying she was. 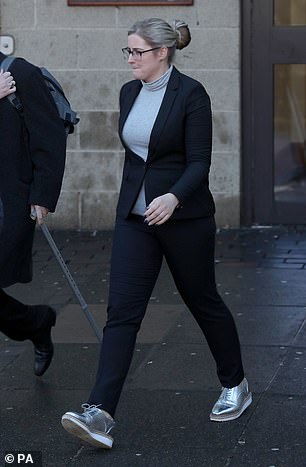 ‘I have personal experience of lying, I ran a methadone clinic and usually there are giveaway signs but she remained calm, her pupils didn’t close and her cheeks didn’t flush, I was completely taken aback.

‘I said to her it was quite odd that the restaurant would ask for a cash deposit and she said ‘I thought that was quite odd too’ and then she repeated it when I asked her again.’

Asked about claims Miss Donaldson had spent more than £3,500 on Molton Brown hand soap Mr Murray said: ‘There is absolutely no way we would use that.

‘These are fairly expensive soap products and if you are spending nearly £4,000 you are looking at 200 bottles of soap and there is no way that would be needed in the office.

‘It looks like these were bought by Amanda for Amanda and I don’t know what she did with it, whether she sold them to friends and family.’

Mr Simou, 53, had earlier told the hearing he believed Donaldson had spent even more money than the case had detailed.

He said he also queried Donaldson about the restaurant booking and believed she had faked emails from the upmarket eaterie.

He said: ‘I didn’t believe it was genuine but I rang their reception manager and she said she hadn’t sent it and when she said that it confirmed my suspicions and clearly the £400 was not for a deposit for Castle Terrace.

‘The only conclusion is that that email was forwarded by Amanda Donaldson and amended to make it look like it came from someone else, she had typed over and added words. That was a fraudulent email.’

She is also claiming Donaldson claimed £107 for a refund from department store John Lewis for a Lego set.

Rowling also claims Donaldson, who controlled memorabilia requests from fans, used her position to steal Harry Potter Motorised Hogwarts Express worth £467.56, a Harry Potter Wizard Collection worth £2231.76 and a Harry Potter Tales of Beedle The Bard Set worth £395.

She also alleges Donaldson took a Harry Potter Monster Book of Monsters worth £47, two Harry Potter Crystal Ornaments valued at £48 and Harry Potter Pin Badges worth £24. Rowling says the toys were taken with her ‘knowledge or consent’.

It is claimed Donaldson bought two cats worth £1,200 and also removed £7,742 of foreign money from a safe.

She claims Donaldson deceived her and ‘would not have settled business card payments or allowed access to safe or Harry Potter merchandise without having been deceived’ and says Donaldson has refused or delayed making payment. The case before Sheriff Derek O’Carroll continues.