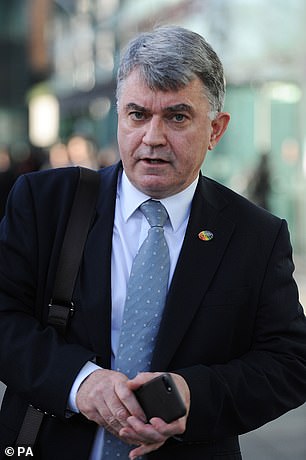 RMT Union chief Mick Cash, pictured, said there had been ‘an explosion of violent crime and sexual offences’ across the London Underground network

Workers on parts of London Underground have voted for industrial action over claims they face increased levels of violence and anti-social behaviour.

Members of the Rail, Maritime and Transport union on the eastern end of the District Line will only work from a place of safety from the end of the month when lone-working and will not attend incidents on trains by themselves.

The union said a female member of staff was attacked in her office by a passenger and others have been threatened.

RMT general secretary Mick Cash said: ‘There has been an explosion of violent crime and sexual offences across the network and our members are bearing the brunt of it, particularly on the District Line.’

According to the RMT, the industrial action will begin on Friday, September 27 from 00:01 until further notice.

Almost 95 per cent of members voted in favour of the industrial action.

Mr Cash added: ‘It is clear that violent crime is spiralling out of control as staffing levels are hacked back to the bare bones in the drive for profit-driven cuts.

‘‎RMT has warned repeatedly that the all-out drive towards an automated and faceless Tube would turn our trains and stations into a criminals paradise and those who have ignored those warnings should act now before more serious injuries or worse occurs on the Tube.’

A Transport for London spokesman said: ‘Our staff work hard to assist our customers and keep London moving. They deserve to go about their day without fear or intimidation, in safety.

‘We have met with the RMT to reiterate our commitment to ensuring the safety of our staff and outline the steps we have taken to address their feedback.

‘We will continue to engage with them to ensure all staff feel safe and secure while performing their duties.’ 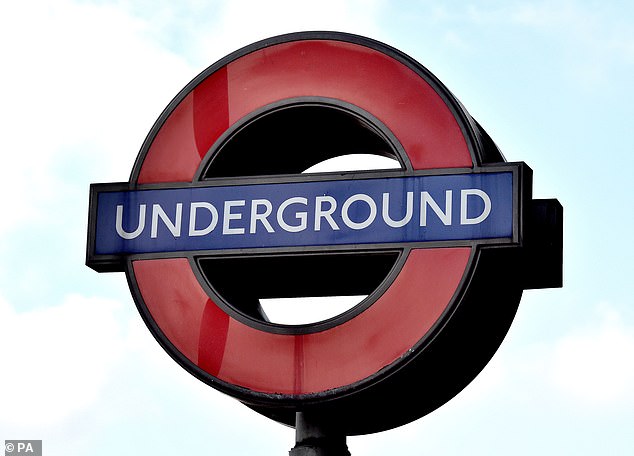