Around 2.8million people are expected to hit the roads on "Frantic Friday" for the Christmas getaway. 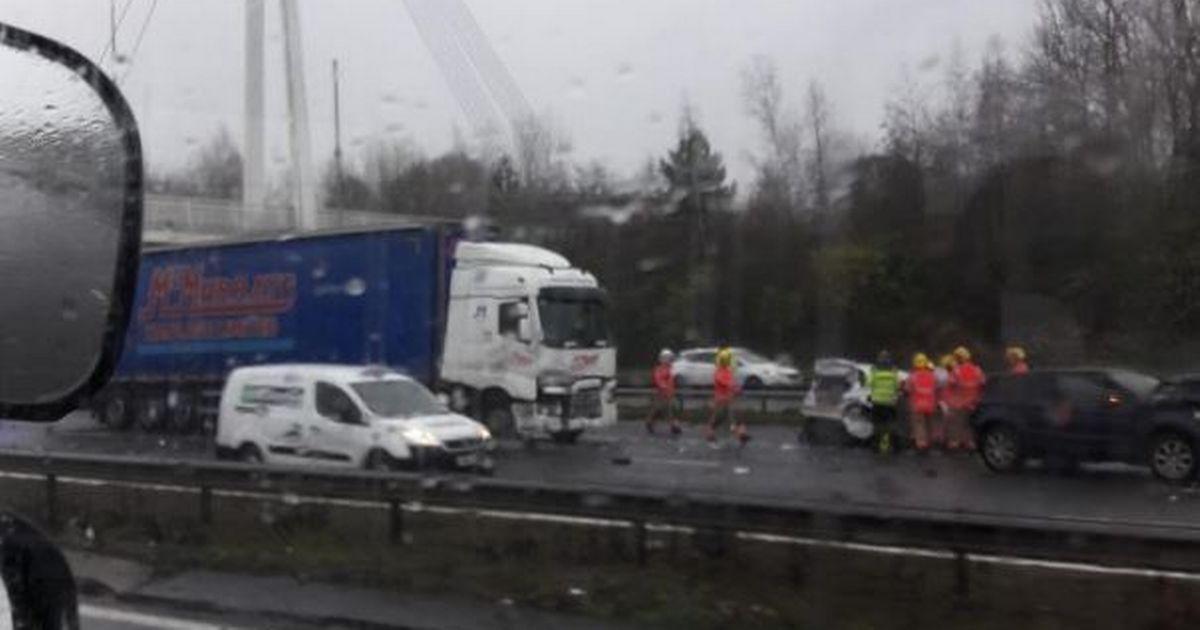 The crash on the M60 happened close to junction 7 near Stretford, Manchester just after 9am and the motorway was temporarily shut between junctions 6 and 8.

Four people suffered minor injuries and one motorist, in his mid-fifties, sustained a serious head injury after being trapped in his vehicle.

He has been taken to hospital.

Drivers are being warned to expect delays today of up to three hours on some routes – with the worst time expected to be 11.30am to 6pm, and the advice being to travel after 7.30pm. 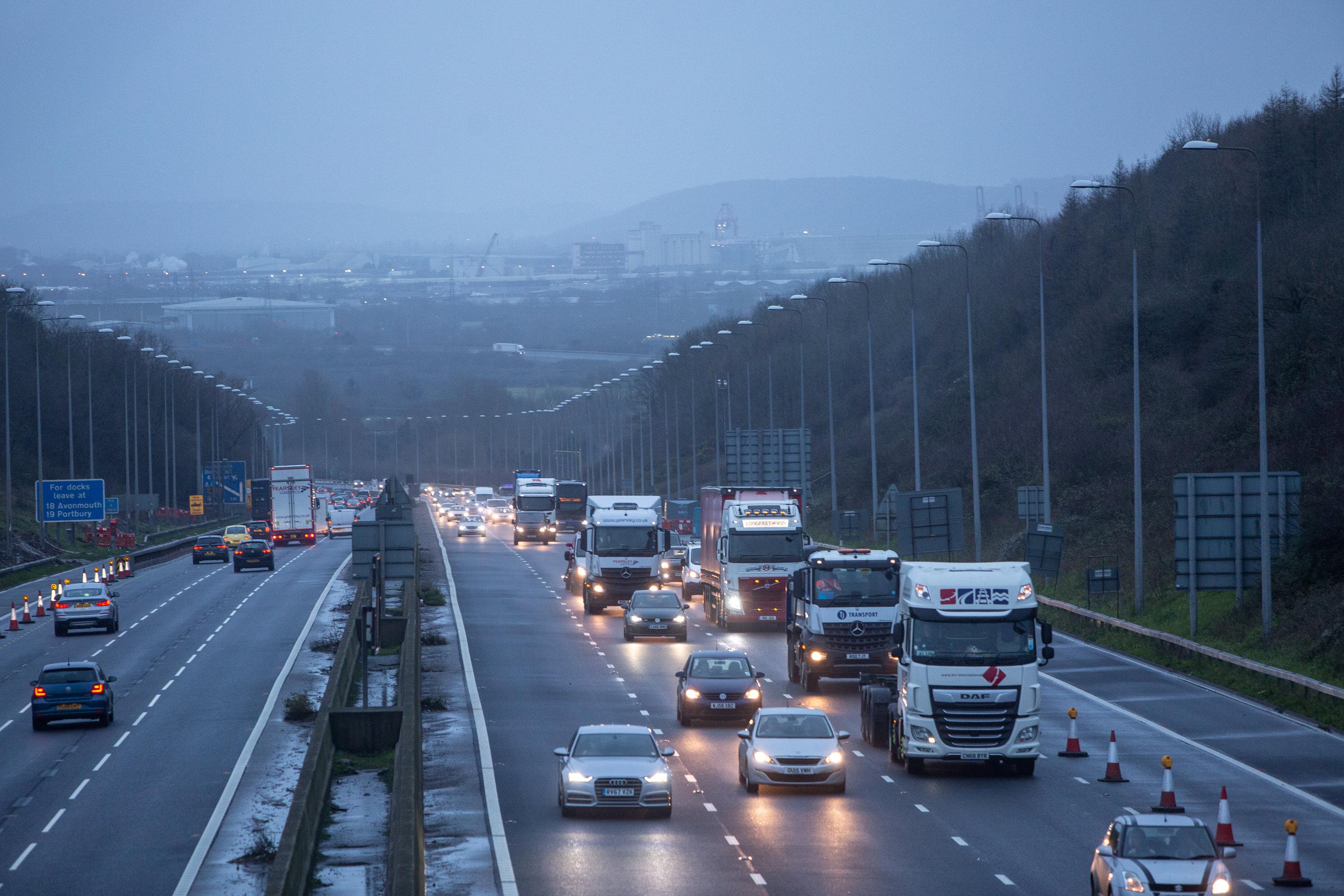 Trains will be busier than normal as passengers complete journeys before some tracks are shut down for Christmas engineering work.

Some 59 per cent of UK drivers will take to main roads or motorways today, according to an AA poll of 20,000 motorists.

The breakdown recovery firm warned of queues on major routes and urged people to check traffic reports before setting off. 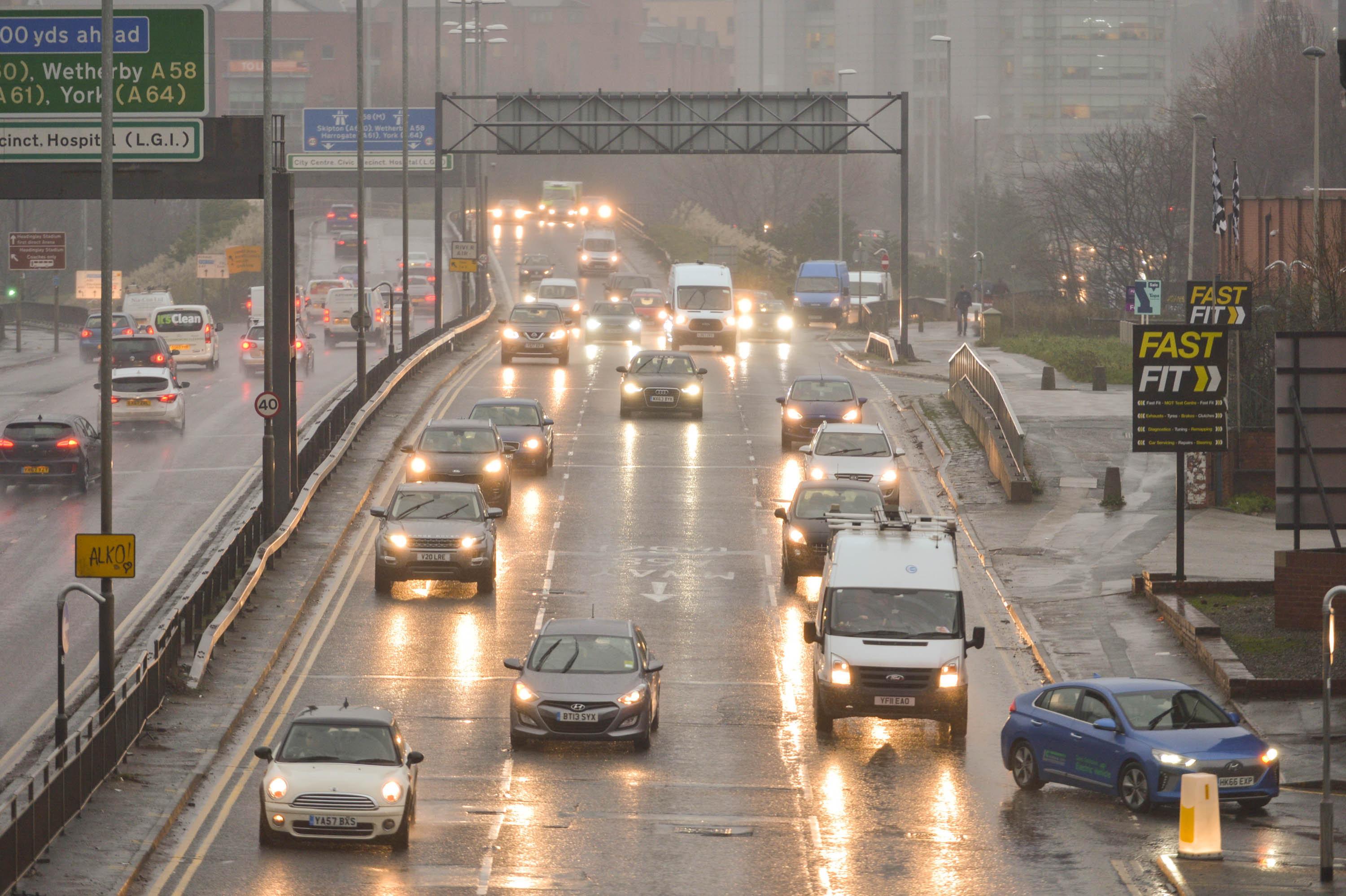 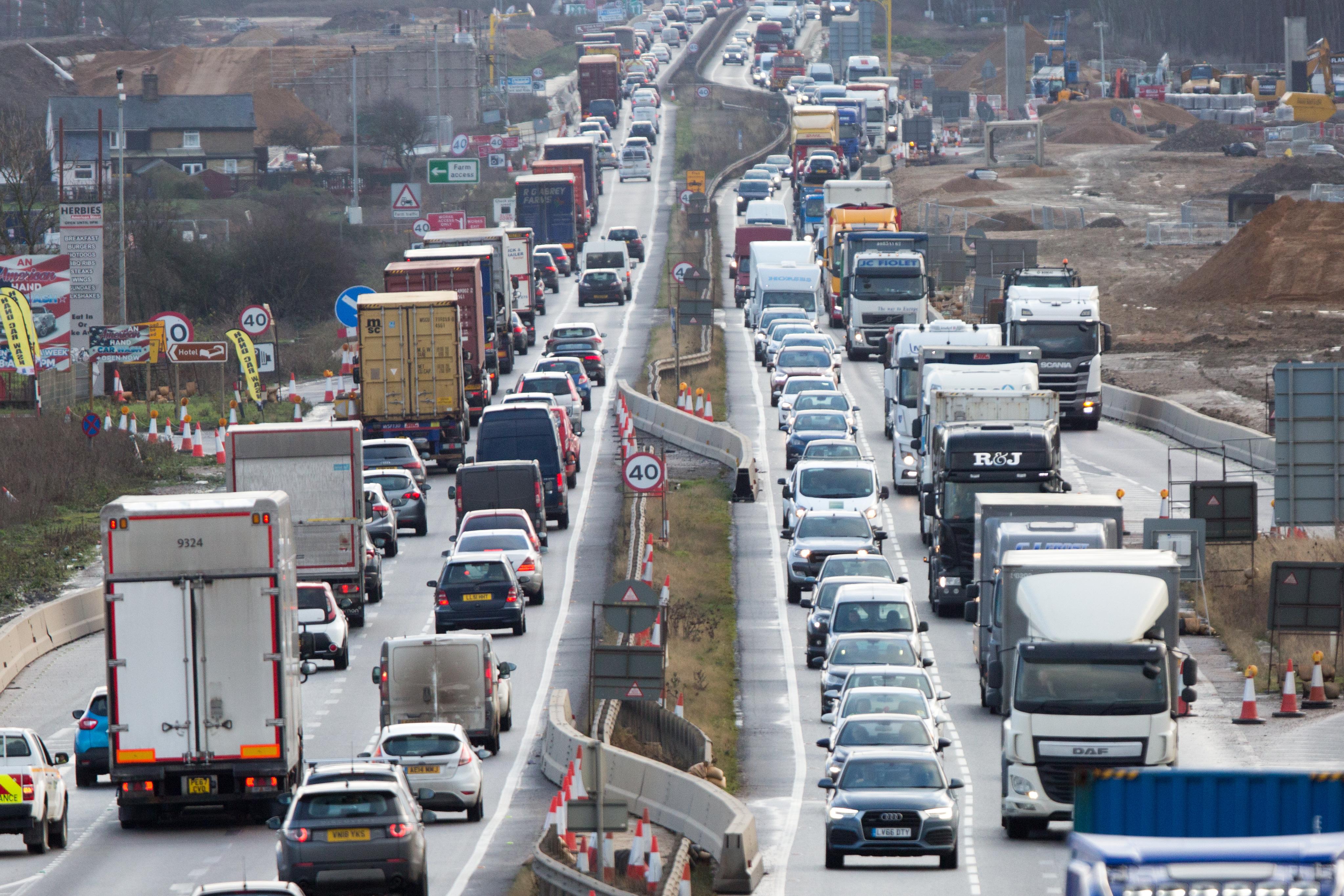 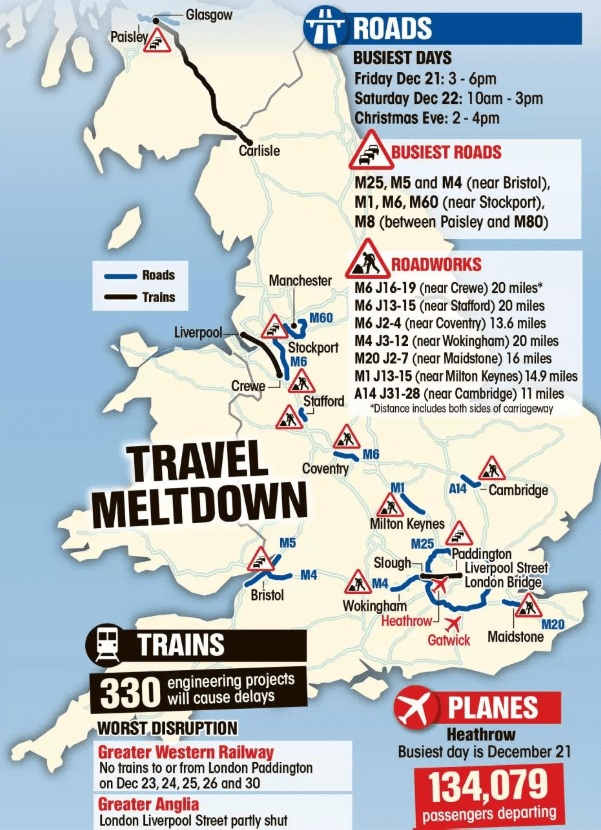 Drivers travelling on the southbound M40 from the M42 (Warwickshire) to Junction 8A (Oxford) should expect delays of up to two hours.

The RAC's Mark Souster urged motorists to carry out basic checks on their cars – such as oil, coolant and screenwash levels and tyre condition – before setting off.

He said: "It's vitally important every driver planning a trip gives their car a once-over to make sure it's up to the job.

"A single breakdown can bring some roads to a grinding halt, slowing down the Christmas getaway for all of us." 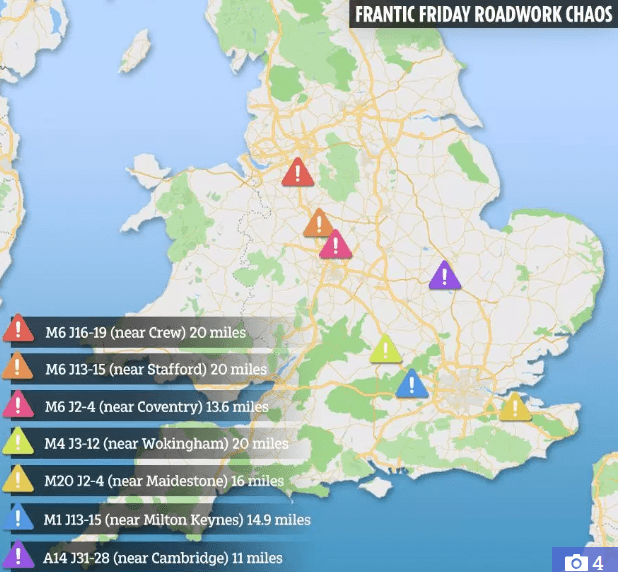 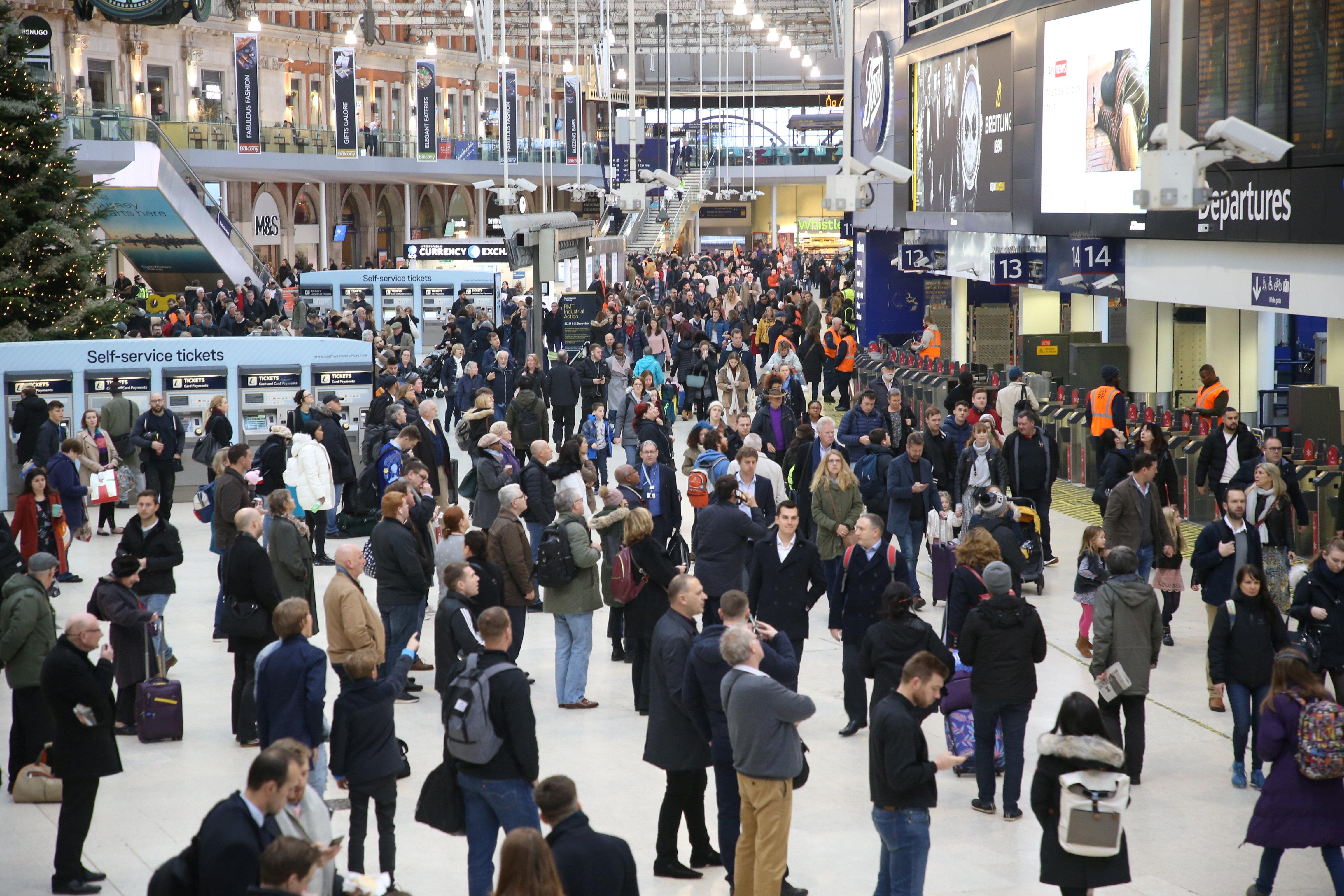 Planned engineering work to the rail network are forcing more people onto the roads over the festive period.

Strikes are likely to affect routes run by Northern Rail and South Western Railway, while Network Rail is planning extensive engineering work on lines running into major stations such as London Paddington and London Victoria.

Travel trade organisation Abta expects more than 4.7 million people to head abroad from the UK between December 18 and January 2, with today the busiest travel day. 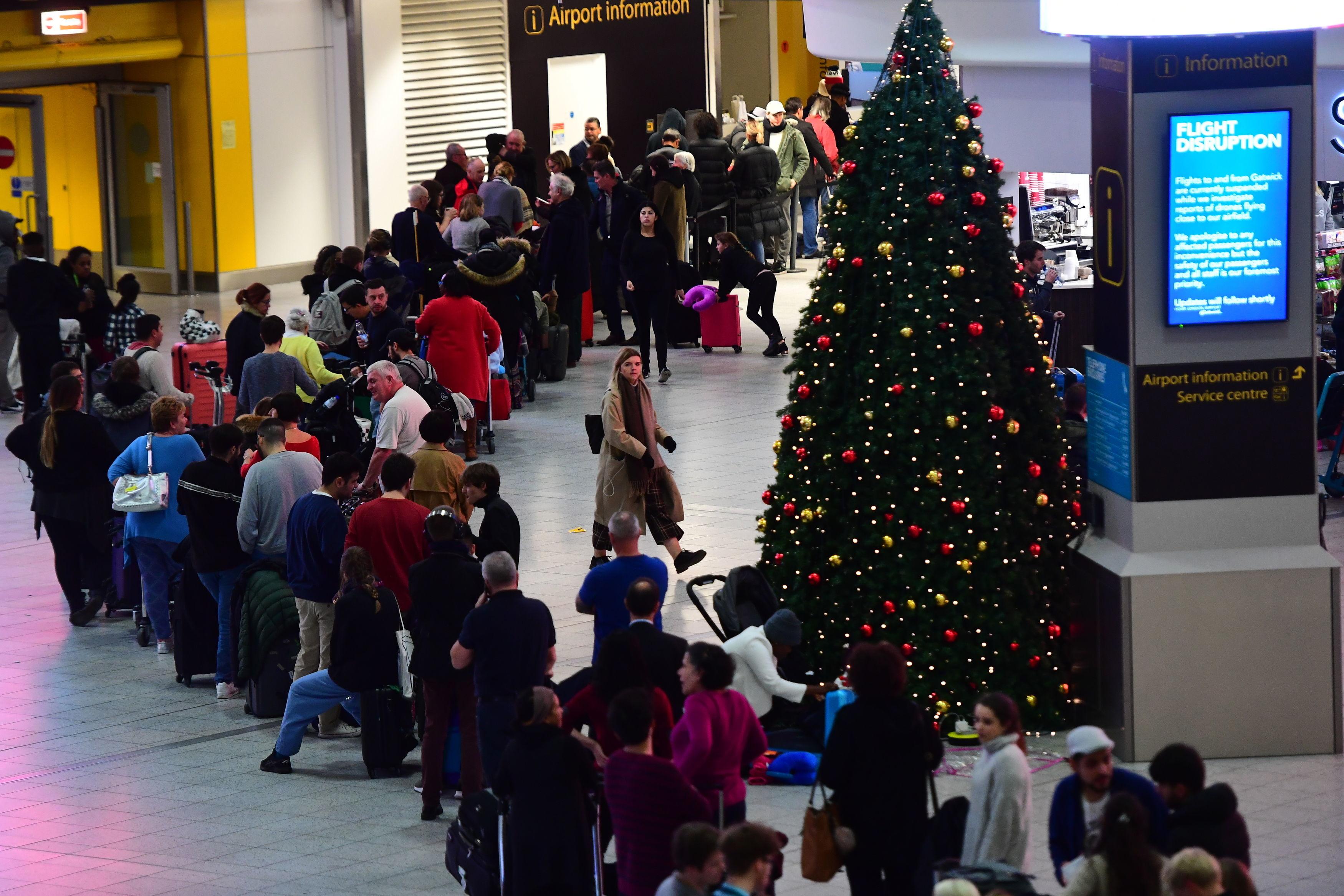 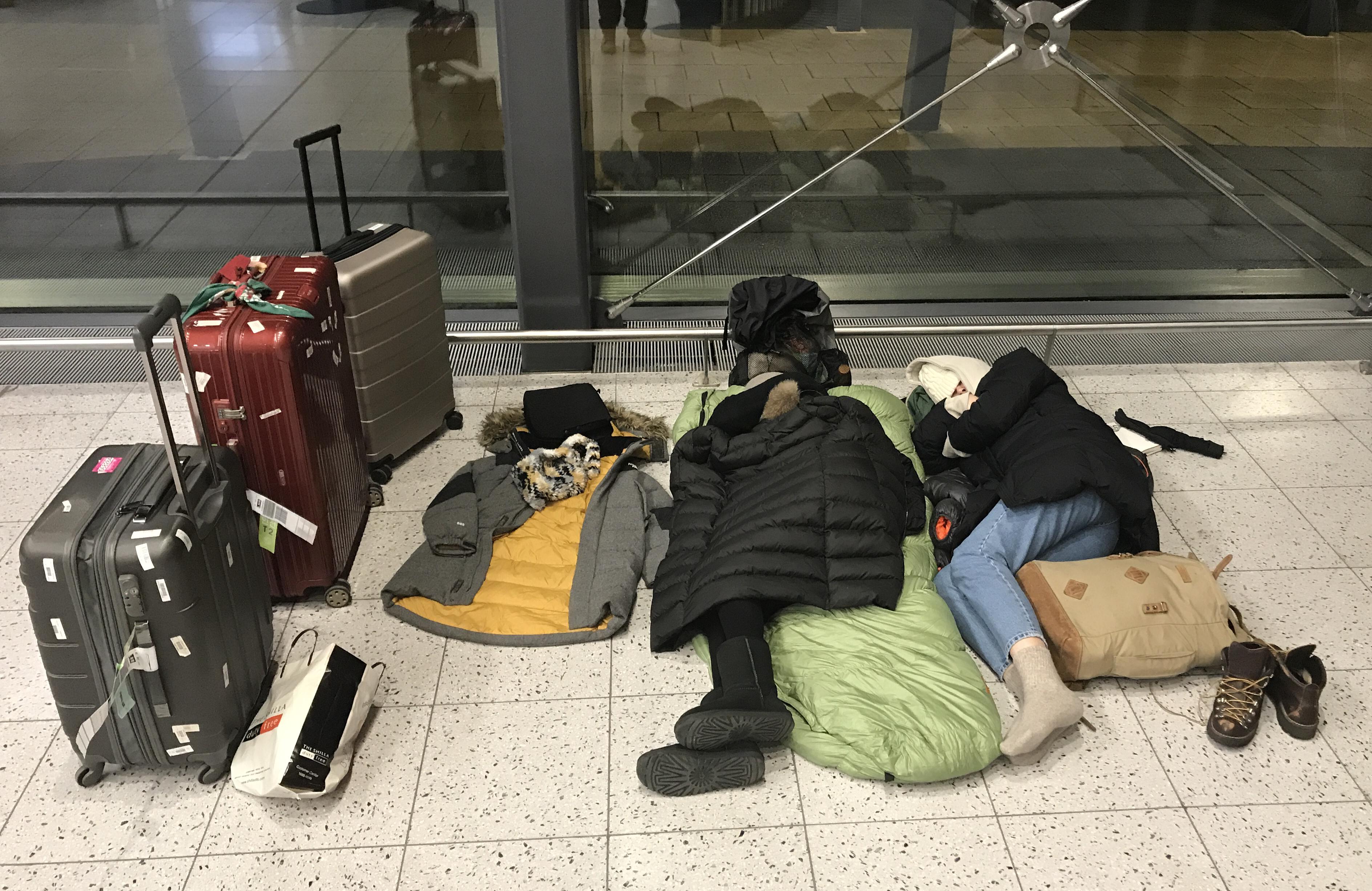 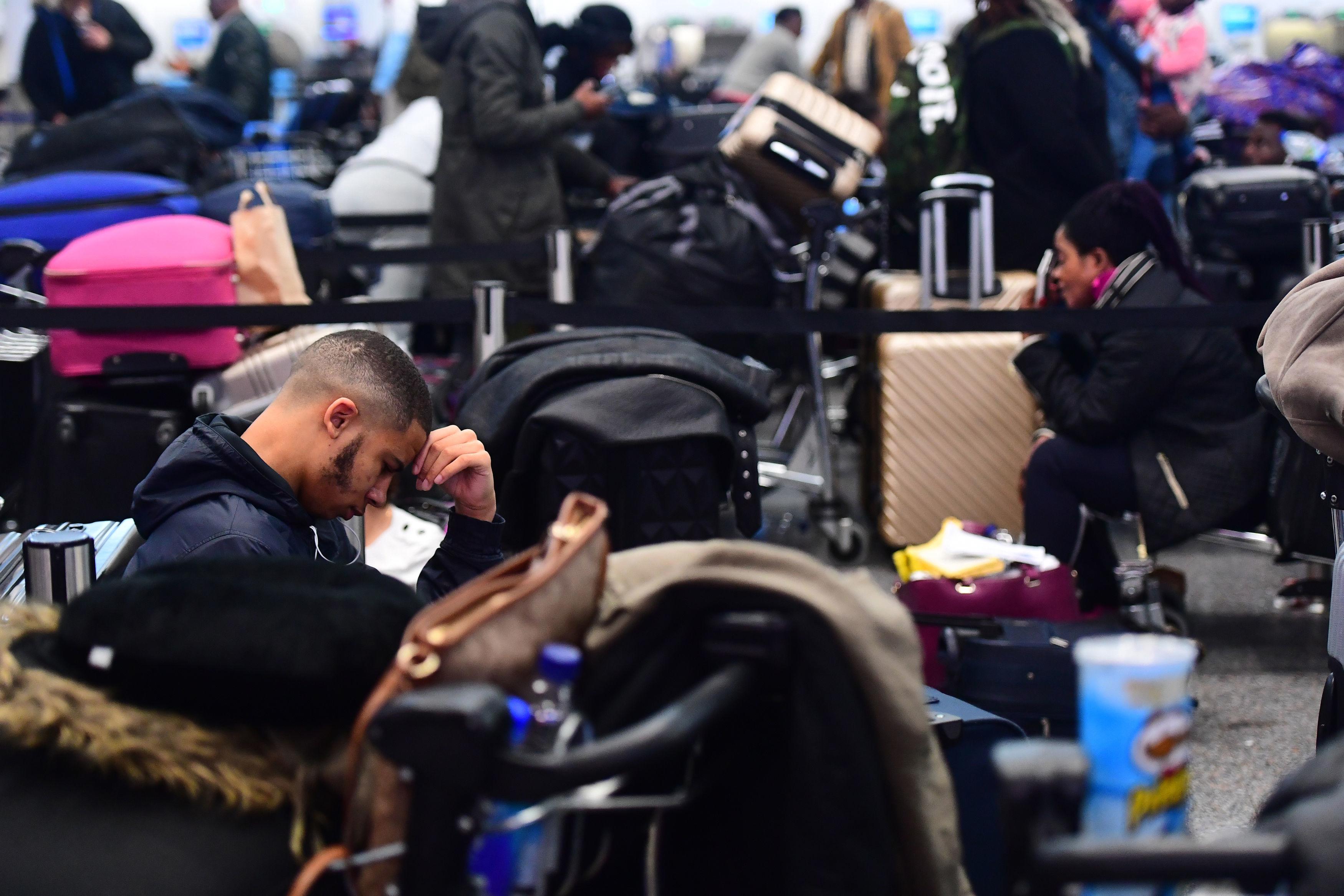 Meanwhile, early this morning, London Gatwick said the runway was "currently available" with "limited number of aircraft" scheduled for departure and arrival.

Flights in and out of the airport were suspended on Wednesday night, with the shutdown continuing throughout Thursday despite a brief reopening in the early hours.

The Army and police snipers were called in to hunt down the drones which flew near the airport every time it tried to reopen on Thursday.

After the biggest disruption at the airport since a volcanic ash cloud in 2010, Gatwick said its runway was open and that 700 planes were due to take off today but there would still be delays and cancellations.

The reopening comes despite no confirmation from police that a drone has been brought down or that there have been any arrests.

It's thought a further 80,000 passengers were hit by the knock-on effects.