‘Sat sobbing into my tea’: Man behind £50 Christmas ‘ad’ that broke nation’s heart has GMB viewers ‘in bits’ with ANOTHER tearjerker urging Britain to end loneliness this Christmas

The man behind a low budget festive film watched more than six-million times has had the nation in tears again after making another Christmas tearjerker.

Phil Beastall, from Gloucestershire said he was ‘completely overwhelmed’ by the response to ‘Love is a Gift’ as thousands said it was far better than those produced by giants like John Lewis.

The 32-year-old attracted so many fans with his £50 production he was called in to help Good Morning Britain promote their Christmas giving campaign.

The Million Minutes drive is asking the public to pledge time to people who are suffering from loneliness this Christmas.

The film begins with a woman being touched by a hand in bed, but when she turns around she is alone before showing a man and son playing in their garden, but seconds later the boy disappears.

An elderly man picks up two cups in the next scene, before remembering he is alone and placing one back before a father turns to his wife to smile at their excited children under the tree – to find only a photograph of her.

The clip then shows strangers visiting the people in the video, and talking to them about their loss – ending with the message ‘You can help end loneliness’.

Actor Peter Dean who features in the video revealed he has been writing letters to his children for them to read after his death.

He said:  ‘When they do anything nice or good – they most likely forgot – I haven’t

‘Time is the greatest gift you can give and we haven’t got enough of it.

‘I got a tree indoors with no decorations but it has little statues and it’s all the names of people we’re lost.’

Mr Beastall’s original film showed a young man counting down the days to Christmas on a calendar.

It is unclear what he is waiting for as he lays awake at night.

Finally, the day comes and he unwraps a box of tapes – which are from his dead mother.

The short filmed was praised as ‘breathtaking’ as those who have lost loved ones broke down in tears watching it.

Now, Mr Beastall has been asked to collaborate with GMB to help fight festive loneliness.

He said: ‘It’s been incredible. I thought people would watch in the local community

‘With all of us we’ve grown this thick exterior where we go out to the world and battle it and under it all we have a soft core and we want to be loved.’

Former Eastenders actor John Partridge who lost his mother to Alzheimer’s last year was visibly moved by the film.

He said:  ‘It’s funny isn’t it because we’re talking about time and time is a healer

‘This is the second Christmas now and I can look back and think fondly. Sometimes you don’t want to talk to the people closest to you.

‘We are an incredibly generous country. We give millions of pounds. Time is something we all have and we can all give.

‘Loneliness leads to depression which leads to Alzheimer’s

‘I know that contributed to my mum’s condition.’ 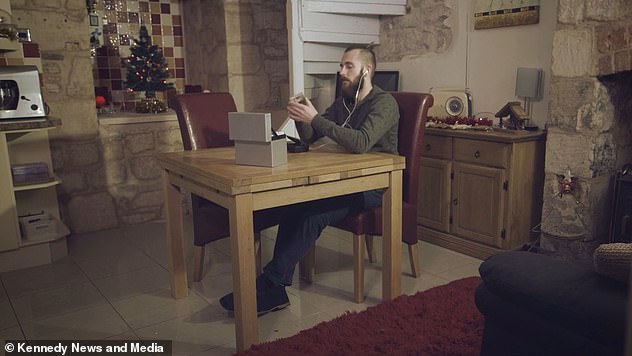 The short film racked up more than 5m views on Facebook this week after its creator, Phil Beastall, posted it in response to the store’s big-budget production 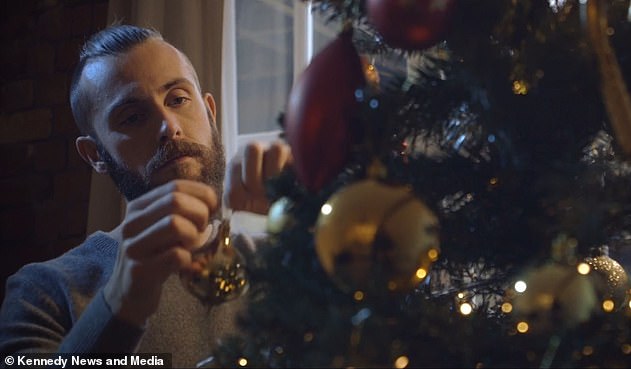 Fans of a tear-jerking Christmas viral video made for just £50 are calling for John Lewis to hire the budget filmmaker for their next festive advert. Above, a scene from the ad, which is called Love is a Gift. (Above, actor Chris Ilston)

Maria Whitehouse said on Twitter: ‘I couldn’t watch this amazing film without crying.

‘Grief is one of the hardest things we face in life.  Hugs to anyone who’s missing someone special this Christmas.’

Margaret Holman said: ‘This film had me in tears this morning, very moving.’

Francesca Taylor added: ‘Am in bits. My dad died 5 years ago and it doesn’t get any easier. A wonderful film highlighting grief and Lonlieness. Well done x’