Attorneys for former Donald Trump lawyer Michael Cohen make a direct reference to ‘extramarital affairs of a presidential candidate’ as they make their pitch for leniency in sentencing and invoke boldface names as the plead for keeping him out of jail.

The lawyers Guy Petrillo and Amy Lester, assembled a detailed legal argument for why Cohen should remain free, and attribute some of his crimes to ‘fierce loyalty’ to ‘Client-1’ – Trump.

‘The facts and circumstances surrounding this case are unique and unprecedented, involving, among other things, the former personal attorney to the sitting President, campaign finance violations centered on extramarital affairs of a presidential candidate, and congressional testimony in an exceptionally heated political environment,’ they write. 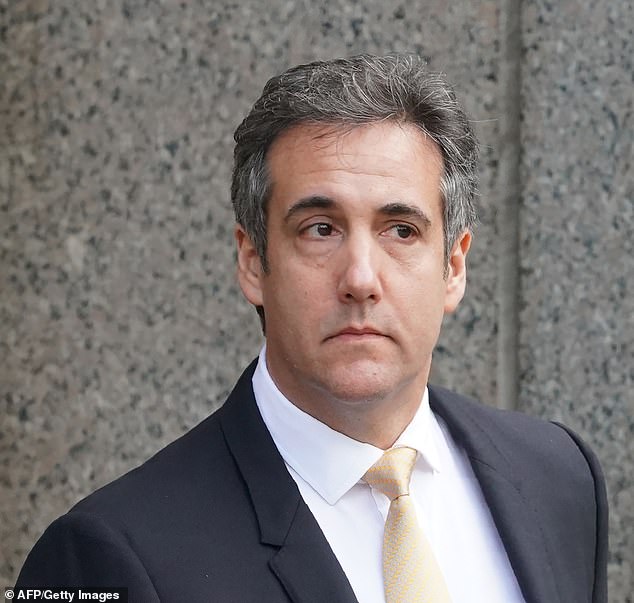 They argue that Cohen may have been selected for prosecution to ‘set an example’ – but then note several times when a ‘well-known public figure’ got the benefit of ‘administrative, not criminal, action.’ 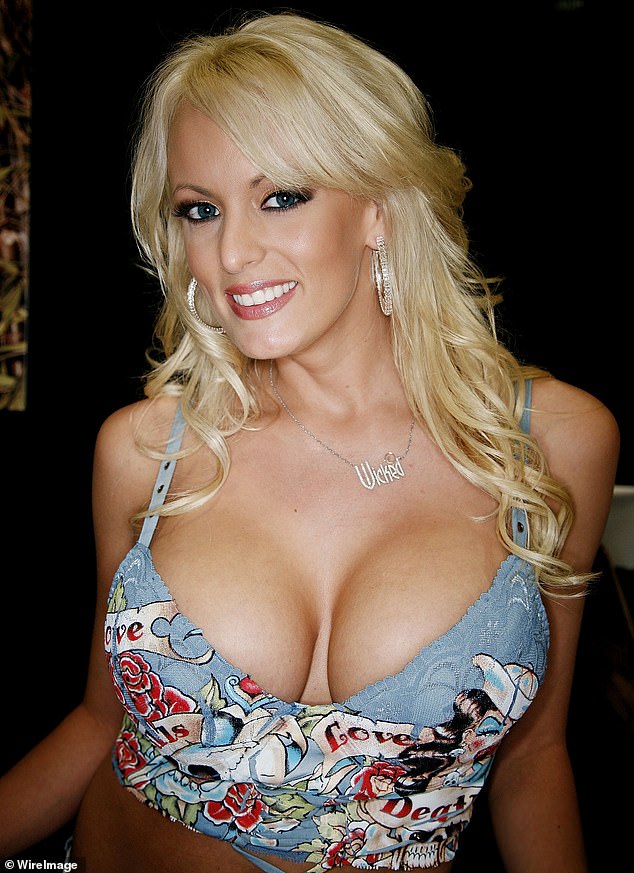 The case involved ‘the former personal attorney to the sitting President, campaign finance violations centered on extramarital affairs of a presidential candidate’ and congressional testimony, the lawyers say

‘Given the absence in the offense conduct of any aggravating facts and circumstances, we respectfully submit that the disparity in treatment that brings Michael before this Court on criminal tax evasion charges while so many others are pursued non-criminally for conduct similar to or more sophisticated than present here, should be considered by the Court in fashioning an appropriate sentence,’ the lawyers write. 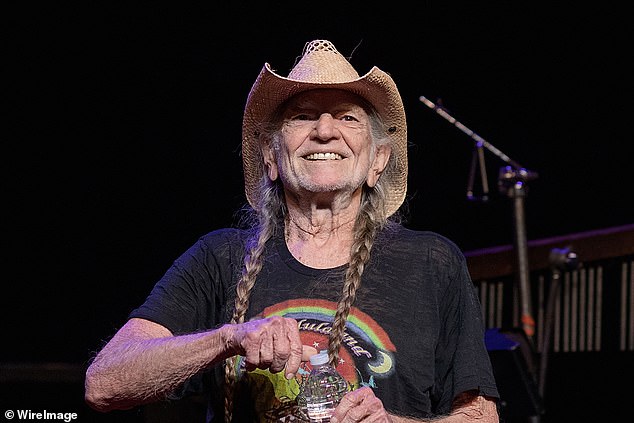 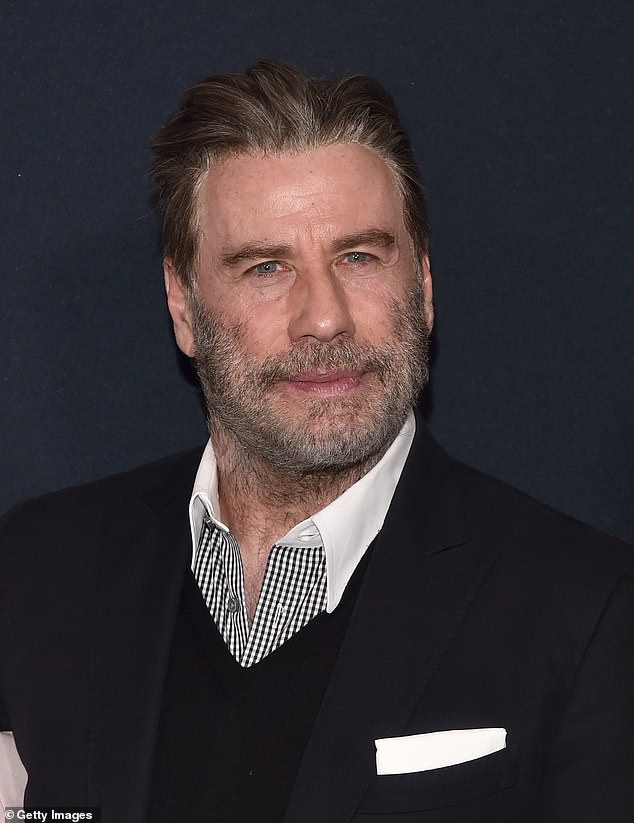 Cohen’s lawyers write that actor John Travolta paid $607,000 in back taxes but avoided criminal charges and penalties. They make the case that their client Cohen may have been selected for prosecution to ‘set an example’ 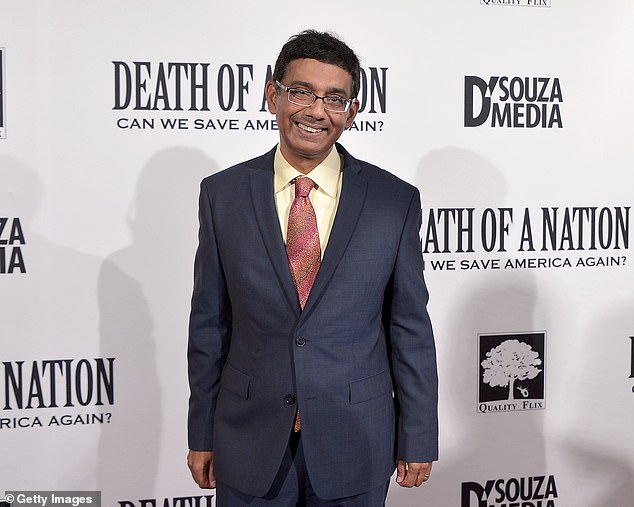 The lawyers compare Cohen’s case to the use of ‘straw donors’ by other offenders. They name conservative Dinesh D’Souza, without noting he got a Trump pardon 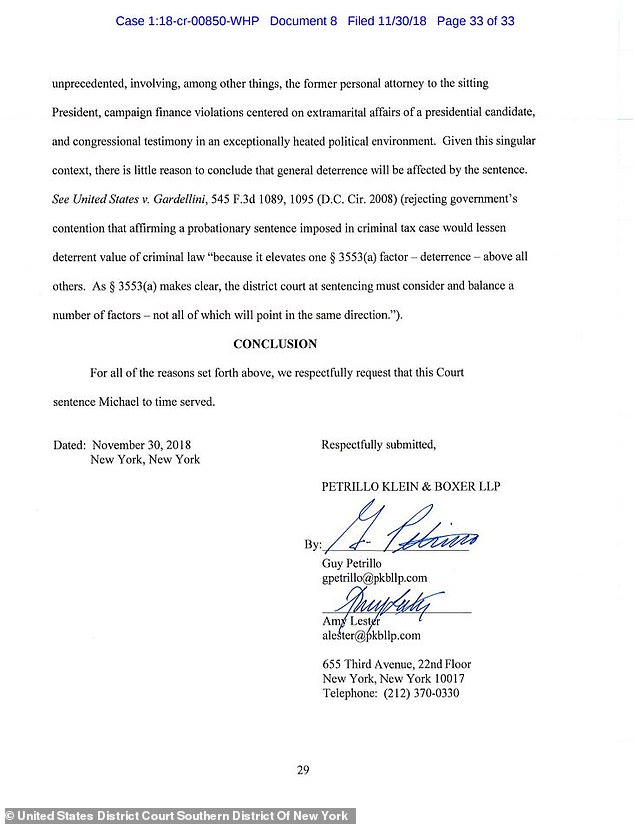 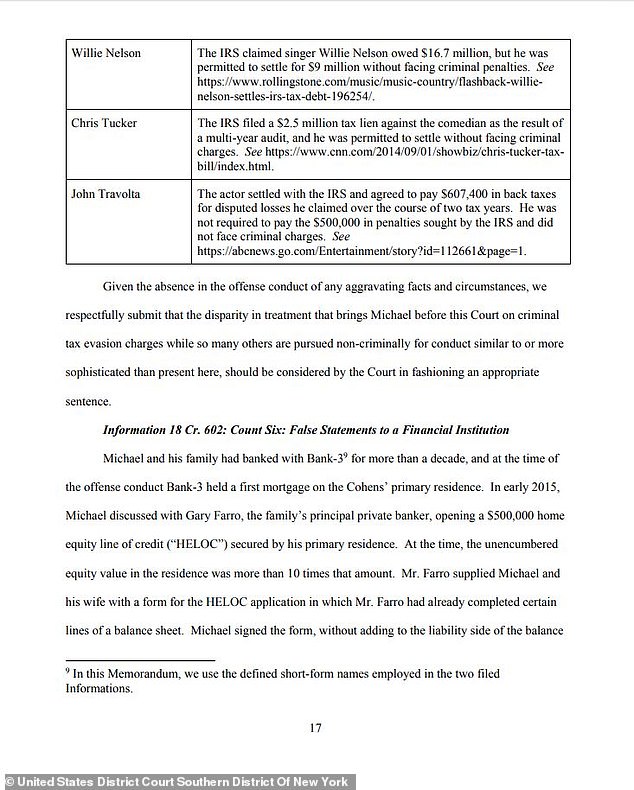 ‘In this sense, Michael’s conduct was different in kind from recent campaign finance charges brought before this Court, in which the charged individuals used straw donors to make illegal campaign contributions,’ they write. Then they cite ‘United States v. Dinesh D’Souza, 14 Cr. 34 (RMB) (defendant sentenced to five years’ probation for using straw donors to contribute to Republican Senate candidate’s campaign).’

The lawyers don’t mention that President Trump pardoned D’Souza, who had pleaded guilty to making illegal campaign contributions, having reimbursed people for contributions.

The filing on behalf of Cohen, which preceded Trump calling him ‘weak’ and saying he deserved to serve a full sentence, noted he participated in seven voluntary interviews with the special counsel. He also met with prosecutors for the Southern District of New York as well as the New York attorney general’s office – concerning a ‘state court action’ involving the Trump Foundation, as well as with the state Department of Taxation and Finance.

‘Michael regrets that his vigor in promoting Client-1’s interests in the heat of political battle led him to abandon good judgment and cross legal lines,’ his lawyers wrote.

In references to the Stormy Daniels case, they say Cohen ‘felt obligated to assist Client-1,’ and that he ‘kept his client contemporaneously informed and acted on his client’s instructions.’