Members of a moped gang who filmed each other pushing cyclists off their bicycles have been branded ‘petty thugs’ by a pro-cycling campaigner.

Videos showing men riding their mopeds alongside cyclists before knocking them over in London have been posted to Instagram.

One video, filmed in Sutton, southwest London, shows a cyclist in a reflective jacket falling over his handlebars before landing heavily in to a brick wall.

Another shows the bikers riding in convoy before panning out as one rider pulls alongside a cyclist near a set of traffic lights, The Times reported. 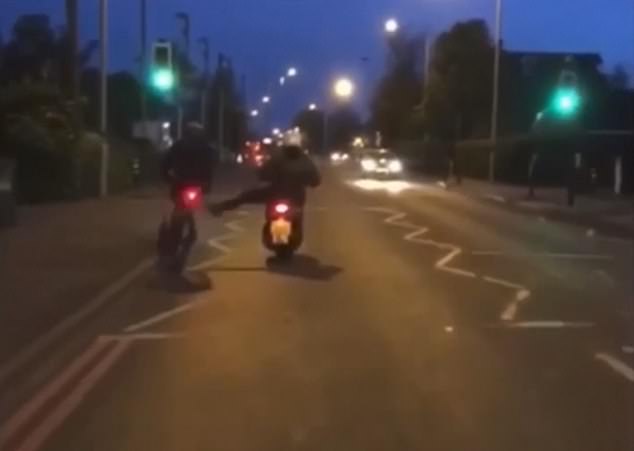 The biker kicks the bicycle and sends the cyclist crashing in to the road – putting his life in danger.

Posts to Instagram shows members of the moped gang posing with stolen motorbikes with captions including: ‘We be working while you’re sleeping’. 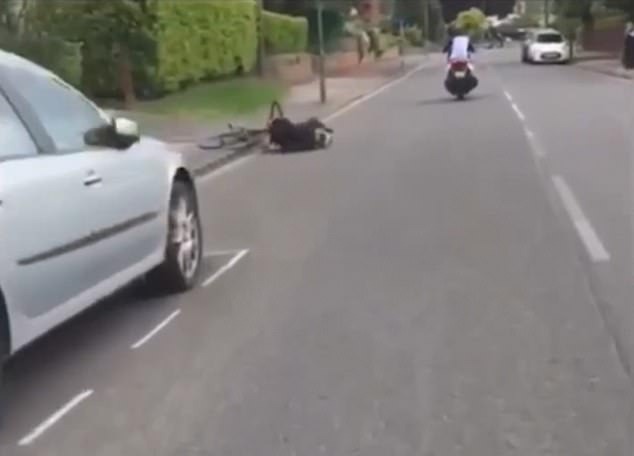 Paul Farrely, a Conservative MP and a member of the digital, culture, media and sport select committee said the videos were ‘utterly wrong’ and should not be on social media.

Police began using their cars to stop suspected criminals in November 2018, after the number of thieves using scooters to target pedestrians rose dramatically.

Chief Inspector Jim Corbett, from Operation Venice, which tackles moped and motorcycle crime, said: ‘The reduction in mopeds and motorcycles being used in crime is great to see, but we recognise we are not out of the woods.

‘Although we have seen reductions, we need to continue to work together with our partners and the public to reduce crime further and we are asking for the public to follow our Lock, Chain, Cover advice.’