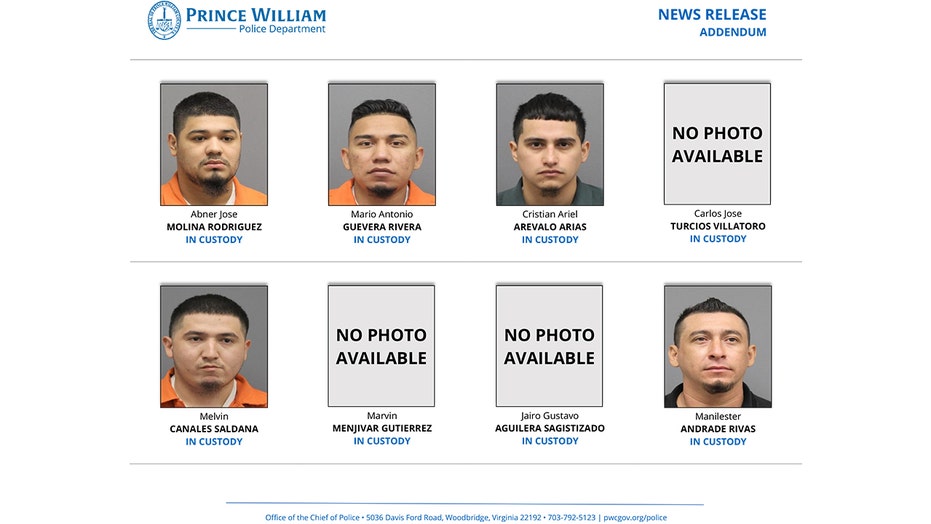 Four murder victims in Virginia were the random targets of a violent clique of the notorious MS-13 street gang, authorities said Tuesday.

Police and the FBI announced at a news conference that 12 members of the MS-13 "Sitios” clique in Prince William County have been charged in the killings. The homicides occurred over three months in summer 2019. Eleven of the 12 were in custody. The one being sought was believed to have fled to El Salvador. 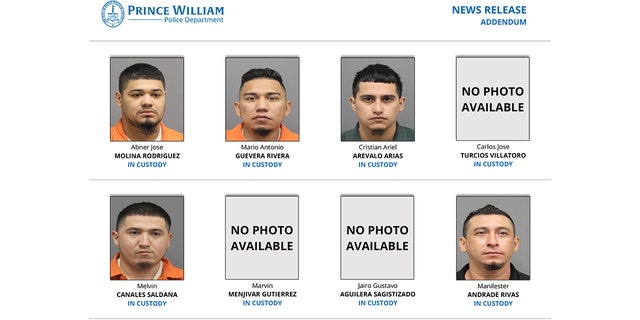 These eight MS-13 gang members were facing murder charges in Virginia, along with four others. The charges were announced Tuesday.
(Prince William County Police Department)

The murders took place as the Sitios conducted a large-scale drug trafficking enterprise that brought cocaine from New York to Virginia.

Seperately, authorities said they had charged four other Sitios members in connection with the narcotics operation.

The other two victims Milton Beltran Lopez, 40, and Jairo Geremeas Mayorga, 39, were found shot to death in Woodbridge in July 2019.

All four victims had no known connection to each other, Phelps said.

In federal court in Alexandria earlier this year, an MS-13 leader in El Salvador became the first gang leader to face terrorism charges in the U.S.  Another alleged MS-13 leader is facing a death penalty trial next year on charges of kidnapping and killing two northern Virginia teenagers in 2016.

Police said there are some connections between the charges announced Tuesday and the federal cases, but did not provide any details.